City council will vote this week on a proposal by Maple Leaf Sports and Entertainment (MLSE) to replace the much maligned Field Turf at BMO field, with natural grass. If you ask any of my fellow Toronto FC fans, getting the green stuff at BMO is a good thing. The players hate the turf. In fact, the only way we could get Spanish heavyweights Real Madrid here in the summer was to install a $250k temporary natural grass solution.

Field Turf gets blamed for everything from nagging injuries and missed goal opportunities to the price of beer at BMO, so it's no surprise that while TFC's playoff hopes fade for this year, MLSE is pushing hard to install a natural grass surface to make the players happy and maybe even to quiet the rising, very vocal disappointment of TFC's most loyal supporters.

Ryan Keay, president of TFC supporter group U-Sector says "there are a few problems with the Field Turf. Firstly, a lot of players prefer grass, and TFC has missed out on players because of the field. In addition, it leads to inconsistent play, because the ball just doesn't react to the turf like it would with grass. Bringing in real grass means that we can compete for players on a level playing field with other teams in MLS." 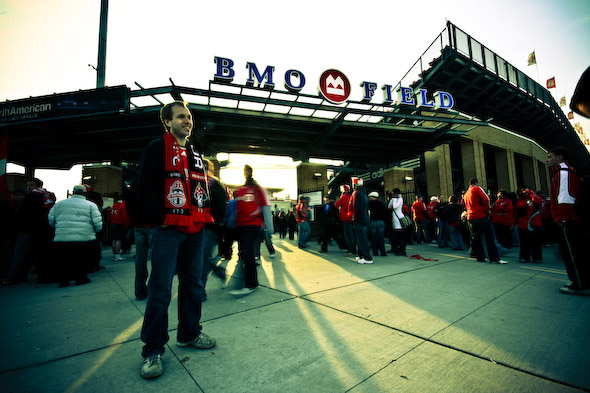 But this is about more than whether or not TFC will find itself battling for first place instead of a last playoff spot next year. In order to fulfill the community-use mandate agreed upon with the city when the stadium was first built, MLSE has to foot the bill to move the winter dome from BMO to nearby Lamport Stadium, turning it into a year-round facility in addition to building a new soccer field in South Etobicoke. 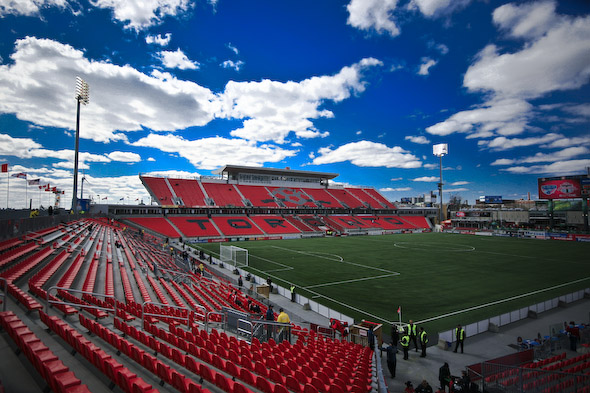 This new combination of facilities means community use for the fields in question will increase from 4800 to 7700 hours per year. The downside is that the new soccer field is outside of the area where athletics facilities are the most scarce, in the downtown core. The upside is that Lamport will be receiving some 1.2 million in desperately needed renovations to it's crumbling architecture. 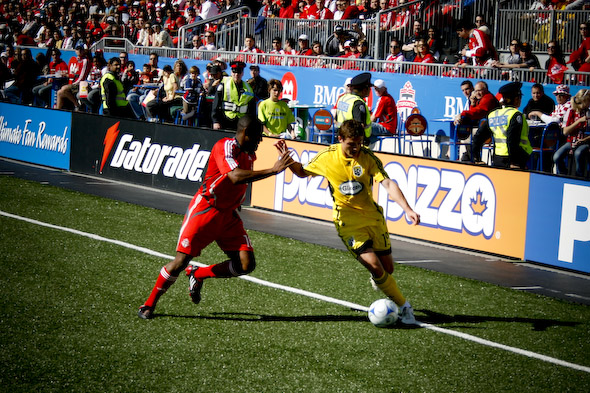 Miller opponents are quick to bash his support of this project partly probably because when it comes to TFC, he's a fan before he's the Mayor. You can easily find him on any given game day, overpriced beer in hand, hurling invectives at the pitch. However, it's really hard to ignore that despite the reduced community use at BMO itself, this project really is win-win. The city doesn't have to pay a dime on an already quite profitable investment, community hours have increased, and the fans can look forward to seeing top-flight players and teams, once hesitant to play in our home by the lake. 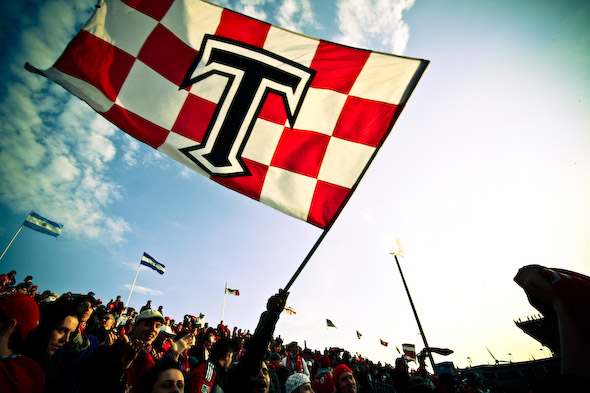 In the meantime, with renovations to BMO hopefully beginning in the winter months, TFC supporters will have to brace themselves for a long off-season of waiting, and dreaming of the sweet smell of grass come April.