Wheel of Thrills Daredevil Returns to the CNE

Daredevil Joseph D. Bauer is back at the CNE, showing off the original Wheel of Thrills aerial stunt.

Bauer, 41, performed at The Ex, back in 1981 with his parents and sister Lisa under the name The Fabulous Fearless Bauers. He's an eighth-generation circus performer, his family originally from Switzerland.

Bauer's act features him walking and running inside and outside of a 45-foot long wheel that rotates on a beam at 360 degrees. It's kind of scary to watch... there's no safety net to catch him if he falls. 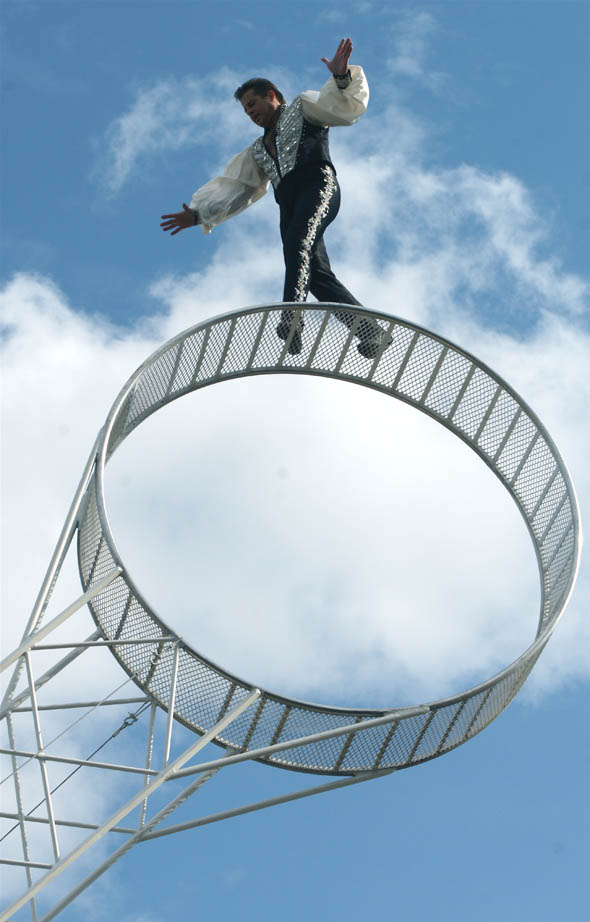 "I love performing in Toronto," says Bauer, who now lives in Sarasota, Florida. "The people here have been super nice." 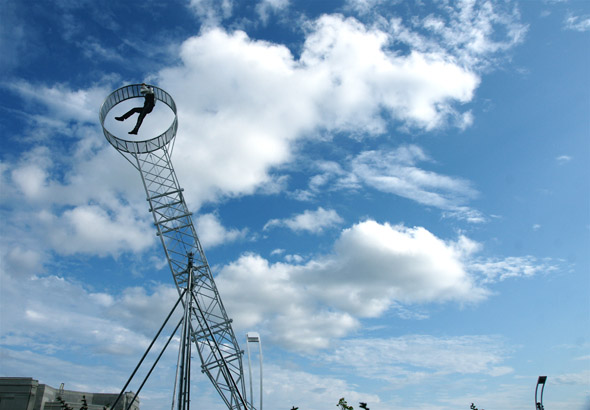 For extra thrills he also skips rope and walks blindfolded while running on the rotating wheel about five stories high. "When it gets a little windy, I feel it twice as much up there," says Bauer. 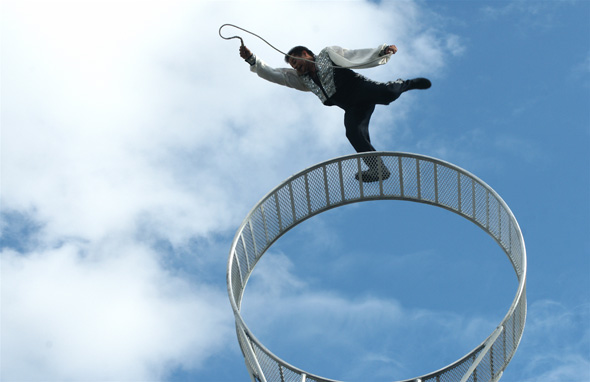 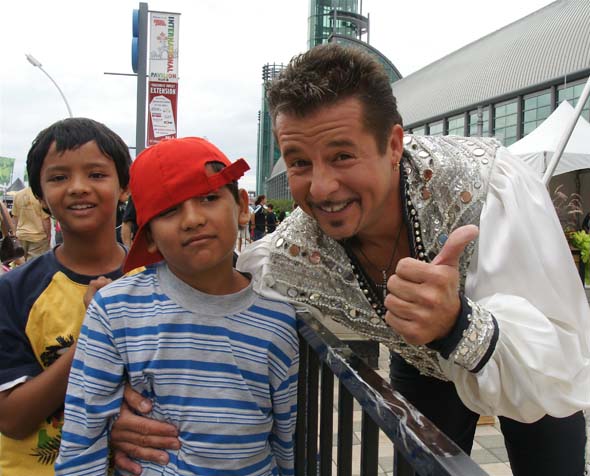 Harold, 10, and his brother Ivan, 8, pose with Daredevil Joseph D. Bauer after one of his performances.

Bauer performs his Wheel of Thrills twice daily at 2 p.m. and 7:30 p.m. in front of the Prince's Gates, weather permitting. He'll perform an additional show at 5 p.m. Thursdays through Sundays and on Labour Day Monday.