The Way Hockey's Meant To Be Played

As cold as it has been this winter, and it's been endlessly cold, the all too common double digit sub-zero temperatures in Toronto have been perfect for making natural outdoor hockey rinks. These are rinks with character. Rinks without boards, scoreboards or stands, replaced with snowbanks, boots for goal posts and open sky. Rinks where everyone becomes a kid.

Around the corner from my house, a few rinks like this exist. Since early January, the baseball park and outfield of Sorauren Park has been home to hundreds of pick up hockey games, dozens of shaky first skates, and another a great example of what a community can do with its park. 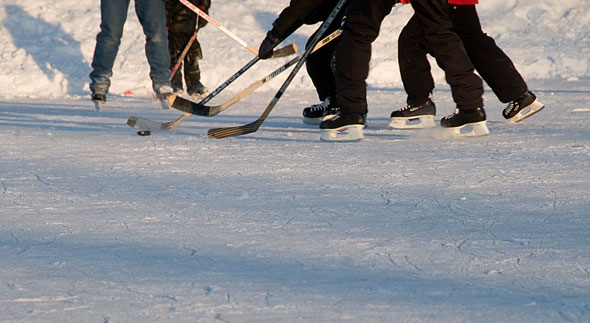 While I didn't play hockey and haven't owned a pair of skates in at least a decade, I couldn't have been happier to see the great sense of community appear in the bleakest of winter days. This weekend a tent was set up with "pay what you can" hot chocolate with proceeds going to the still infant Sorauren Field House. It's just so Canadian, and from what I can tell, the way hockey should be played, with boys and girls of all ages and abilities. 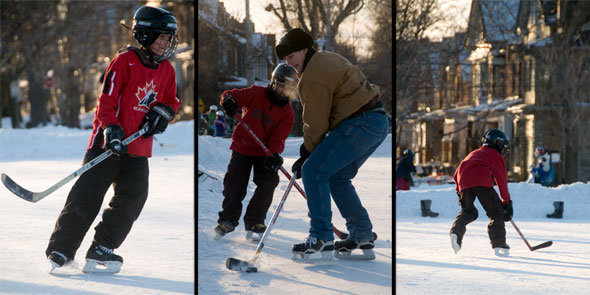 Sorauren Park isn't the only community to have their own rink. Wychwood Barns has created a massive ice surface outside its fancy renovated Artscape building. Sure, maybe the ice isn't perfect, even if they flood it every night, and sure it's still bloody cold out, but it's a great way to spend your day, and your evening.

And while they might not have the best natural ice in the city, they certainly come close. 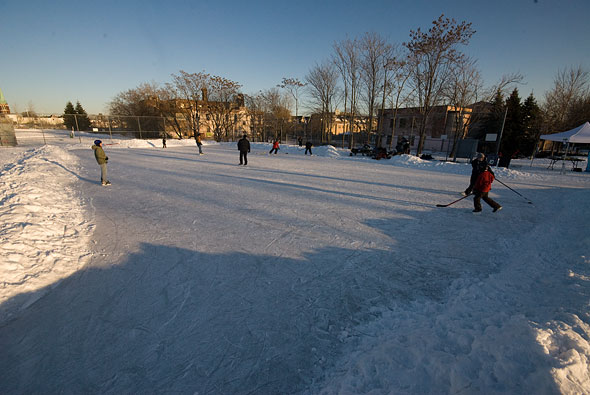