If you are not a big fan of soccer, I would agree with you, the Euro and World Cup are nothing but an annoying nuance nuisance to the city. It all seems a little over the top when you don't care that much and to be honest, taking street cars, taxis or driving is a hassle, even when you think you're taking a short cut, you inevitably run into a pack of fans in one niched corner of the city blocking traffic and waving flags.

Fortunately I've experienced the other side of soccer in this city. Although I am not much a fan of the sport in and of itself, I am a fan of the fans of the sport. Sitting in a bar with even just a dozen of any exuberant fans is contagious, and I suddenly feel compelled to care. It really is one sign of the greatness of our city. 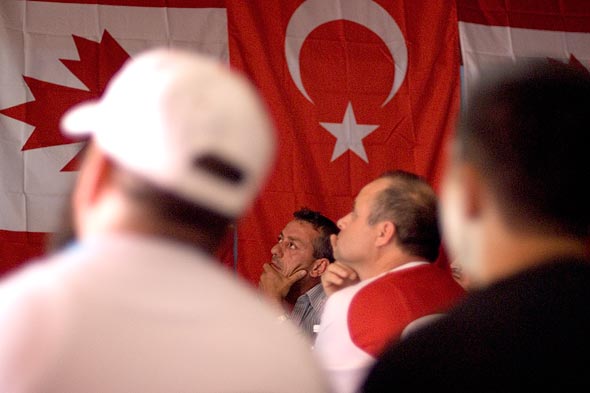 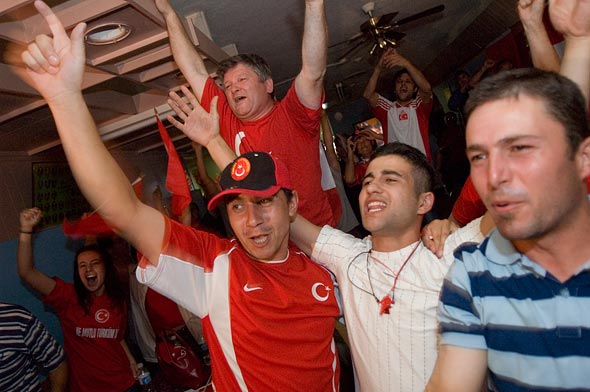 In 2006 I watched and photographed fans of every country in the World Cup cheering on their team. I took a much needed break for the Euro this year and I didn't follow the tournament at all. However one team kept winning despite all odds, and that team was Turkey.

And so, with cameras in tow, I decided to join the Turkish fans in Toronto for the semi-finals against Germany. I was far from disappointed. Despite the terrible television signal (that kept going in and out in the second half), it was a great match and Turkey was finally eliminated from the tournament after a series of historic come-back victories and one hell of a showing in the Euro 2008. 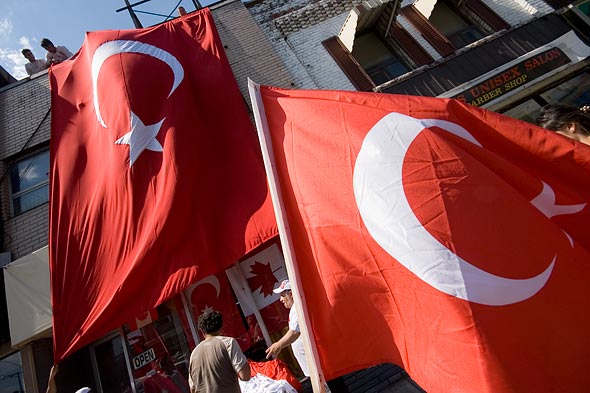 What was described to me as the largest Turkish flag (6x5 meters) in all of Canada was unfurled and draped over the entire front of the cafe Kara Altin during intermission.

Watching a game surrounded by huge Turkish fans is like traveling to a different part of the globe. There aren't many cities in the world that can boast a significant population of almost every country in the football playing world. Love or hate soccer, embracing it is one way to really love our city. 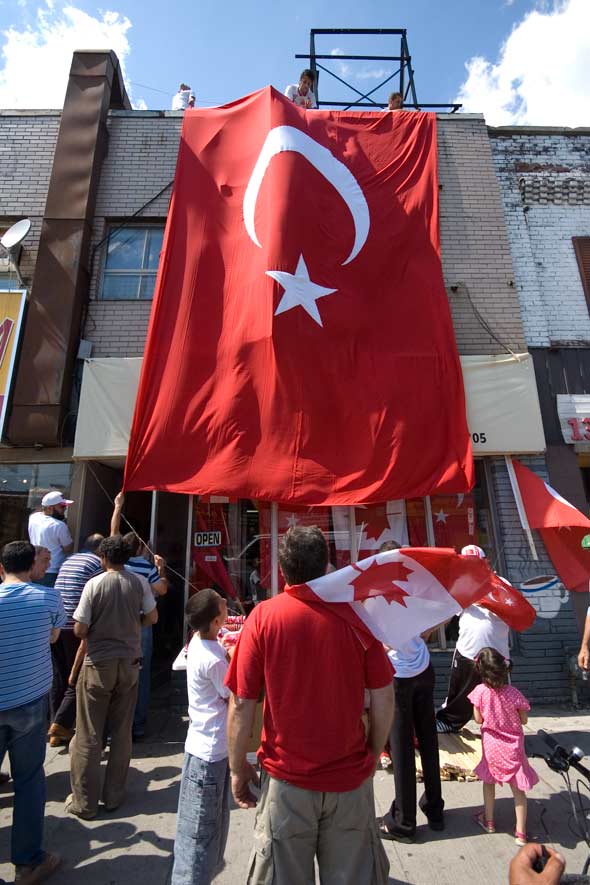