The Toronto Roller Derby League wrapped up their first season last night with a long-awaited championship bout between the Gore-Gore Rollergirls and Chicks Ahoy!.

The game was months in the making as the league was searching for a new venue but this was well worth the wait. Making the switch from George Bell Arena to Rinx, derby fans went from controlled cheering behind the boards to being seated 'rinkside', mere feet (sometimes inches) away from the ruckus.

Oh, and what ruckus there was... 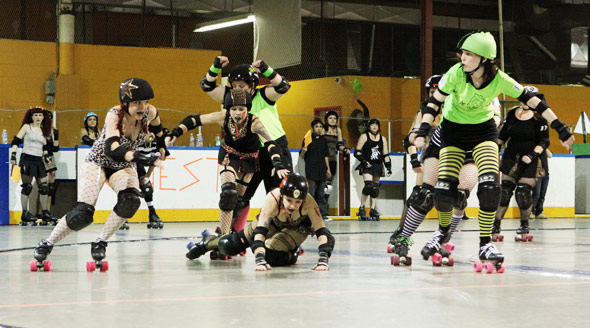 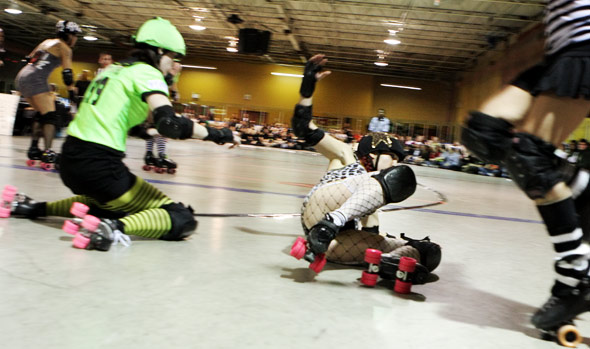 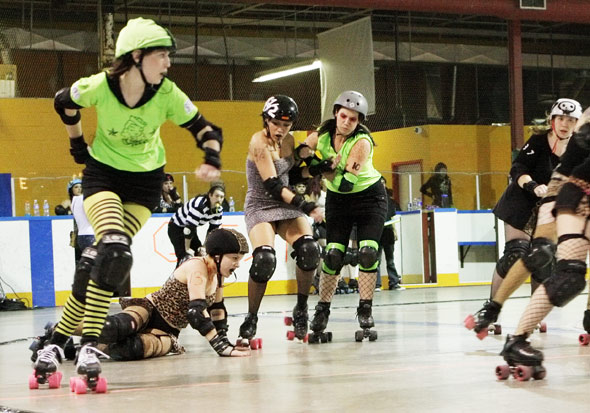 Of all the teams this season, Chicks Ahoy! is probably the toughest. They've got the hits, bumps and elbows down to a science -- even if it sends them to the box a few too many times. Unfortunately, what they lack consistency in is speed. 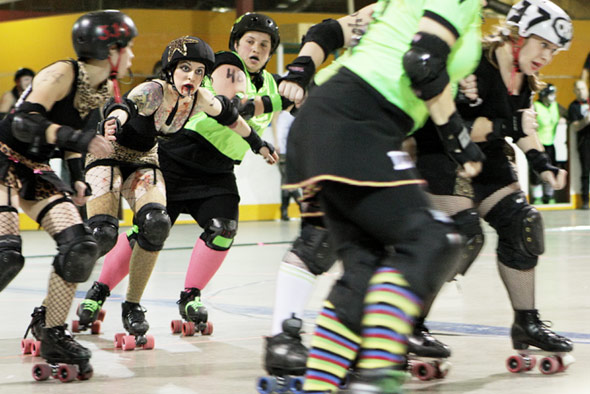 The Gore-Gore Rollergirls, in contrast, appear to be wearing invisible jet-packs. Their jammers managed to fly through the Chicks Ahoy! pack before any blockers could even wind up for a hip-check. 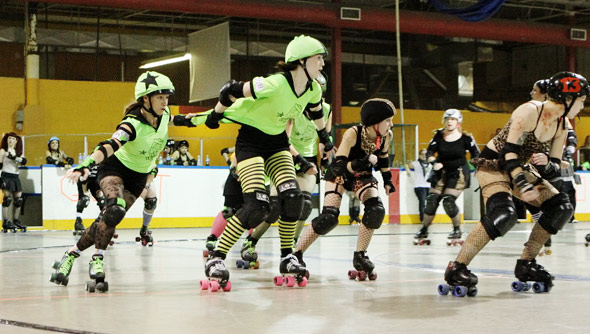 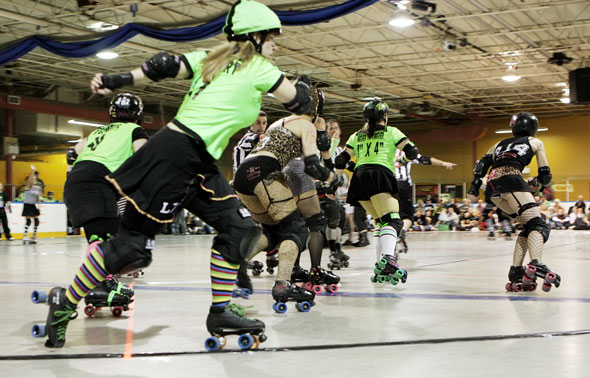 As a result, Chicks Ahoy! trailed badly at the end of the first period and despite some threatening jams later on, they just couldn't quite close that gap. 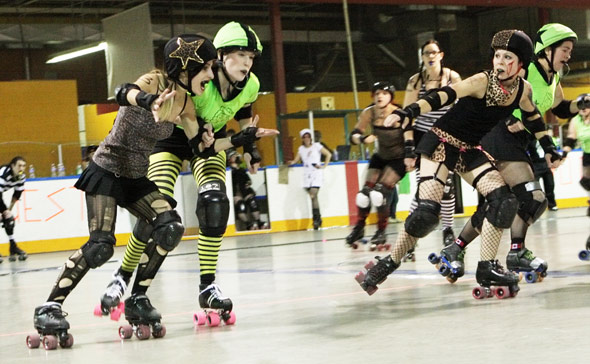 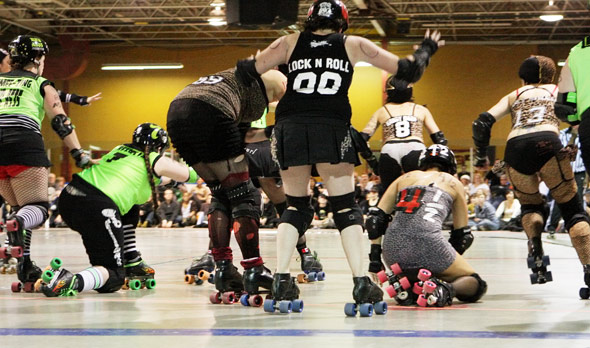 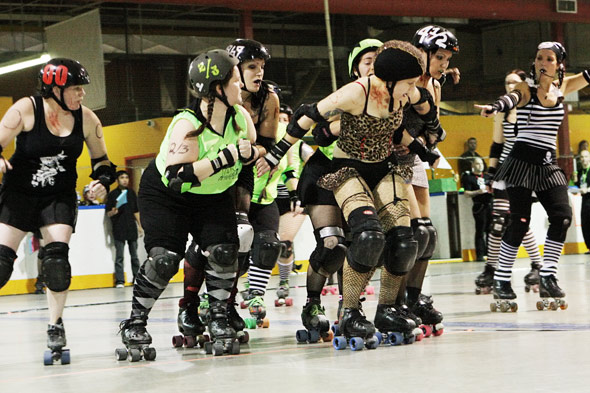 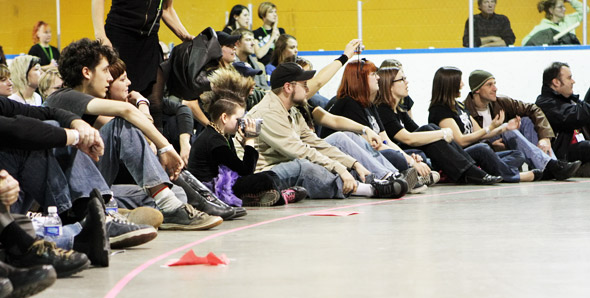 The Gore-Gore's took the title, the trophy and a rowdy victory lap around the rink. 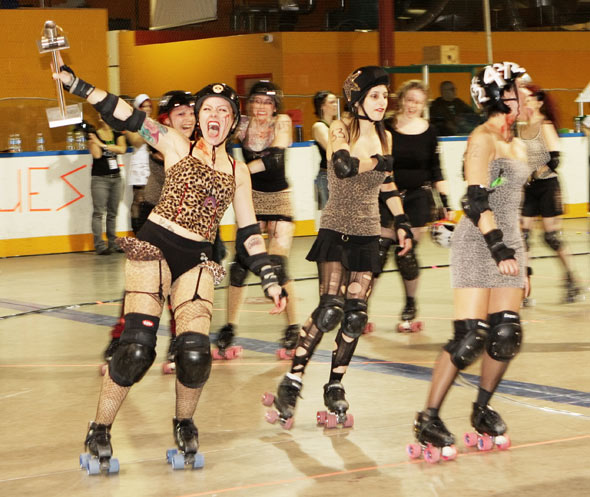 Toronto Roller Derby returns in May 2008 for another season. 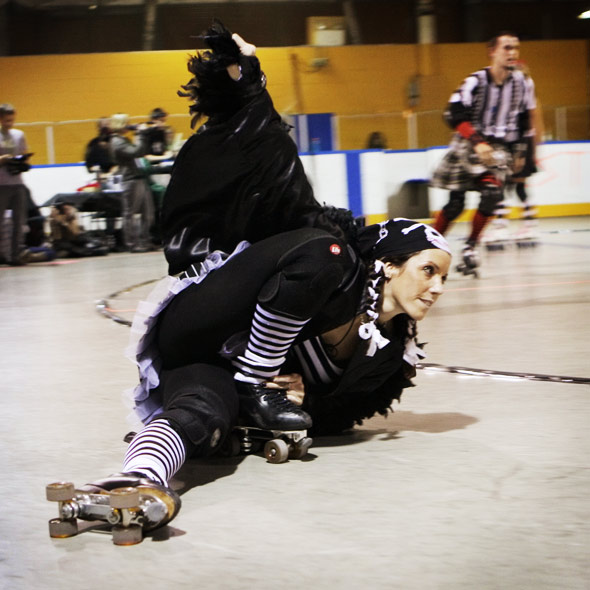 For now, you can help support the world's largest roller derby league by attending Roller Suicide, the TORD fundraiser party tonight (Nov 18th) at the Mod Club. Organizers promise bands, burlesque, rollergirls and prizes. What's not to like? The event kicks off at 7pm. Cover is $10 with a game ticket or $15 without. 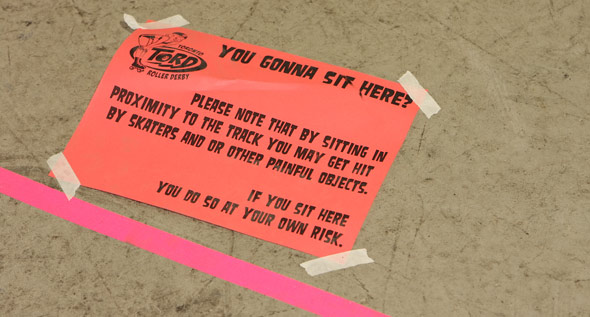