Ride for the Heart 2007 a long, leisurely hike up the DVP

There's no danger of not being able to find the start gates for Becel's Ride for the Heart; by 6:30 a.m. this morning, the streets of Toronto slowly began to fill with like-minded cyclists all funnelling down to the same point like rubber duckies toward an open drain.

I did the early-bird 50K this year, which starts at the west gates of Exhibition Place and enters the Gardiner Expressway, before heading up the Don Valley Parkway all the way to the York Mills exit and turning back. It took me about 2 hours and 15 minutes, which bests my 2005 time by about twenty minutes and change, but is nowhere near the league of the speed racers - who could be seen (and resented) charging up and down hills at speeds that would make a Smart Car jealous, leaving the more casual cyclists in their grinning wakes. All in good fun!

More photos from this morning's event below. 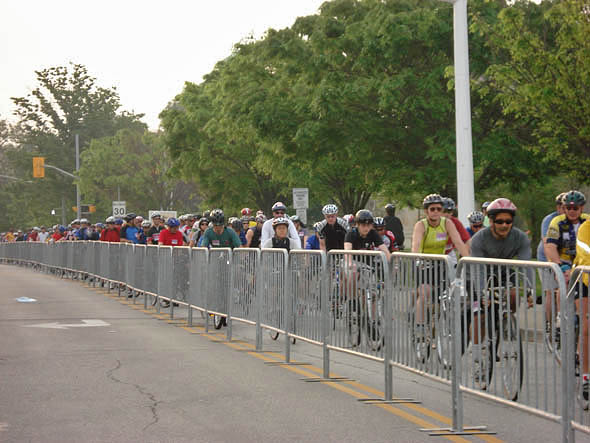 The real early-birds: the 75K marathon gets started at 6:45 this morning. 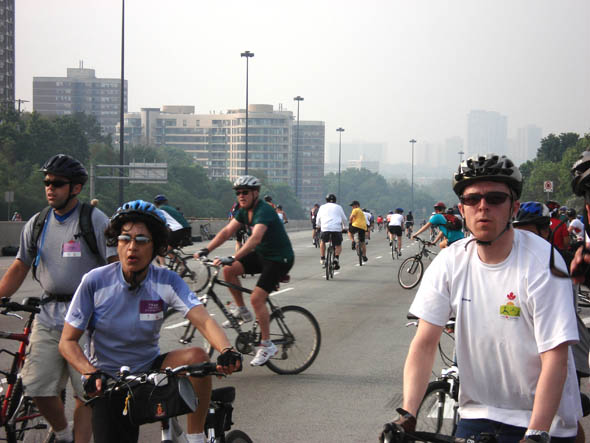 View from the top: looking south from the turnaround point at York Mills and DVP. 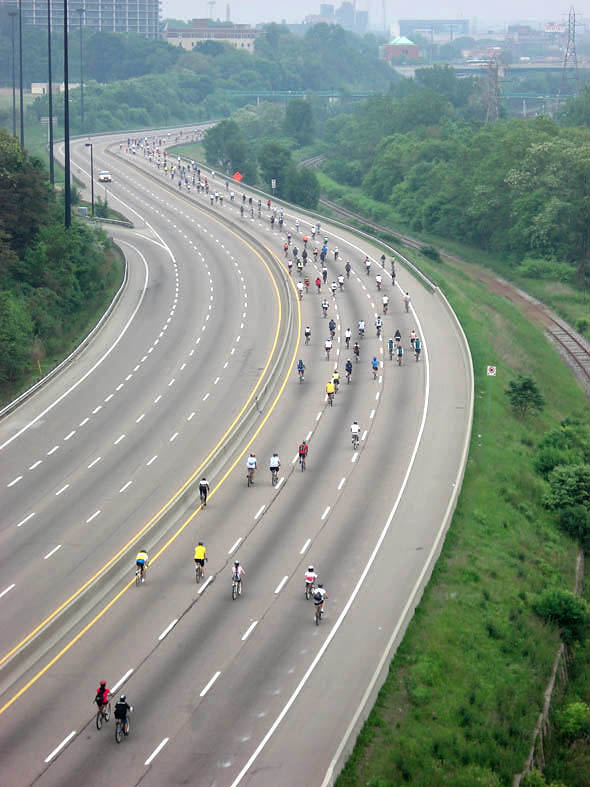 The regular-start peloton heads south towards the finish. (I used peloton in a sentence!!) 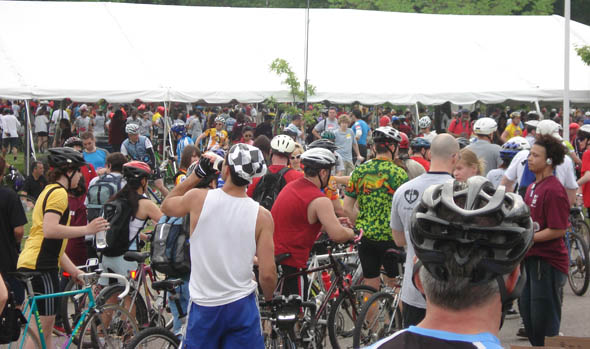