Victory Industries is the mom and pop version of a Toronto tattoo shop. Which is to say that the quote-unquote mom and pop in question are into a '50s aesthetic that includes antiques, rockabilly culture, motorcycles and, clearly, tattoos. Victory Industries is just a small storefront with antiques sitting in the window and two motorcycles typically parked out front, and it's nestled along Dundas West , a few streets down from Archive Tattoo . 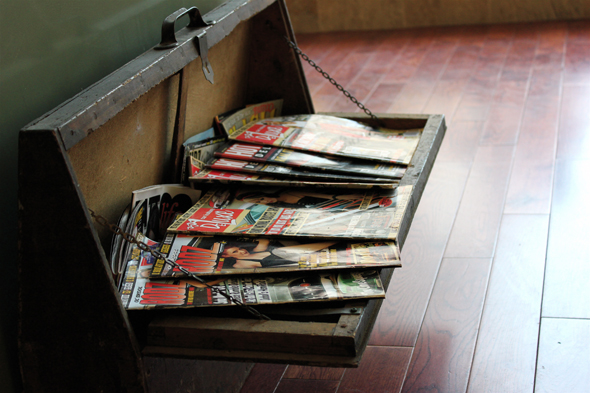 "We wanted it to be distinctively us," says Cassidy Ritz, who opened the shop with her partner Kevin Harper, the shop's main tattooist, back in April. "It doesn't look like much, but it's everything." The shop, like Ritz and Harper, is humble. Partitions running along the cozy shop separate the tattoo "rooms," while a couch and magazines line the front area alongside the classic pinball machine and other antiques. 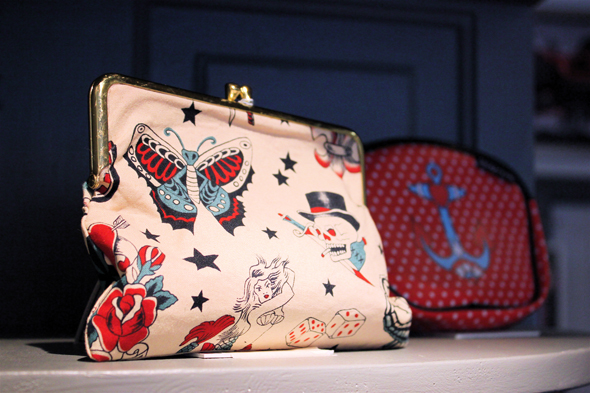 The back of the shop is comprised of a growing selection of clothing and accessories. The clothing is curated by Ritz, who is looking for other local, vintage-influenced designers to grow the collection. 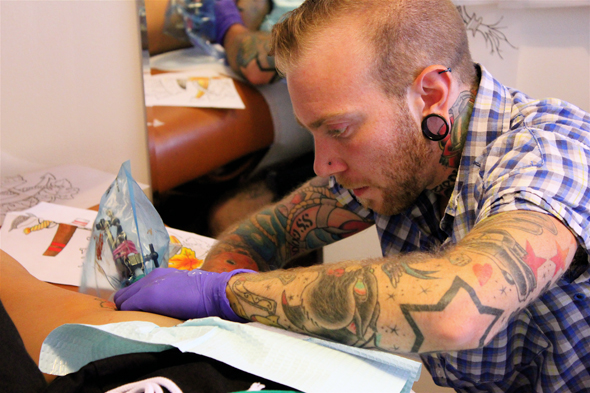 The three tattoo artists are Harper, Ty Austin, and David, the shop's apprentice. Harper, 47, got his start by tattooing out of his apartment some 15 years ago. He owes his real start--which is to say tattooing outside of his apartment--to Toronto tattoo icon, Bill Baker , who is now at Pearl Harbour in Kensington . Baker was doing a two-year-long back piece on Harper's girlfriend at the time, when Harper got the courage to ask Baker for advice. 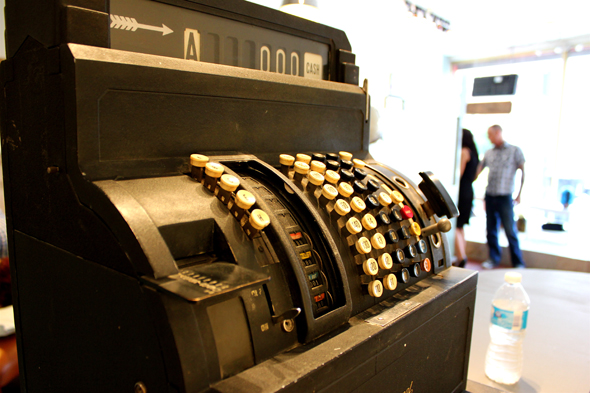 "He was pretty free with his information," says Harper, after he admitted to working out of his apartment. "I totally owe him." Baker later helped Harper get his foot in the door at King of Fools , which is where he started his career. Harper also received a lot of advice and tattoo equipment from one of Toronto's pioneer tattoo artists, Beachcomber Bill. Beachcomber, little known today, was the artist in the '60s and '70s who ran Beachcombers Tattoo Studio on Queen West , which closed its doors in the mid-'80s. 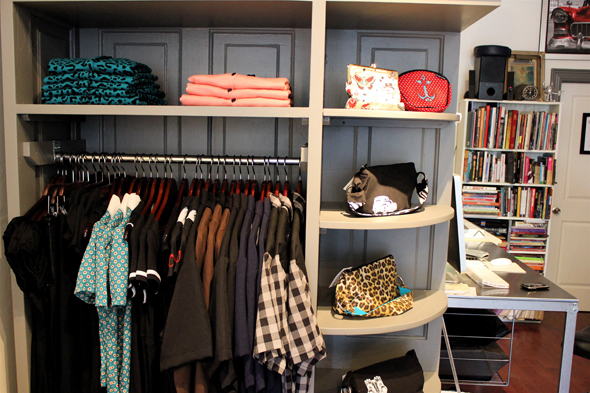 "We don't want to be the best, necessarily," says Ritz, sinking into the vintage couch in the front of the shop. "We just want to give people good tattoos and a good experience." Thus, their come-as-your-are open-door policy and traditional-style tattoos. "I'm not here to set the road on fire," adds Harper. "I'm just here to make people happy with good tattoos." 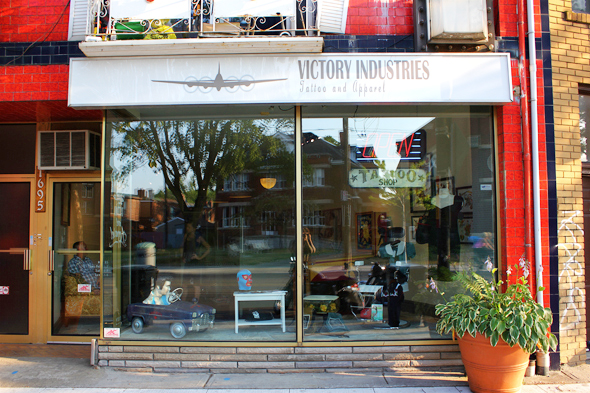