But the thing that immediately stuck out to me on my first visit was that unlike other sex stores in Toronto, Red Tent Sisters doesn't cover up its windows. While I recognize that the idea of the shrouded window is to give shoppers a little privacy, I think it also has the latent effect of making its contents seem somewhat taboo. It's unintentional, of course, but I think the effect is still there. 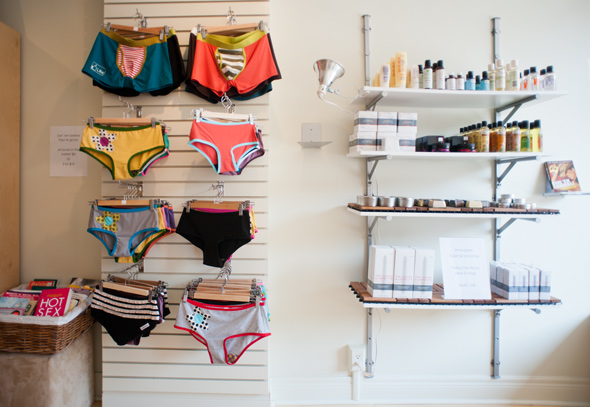 Kim and Amy Sedgwick, therefore, wanted to create space that was inviting and casual, with a layout that deliberately introduced their more "explicit" merchandise gradually. The front of the store stocks an assortment of teas, books, cards, and hygiene items, with sex toys and videos arranged closer to the back. 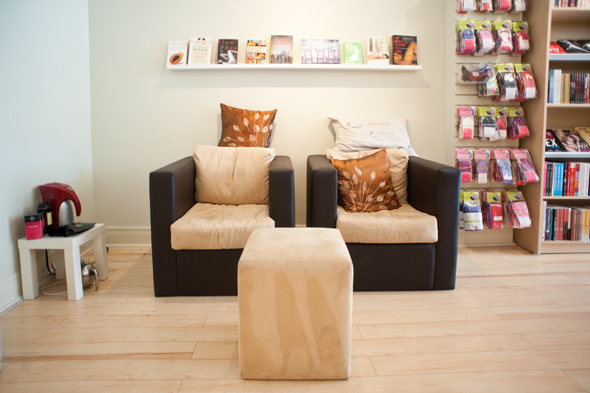 "We wanted to make this place really comfortable for someone who might not otherwise walk into a sex store," Kim tells me as we take a seat in the shop's 'reading nook.' "We really try to serve all different types of clientele." 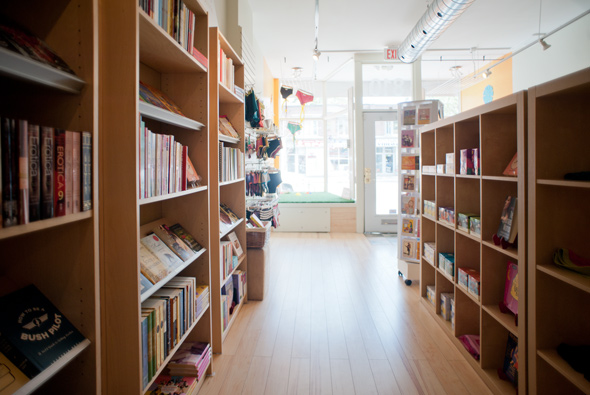 Red Tent Sisters opened back in 2007 after Kim had returned to Toronto, having completed her Women's Studies degree out in Halifax. Her sister, Amy, had recently given birth to her daughter, and was looking for new and natural forms of birth control. Kim introduced her to some of the concepts she had learned out east, and the two delved further into studies of women and reproductive health. 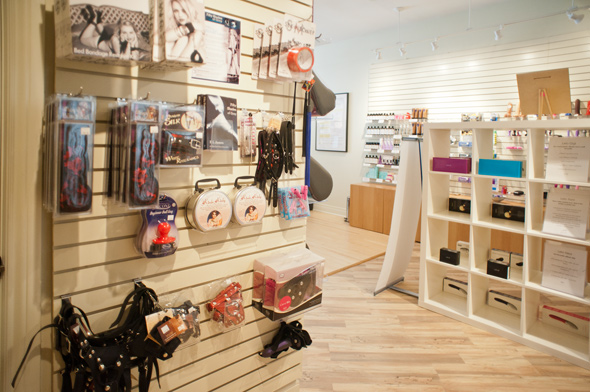 Eventually, the sisters had the idea to launch their own business (inspired by a store called Venus Envy , Kim says, which is located out in Halifax), and named it after a fiction book about a "red tent" where menstruating and birthing women would gather and swap wisdoms. The "Sisters" part is self-explanatory. 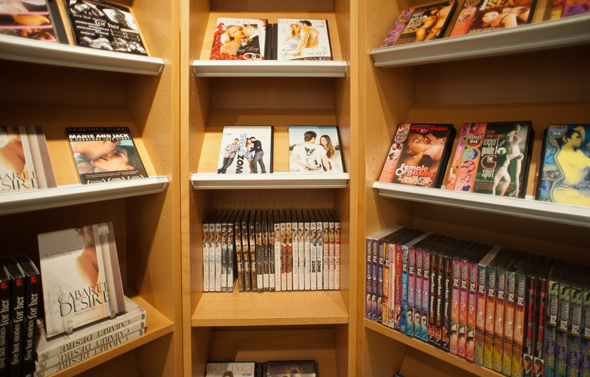 The store is also quite eco-focused, selling items such as Lunapads, Diva Cups, organic lubricants, and Candi Factory organic cotton underwear. All of those I had seen before, but items such as FertiliTea (a tea to $20) and books on the "Justisse" method of birth control were new to me. 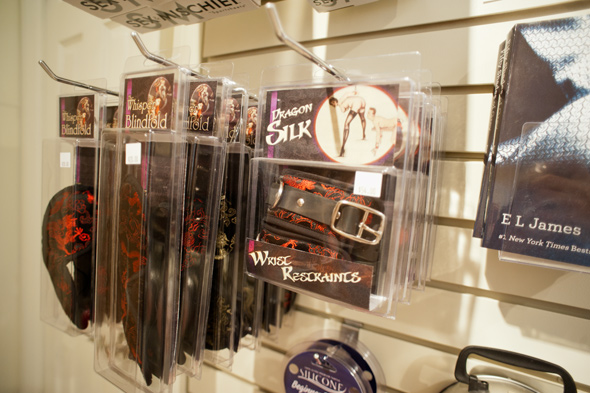 Kim says Amy regularly runs programs teaching the Justisse method, which she explains as a more "involved" sort of rhythm birth control method that recognizes that a woman's cycle changes month to month. 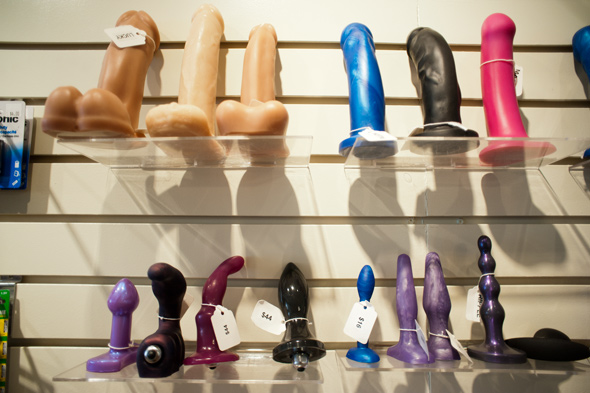 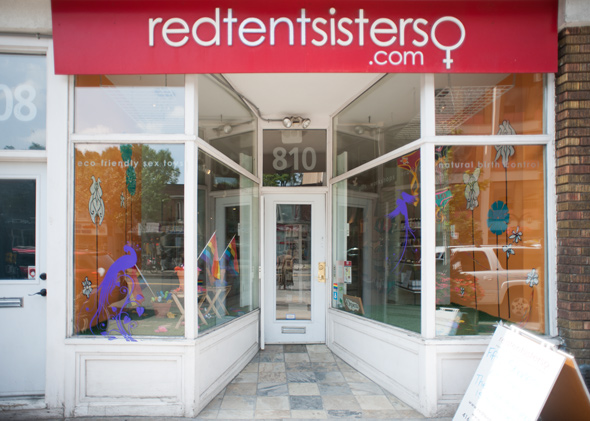