Z-Teca just opened and already it has the look and attitude of a burgeoning burrito chain. It probably doesn't help (or hurt, depending on your preference) that their first location is in the Commerce Court food court, better known as fast food central with company like Harvey's, MMMuffins and Edo Japan. And, they already have a second location slated to open near King and Spadina where signs hype the burrito's size and quality as being for the two-fisted gourmet.

A pre-emptive strike at Chipotle ? A warning across the bow of Burrito Boyz ? The intrigue was killing me (not really) so I finally made my way into the depths of Bay Street's convoluted PATH to find out whether Z-Teca brings it or blows it.

First impressions are good. I'm liking the plywood and sheet metal motif and the font of the gourmet burrito sign actually has me convinced they just might be. The menu, though, is a mixed bag. It could definitely benefit from some less carnivorous options. There's no fish burrito, no tofu, no soy cheese, no pinto beans and a knife full of guacamole costs an extra buck.

But on the plus side everything is easily laid out and simple to follow (see menu below) with intriguing options like beef barbacoa and a black bean and corn quesadilla.

Since many burrito joints don't offer the option, I elect for a shrimp burrito. With guacamole and tax it comes to $8.76. I suppose in an era of rising oil, wheat and corn prices, not to mention a devastating wipe-out of California avocado plantations , I should be thankful a burrito is still less than $10.

The burrito is served lightly grilled, wrapped in foil, but a little on the small size compared to what I was expecting. And the taste? Much to my stomach's hopes, it's one of the better burritos I've had in the city lately.

All the ingredients are working in perfect harmony - the white rice, three kinds of salsa, the black beans, the freshly-grilled shrimp (I counted about a half dozen of them) and decent guacamole.

It might just be a burrito chain I'll grow to love. 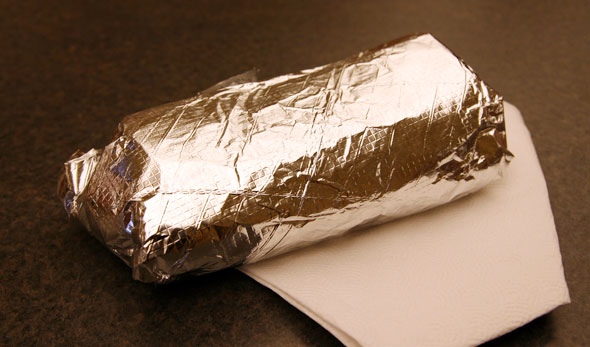 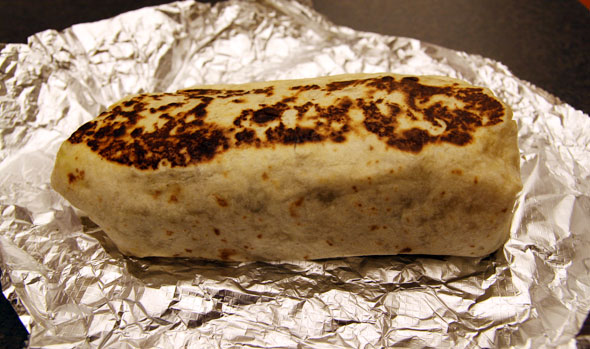 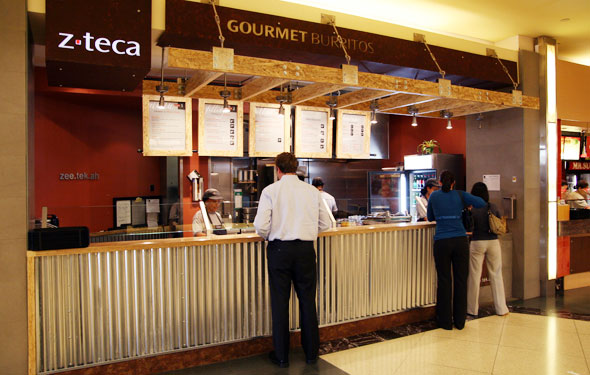