Waffle U is located at the corner of an unassuming strip plaza in Vaughan. Here, the owner and classically-trained pastry chef Alex Puzo serves up handmade Liège waffles.

The store's bright red-and-yellow signs beckon me inside. Murals by Caitlin Sproat, or C8mk , harken back to Belgium, where Liège waffles originated. There's plenty of seating, since Puzo's waffles are hard to eat on the run. 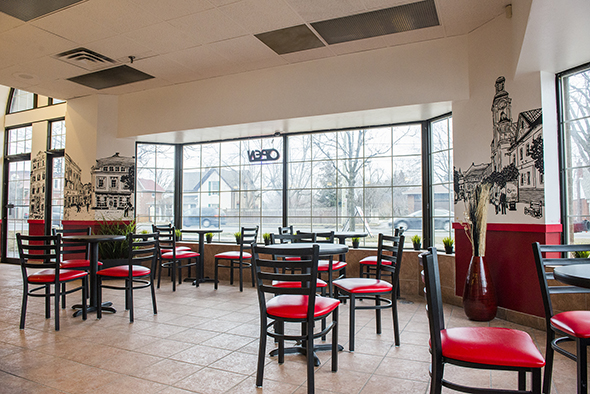 Puzo explains that instead of opening a full-service bakery, he wanted to do something on a smaller scale.

"I'm like, let's start with waffles," he says. It was one of the first treats he learned how to make while studying pastry arts in Europe. 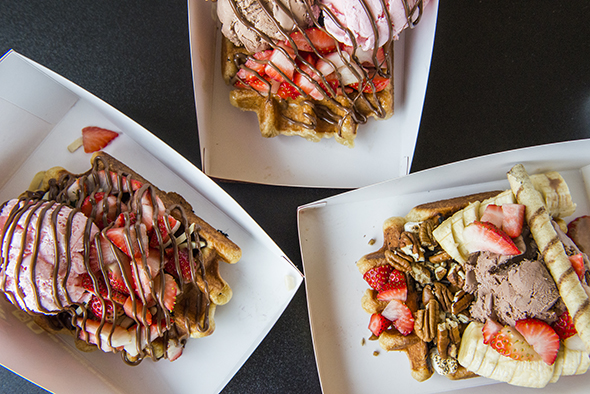 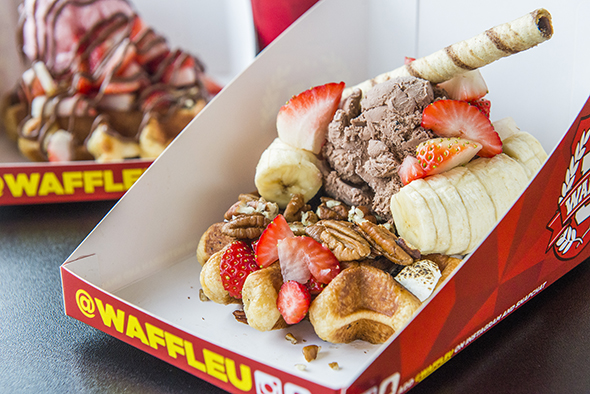 Unlike other more popular varieties, Liège waffles are yeast-based. Puzo notes that his recipe dates back to the 18th century. Each batch takes him about 24 hours to make.

Puzo works pearl sugar (derived from beets) into individual balls of dough right before he puts them in the waffle iron. Naturally, he cooks each one to order. 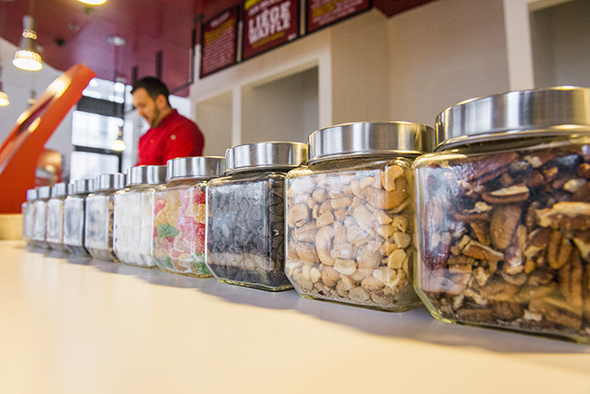 The waffles emerge with a shiny, caramelized exterior and look good enough to eat plain. Puzo, however, offers customers a slew of unlimited toppings, from fresh fruit and Nutella, to speculoos (cookie butter), cashews, gummy bears and, of course, ice cream. 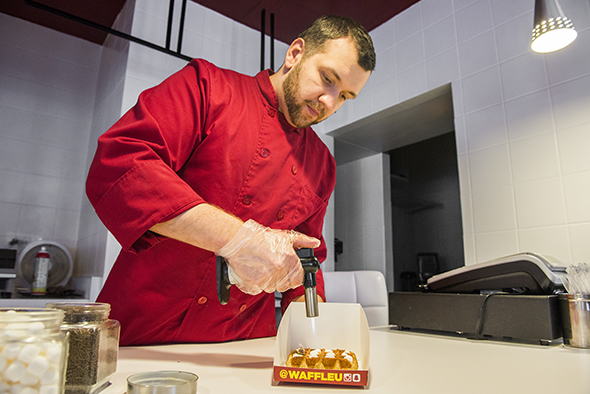 I grab one topped with marshmallows which Puzo carefully toasts with a blow torch before throwing on strawberries, banana, pecans and chocolate ice cream.

Each order comes in a red cardboard container marked with a number out of 99, which is the number of waffles he makes per day. I get 33. 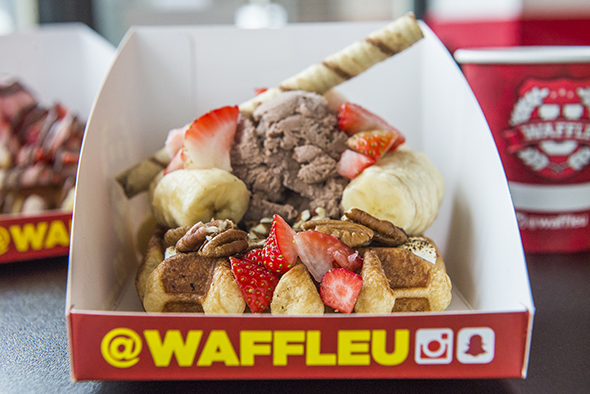 Currently, Puzo doesn't have a website or phone number; he communicates to customers solely through Instagram , where he racks up hundreds of "likes" for his creations. Many use the app's personal messaging feature to ask about how many waffles he has left - there's no point driving up to Woodbridge if Puzo's out for the day.

Like his limited supply of waffles, his menu remains sparse. I sip a cup of black coffee ($1.76) to cut through the waffle's sweetness, but aside from hot drinks (coffee, tea, hot chocolate and apple cider) there's not much else to order. 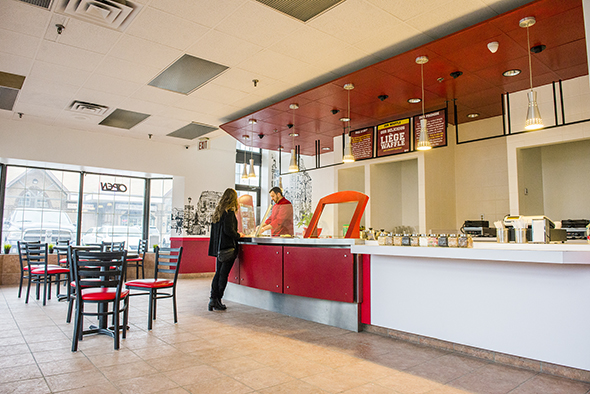 His reason for his small menu is simple. "I want to be the best at waffles," he says. And he may not be far off. 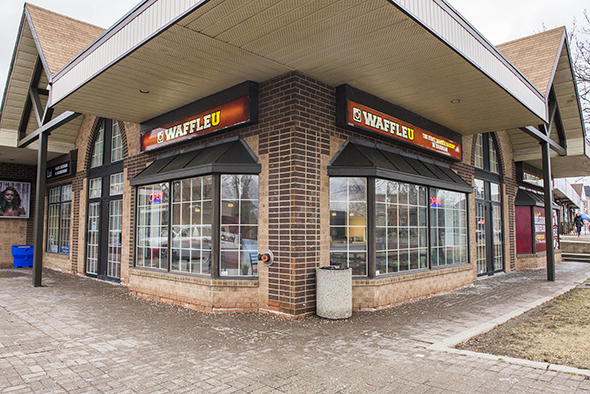