Szechuan Legend may not have a storied history, as its name suggests, but my experience there was fit for the books. The introduction was marked by a roundabout search for a sign that was far too visible for the trouble me and my navigator had spotting it. Once in the crowded parking lot we managed to sneak into the equally packed dining room, though not so conspicuously. We were the only non-Asians in the place, which is always a definitively positive sign upon an inaugural visit to a dim sum establishment.

While there were a couple of very friendly staff members, I didn't quite get the feeling we were being treated equally, as no one offered us any water or tea, which we were charged $1.00 for when it was ordered.

While there is an extensive menu of Szechuan dishes we opted for an assortment of dim sum and a hot and sour soup. Admittedly, as the plot unfolded we learned that some of the food was hit or miss, but the $2.20 price tag per dim sum was bang on. 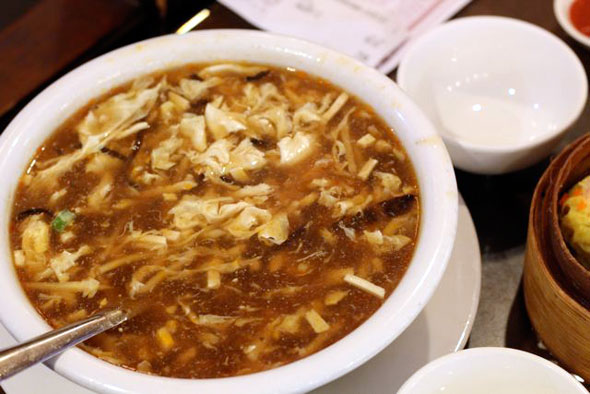 The hot and sour soup, $6.99, was plentiful, but practically pitiful, lacking in depth and with an overly thin consistency. 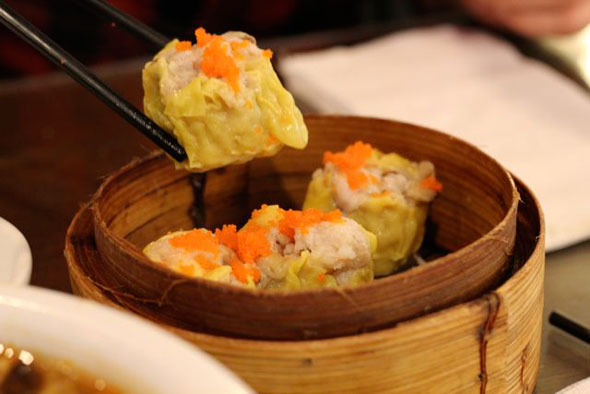 Staples of any dim sum meal, the Shu Maii (steamed pork dumpling with shrimp and fish roe) and Haar Gow (steamed shrimp dumpling) did not disappoint. The Shu Maii was moist and featured an entire shrimp at the base, which can be rare. 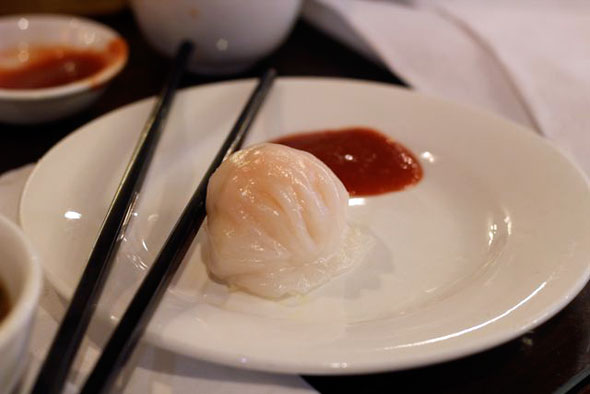 The Haar Gow had a delicate casing and was packed full of meaty shrimp.

The BBQ Pork Cheong Fun (rolled rice noodles with BBQ pork and sweet soy sauce - top photo) was a bit starchy and thick but the pork inside was quality. 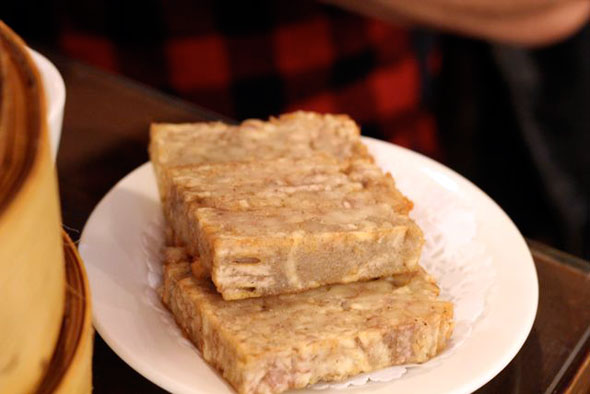 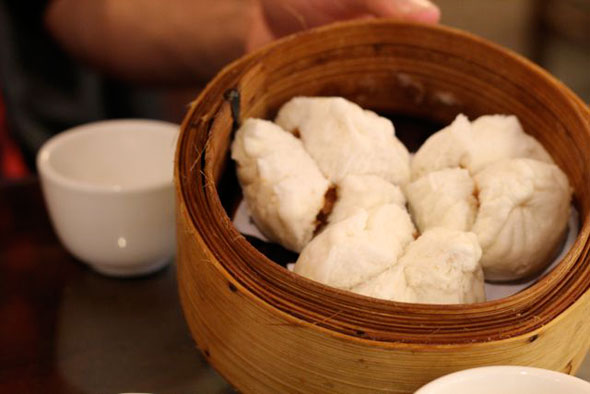 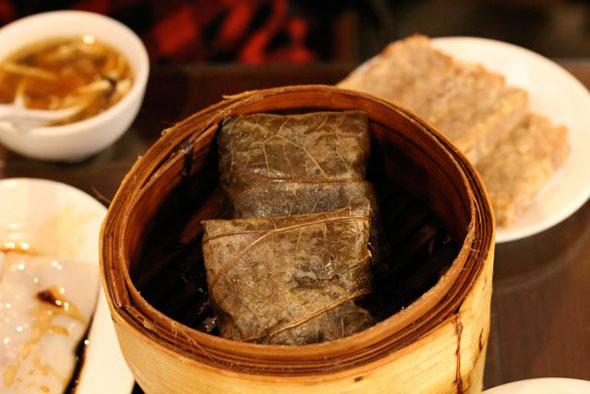 Honourable mention goes to the Steamed Sticky Rice with Chicken in Lotus Leaf with a fine balance of salty chicken and sweet, soft sticky rice. No mystery sausage made its was into the package, however - one of my most relished discoveries in any order of sticky rice. 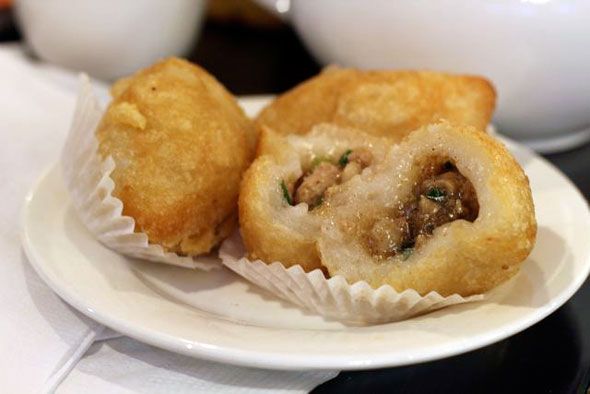 The outright highlight took the form of Ham Sui Gok; "footballs", as I like to call them. Deep fried crescent shaped balls of glutinous rice stuffed with minced pork and vegetables that were piping hot, perfectly portioned and begging to be ordered again. Legitimately, the Ham Sui Gok was the best I've ever had outside of Shanghai. 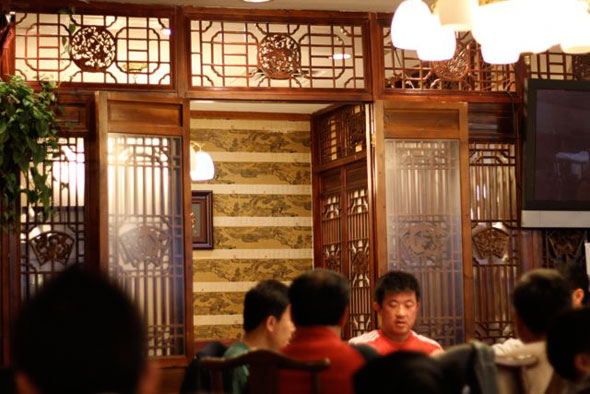 Next time I'll make sure to order some specialties off the menu, which donned the tables of the more clearly well versed locals. Conclusion: no carts, but it was hot, fresh, and worthwhile. 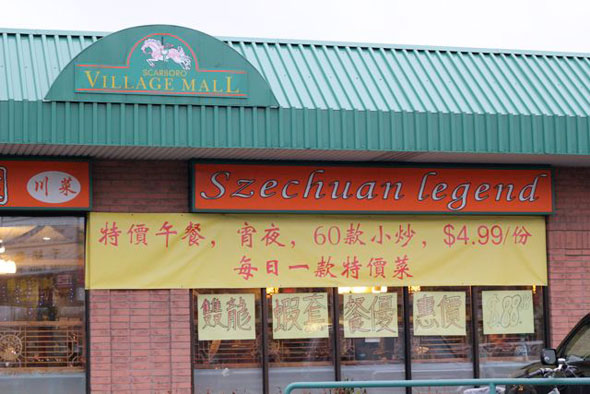