Sorella Toronto in the Junction keeps things super simple - the shop's main purpose is to offer up traditional, homemade, Italian sausages. Owner Mario Garisto makes them from scratch, from a recipe that's over a century old, passed down from his great grandmother.

His Calabrese-Canadian family has been making links the old fashioned, southern Italian way for as long as he can remember; as a kid, finally being allowed to take part in the family tradition by turning the meat grinder crank was a rite of passage in his house. 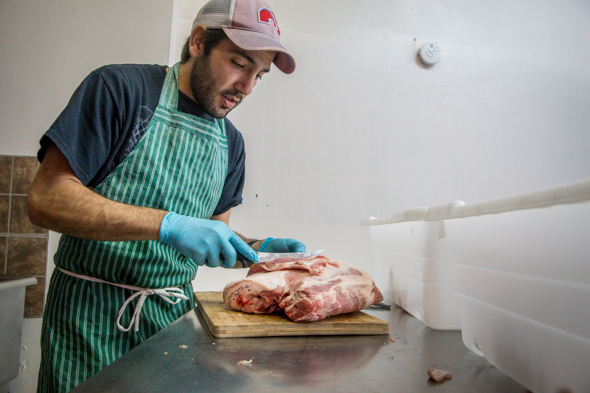 Garisto makes his pork sausages (move along, vegetarians and peeps not into eating pig) from all-natural ingredients, including the casings. Not many things go into them - just pork butt from Nosso Talho that Garisto butchers and grinds himself, a bit of salt and pepper, maybe some dried crushed chillies from Kensington's House of Spice and fennel (Garisto's not a fan but customers have requested it). That's about it. No additives or preservatives. No gluten. 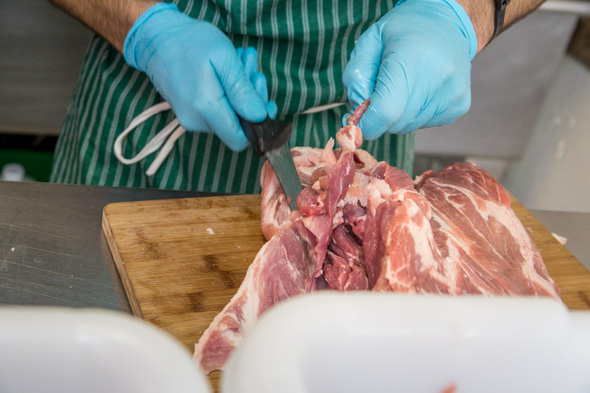 The menu's pretty straightforward: you can get a mild, hot or "Garisto hot" (he assures me it's not unbearable) sausage on a fresh Solero Mediterranean Bakery bun ($5); a lunch combo of the sausage & bun with fresh rapini and a bottle of water ($6); or an "ultimate" combo with all the previous items plus a Bar Ape handcrafted gelato bar for dessert ($10, or $5 if you just want gelato on a stick alone - those bars are addictive). 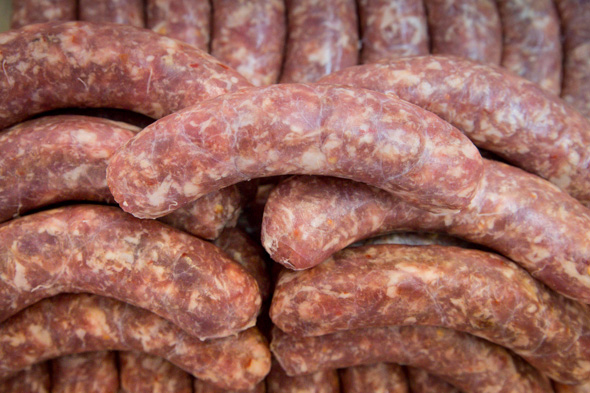 At lunchtime (closed Mondays), Garisto barbecues the sausages outside. In addition to rapini, they can also be topped with caramelized onions and homemade garlic oil with scapes. There's ketchup, mustard or mayo too, but these aren't exactly curbside vendor links that need to be doused with condiments - they're flavourful enough on their own. 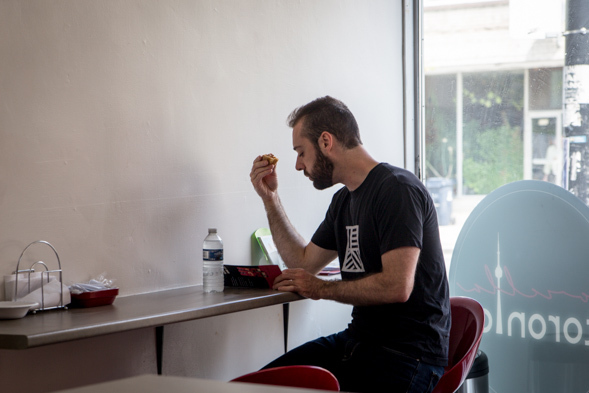 In keeping with the theme of simplicity, the decor of the shop itself is minimal, with a couple of stools inside and a bench outside. Family photos of happy sausage-making times are on the wall, and a 50-year-old meat grinder sits proudly on display. 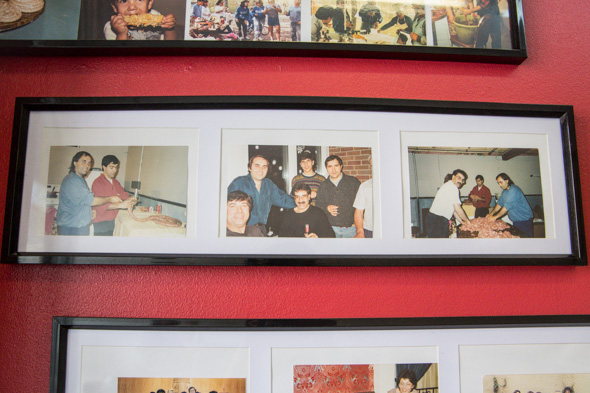 You can see into the kitchen where Garisto makes his sausages, which are also sold wholesale (one link for $3, four links for $10), so you can cook them yourself at home. Indie Alehouse and Marky & Sparky's Smokehouse buy their links from Garisto.

It's clear Garisto likes to engage with local businesses. He also aims for Sorella to be an affordable neighbourhood joint where people can buy quality food made fresh. He wants to get it into people's heads that you don't have to spend a lot to eat well. "The reception from the neighbourhood has been overwhelming," he tells me. So maybe they're learning. 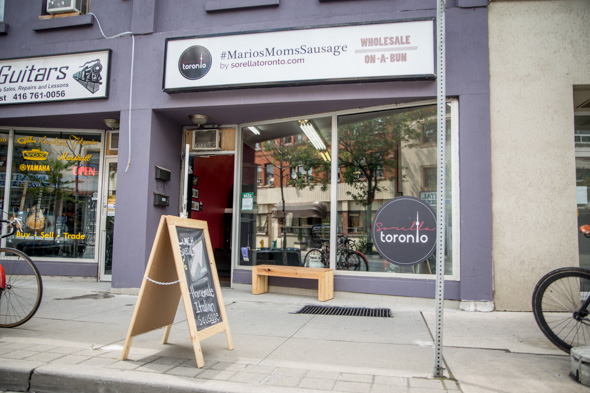