Saving Grace is one of Toronto’s most popular spots for all-day breakfast, brunch, and some of the best French toast in the city.

Open since 2000, the place now draws lineups even on weekday mornings, so if you want a spot plan to get here early or wait. 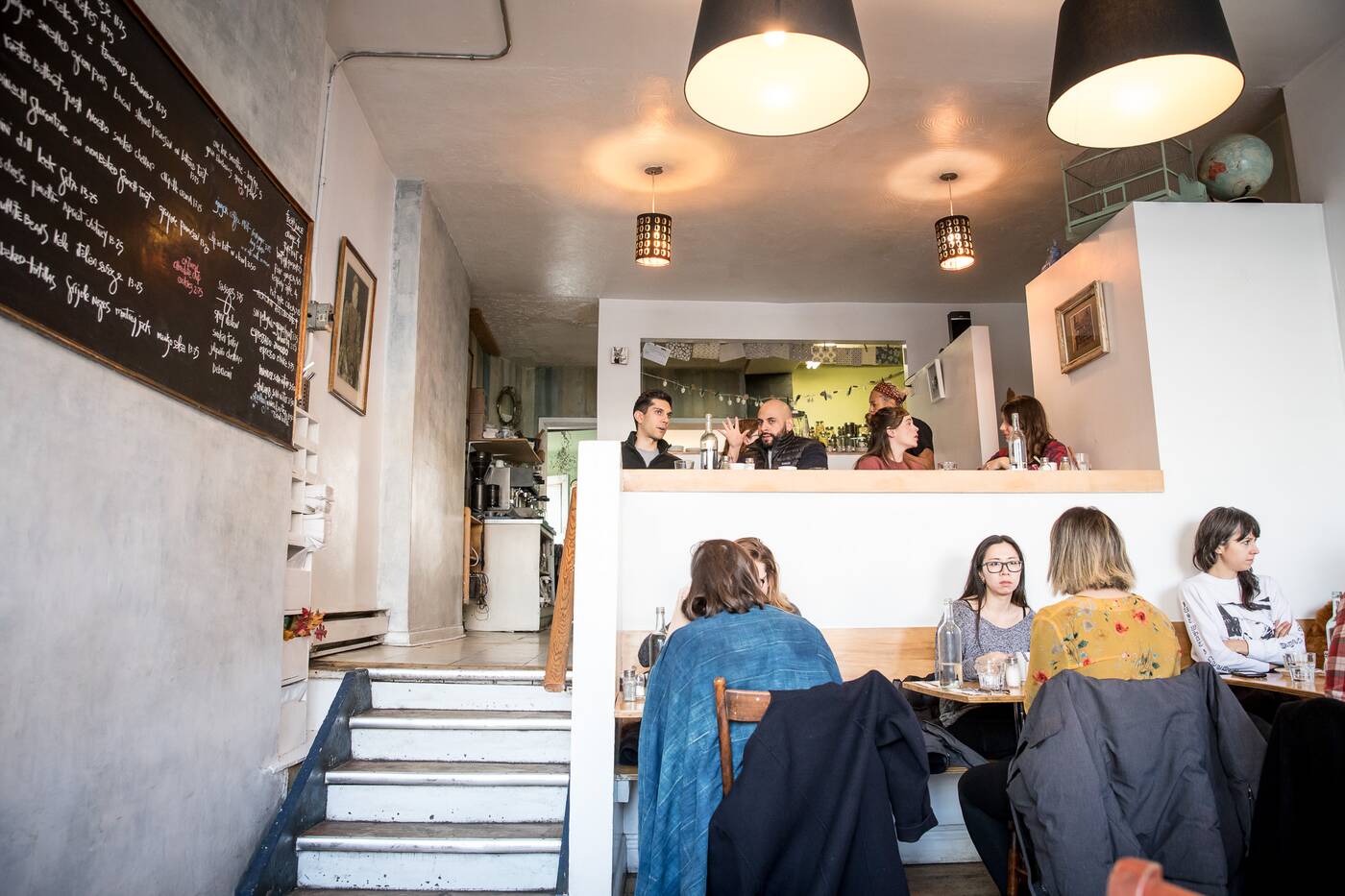 The 26-seat space is divided into a quirky upper and lower area, though the bathrooms do happen to be in the upper portion. Feeling a little like a cool friend’s apartment, a painting of a woman feels almost like a mascot for the restaurant (one named Grace, perhaps). 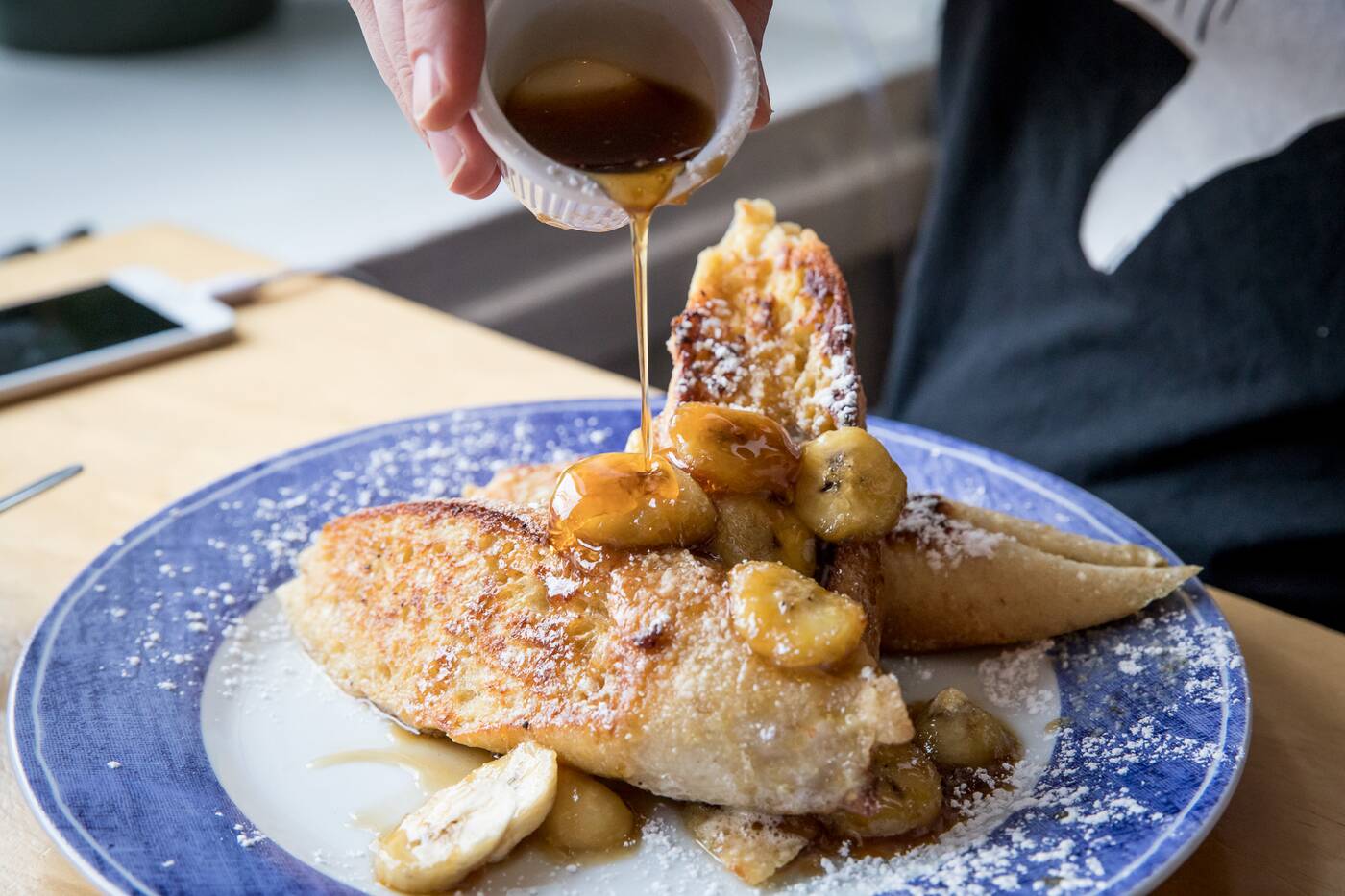 French toast has been done justice here since this place opened, always made using day-old baguette from Riviera Bakery a stone’s throw away.

Dipped in egg, milk and nutmeg and fried in a little oil and butter renders the slices golden brown, spicy sweet and spongy with just enough chew. Bananas done up simply in brown sugar and butter complete the picture.

There’s also always a savoury French toast on the menu for $13 stuffed with apples, gruyere, and onion, as well as a savoury waffle with egg, Swiss, avocado and jalapeno for the same price. 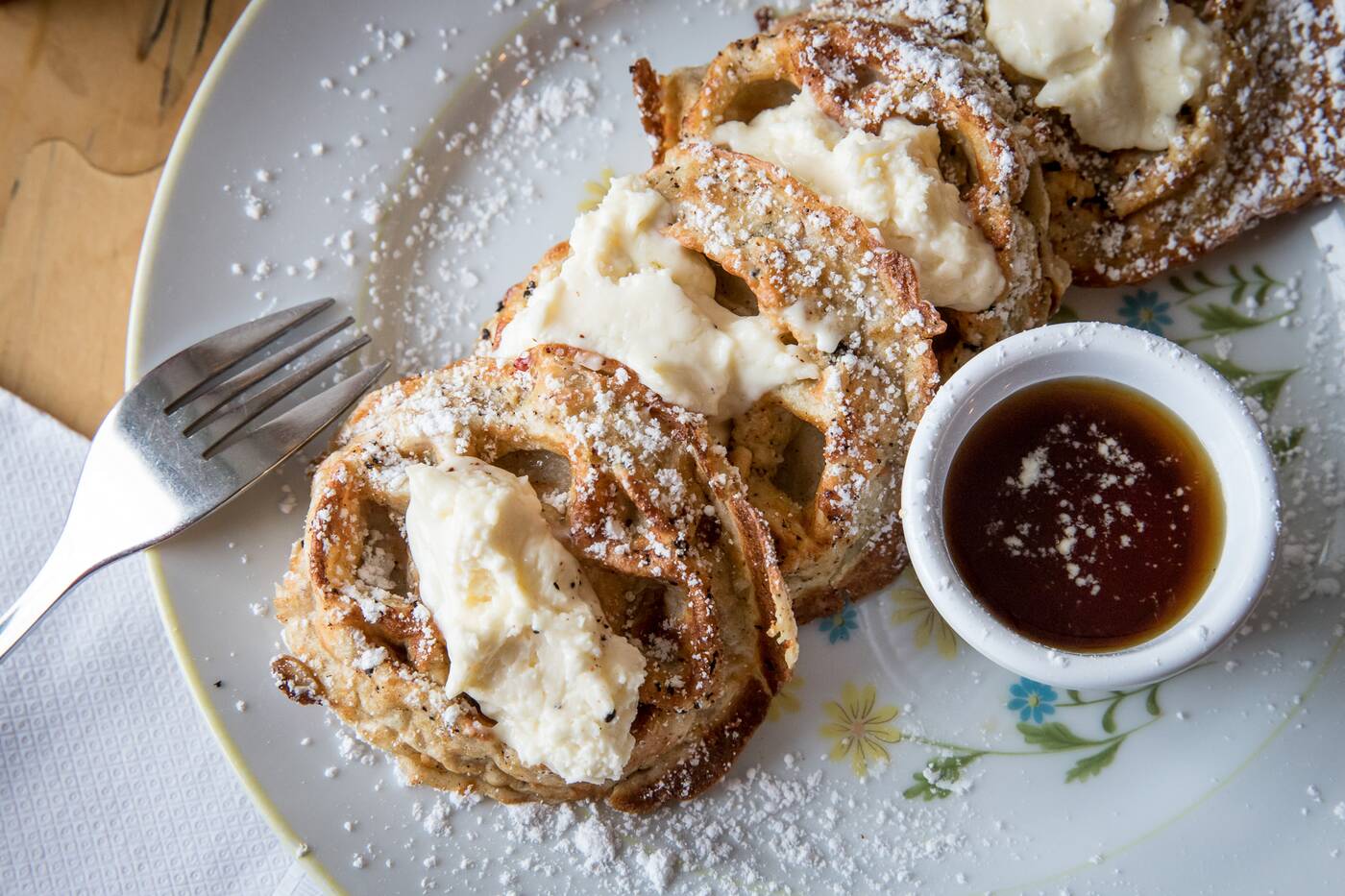 Carrot cake waffles ($11.75) with honey cream cheese are a full-on taste illusion, perfectly replicating the flavour of carrot cake, and even a little of the texture with intact shredded carrot embedded in the fluffy waffles spiced with cinnamon and nutmeg. 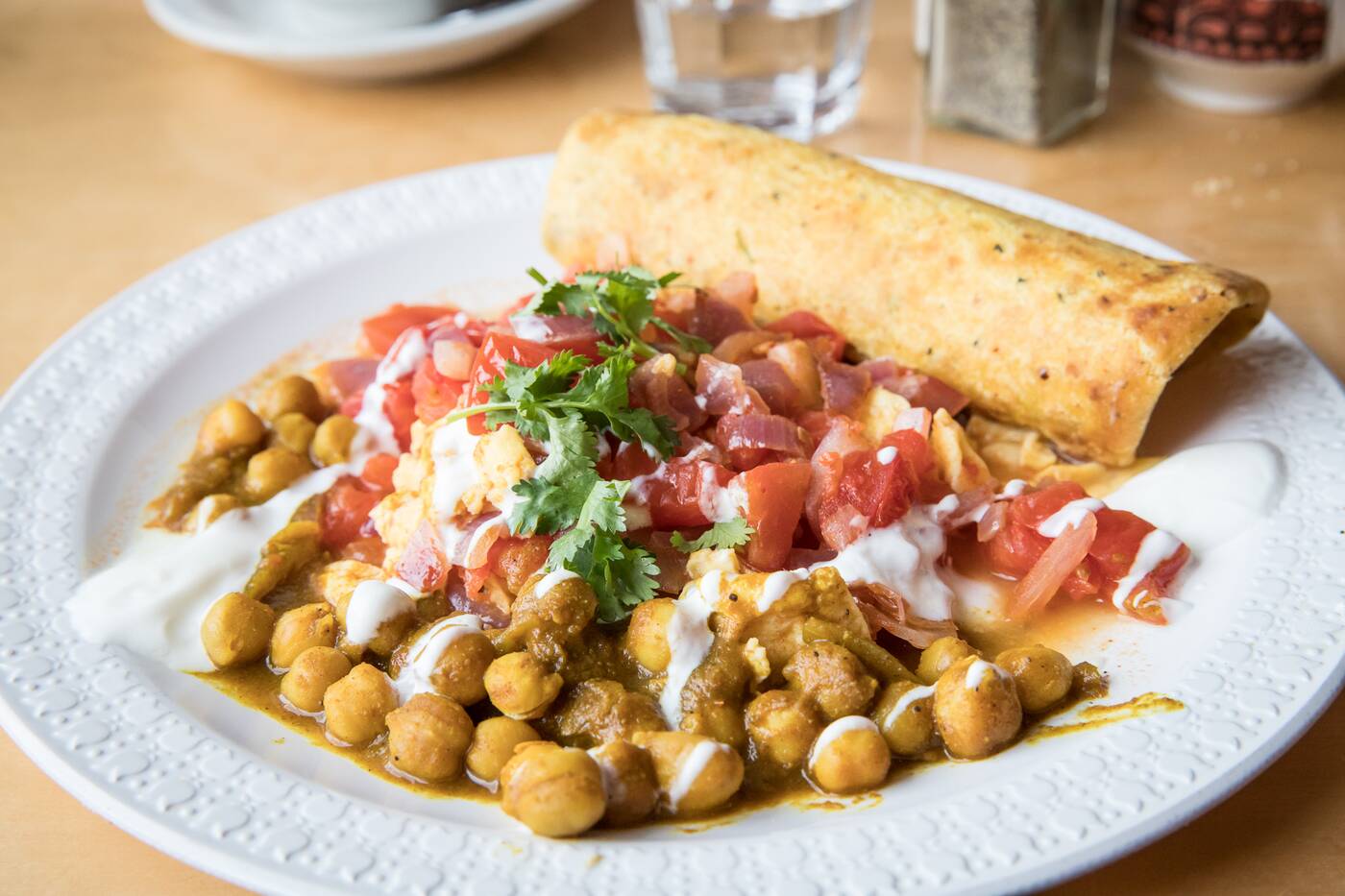 Eggs “Rajasthani” ($13) have been a signature since day one here, named for a state in India, the street food of which inspired this dish. Spicy scrambled eggs are loaded with tomato, red onion and chili powder, and accompanied by Zam Zam spicy paratha for scooping and a classic chana masala, the whole plate drizzled with cooling yogurt. 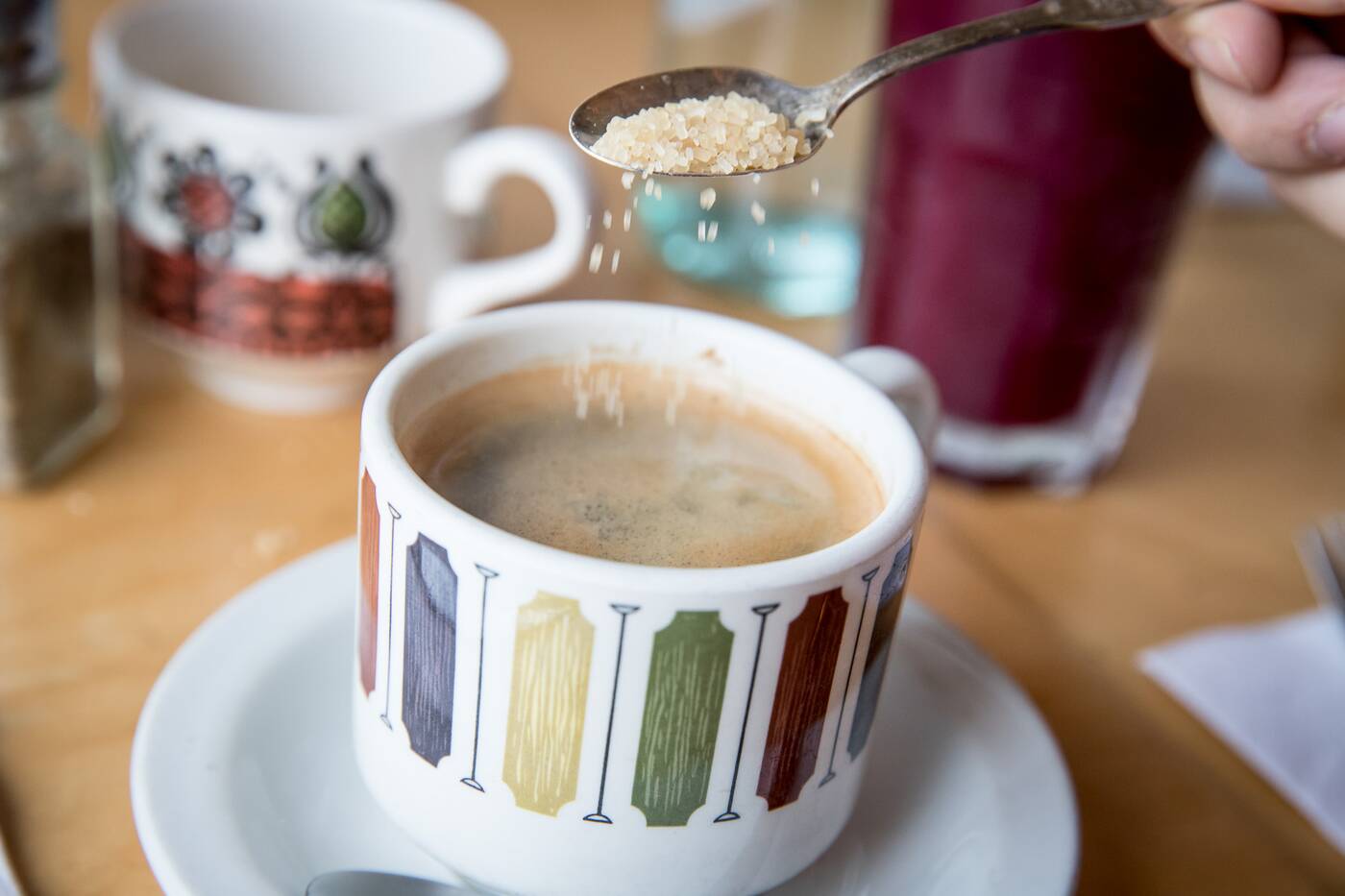 Venture outside the typical black coffee with ginger coffee ayat ($3.75), an Etrirean-style beverage that grates fresh ginger into a long espresso for a boost of aroma and healthfulness. 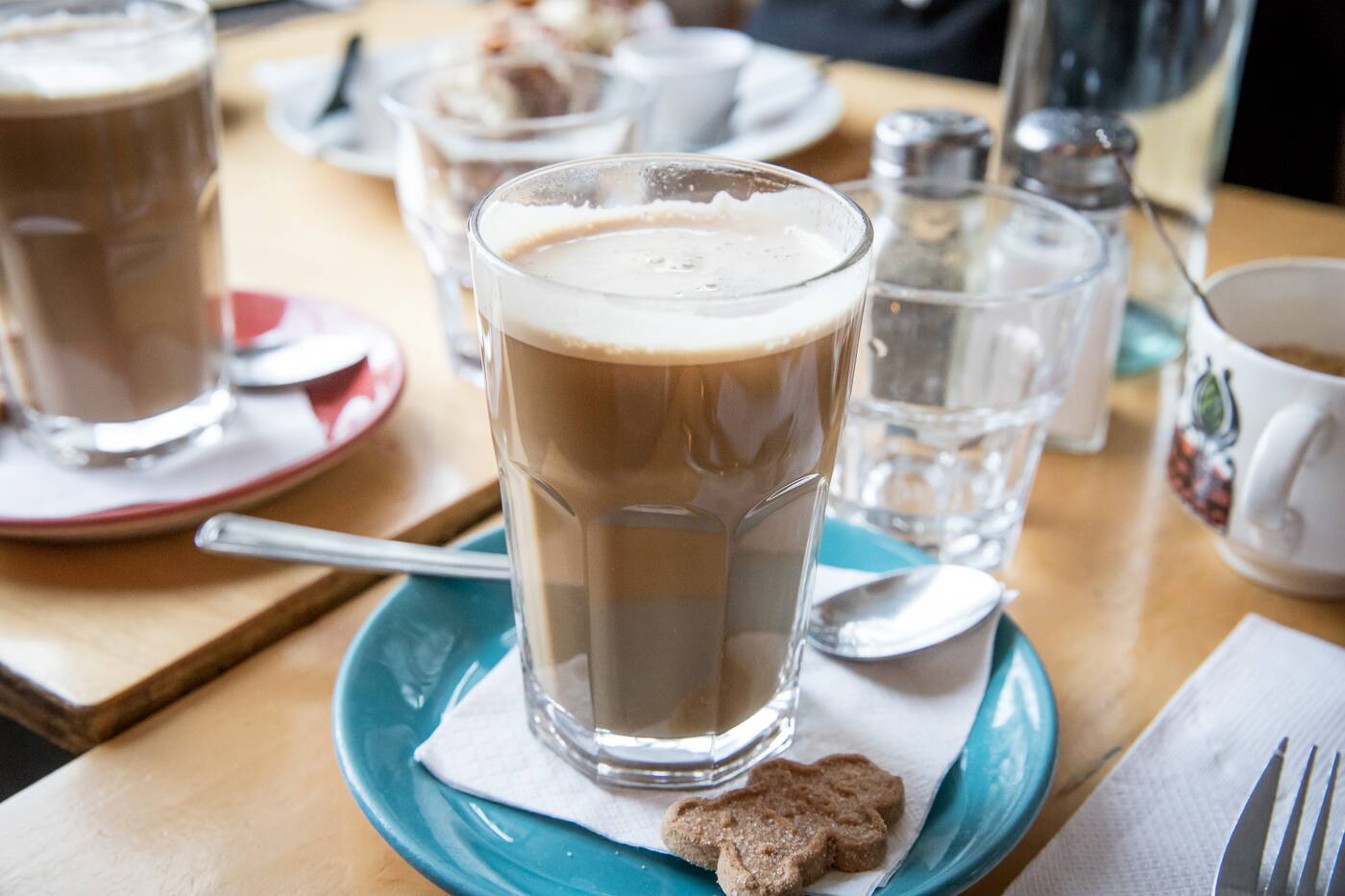 Plain old lattes ($3.75) are of course available though, with options to sub in almond or soy milk. All beans are obtained from local spot Reunion Island. 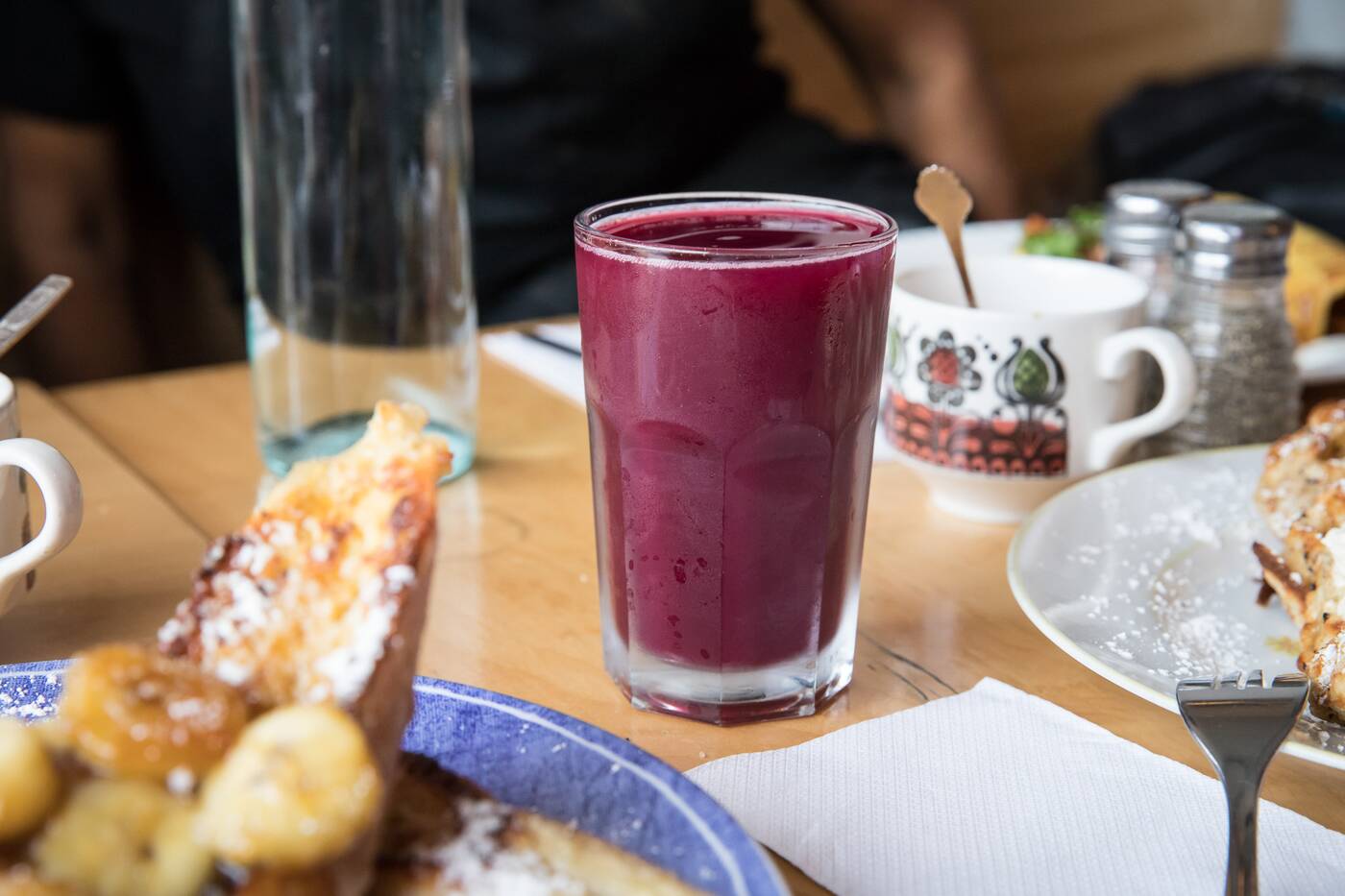 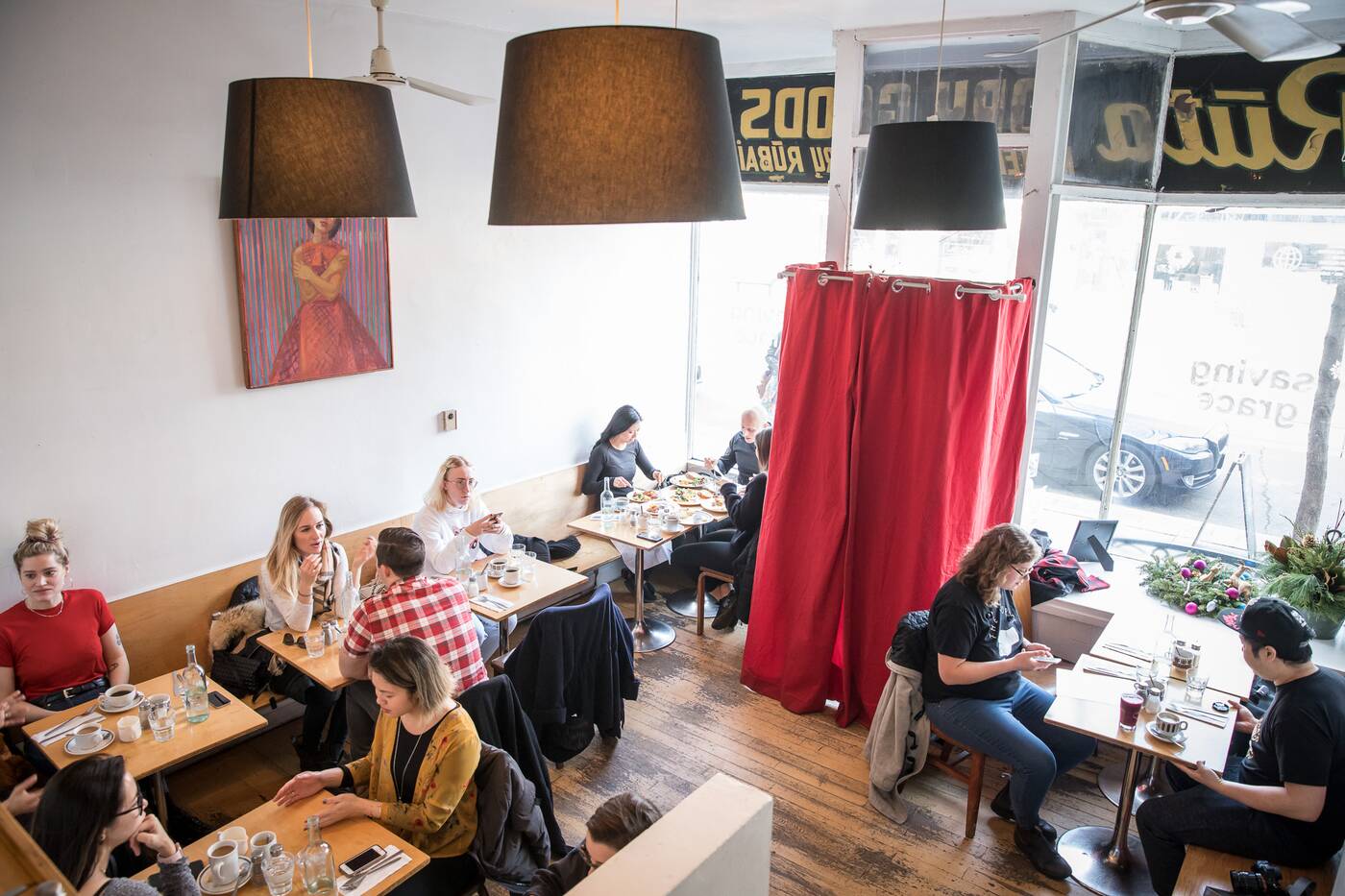 While Grace is the middle name of owner Monica Miller and the spot is situated near Grace Street, Miller also half-jokes that the business was her literal “saving grace” from a previous job that was making her miserable. It’s safe to say she and her customers are all pretty happy now. 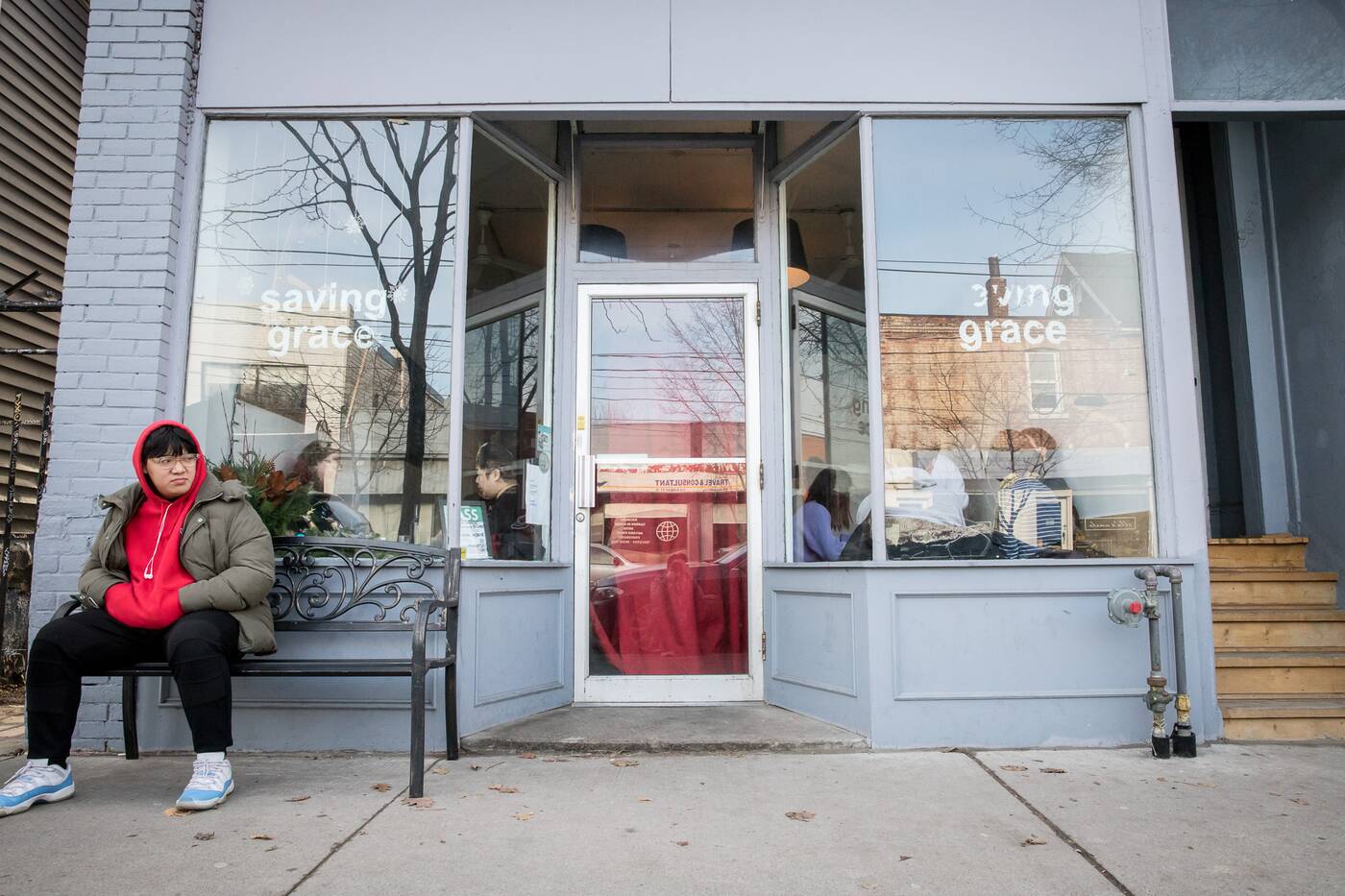 The Best French Toast in Toronto