Sammich is a passion project from Armin Kumarshellah and his mother-in-law Liza Chan. We're not talking strictly meat between two slices of bread here: you're not going to find any lunchbox ham and cheese on Wonder Bread. Instead, they provide West Queen West with a range of bunwiches, wraps, hearty sammies and even maki.

Armin wanted Sammich to be everything he loves in sandwich form. Cumbrae's across the street has sammies too, but Sammich is competing in the populous neighbourhood by being less traditional, not sticking to the typical combinations ascribed to certain cuisines. 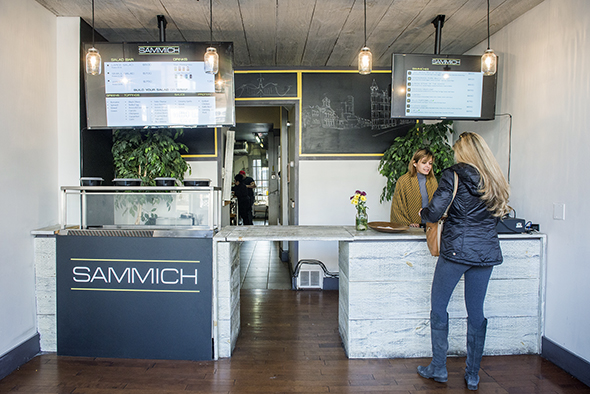 The interior is super scarce, so Sammich has to compete based almost solely on the quality of the product and service. There's a salad bar at the front where you can create your own salad or salad wrap. 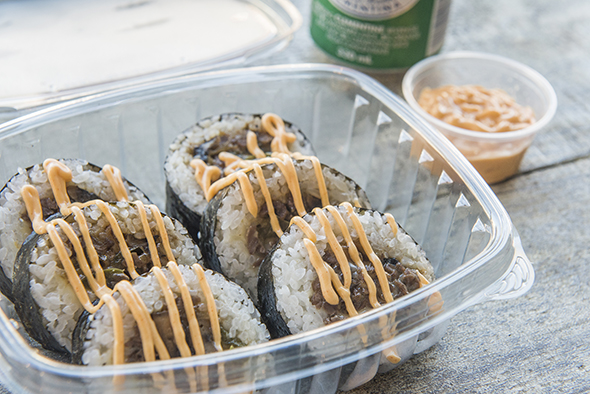 The philly maki ($10) are an off-the-menu item one of which they always experiment with on Tuesdays. Sushi rice wrapped in Nori is stuffed with their "Cheese Steak of the North" creates an unexpected play on maki. The seaweed's saltiness works surprisingly well with the savoury meat and house smoky sauce. 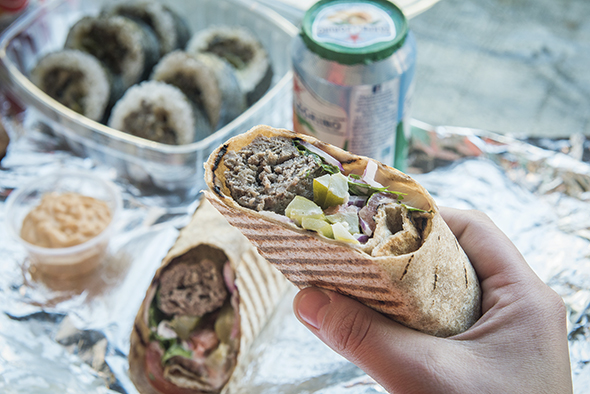 Next we get the kubideh ($8.50), a Persian kebab of fire-grilled beef, which comes in a wrap with toppings that borrow from interpretations of other Middle Eastern food: tomato, cilantro, onion, house pickles and garlic sauce. If the maki is maybe the zaniest item we tried here, this is probably one of the tamest and most familiar while perhaps introducing Persian to some people. 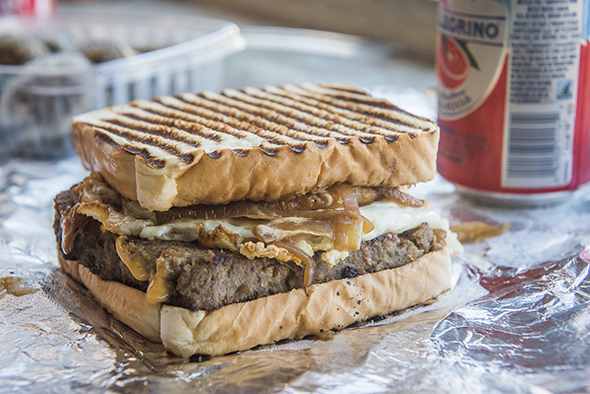 The "Mamma's Meatloaf" ($8.50) is a hearty homemade meatloaf manwich, topped with sauteed onions, an onion ring, a fried egg, and house smoky sauce on Texas toast. One dude who orders it while we're there swears he's addicted. It's definitely a savoury bomb with the onion ring and fried egg, and the meatloaf is more herby and flavourful than typically ketchupy. 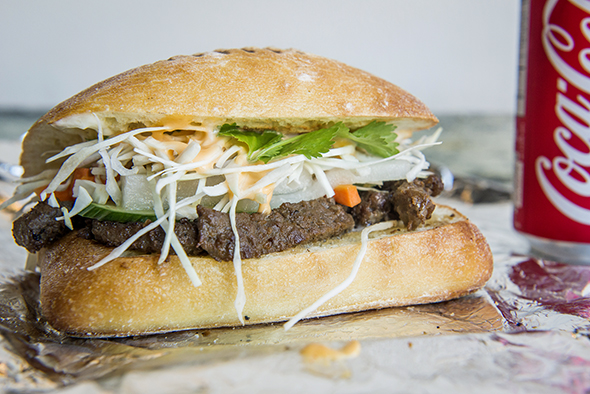 I'm into the "I Got Seoul" ($8), authentically Korean marinated Kalbi beef, house pickled veggies, cilantro, sesame mayo, and cucumber and Asian slaw on a bun. The cuke and slaw really cut through the sweet spicy meat pleasantly. You can also get this sandwich as a wrap, and the tofu in their "T of U" is marinated in a reduction of the same Kalbi marinade. 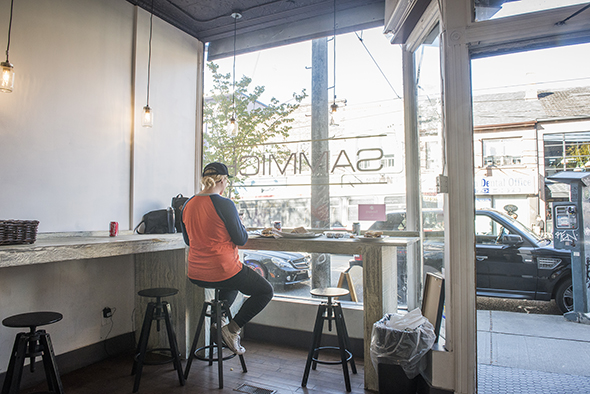 There is some bar seating on two sides of the interior, with surfaces and ceiling details of pretty reclaimed wood. Armin's cousin Rena creates serene chalk drawings of the city behind the counter. 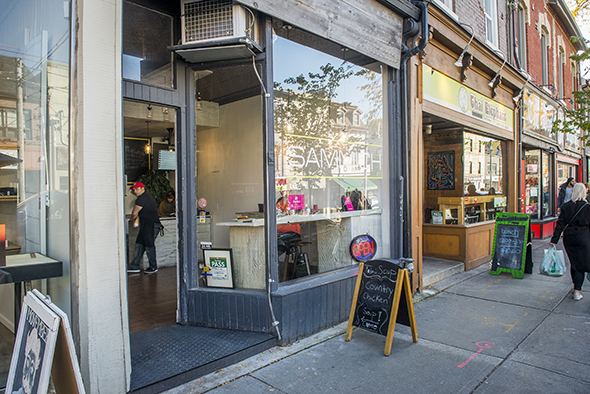