The Real Jerk has a second location for its well-loved Caribbean cuisine in the Upper Beaches . After the drama of moving from its original home in Riverside - which it occupied for over 30 years - to its current spot in Leslieville, owners Ed and Lily Pottinger have forged on, taking over the space on Kingston Road that was formerly Aegean Sea Fish N Chips and Burger Palace before that.

This Beaches locale keeps things in the family, as it's managed by the Pottingers' daughter-in-law Natasha, who is married to their son Cleigh. 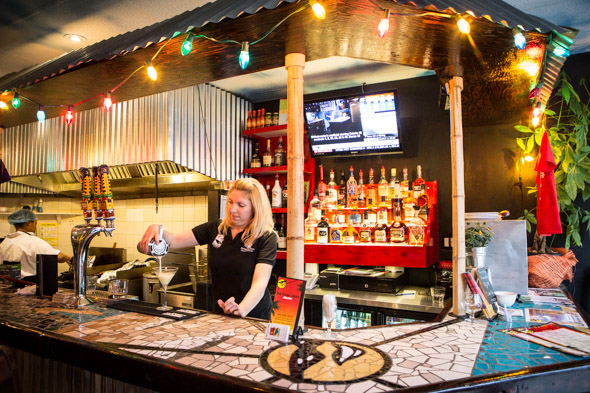 It's much more intimate than the Gerrard location, with only six or so tables plus some bar seating, and it has a nice Jamaican vacation kind of vibe, with tropical skies painted on the ceiling and decor carried over from its first Riverside location, like bar tiles that form the restaurant's iconic logo of a sun wearing sunglasses. 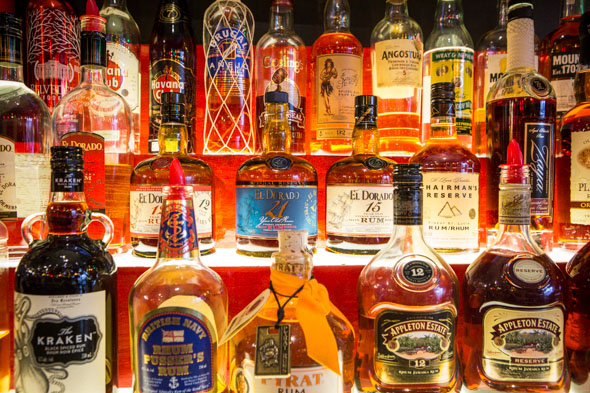 Like the Gerrard Real Jerk, there is a rum bar here, with an impressive - albeit slightly smaller - collection of bottles from all over the Caribbean. Free rum-tasting nights are occasionally offered to educate patrons on this beverage synonymous with the Caribbean islands. 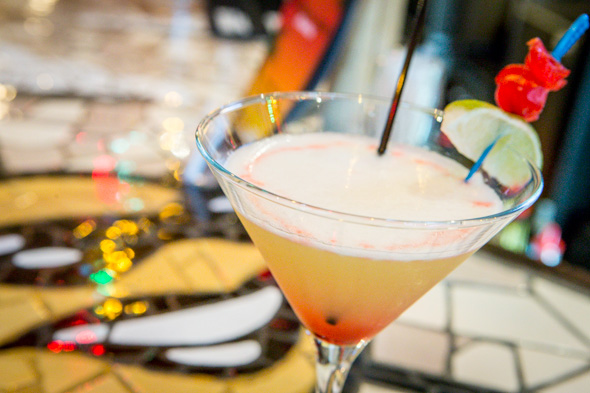 Cocktails like the TRJ Sunset Martini ($8.99) with vodka, Malibu rum, pineapple juice and grenadine - essentially a pi単a colada with vodka added to it - are especially dangerous, as they taste like go-down-easy tropical resort drinks, but actually contain two ounces of alcohol. 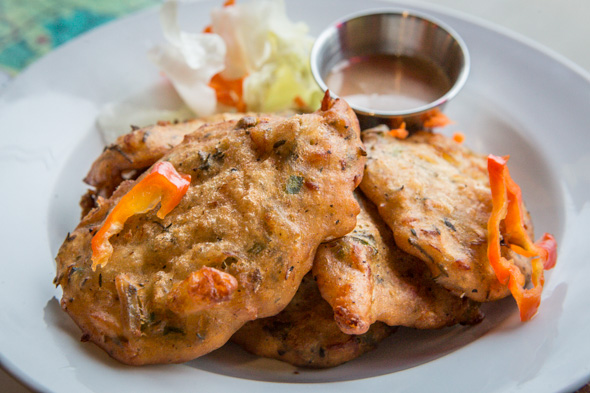 As for the food menu, since the kitchen is smaller than the Leslieville location, there are no pasta or steamed fish dishes here. All the classic favourites can still be found, however, like the crispy cod fritters ($4).

They're pure deep-fried goodness with the distinct flavour of thyme and a few tongue-numbingly tasty scotch bonnets sprinkled over top. They're served with Lily's homemade sweet tamarind sauce, which adds a nice contrast to the heat. 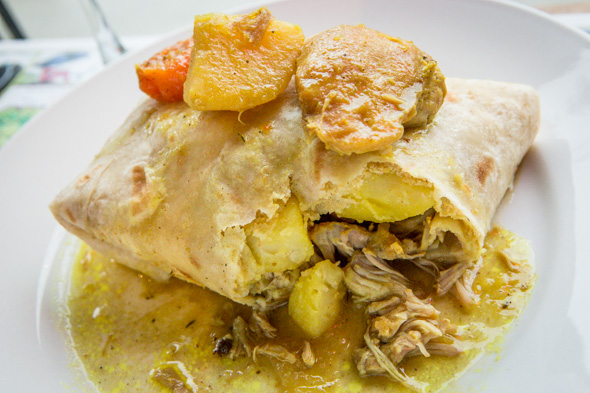 One of the most popular items is the chicken roti ($8.50/$9.50), a hefty package of moist chicken and curried potatoes that practically screams "you will have leftovers." 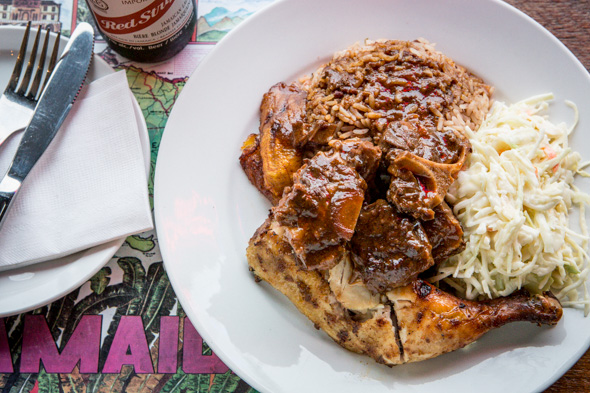 A combo of jerk chicken and oxtail ($15 lunch/takeout; $17 dinner) is served with your choice of two sides: coleslaw, curry potato, tossed salad, rice and peas or white rice. We get the coleslaw and the rice and peas with oxtail gravy along with some sweet plantains, which all make for a super satisfying meal. The coleslaw offsets the addictively spicy jerk, and the chicken's smokiness complements the tender, fall-off-the-bone oxtail meat. 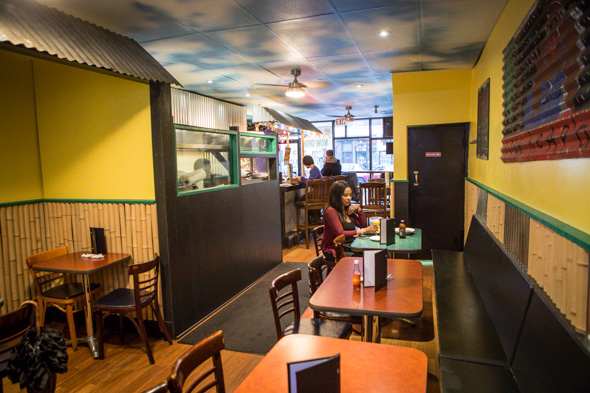 In addition to dining in, they've got a brisk take-out biz going, which is pretty much non-stop when we visit. Natasha tells me she likes this area because it feels like a real community in the big city; it definitely seems like the community is likewise taking well to this delicious addition to the neighbourhood. 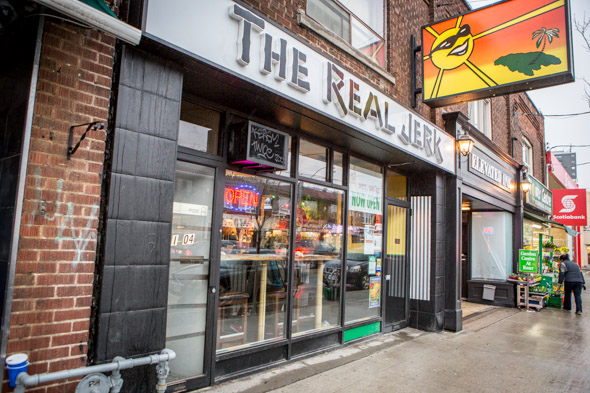