Playa Cabana Cantina, the younger, cooler cousin of the the original location opened recently in the Junction and in some sense is a far cry from its family member. While the food remains basically the same, the atmosphere caters to a younger (and yes "artier") crowd with a stronger focus on the bar area and cocktails. 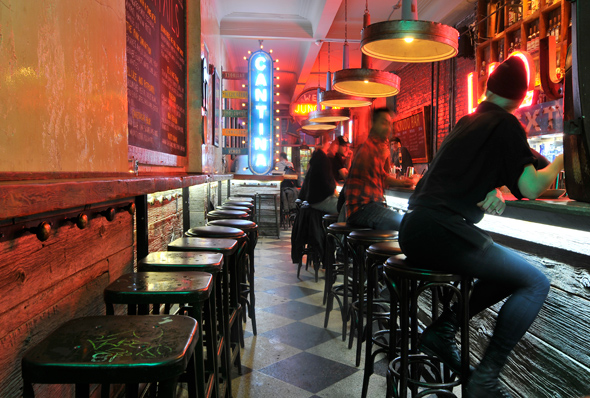 Although the night began with a minor hiccup — they had no record of our reservation made through their online service and we thus had to wait for a table — the food, cocktails and service more than made up for it. 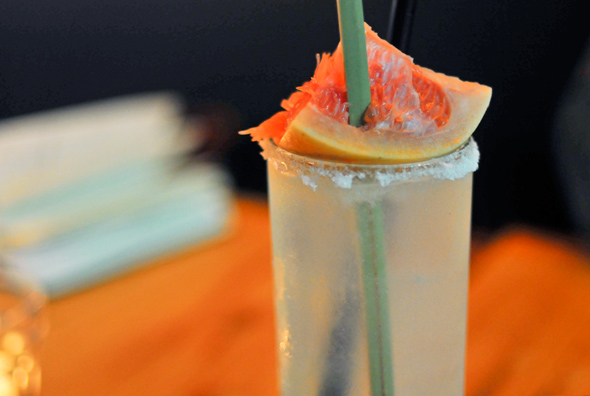 I asked the friendly server for a cocktail recommendation and she was quick to offer up three — I opted for the "Playa Paloma" ($9) — a play on a margarita with grapefruit juice rather than lime. The tequila was excellent and the entire concoction was delicious. My only complaint might be that the grapefruit wedge seemed to have been frozen and thawed. Weird. 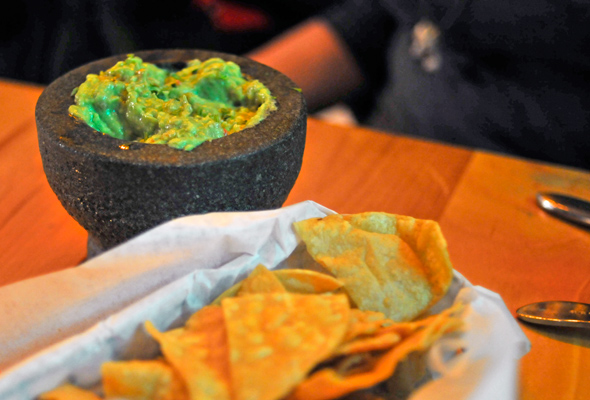 We started with the typical guacamole and tortilla chips ($8). The dip was super fresh and the heat wasn't overpowering (even though we went with the "spicy"! Yay for gringos!). Similarly, the chips were fresh and perfectly crunchy, but lacking in the salt department.

The fish tacos (3 for $13) were the standout for me (well, along with the cocktail). The tortillas were as fresh as you can get (we could see a woman pressing and grilling them from where we sat) and the filling was perfectly balanced. Lightly battered (you can opt for grilled...but...why?) halibut comes topped with refreshing and crunchy iceberg lettuce, red cabbage, corn and a smattering of tomato and avocado. 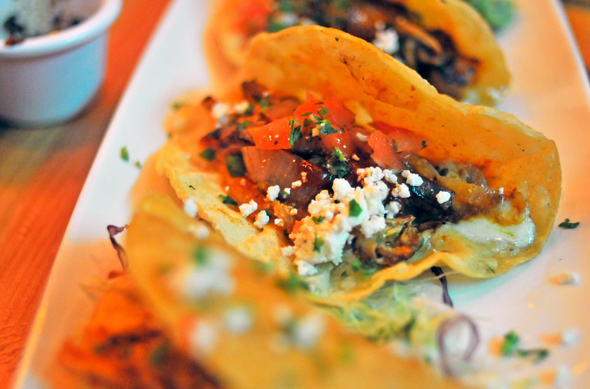 The chicken tacos (3 for $14) were almost as good, though totally different. These tortillas were crispy and the tinga sauce made with chipotle peppers was very spicy. The chicken was slow braised and melted in your mouth. The small amount of guacamole on the side was appreciated for its cooling nature as well as the fresh crema. 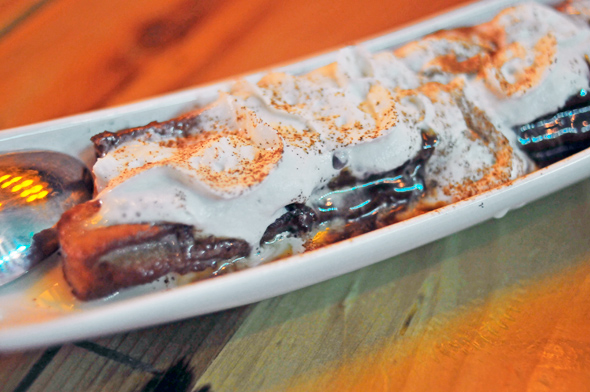 The churros were perhaps the only true disappointment of the meal. Though house made (like everything else) the two we were served were quite hard and didn't have the fluffy interior I was expecting. They came swimming in whipped cream and caramel sauce while I was expecting a more traditional presentation simply dusted with sugar. I detected goat's milk in the caramel sauce — and our server later confirmed that it did contain some. This might be a plus for some, but goat's milk happens to be just about the only food I don't like.

They went above and beyond what I expected and comped the dessert after I mentioned my diva-ish complaint. I was a little embarrassed, but the gesture was appreciated to be sure. 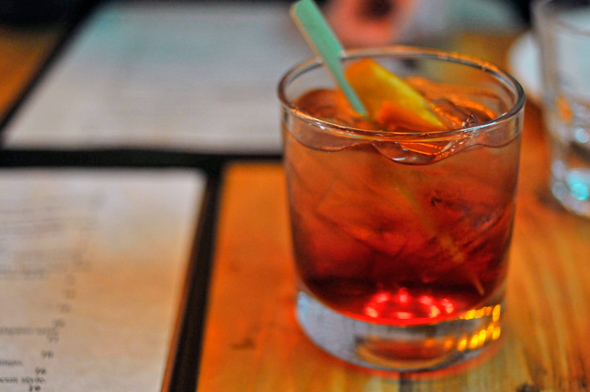 Overall this is a neat little neighbourhood spot. A great place to just grab a drink too — their tequila selection is extensive and sure to please any agave connoisseurs, while the extensive cocktail list offers tequila-based takes on classics like the Negroni and Old Fashioned (the latter of which is aptly called the "New Fashion"). 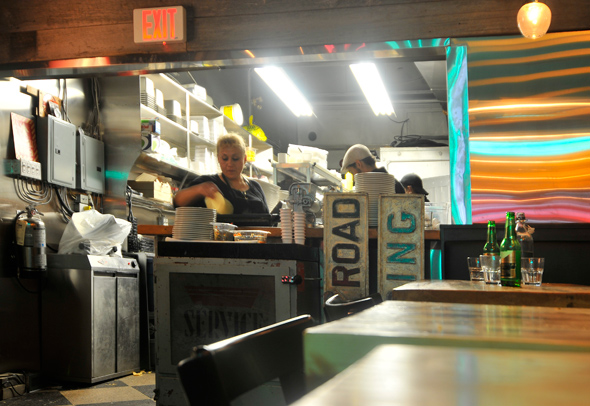 The atmosphere is fun and upbeat — the servers and cooks in the kitchen could often be seen dancing around to the loud Spanish electronic music, which makes for a totally casual and comfortable environment.