Noodle Face Co. added its face to the swelling ranks of Baldwin Village's noodle scene (see Kinton and Ryu's ) at the end of last year, but has eschewed the city-wide mania for ramen to offer a distinctly Chinese take on the ubiquitous noodle bar phenomenon. The result might not be as refined as you'll find elsewhere, but there's serious bang-for-your-buck value. 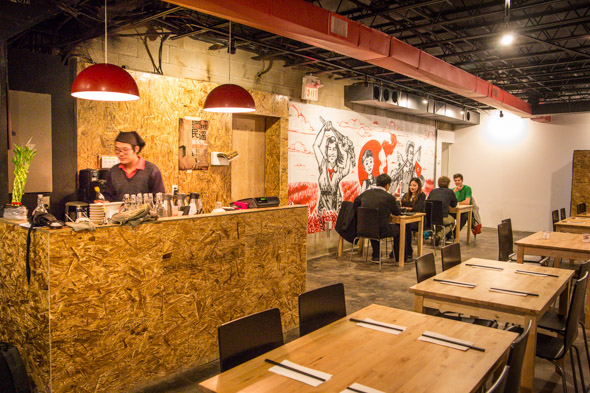 The space has been built on a budget, with low-density fibreboard forming the furniture in a spartan room with exposed breezeblocks and girders. An impressive mural by Alejandra Monreal adorns the wall at the far end of the restaurant, while the one nearest the entrance has been jazzed up with a cheeky blackboard, which customers are invited to scrawl over as they leave.

Qing Lzu and her husband Yang Lz are first time restaurant owners, but Qing's mother, an experienced chef, is taking the reins in the kitchen whilse Qing develops her skills both at George Brown and in the kitchen under the watchful eye of mom. The flavours on offer here are thus, not surprisingly, a combination of playful ideas and some old-school Chinese cooking. 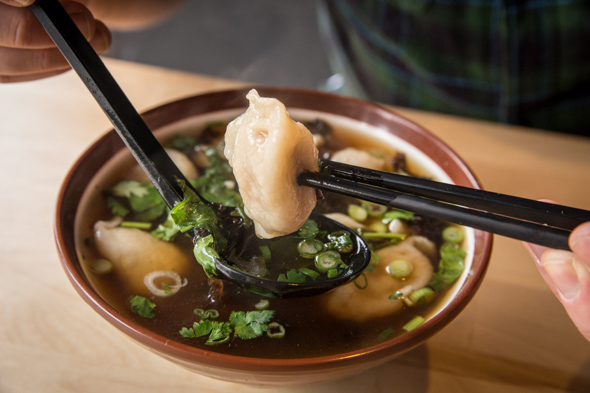 Arrivals are greeted with an enamel mug of clear genmaicha rice tea to warm them up while they wait for the food. It's a good thing, too. The dishes we ordered took a while to arrive, though we were assured that this is because everything is hand-made to order. First to arrive were the Chef Q Handmade Dumplings ($6), made of ground pork with shrimp and served with a pungent sour broth. There's absolutely loads of dumplings for six bucks, and the texture is silky heaven. The broth is a big hit of flavour, with coriander, scallions and seaweed. 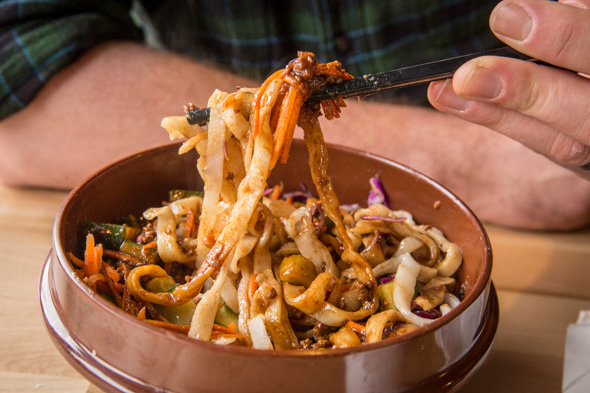 Bold, clean flavours abound in everything we tried. Another traditional dish, the Zhajiang Mian ($9.90), showcases the house-made noodles. It's served with a side of clean broth, a by-product of the noodle preparation, which came in handy, as the dish was served unmixed, and the noodles at the bottom had clogged together a little by the time we were able to jumble up the combination of pork, vegetables, and a rich hoisin-like soybean paste. 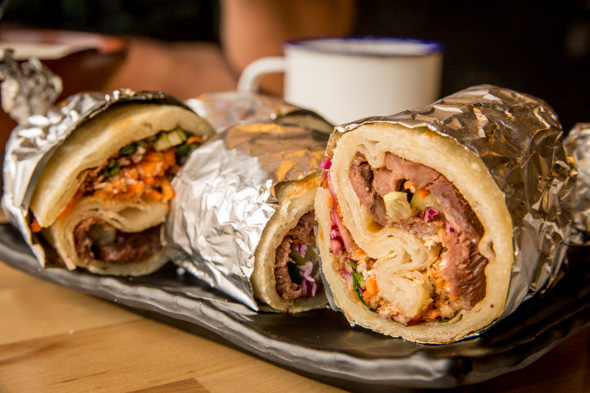 The best thing at Noodle Face, in my opinion, is the burrito-style beef Signature Pancake ($7.50), a spiced beef shank wrapped in a green onion pancake that's tightly secured in foil. The pancake is light, with a very slightly flaky and crispy crust that makes it work as a wrap better than the moist pancakes served at places like Momofuku. This seems like a perfect thing to grab for a takeout lunch, and there's some plans in the works for a delivery service. 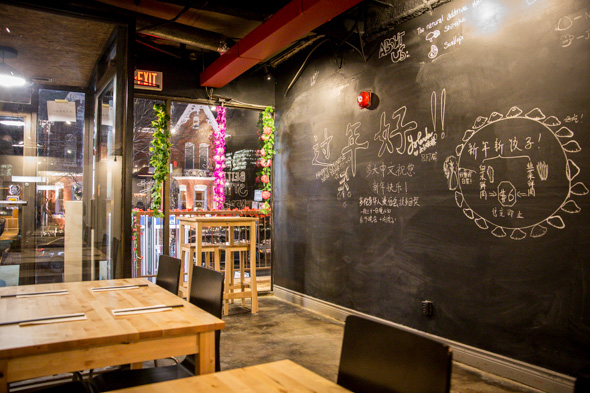 Also in the pipeline is the use of the neighbouring room. Yang has been building a folk music hangout next door, and passionately describes his vision for an acoustic music-led events space. Until the liquor license arrives, however, it's still something for the future. 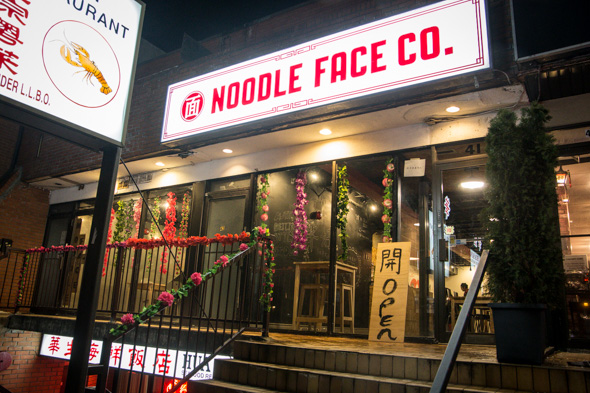