NAO Steakhouse opened about a month ago in Yorkville , taking over a split-level heritage building that used to be Zin , and before that, Boba . The team responsible for this new restaurant includes Icon Legacy Hospitality's Hanif Harji, Ink Entertainment's Charles Khabouth and their talented executive chef, Stuart Cameron - the same trio behind Weslodge , Patria and Byblos (Tim Foley is also a partner in this venture), which should give you some idea of what to expect from this place.

The concept is an Asian-American fusion steakhouse, inspired by the team's travels to the Asia-Pacific. Putting an updated spin on the traditional testosterone-heavy bastions of meat worship ("NAO" is an acronym for "new and old"), from the food down to the decor, these guys went all out.

The 122-seat space has a glossy and sexy look that's very modern Mad Men -esque, with granite, marble and Italian leather finishes galore. The ground floor has lounge feel, while the second floor is more of a formal dining area. With warmer weather, a patio will accommodate an additional 75 patrons. 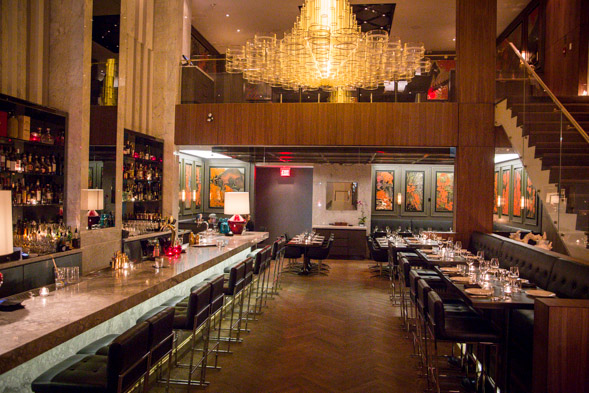 Executive chef Cameron, who's originally from Melbourne (basically a more picturesque Toronto) has already successfully mastered Spanish and Mediterranean cuisine - as well as modern American saloon food - so why not Asian-inspired North American fare and high-quality steaks as well? He and chef de cuisine Andrew Bradford have created a solid offering of dishes that are mostly meant to be shared, which befits its Asian influence. 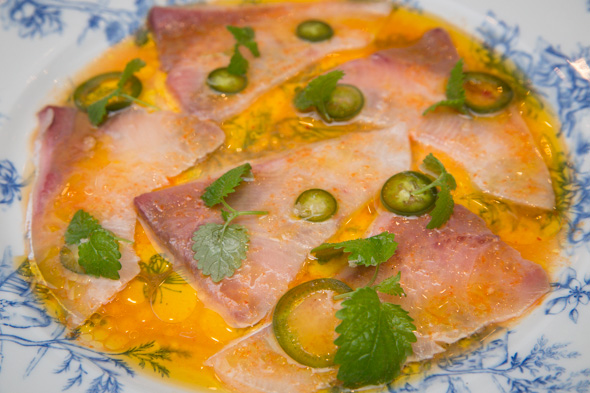 Next, thin slices of hamachi (yellowfin) in a yuzu vinaigrette are topped with chopped jalapeños and lemon balm ($19). It's a tasty appetizer, and the chili oil in the vinaigrette reminds me of XO sauce , which definitely ain't a bad thing.

A shredded kale salad with pickled shiitake mushrooms, topped with spicy sesame dressing and fried shallots ($12) is a crunchy and flavourful starter, but they may want to rethink the presentation; sticking a pair of chopsticks upright into food may offend some Asian clientele - it reminds the Chinese and Japanese of death and is a bad omen. [Ed. note: The restaurant no longer serves the dish this way.] 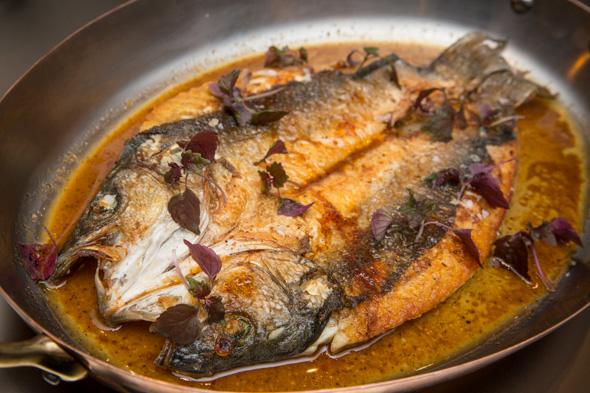 The "large" portion of the menu offers steak alternatives like a whole branzino marinated in red yuzukosho (a salt-cured condiment made with yuzu citrus peel and chilies) and cooked in ponzu brown butter ($45). There's just something satisfying about eating a whole fish (it's also possible to order a whole snapper or halibut) with crispy skin, citrus flavours and butter...I'd almost prefer it to steak. Almost.

As for the steaks themselves, the choices include 30+-day dry-aged, all natural, pasture-raised and grass-fed US cuts of beef that are hormone- and antibiotic-free; David Blackmore's pasture-fed Wagyu from Australia; and the truly pricey, high-quality stuff: A5 Wagyu from the Miyazaki and Kagoshima prefectures in Japan, where the cattle dine on sweet potatoes and rice before succumbing to their fates as mouthwatering cuts of meat on your plate ($110 for a 5-oz strip loin all the way up to $460 for a 24-oz rib eye). 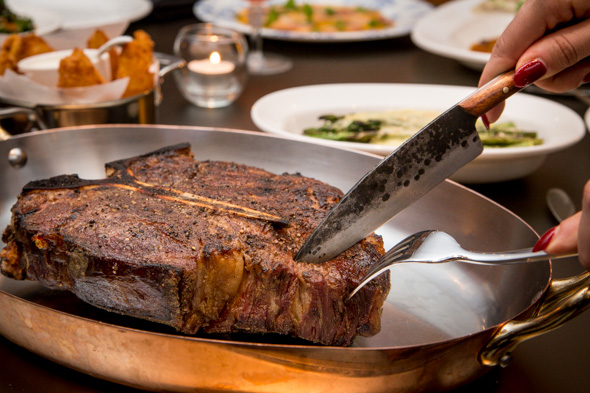 We're presented with a ginormous 40-oz, 40+-day dry-aged USDA prime porterhouse from Omaha, Nebraska ($160). It's cooked on the wood-burning grill in the kitchen that can be raised or lowered over the fire for precise temperature control, imported over from Australian manufacturer Beech.

The steak is served with three optional "finishing salts," one from the Philippines, another from South Korea and the third from Japan. There is also a Bulldog sauce, which is like a Japanese HP sauce, that is hand-pestled tableside. If that isn't luxurious enough, there are even custom, handcrafted steak knives by local blacksmith Frederick Scanlen . 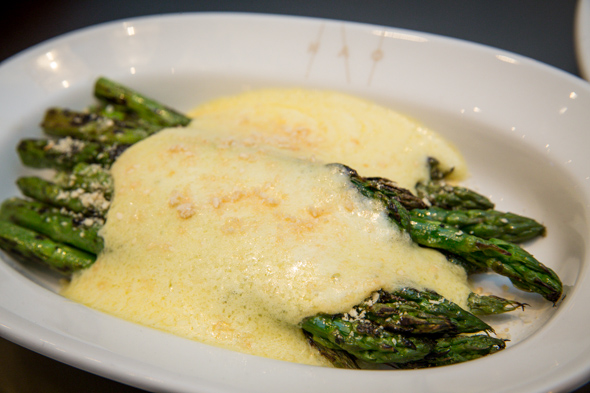 Of course, sides are anything but run-of-the-mill as well, with options like asparagus in Hollandaise sauce topped with sesame salt ($14) and a crispy Vidalia onion served with white soy sour cream ($11), an upscale, slightly Asianfied blooming onion. 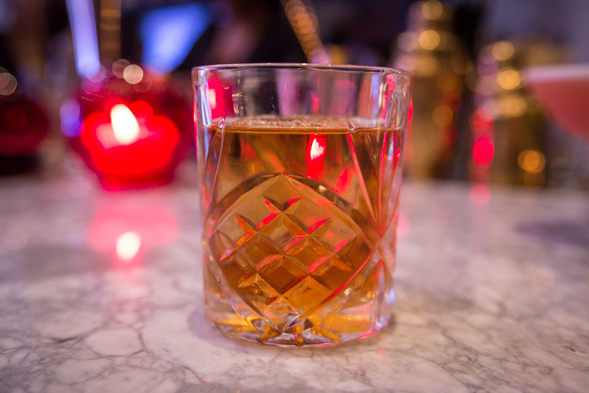 Not to be outshone by the food, Michael Garrett's (Weslodge, Bar Isabel, Origin) bar program includes a well-curated and ever-evolving list of sakes and wines, plus 14 signature cocktails crafted with house-made tonics, syrups and bitters. In keeping with the NAO theme, they're a mix of classics and modern renditions of traditional drinks, with barrel-aged negronis ($14) and orange-spiced old fashioneds ($15) on the list. 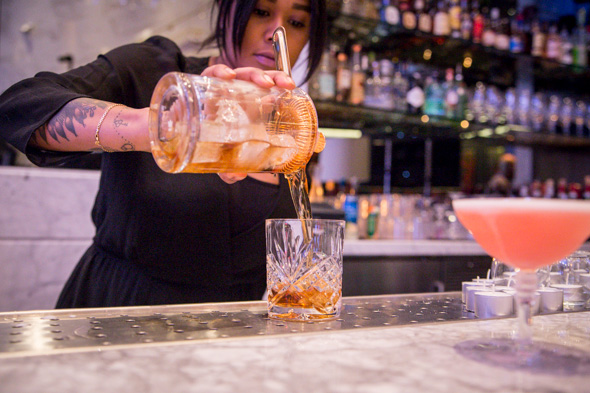 I try a Basho Sour ($15), a blend of pineapple infused sake, fresh lemon juice, hibiscus syrup and egg white, and it tastes as good as it looks (in vintage glassware Garrett acquired from an antique shop in Port Hope); the perfect amount of sweet, tart and froth, it's like the rest of NAO - it goes down way too easy. 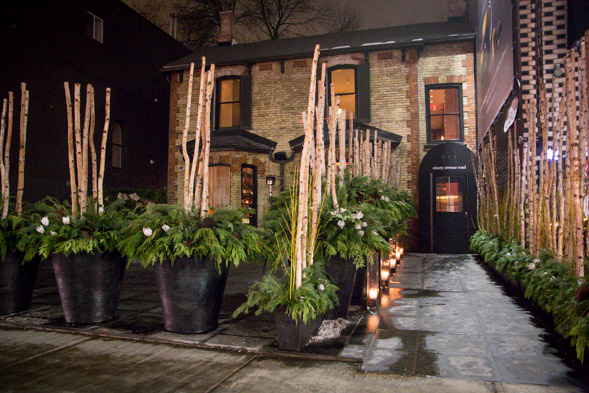