Mr. Mike's Pizza Company delivers across Scarborough from its location on Morningside. Behind the name and the illustrated logo featuring a smiling chef in a white hat, there really is a Mr. Mike - he came up working for Pizza Hut, and finally, with the help of his family, opened his own pizzeria in 2013

Don't be deterred by its gruff appearance - the place is primarily a take-out counter and delivery operation anyway, so it's unlikely you'll spend much time there. Inside are a few stools and minimal standing room while a hodgepodge of promotional posters 'decorate' the space. 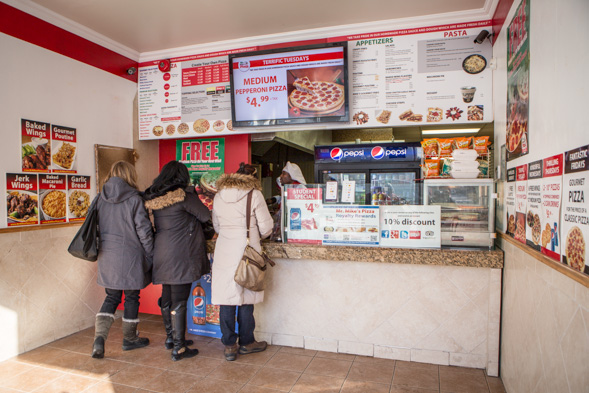 Once we get talking Mr. Mike, insists I tour the kitchen - it's an extremely short tour through a cramped maze of equipment, but reassuringly, it's spotless. The place might not be fancy or trendy, but it's impeccably clean. 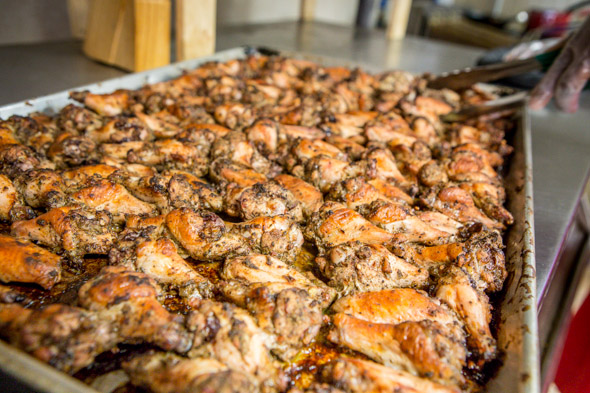 Mr. Mike's mother is in the back helping out in the afternoon lull. She's at work flipping jerk wings halfway through baking, and making gravy from scratch, then portioning it out to single servings so it can be refrigerated and then reheated as needed (rather than leaving it simmering in an open pot all day). 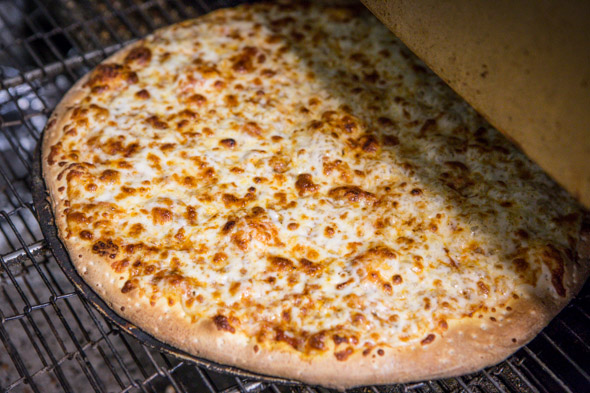 The pizzeria is in striking distance of a Pizza Nova, but distinguishes itself with its playful menu. Sure, you'll find the usual suspects like wings ($8.95/dozen in flavours like jerk or tandoori) pastas ($8.95), garlic bread ($2.85), and of course, fully customizable pizzas, but most unique of all are the novel fusion pizzas.

There's the Tandoori Delight (from $9.95), blanketed in spicy chicken, green peppers, red onions, tomatoes and coriander, or the Jammin' Jerk Chicken (from $9.95), with a scoop of cold, creamy coleslaw piled in the centre. Another pizza, the Mexicano (from $10.95), is dressed with crushed tortilla chips, drizzled with sour cream, and finished with salsa in the middle. 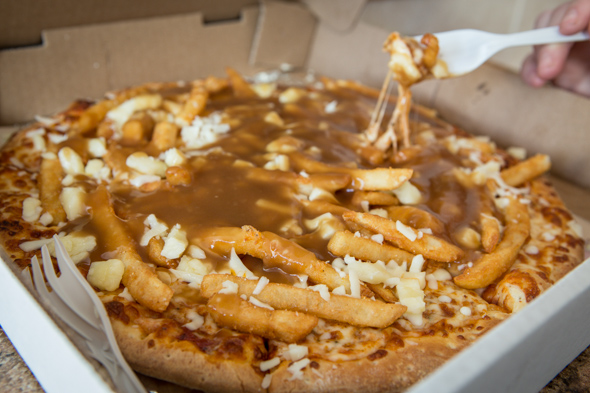 The poutine pizza is among the most popular, and is exactly what it sounds like. It starts with a plain cheese pizza base to which fries, cheese curds and shredded mozzarella are generously applied. From there, a choice of veggie, chicken or beef gravy is doused overtop, and if that isn't indulgent enough, there's also the option to add on extra toppings, like sautĂŠed onions or a fried egg. 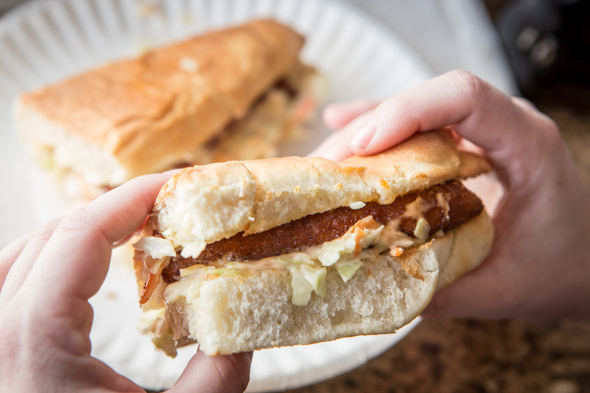 The Mike'wich ($5.95) is a 10" sandwich built on a warm, rustically-formed bun made of the same dough as the pizza, which is housemade daily in small batches. It's stacked with fried-breaded chicken and dressed with creamy slaw and aioli.

After a slice of that poutine pizza, I have zero interest in this sandwich. Mr. Mike's biggest flaw might just be that his inexpensive prices make it really easy to order way too much food. 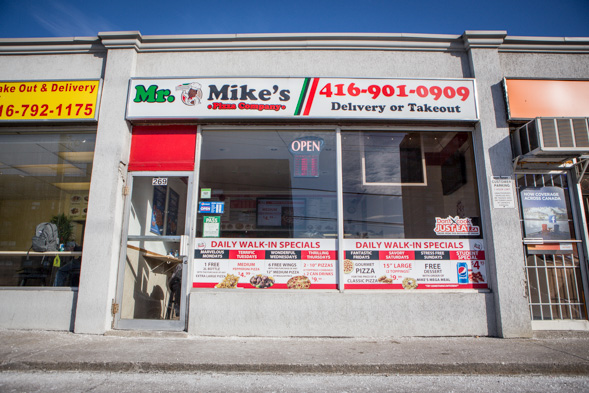