Mnandi Pies is a food stall in the family of shipping container restaurants that create Market 707 , a surprising row of delicious snack shacks that jump out at you from their hiding place behind the Toronto Public Library on Dundas as you walk east towards Kensington Market.

No one has ever done pies like this before in Toronto. City foodies will be drawn to the slight visual similarity and seemingly identical construction to our beloved beef patties, but once they bite into one of these Zimbabwean meat pies they'll realize they were wrong to compare this savoury delight to anything else in the first place. 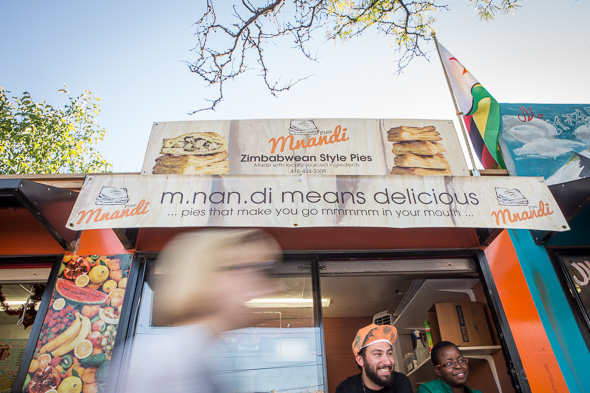 Evis Chirowamhangu is the owner, and grew up in a township outside Zimbabwe. When her mother, a teacher there, got paid each month, she'd buy a meat pie just like these ones and split it into nine pieces so everyone in the family could get a bite. "Mnandi" is a word that means delicious, savoury, tasty. The pies are made once or twice a week, flash frozen, then heated up at Market 707. 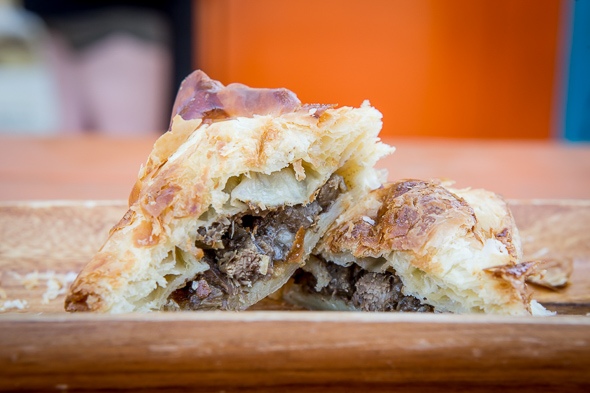 All pies go for $4.99. The steak and onion is the closest to Chirowamhangu's heart, the first she ever tried to make. The steak and onion are combined with a blend of spices and gravy, then sealed in a puff pastry Chirowamhangu gets from secret locations around the GTA. In Zimbabwe the sun shines constantly so barbecue, or "braai," is the main way of cooking, and this speaks to that. 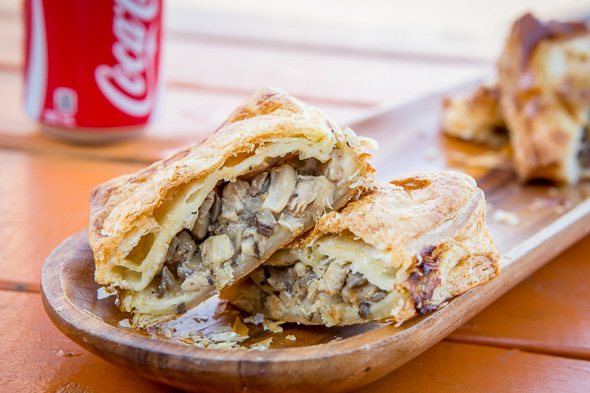 Zimbabwean barbecue met the concept of meat pies when British colonizers brought them over. You might expect Mnandi's chicken and mushroom pie to be like a chicken pot pie, more abundant in Canada. Not so: though savoury, it's not as creamy as a pot pie, made with white chicken gravy and without milk. The blend of spices is also little different on this one, more peppery. 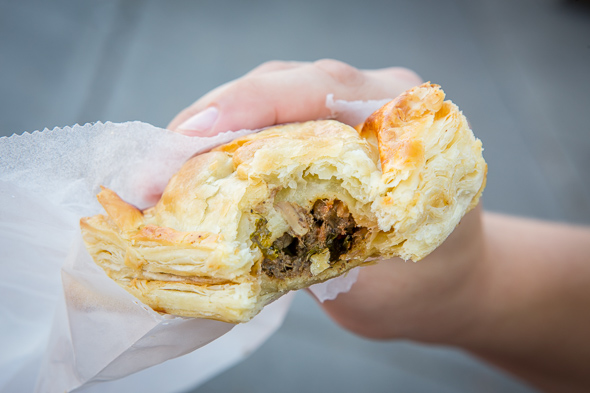 The beef and kale pie is inspired by a traditional stew, beef and kale cooked in spices and tomatoes for a sweet and tangy effect. Tomatoes are in abundance in Africa, used for plenty of cooking. Chirowamhangu decided to simply put that stew into a pie. 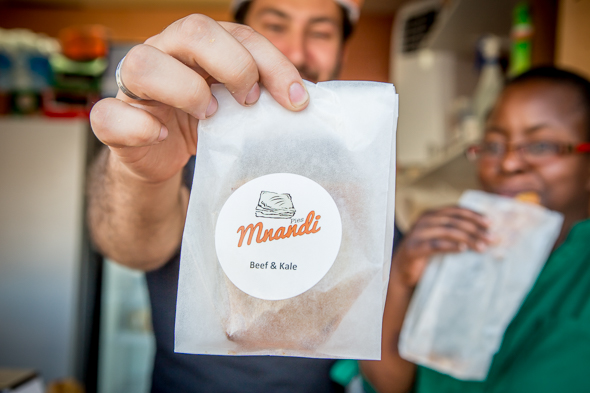 She gets all her meat from Fresh From the Farm on Donlands, a shop that specializes in hormone-free meats from Amish and Mennonite farmers. She gets her veg from farmer's markets like the one at Wychwood Barns for mushrooms and the one at Withrow Park for her kale. Stop by Mnandi Pies, support this beautiful story, and pick up a wholesome yet indulgent snack. 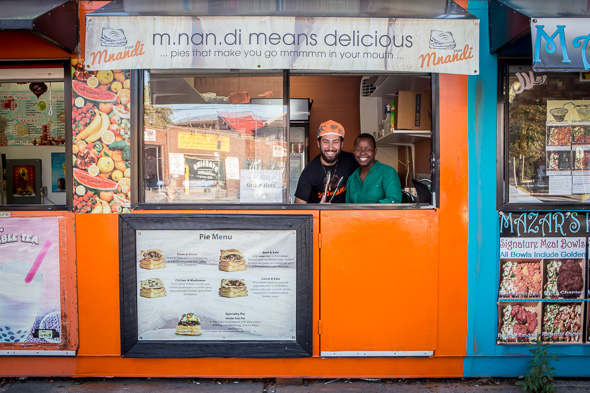