[Note: This profile has been edited to reflect the name change of this restaurant.]

Mo'Ramyun can be found occupying the space at the corner of Baldwin and McCaul that used to be Yakitori Bar in Baldwin Village . Although the place doesn't look too different from its predecessor, it has totally new owners in the form of a sweet Korean couple named Connie and Harry Kim.

Unlike what I originally assumed, the Kims explain that any reference to the golden arches in their resto's name is unintentional; instead, the "Mc" is an approximation of a Korean word that translates as "pulse" and "spirit," and their logo is the Chinese character of it. The name is also a nod to the fact that they're partially on McCaul St. 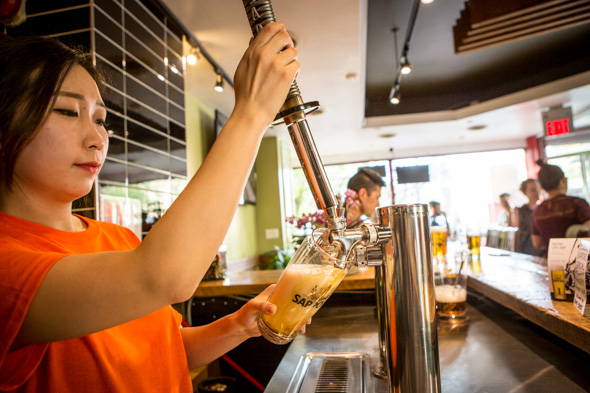 Regardless, they may have to change their name in the future as the fast-food chain has put its IP lawyers on them, demanding they remove the "Mc." (Does Ronald have a monopoly on the prefix in front of any type of food?!)

When the Kims previously owned a Japanese ramen restaurant on Bloor, they used to slip Korean dishes onto the menu. Here, they feature mostly Korean food, with creative fusion recipes and a focus on ramyun, the K-version of the ever-popular noodles. 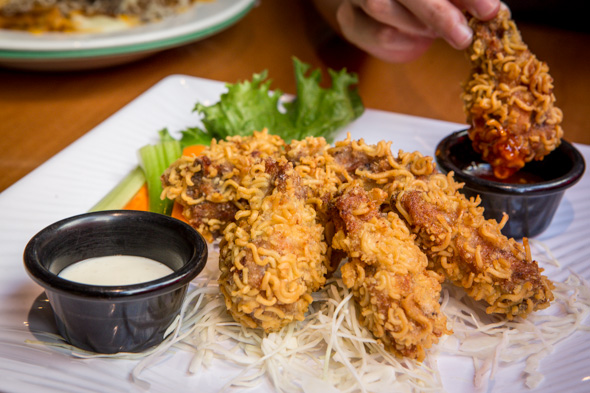 Zany fusion recipes concocted by Mama Kim include Chicken Wings ($5.45 for 3 pcs, $11.45 for 7pcs), Mo'Ramyun's take on KFC (Korean Fried Chicken, that is), and a customer-fave. It took a week straight of taste testing to perfect them, and they come coated in crispy crushed noodles accompanied by two sauces - a garlic mayo and a gochujang. 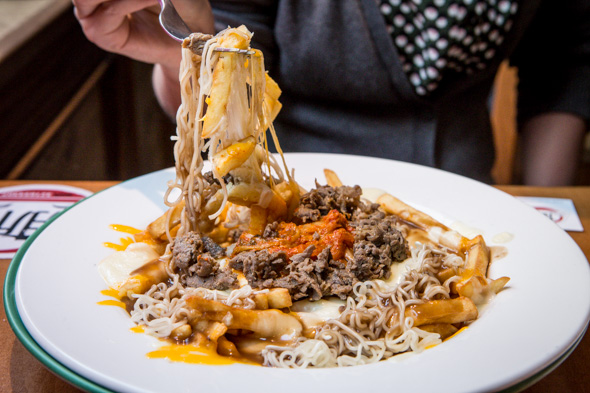 Kimchi Ramyun Poutine ($10.95) is the perfect antidote to the munchies. An umami bomb

of gravy, shredded cheese and fries topped with ramyun, bulgogi and kimchi, this mashup of ingredients works so well together I'm surprised no one else has done it yet. For me, these have a one up on Banh Mi Boys ' kimchi fries, and if you're not tired of fusion poutine yet, they're worth a try. 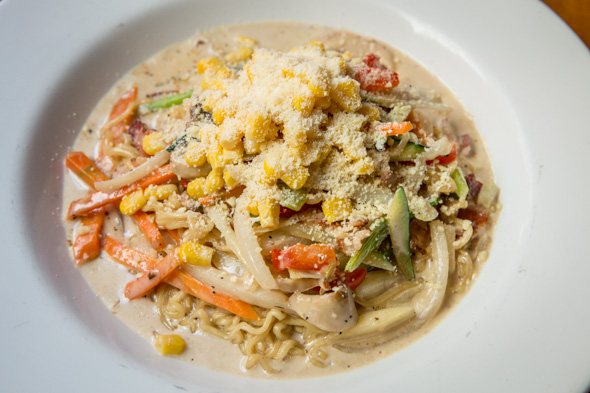 Corn cheese ramyun ($11.95) tastes like a bastardized version of bacon carbonara, using ramyun instead of spaghetti, with a cream-based sauce replacing the broth that usually comes with ramyun.

The Kims tell me it was inspired by one of their cooks who used to work at an Italian fine dining resto. It sounds like something I'd come up with as a stoned undergrad, but I also think it's kind of brilliant. Plus, it's tasty. 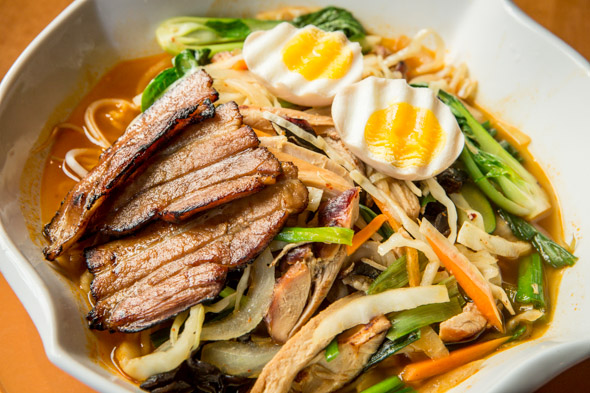 There are 18 different kinds of ramyun on the menu, with the house signature being the eponymous Mo'Ramyun ($13.95), a humongous hodgepodge of veggies, pork belly, egg and even some chicken.

Since it's 1.5 servings of noodles, it's safe to share between two people unless you have an enormous appetite. The broth is spicy, but not intolerable, and the Kims' daughter Amy assures me it's the perfect hangover food. 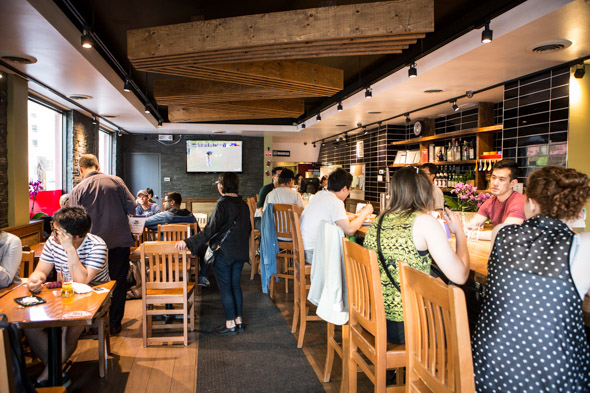 You definitely shouldn't expect gourmet eats here - this is food for soaking up alcohol, with pretty generously sized portions. Look out for beer specials, with Sapporo on tap, along with the requisite bottles of soju and even sake available. Mo'Ramyun makes for a good post-work place to drink and eat, especially with its enticing patio out front. 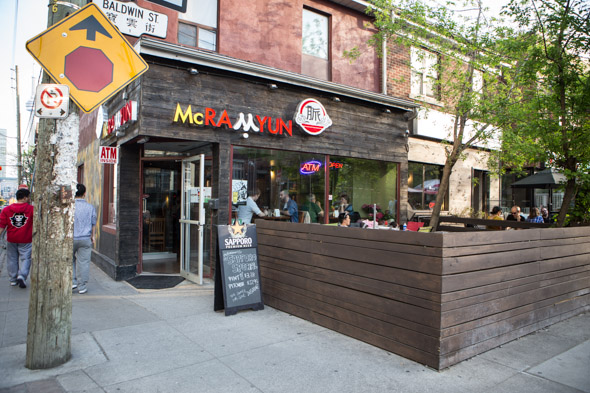