Live Organic Food Bar is one outpost of Jennifer Italiano's organic food empire which she runs with her brother Christopher, previously known as Live Market. It has a beautiful patio facing the corner of Atlantic Avenue and King Street West with umbrellas and a ramp. This location is part of a quaint strip mall that runs along Atlantic on the edge of Liberty Village. 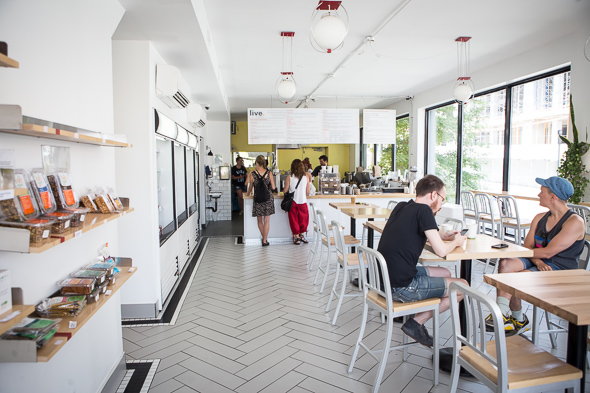 The interior is brightly lit with huge windows and a modern white aesthetic, and the kitchen is wide open behind the cash for all to see. 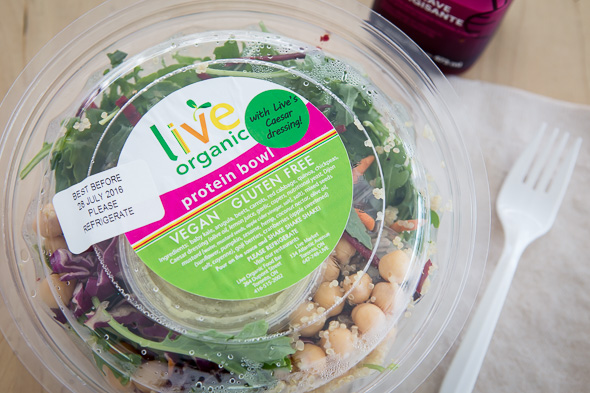 Italiano has been working hard to get her to-go products certified organic and in stores across Toronto. 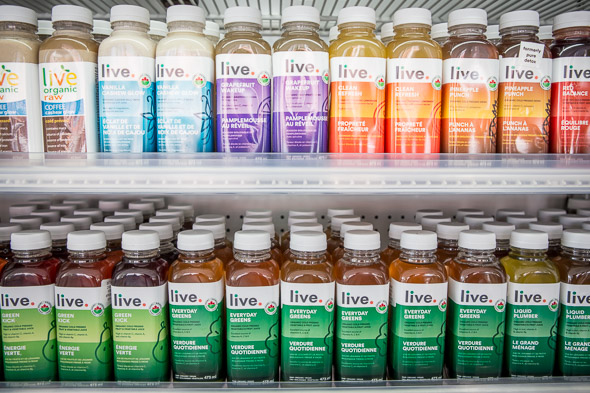 Live really commits to being organic, but refuses to compromise on creativity. One of their unique items is their hearty veggie burritos. We try the basic black bean burrito ($12). Brown rice and black bean hummus combined in here create a "full protein" with 21 or 23 amino acids, the same protein profile meat has. The wrap itself is made of brown rice, too. 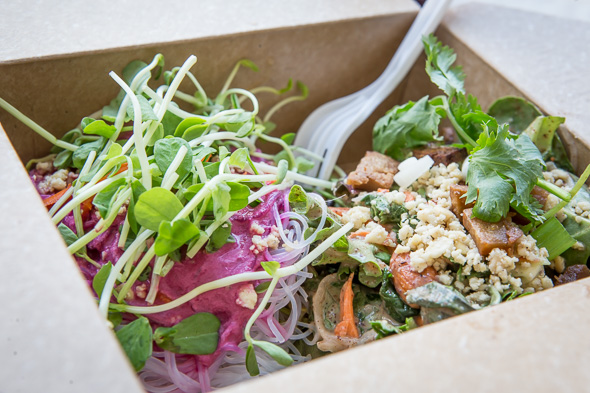 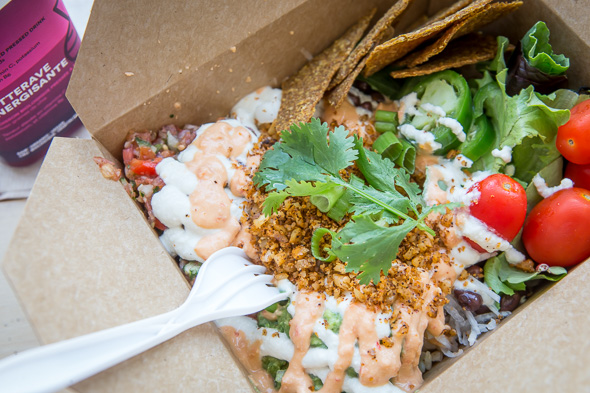 The acapulco box ($13) is great for anyone that doesn't want "just a salad." It's kind of like a taco bowl, with a mix of cashews, walnuts and almonds that have been soaked, dehydrated, crushed and spiced substituting for ground meat.

That's on a bed of brown rice and black beans, with mixed greens, tomato, and jalapeno. It's also served with salsa, guac, and cashew "cheddar" and "sour cream." The bowl comes with corn-carrot-flax dehydrated tortilla chips, made by creating a mixture and spreading it thin over a wire rack, then cracking the resulting hard sheet into pieces. 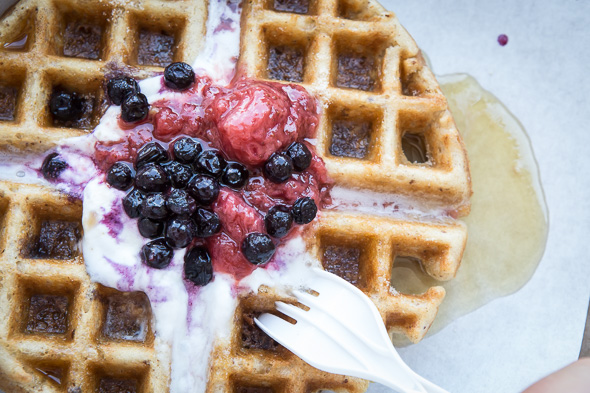 Live believes eating organic doesn't have to be difficult or feel like rabbit food. That's why they serve waffles ($10) every day, gluten free oat based Belgian-style waffles to be exact. They come with coconut whipped cream, blueberries, strawberry compote, and maple syrup. You can even add vegan ice cream for $1.50. There's weekend brunch, too. 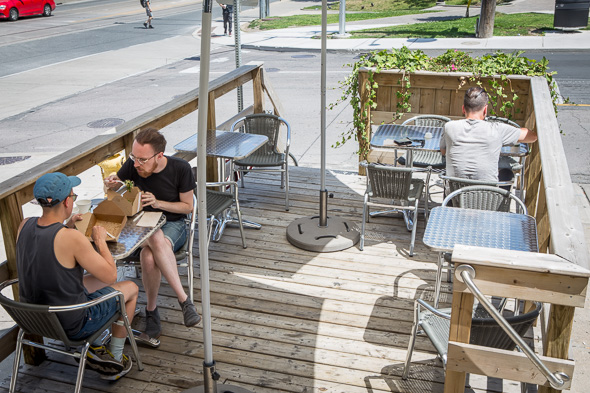 There are a number of stairs to enter the restaurant, which while hindering some accessibility adds to the stateliness of the location. When the patio is open you can eat outside or eat in at bar space around the edges of the interior, but this is at least fifty percent a grab-and-go spot, as opposed to the full-service Dupont location . 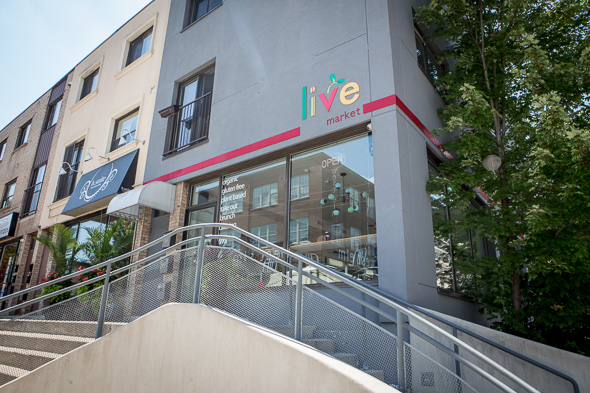