Liberty Burgers & Wings is located in the quiet and quaint neighbourhood of Main Street North in Markham. Opened just under a year ago, the newly renovated interior offers room for about 20-30 people, several TVs, a well-stocked bar, and features an open kitchen concept. On the weeknight we stop by, the owner and waiter greet us with friendly banter and welcoming smiles. 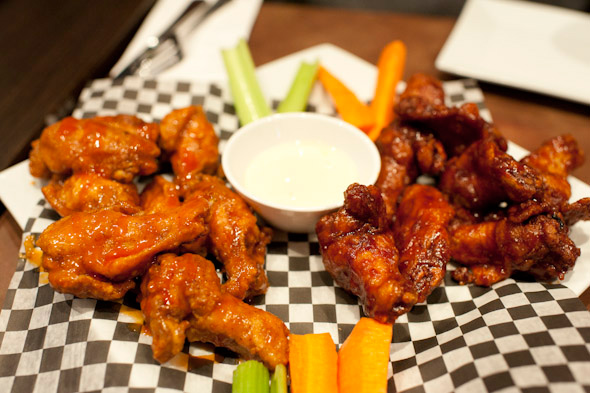 The menu is unsurprisingly heavy on burgers and wings, with some off-beat varieties of each spread amongst the more traditional offerings. To start, we ordered a pound of Smoked Tequila Lime wings and a pound of Spicy Liberty Wings ($17.99). The wings were juicy, crispy and and quite large, just the way I like them. If I had to chose between the two versions, I'd say the former beats out the latter if only because the combination of the initial barbecue flavour and the subsequent tequila is actually quite novel. The Spicy Liberty Wings, on the other hand, taste like your typical medium (yes, they were not as hot as the menu suggested) wings. 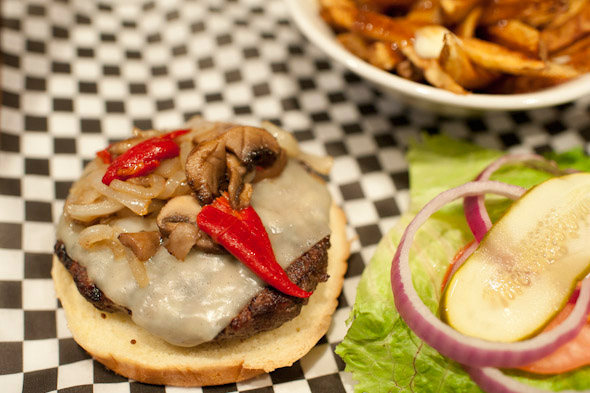 Next up, we ordered three burgers: Liberty Burger ($14.99), Smokehouse Burger ($12.99), and The Bronx-Asarus ($18.99). The house-made burger patties were running with juices and had a surprising but subtle hint of oregano. The Liberty Burger comes with sautÃ©ed onions and mushrooms, roasted red peppers, mozzarella and Dijon mustard — nothing too wildly exciting, but it's well executed. We also ordered a side of poutine (+$3.99), which was a bit disappointing. It could have used some more cheese and crispier fries. 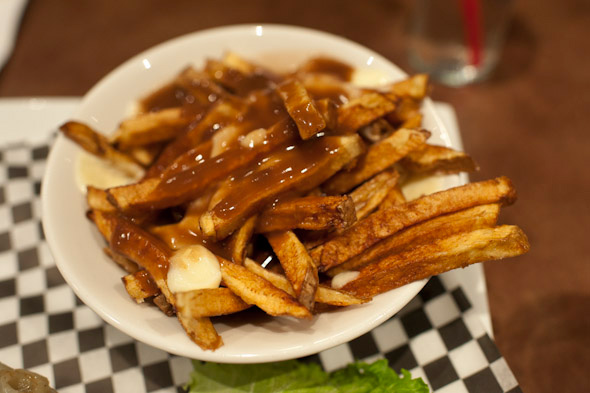 The Smokehouse Burger was served with sautéed onions, peppercorn sauce, two strips of bacon and aged smoked cheddar. We also added a side of onion rings (+$2.99). Again, the burger was nothing mind-blowing, but the winner on this plate was the onion rings, which were perfectly battered and almost miraculously not too greasy. 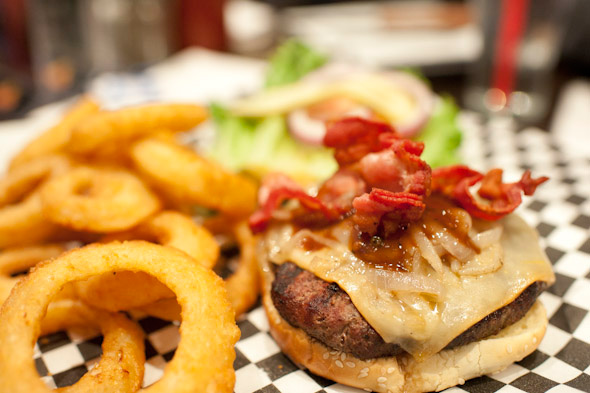 Now, onto the main event, The Bronx-Asarus (lead photo), a two patty burger served with double cheddar, two strips of bacon, sautéed mushrooms, and an onion ring. The price point on this burger is a bit high, but meat-lovers are sure to luxuriate in this juicy mess. With juices leaking all over the place, this one of those meals that requires multiple napkins. But, if you're curious, one of us did finish this! Our accompanying order of sweet potato fries (+$2.99) had promise, but was just missing a bit on the crispiness. 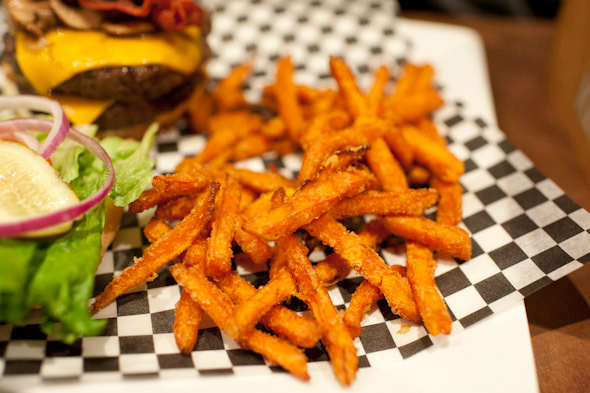 Liberty Burger & Wings may be a little out of the way for the downtown set, but for area locals you could do a lot worse.