Kekou Gelato House is a little gelateria in Baldwin Village serving up what they call Asian gelato . While the gelato is made just like any other gelato, in the Italian way, the flavours make Kekou stand out. (Read: they sell durian-flavoured gelato).

The space is open and sunny, with an L-shaped set of counters for gelato scooping. The staff are super friendly and patient with me as I try to decide what to get, and they feed me samples of several kinds as I dither. Before paying them a visit earlier this week, I checked out their menu online and discovered the aforementioned durian gelato.

Perhaps it's my inexposure to the fruit, but I was terrified because of their reputation as world's stinkiest and, therefore, sometimes downright illegal fruit. Because I was terrified, I was also instantly attracted, and marched on over and asked to try it. 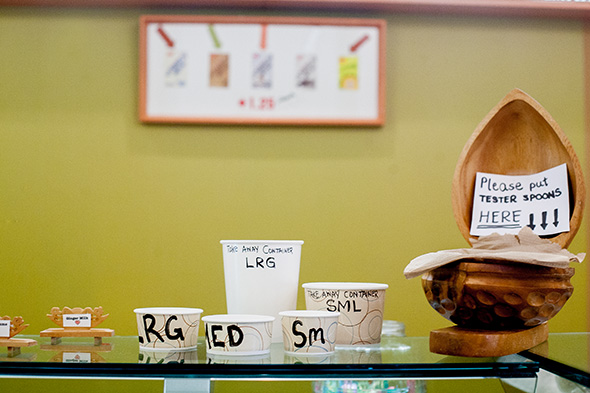 Moral of the story: don't be brave; it isn't worth it. The gelato smelled like a mixture of an adolescent boy's socks and garbage day in Toronto. It was sort of sweet, but still pretty socky. But, I think that's just because I discovered I don't like durians, I would say.

My actual order was fantastic. I got a cup with half green bean coconut and half avocado banana. The banana has teensy chunks of banana. The coconut had flakes of true coconut. This stuff is authentic, made in house, and makes for the perfect dessert in the summer time. 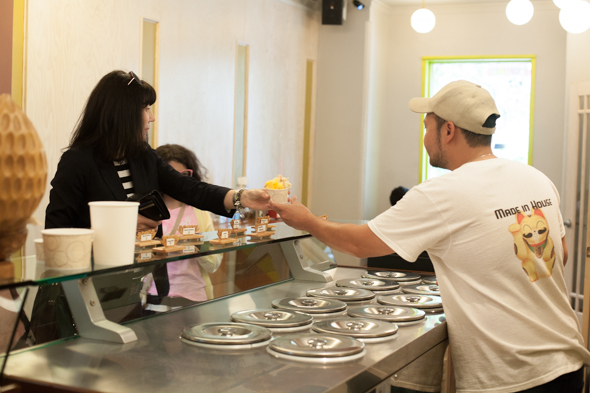 Other fantastic and creative flavours include ginger milk, jasmine tea and black sesame. They also do plain chocolate and vanilla, for those feeling less adventurous. They come in small ($3.75), medium ($4.25) and large ($4.75) cups, with the large being quite hefty, and probably most ideal for sharing. They sell it in even larger containers to take home and put in your freezer, too ($7.50 to $12.50).

There's not much in the way of indoor seating, aside from a couple of benches. There's lots of room on the front patio, with enough bench space for about 20, but that won't do much good in the winter. Or for most of the rest of the year, for that matter. 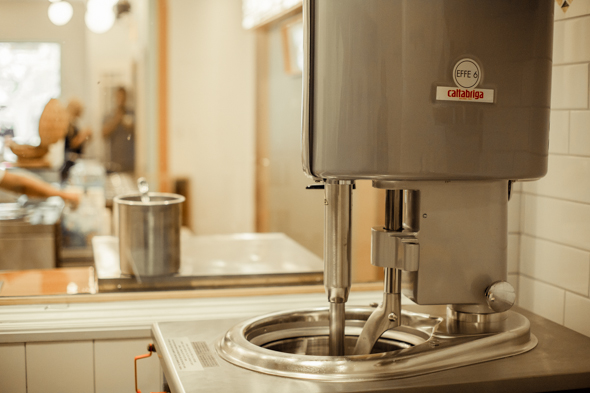 The owners say they're working on that, though, and it doesn't really matter a lot, anyway, given the context of the neighbourhood. Baldwin St. is lined with restaurants: sushi, vegetarian, Mexican. Kekou is the kind of place you can stroll into after dinner and grab dessert to go, wandering around the neighbourhood as you chat. It would make a great date spot, actually.

When I visit, the patio is crowded with girls from U of T. Just about all of the seating is packed, despite the fact that it's an overcast day requiring a jacket. Kekou is a hit already, it seems, which makes sense given that they're not bandwagon-hoppers. Rather, they're filling a niche, and providing a treat not widely available in the city. 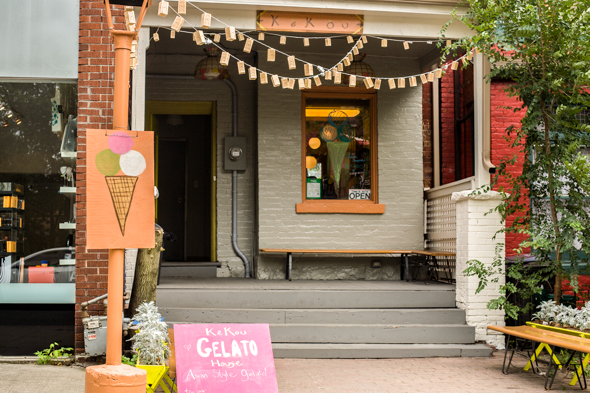