Junction Local is exactly what it sounds like: a local spot in the Junction for reliable food and drinks. It replaces the very short-lived John Conrad , and the 100-person-capacity space now looks a lot less sparse and more welcoming - like it's actually going to stay awhile. 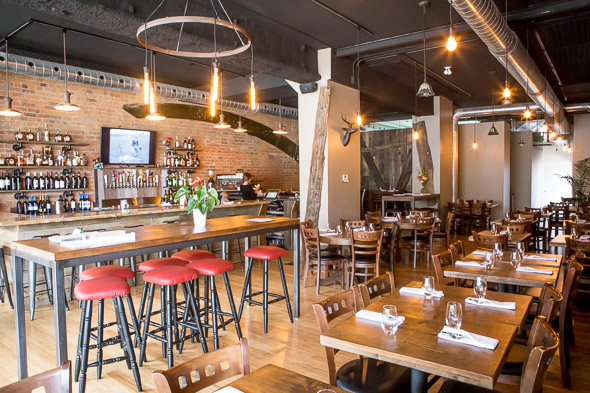 Owner Gino Benevenga is originally from the Amalfi Coast just south of Naples, and he tells me he likes the Junction because it reminds him of small towns in Italy; he thinks of this neighbourhood as a village within the city. 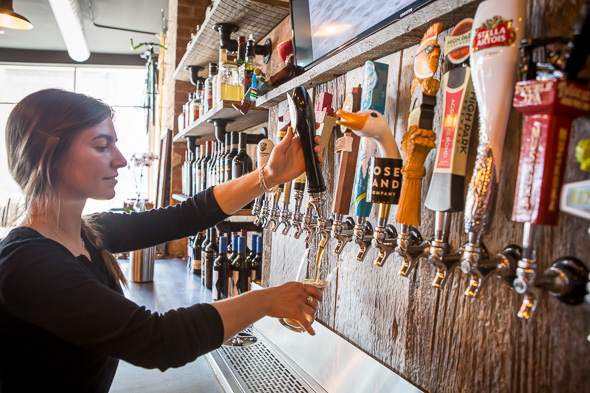 Yet instead of southern Italian cuisine, the menu here features Southern-inspired comfort food using local ingredients, as chef Chris Cantrell was inspired by his family from Kentucky. It's the kind of stuff that goes well with the 14 or so brews they have on tap ($6.50-$9 for 14oz.) that include craft brewers like High Park , Cameron's and Hop City.

While this local is open every day for dinner, we decide to check out the weekend brunch. 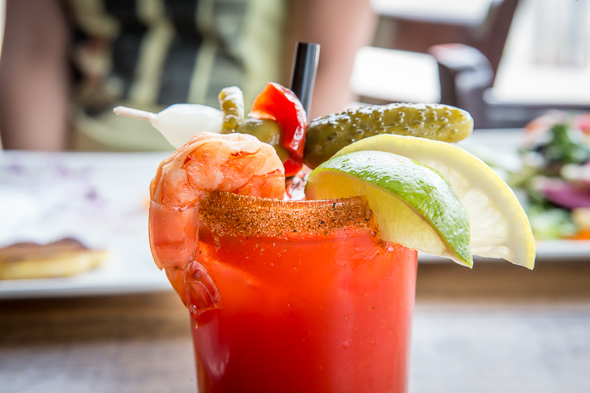 It's difficult to resist a brunch cocktail, and here there are the requisite mimosa ($9) and Caesar ($9), the latter with a pickled shrimp as garnish, among other items. 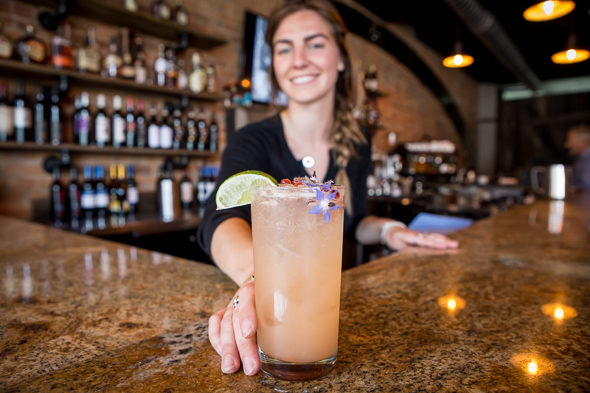 From the list of house cocktails, there's the Elderflower Gin Fizz ($12), which turns out to be my fave. It has pomegranate seeds and tiny flowers in it, making it both refreshing and picturesque. 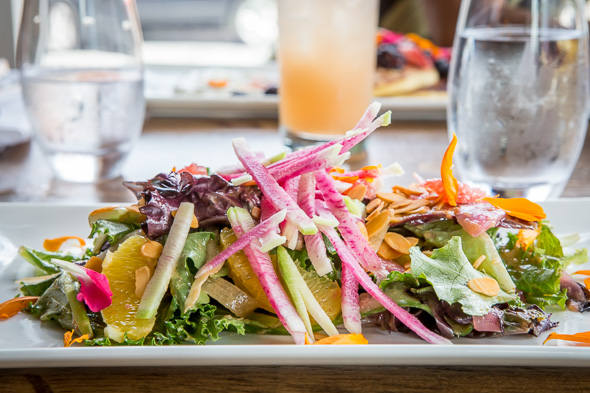 Food-wise, we start on the lighter side with the Mojo Salad ($10), a colourful arrangement of baby lettuce, citrus segments, spiced almonds, pickled red onion, heirloom carrot and cucumber ribbons, watermelon radish, edible flower petals and a tarragon citronette. For a salad, it's surprisingly tasty with a nice blend of crunch, tartness and sweetness. 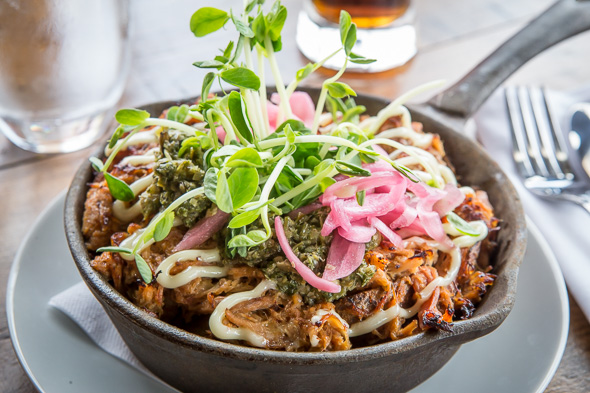 This dish blows my friend away, and it's easy to see why; aside from vegetarians/vegans and others who avoid pork, who wouldn't love a satisfying and flavourful combo like this, all together in one pan? 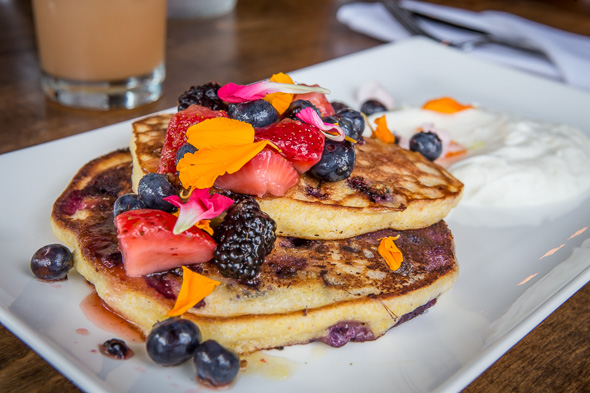 I'd definitely recommend splitting the blueberry corn cakes ($14) for dessert (or as a sweet starter). The fluffy corn cakes contain a ton of blueberries, only to be topped with a berry salad (even more berries!) accompanied by pink peppercorn honey and lemon ricotta mousse. Like everything else, the presentation is artful, and it all tastes as good as it looks. 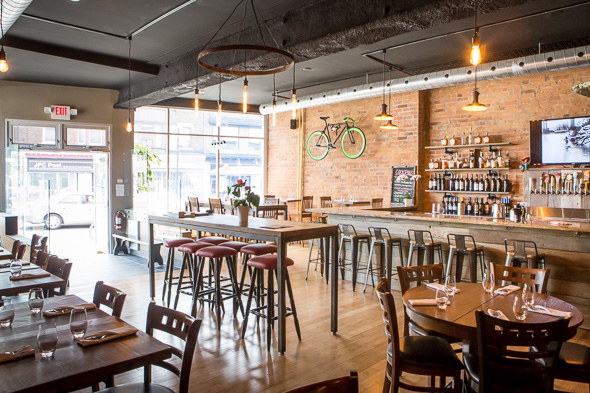 After such a lovely brunch, I'm tempted to return for dinner to try the smoked brisket, ribs and other Southern specialties for carnivores. If I were a local to this part of town, I'd definitely make this one of my locals. 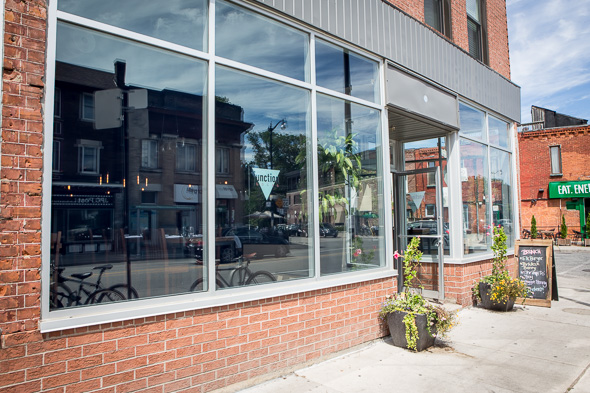