Hrvati Bar, nestled amidst galbi joints and karaoke bars, seems out of place smack dab in the middle of Koreatown . Its menu is the creation of Rodney Bowers (of Hey Meatball! fame) and opened about a month ago. The menu offers a new twist to the usual hamburgers and frites -- albeit a Croatian one. Beer is defiantly the center point at Hrvati but the simple menu does offer a big draw. 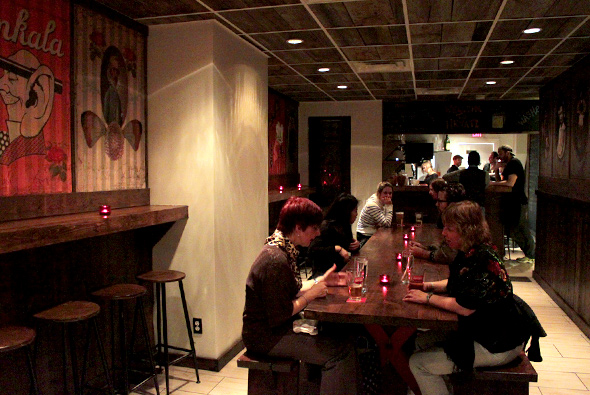 An oblong harvest table serves as the only seating, save for the counter and bar stools lining the perimeter of the cozy space. It feels very beer hall with a nod to the past. There are strokes of humour and whimsy with antique posters that conjure up calls from a carnival barker. 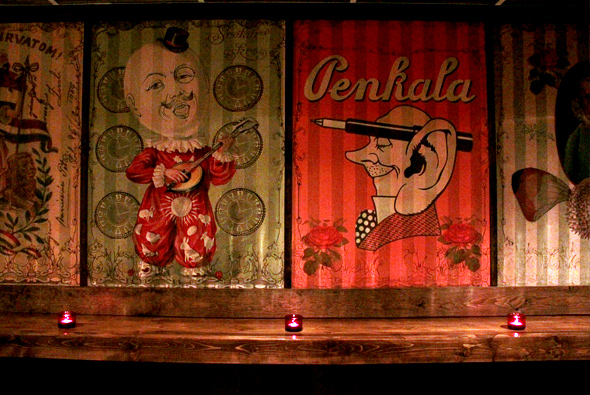 The carefully crafted beer list is dominated by European imports with a smattering of cerveza and Asian lagers with most falling in the $5-10 range. Our server suggests a Croatian favorite, Ožujsko ($7.50), an everyday beer akin to Creemore (which is fine but not great). We also order the much better Karlovačko ($8), a bitter brew that might be off putting to some but still holds our attention with a unique clean taste. 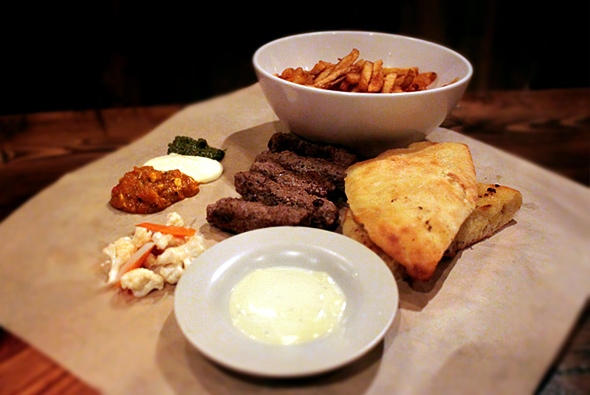 The ćevapi ($12) sausage platter is similar to a kefta as both are skinless and hand formed. The platter comes with three dipping sauces: a sweet roasted red pepper, creamy sour cream, and a spicy eggplant. This is a great dish to pair with some drinks. 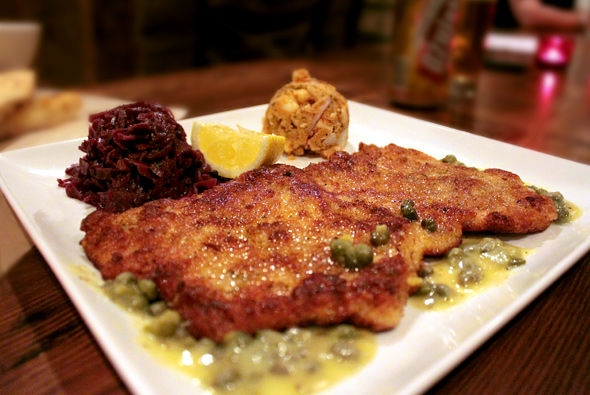 Schnitzel seems a bit out of place on the menu - highfalutin within this context; especially accompanied with a caper buerre blanc sauce. The dish comes with two sides: braised red cabbage and a vinegar based potato salad (similar to German). The cabbage is a crowd favorite with its hint of apple; however our palates pucker from the vinegar in the sauce and the salad. The pork schnitzel, cooked perfectly, is lost by the competing flavours. Next time I'll lose the salad and ask for double cabbage.

Dressed to the nines with smoked mozzarella, caramelized onions, and a side slaw, pljeskavica (the burger - $14) is probably one of the best I've had in the city and surprisingly big! Not for the purest, there are some non-traditional touches -- yes, Croatian ones. The bun (name escapes me) is a cross between a ciabatta and a crumpet. It's dense and spongy with a hint of sweetness that soaks up the drippings. The fat to protein ration of the two patties is perfect -- just enough to hold shape but crumbled in my mouth. Sadly, our fries come out cold so are D.O.A.

The burger... oh yes. I can still taste it -- that's stamina. I feel so confident that I am willing to bring my Croatian friend. Come for the beer but stay for a burger. 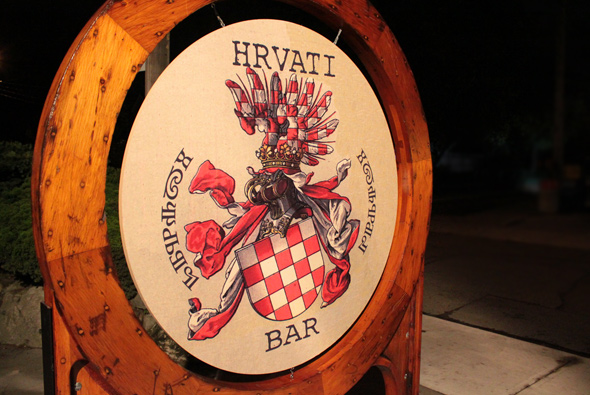