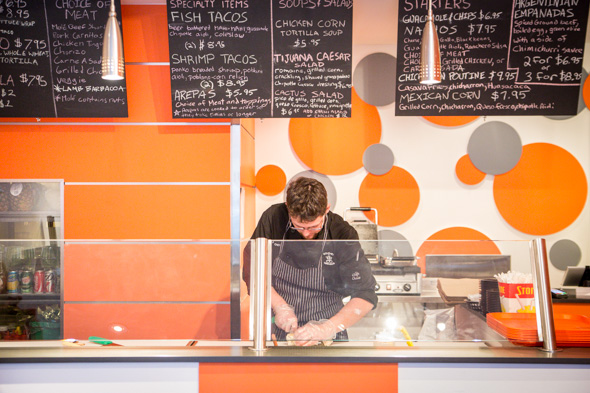 Owners Krystian Catala and Terry Nicolaou have been using the space as the food truck's commissary and production kitchen for catering operations. Now open to the public, the interior has been renovated to accommodate casual dining and quick take-out. 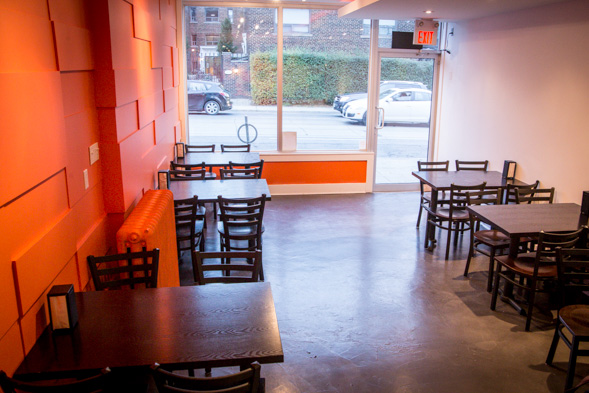 Select walls radiate bright orange and grey accents but the rest is still a work in progress. An airbrushed mural will eventually adorn one of the currently white walls. At the back, chalkboard menus herald the DIY bar where tacos ($6.95/2 or $8.95/3), burritos ($7.95) and quesadillas ($7.95) are customized with a choice of a half dozen or so fillings. 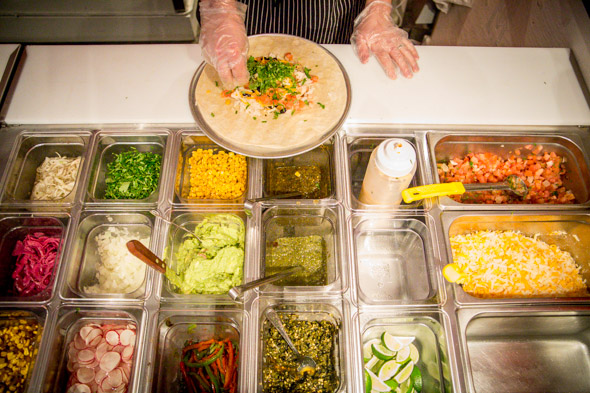 There's all the standards that you would expect: carne asada, pork carnitas, chicken tinga, chorizo, veggies, plus mole beef short ribs and daily specials like, say, lamb barbacoa. Fresh toppings, rice, beans and salsas can be applied per personal preference. Carb-conscious eaters can choose to go with a lettuce wraps instead of traditional corn tortillas or to opt for signature salads like the Tijuana Caesar ($6.95), Cactus ($6.95) or Mexican Corn ($7.95). 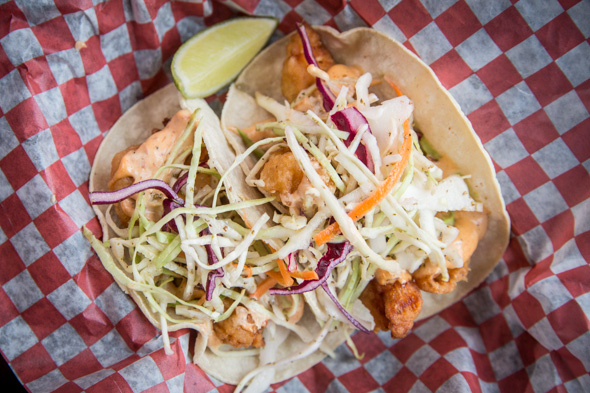 The kitchen also sends out specialties from the fryer like Chicharron Poutine ($9.95) and Fish Tacos ($8.95) served two per order and topped with beer battered Mahi-Mahi, guacamole, chipotle aioli and slaw. Prime specimens! I'll be back for these. 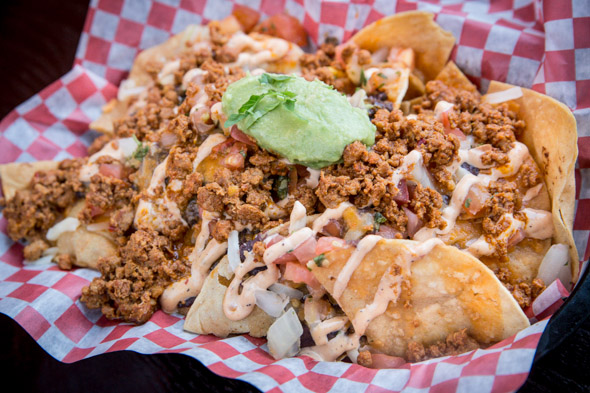 The Nachos ($7.95), too big to be a side dish, are layered over a base of freshly fried tortillas and come topped with cheese, chipotle aioli, pico de gallo, black beans, ranchero salsa and a choice of meat. A dollop of gauc on top is included too.

Gourmet Gringos is set to expand further with a suburban outpost poised to open in Aurora in the next couple months. Currently the Bathurst location is open daily from 11am until 9pm (until 10pm on weekends). 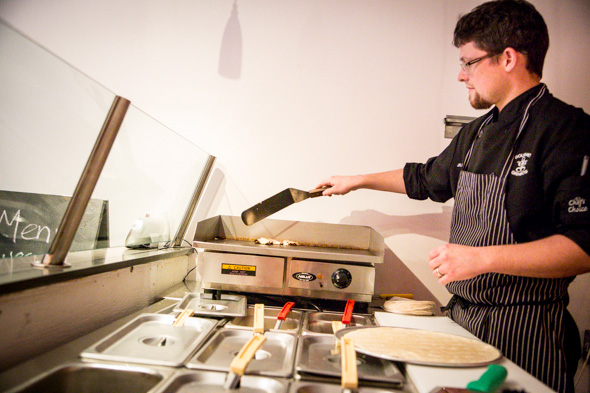 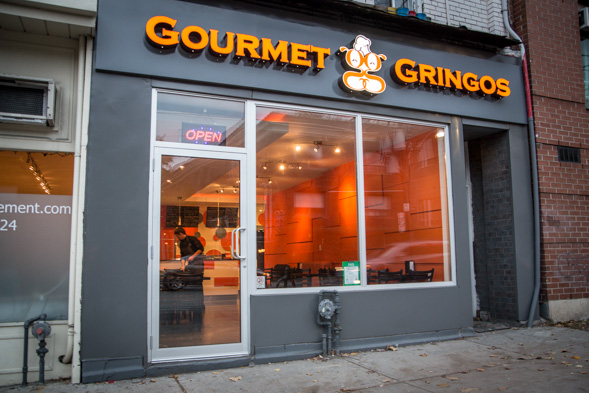