Food & Liquor, the new Parkdale restaurant and bar, is a pretty self explanatory concept. There's an ever changing list of delicious, reasonably priced housemade nibbles and a straightforward selection of booze.

Co-owned by Vincent Ng, Nigel French and Ginny Tam, the new spot was fortunate enough to bypass the Parkdale moratorium by taking over from previous tenant Poor John's Cafe . The decor re-purposes much of what was left behind; the table tops refitted to high-tops, the exposed brick walls, a fortunate inheritance. 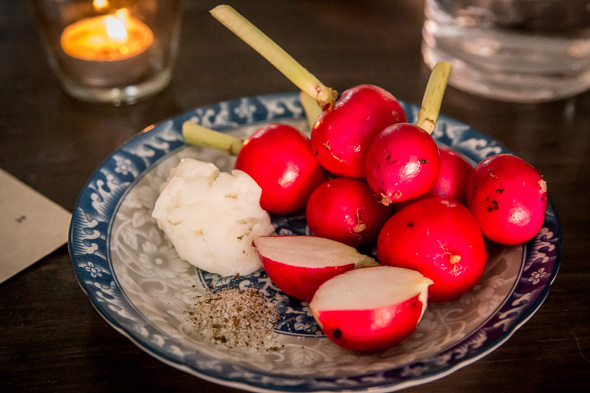 The kitchen is open until 2am nightly and the food menu is boldly simple. Raw trimmed radishes are served for $3 a plate accompanied by a glob of creamy, mennonite-made goat butter and housemade fennel salt. It impresses well beyond the sum of its parts and gains my full appreciation for its refreshingness and price tag. It's not even the cheapest thing on tonight's menu -- the fresh local peas in a pod win that honour at only $2 an order. 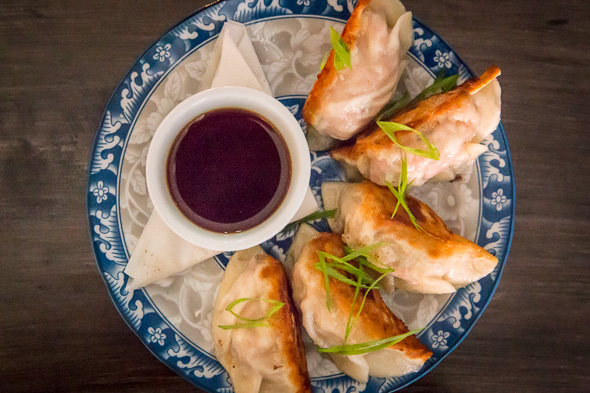 Plates are served as they're ready and the plump, pork-corn-and-chive stuffed dumplings ($6) are next to arrive. There's no deep fryer on the premises but the dumplings are pan-fried and accompanied by sweet and tangy soy chili vinegar. 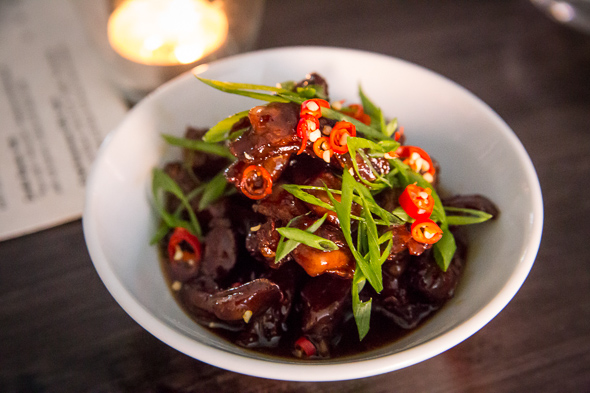 The honey chili duck tongues ($7) are where things get adventurous -- Tam tells me some people eat the cartilage but I'm happy to tear off the meat with my teeth like chicken wings. I've never had duck tongues before but I'm actually surprised how sinuous the meat proves, and how tasty they are with the sweet and spicy glaze. 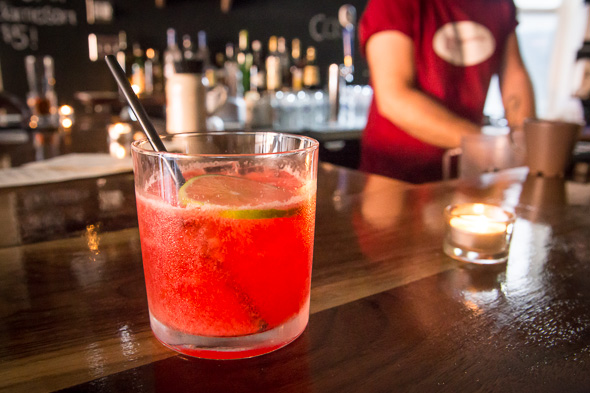 The aforementioned 'liquor' is present in the form of $6 pints and a selection of tall cans. There's no fancy cocktail list but they'll do the classics on request and occasional features like the sour cherry tequila ($8) that I was lucky enough to try. 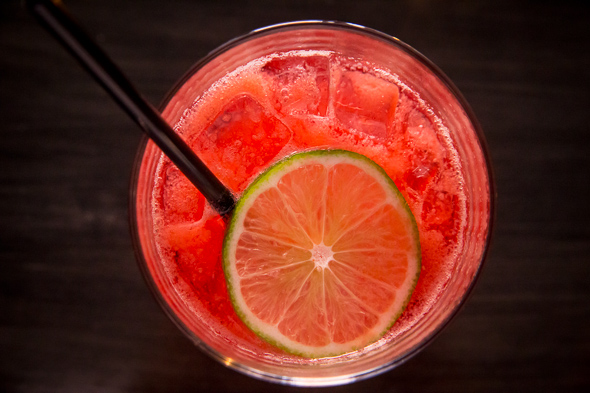 The wine list boasts some interesting selections that subs in unusual varietals like say a Pecorino instead of the standard Pinot Grigio. The most expensive bottle tops out at $44. 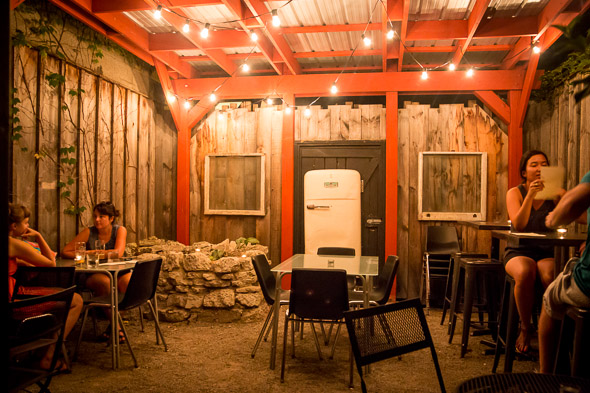 Food & Liquor is closed Tuesday and Wednesday but otherwise opens nightly at 5pm. Its the type of place that doesn't fill up til late and the aim (and reason for opening Mondays) is to cater to industry types looking for an alternative to typically greasy, deep fried late-night fare. 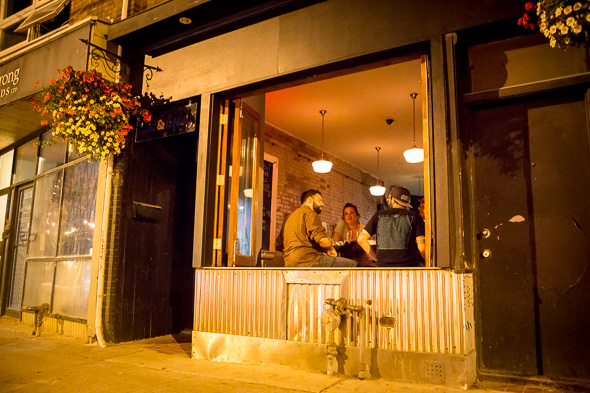