Fabarnak is not your typical community centre eatery, so don't be fooled by the location. Housed in The 519 Church Street Community Centre , Fabarnak is a social enterprise offering employment opportunities to area residents and great food that's getting noticed all over the city. 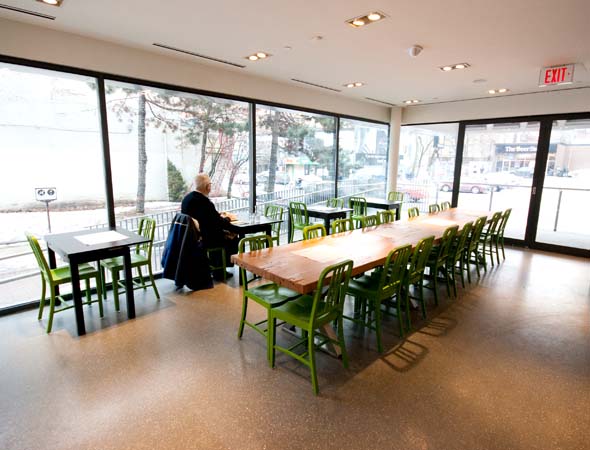 Since opening in October, word has slowly gotten out about the cafe/restaurant's unique menu of sustainable, homemade foods. Everything served at Fabarnak, right down to the ketchup served with the "Cosy" gluten-free elbow pasta with four local cheeses ($12), is made on site. Fabarnak smokes it own meats, makes its own soup stocks, even creates its own evergreen oil for its vegan "Comfy" soup, a tomato bisque with gouda and croustade ($4 or $9, depending on size). 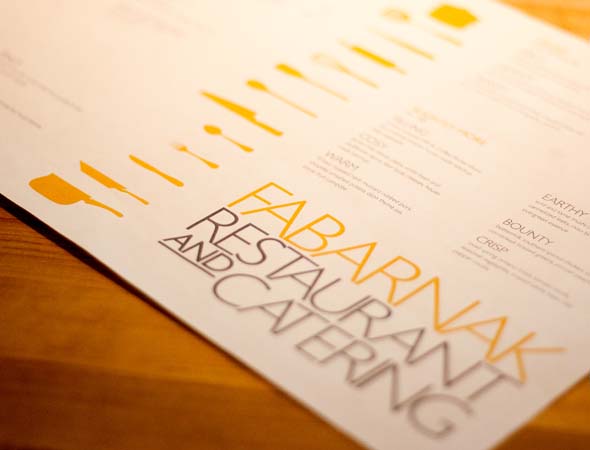 "My philosophy is that food is either about fantasy or nostalgia," says head chef and director of food services Eric Wood. "It takes us to somewhere we've never been, or reminds us of someplace we'd like to revisit." Wood encourages the staff to push boundaries and try to experiment with new tastes. "It's like you're writing a play," he says. "Constructive conflict is a good thing." 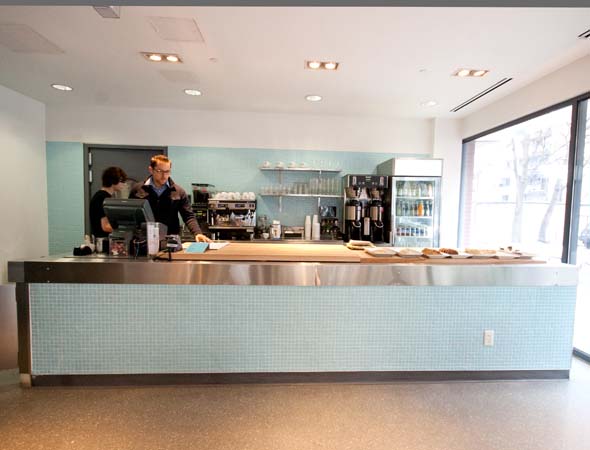 Fabarnak offers both an Ă la carte and a prix fixe menu ($25), which is always changing. Also on rotation is the soup of the day and the "Square Pegs" meal ($8), which is sort of like a bento box. On the day I came, Square Pegs consisted of a red quinoa salad with celeriac and cranberries, brown basmati rice pilaf, venison curry, and a chocolate walnut brownie. The quinoa was fabulously refreshing and both the curry and pilaf were incredibly flavourful with just the right amount of spice, but the brownie won hands down. 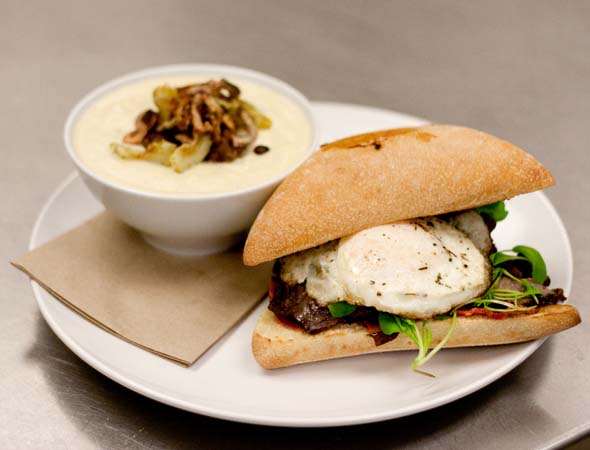 Fabarnak advertises its soup of the day, Square Pegs and other specials daily on its Twitter feed . It's best to pay special attention on "Cupcake Wednesday," where the minds at Fabarnak offer creations such as root beer float cupcakes and maple walnut cupcakes with bacon. All of the profits made at Fabarnak (the name, which, by the way, has no special meaning...and yes, they know what it sounds like) are re-invested in The 519. 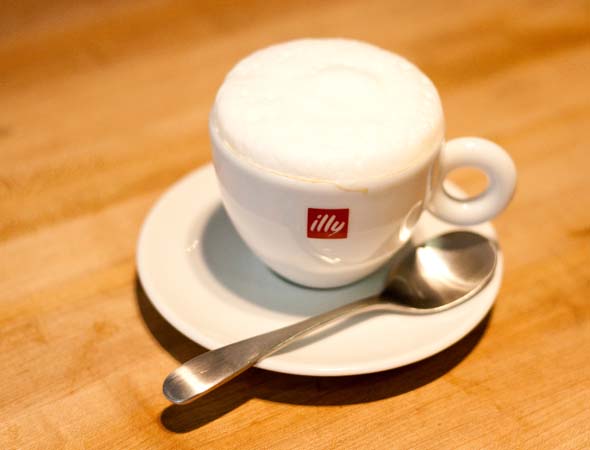 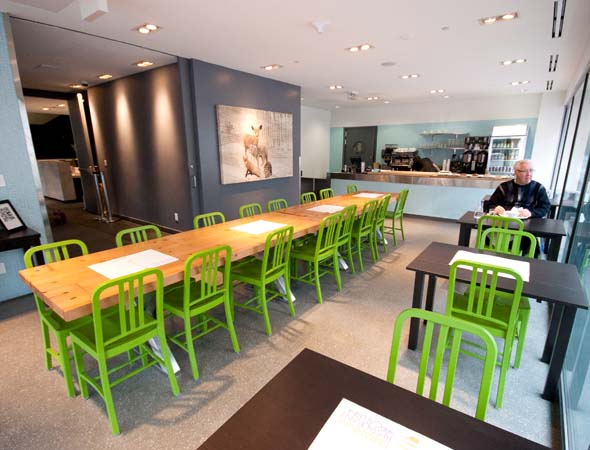 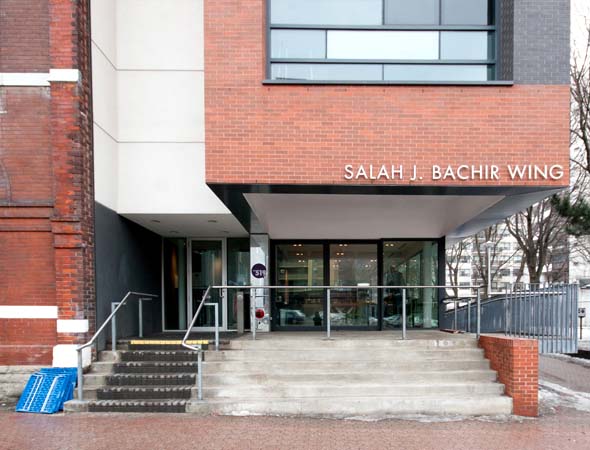