Corks & Platters is a small wine bar in the Beaches with a homey, DIY vibe. Occupying what was formerly a carpet store, the space seats about 18 people, with a few two-person tables, a window counter and a bar where patrons can play Jenga or checkers with wine corks for pieces.

A hodgepodge of eclectic decor, the entire place was outfitted by owner Krista Pollett, responsible for everything from the artwork on the walls to the sink covered in logs. (Be sure to check out the ladies bathroom downstairs - Pollett boasts it's the best in the Beach.) 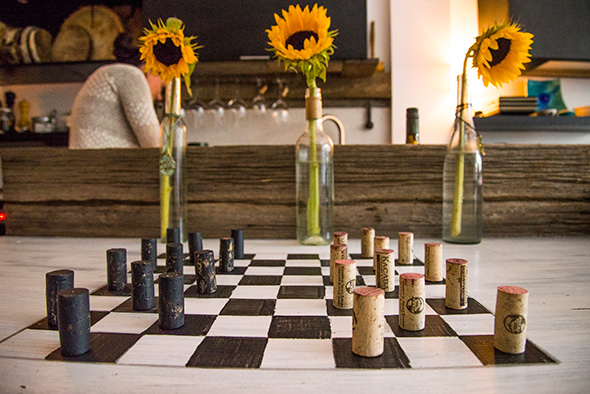 Originally from Corner Brook, Newfoundland (although she grew up in Parkdale), Pollett has already done a lot: she ran a B&B in Guelph, went to wine school in Niagara to become a Master Taster and was a stay-at-home mom for 16 years, cooking, raising chickens and growing her own garden. 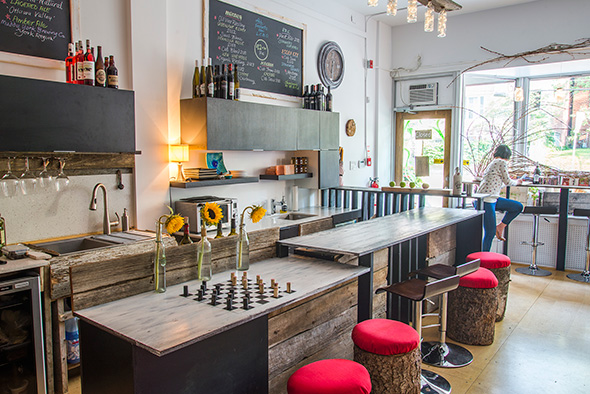 Pollett thinks Ontario is underappreciated for its wine and food, and wants to highlight wines from small-lot vineyards from Niagara, Prince Edward County and Essex County that aren't available at the LCBO ("They're about quantity - I'm about quality"). 7oz. glasses of wine go for $12 each, or you can also BYOW, with a corkage fee (local wines, $10; non-local, $15). 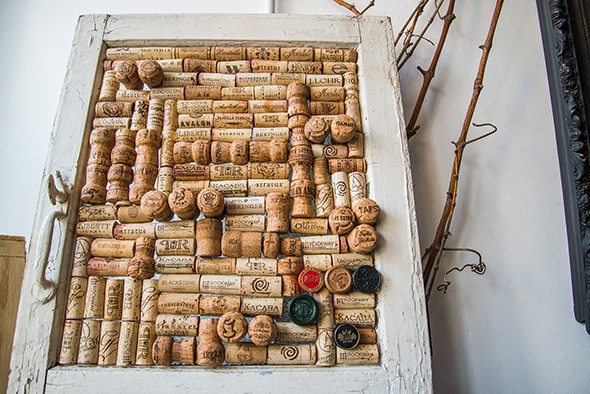 When we visit, there's a 2013 Organic Riesling from Niagara's Kew Vineyards, a 2011 Pinot Noir from PEC's Stanners Vineyard and a 2012 Cabernet Sauvignon from Sprucewood Shores in Essex County listed on the chalkboard, among others. Pollett recommends a 2011 Cab Sauv from Niagara's Kacaba Vineyards, and I'm won over after a sip. 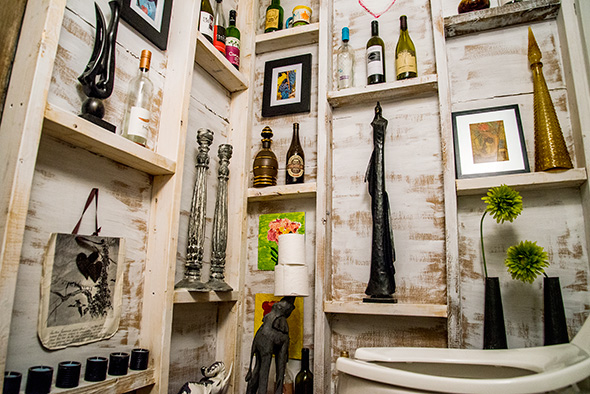 Snackwise, as its name implies, this wine bar offers a simple menu of platters: cheese (choose three types for $20, five for $27), meat (three kinds for $19, five for $26) and veggie ($10). Pollett knows the backstories of her produce and is happy to share her knowledge; she even picks up it up herself instead of having trucks stop outside for deliveries.

The veggie platter consisting of slices of cucumber topped with hummus and black garlic is presented on a block of pink Himalayan salt, making it look as visually appealing as it is tasty, with the cucumber soaking up the salt - you've got to eat it quickly if you don't want it to become too salty.

As for the black garlic, we've never tried it before and it's a revelation. It tastes sweet and balsamic-like, and Pollett calls it the "caviar of garlics." She tells us it's a Korean delicacy, and she gets it from an old farmer/former beekeeper in P.E.I. who grows it organically and ferments it himself. 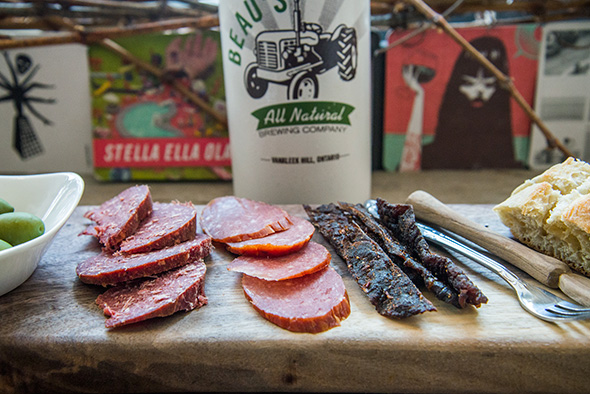 We also try a meat platter with house-made beef jerky, wild boar salami and wild elk summer sausage accompanied by olives, ACE Bakery bread (Pollett eventually wants to bake her own breadsticks) and some more of that sweet, sweet black garlic. Pollett makes the jerky herself with beef from Rowe Farms, and she gets the game meat from St. Lawrence Market.

There are oyster nights with fresh Malpeques ($3 each) every first Tuesday and Thursday of each month with a P.E.I.-native shucker who occasionally comes dressed as Anne of Green Gables . 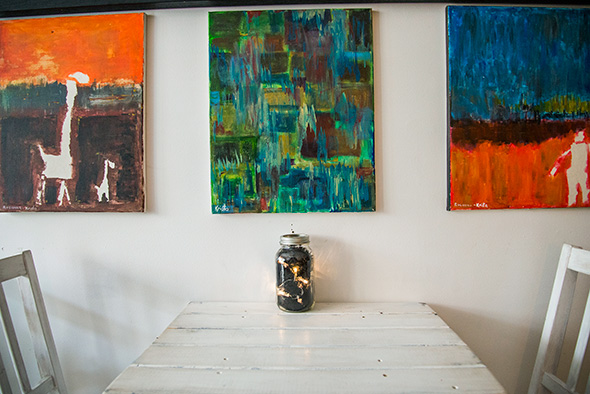 While we drink, nibble and chat, curious locals drop by to see what the place is about. In such a cozy space, it's inevitable that everybody interacts here, and that's what Pollett wants to do: bring people together with good Canadian food and wine. 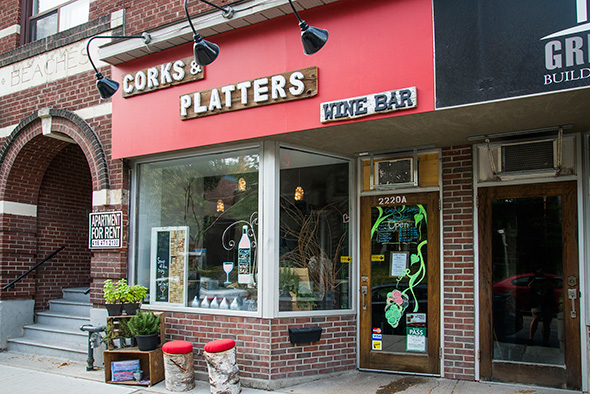