Big House Pizza has been firing up their oven going on a month now, and already customers are being lured back to this Danforth pizzeria near the "Pocket" for second helpings. As its no-nonsense name suggests, Big House scales down pretence for a friendly, casual, paper plate-to-mouth experience. This could sound like oodles of other forgettable, humourless pizza slice bins across the city were it not for the other ways in which character is injected into this pizzeria.

Upon your first visit, you'll inevitably take notice of their "salon" â the mugshots of celebrities and local notoriety perched above the booths. Here you'll find the likes of Kid Rock, Macaulay Culkin, Gary Busey, LeeLo and Rob Ford. Pizzazz before some pizza, anyone? 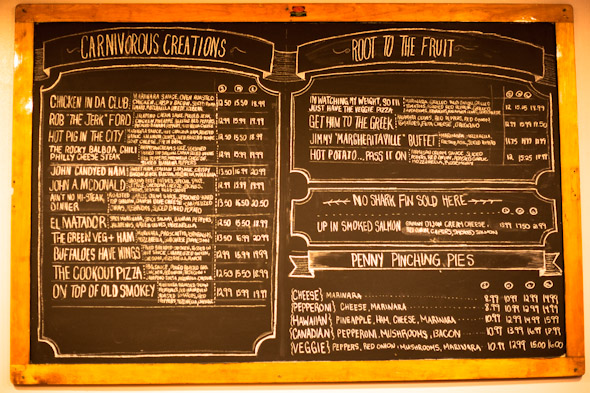 Wit (or at least the attempt at it) is also what makes their pie listings so memorable. Pizza creations feature such monikers as John Candyed Ham, Jimmy 'Margheritaville' Buffet, and Up in Smoked Salmon. You probably wouldn't be the first to be tempted, if just for a moment, to choose based on a favoured pun as opposed to the toppings. 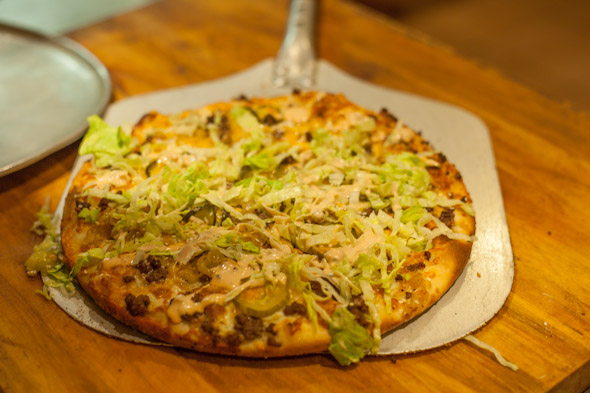 Big House offers a menu that's a stacked affair, their goal to reform old hat recipes with new interpretations. First up was the John A. McDonald ($12.99/sm; $15.99/med; $19.99/lg), their pizza-fied version of the Big Mac. It's one of their most popular, but also most risquĂŠ since it leaves most familiar toppings out of the picture. Ground beef patties, onions, and cheddar cheese, are the main flavours on this one, moderated by a drizzle of special sauce that doesn't overpower, and a sesame seed crust gives it an additional reference point. More off the wall are the pickles and shredded lettuce, the latter of which is added after it comes out of the oven.

For some, these last two items are perhaps deal breakers, outlaws in pizza country. In that regard, it might be more enjoyed when thought of as an open-faced Big Mac sandwich. And, hey, anytime a kitchen tries their take on this fast-food staple, consider me game. I'm looking at you, Burger's Priest and This End Up ! 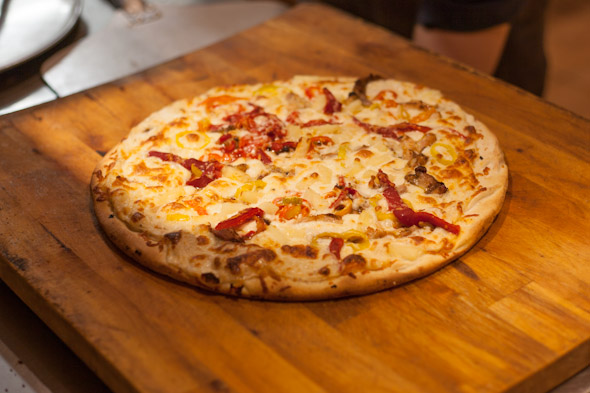 Next on our pizza to-do list was their Rob "The Jerk" Ford. Political opinions aside, this pie might just have even the most reactionary pizza eaters reaching for a slice number two. Whereas Sir John A. was less saucy (as you'd tend to expect from the old boy), the jalapeno cream sauce and mozzarella combination of this pie make each overflowing bite satisfyingly gooey. In-house, pulled jerk chicken and pickled banana peppers give it some heat, which is then offset a bit by the sweetness of diced pineapple and roasted red pepper strips.

Thankfully Big House doesn't skimp out on fresh and flavourful ingredients. Plus while they absolutely do not serve deep-dish pizza, the cast deep-dish pans they use obtain a more even heat distribution, for a crust that is neither thin nor thick but somewhere between these two poles. 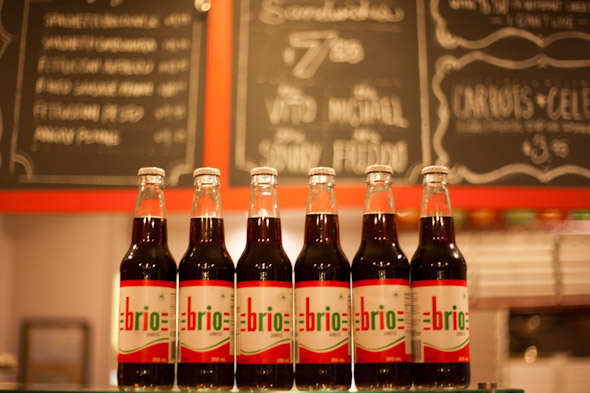 Purists certainly won't be defecting from Libretto , Queen Margherita and Terroni anytime soon. Pizza pride and the simplicity of minimally-topped, wispy-thin traditional pies are two sides of the same pizza, I reckon. But for adventurous types who don't mind an unorthodox and unique take on gourmet pizza, Big House delivers big flavours without the fuss of line-ups, wine pairings, or a hefty check. 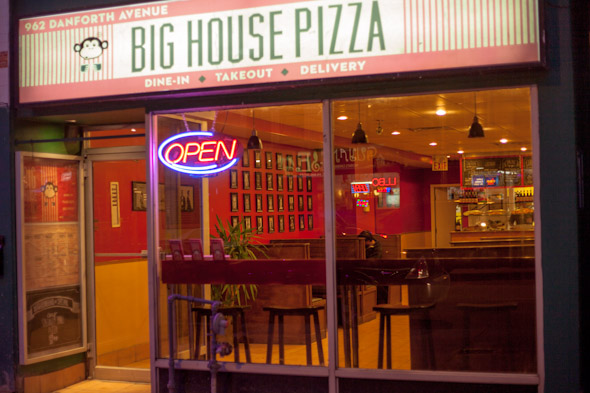