Bannock is currently open but their offerings and services may be affected due to the pandemic. Please contact the business directly for more information about any changes. Is this your business? Please contact us if you would like to update this message.

Bannock opened about a year ago, marking an effort from Oliver and Bonacini to revamp the food options at the flagship Bay department store on Queen Street. While some people have fleeting nightmares about the horrid mall food that used to be found in such places, the slick-looking restaurant takes a page from glitzier counterparts such as Bloomingdale's , which introduced an upscale dining component years ago.

With a stranglehold on the local "casual fine dining" scene, the O & B team do something at least a little different from their other restaurants here, if only on the surface. In addition to a focus on comfort food, there's enough Canadian references scattered about the dining room to give Brett Lawrie a maple boner. 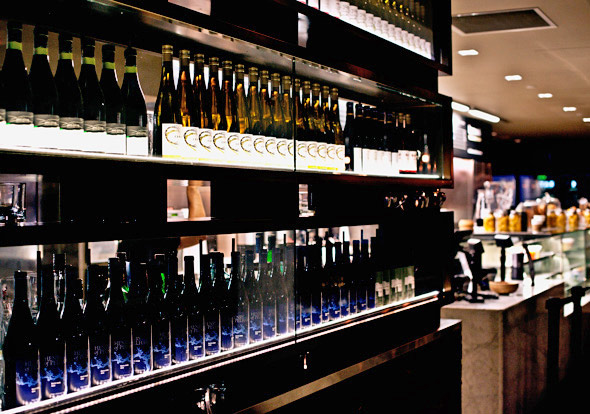 Bannock, as we all (should) know, is a flat-style bread the recipe for which can be traced back to Native Canadians. It's a good name for a restaurant structured around the idea of Canadian comfort food, but it's probably not a good idea to put too much stock in the promise of aboriginal-inspired fare here. While there are gestures to such cuisine, if that's what you're interested in, more interesting — and in certain cases, authentic — offerings can be found at Keriwa Cafe or the more recently opened Tea 'N Bannock . 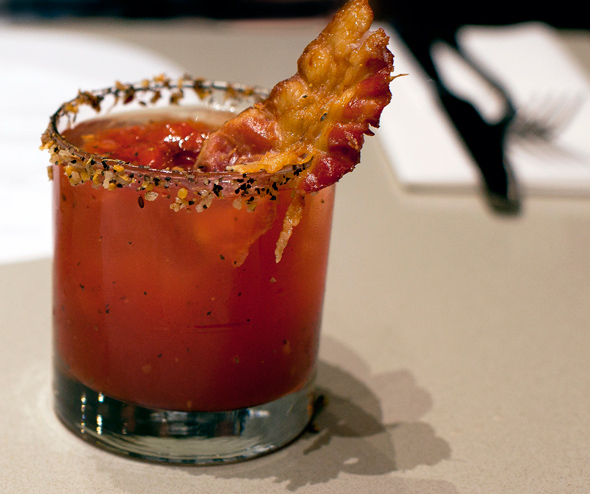 With a decent selection of cocktails, wine and beer to tempt us, we settle on a good and proper Canadian tipple, the Bannock (Spicy) Caesar ($9). The salty rimmed glass and small dose of fat from the bacon offsets the heat, and makes for a promising start to a meal. When paired with Poutine ($10) smothered in Monforte cheese curds and chicken gravy it was a tad gluttonous, but isn't that the point of poutine? 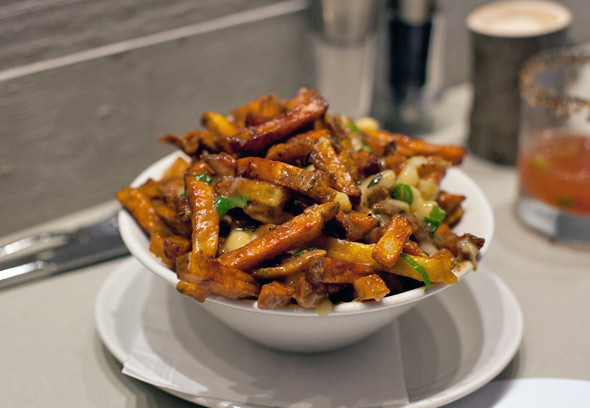 At $10, the portion is quite generous: we ate and ate and the bowl felt almost bottomless. Never-ending poutine sounds good in theory, but after 10 or so bites, you're ready for what's next. I did appreciate the addition of crispy green onions, which added a nice texture and pop of colour.

Our sociable server guided us in choosing our mains, and with a subtle nudge in the right direction we opted for the Chicken Pot Pie ($16) and the Pork Shoulder ($18). The pork shoulder was a massive loaf of slow cooked tender pork, draped across handmade spaetzle (think German gnocchi) which was scented with a Steamwhistle beer jus. This was the clear winner. The pork literally fell apart at the slightest poke of a fork, and the slightly wilted, buttery spinach was a delicious accompaniment. 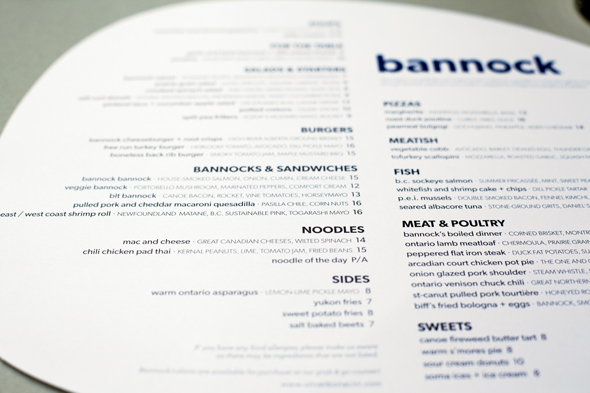 The Arcadian Chicken Pot Pie, however, was disappointingly and unnecessarily salty. The bland mix of peas, carrots and creamy veloutÃ© sauce were topped in a buttery crust, and even a small pop of herbs would have brought this pie back from mediocrity. The pairing of mashed potatoes and gravy only offered more of the same — overly salted and rather beige food. 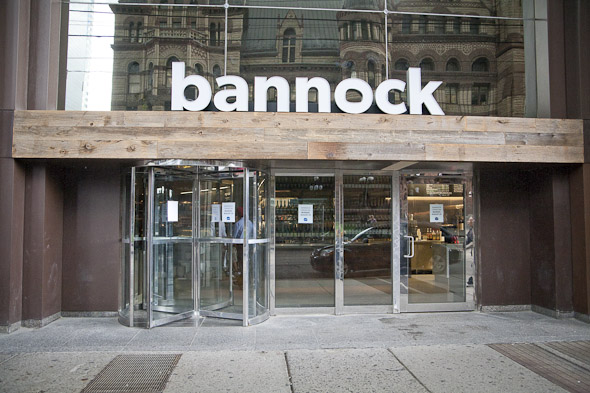 We skipped out on sweets but were definitely tempted by the canoe fireweed butter tart ($8). The takeaway counter also serves swish food on the go, which makes the idea of picnic lunch at Nathan Phillips Square an appealing idea.

I would likely make a return visit to Bannock, as its tiny little Queen Street patio seems like a perfect spot for people watching and the service and cocktails exemplify the easy vibe that the restaurant strives to exude.