AF1 Caribbean Canteen is the brainchild of Adrian Forte, who won acclaim with Dirty Bird. While that offered his Canadian take on a Southern classic, dishes here centre around his heritage and childhood in Kingston, Jamaica.

There, his grandmother was a chef for forty-two years, serving Forte and his friends at school. The dishes here are made using those traditional recipes, the cryptic “AF1” moniker code for Adrian Forte’s greatest hits, or number ones. 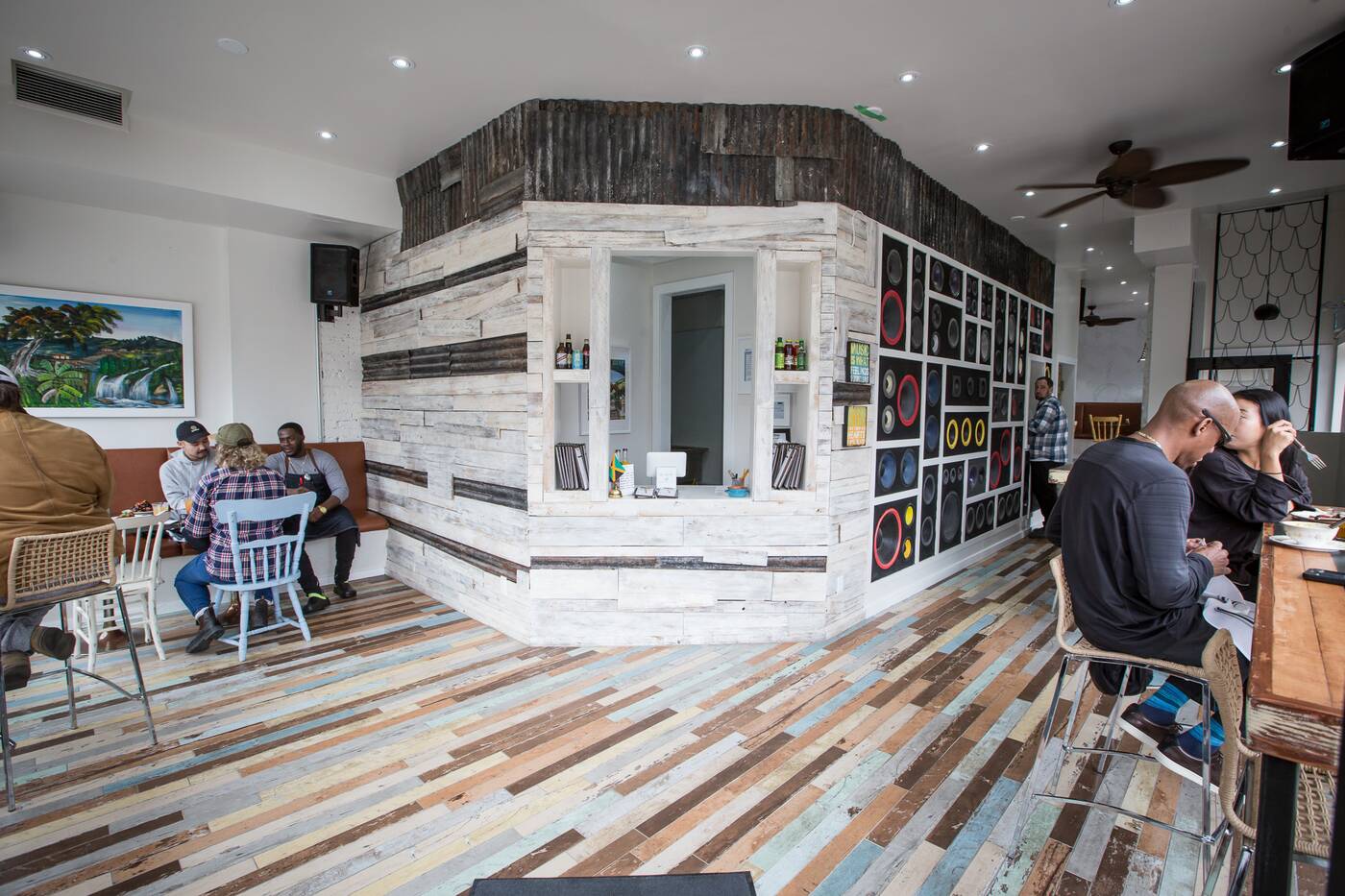 Many restaurants have tried and failed to make a go of it in what should be an easy corner spot, recently Spiceman Mexicana and Bang Bang Bar. 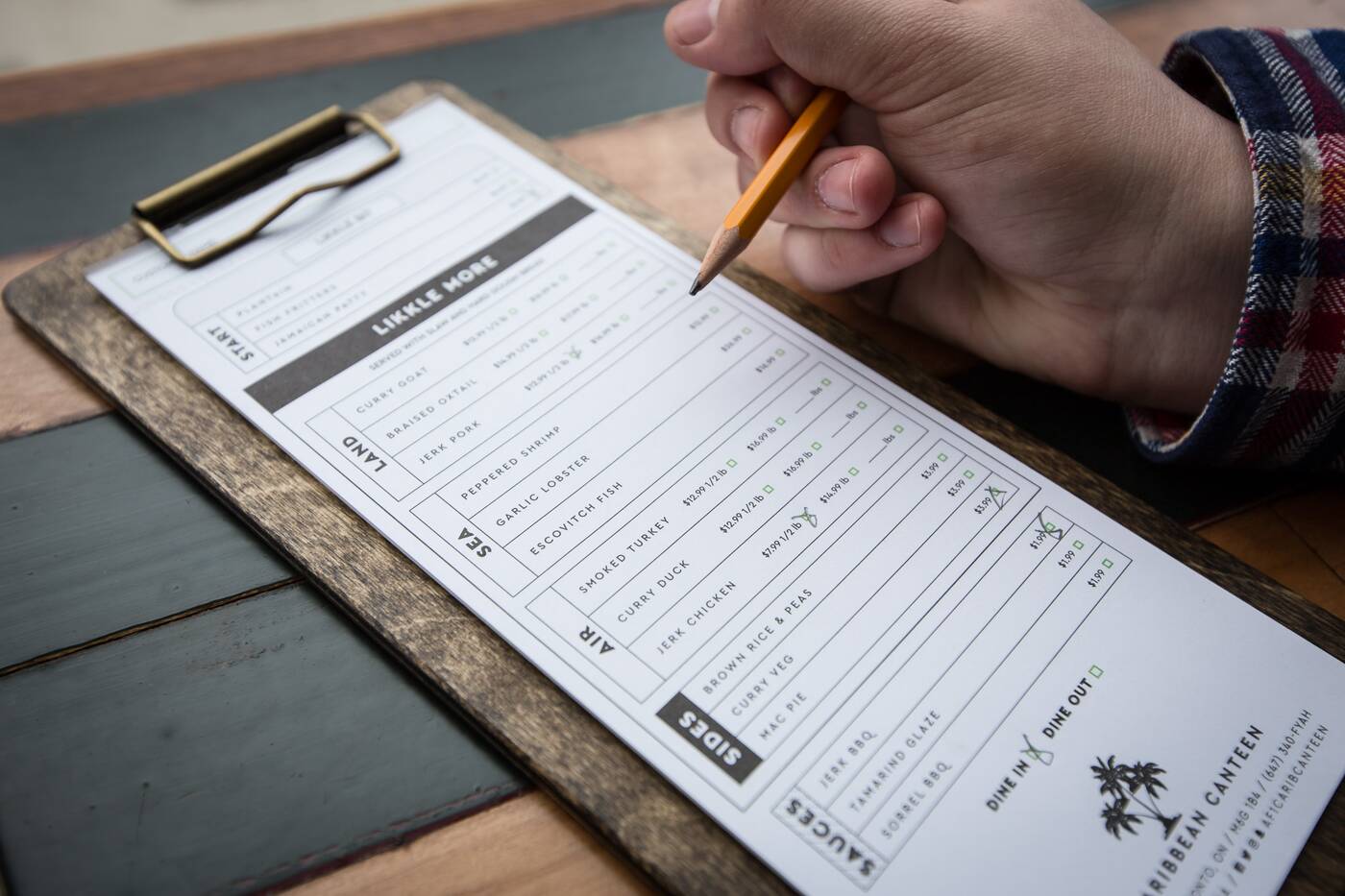 AF1 capitalized on the layout of the space with the canteen concept: you order by filling out a menu card and handing it to the kitchen through a window near the front entrance. 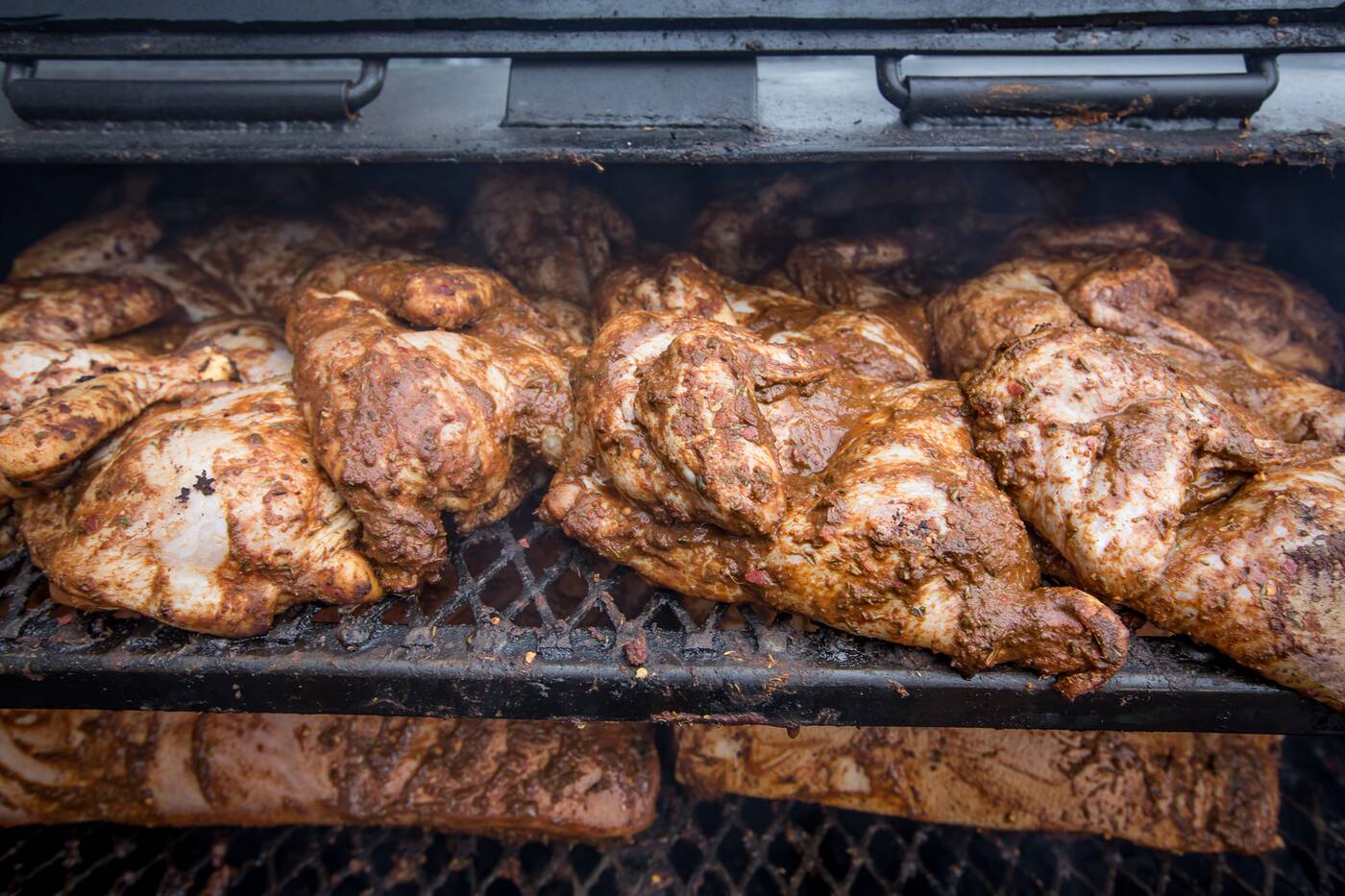 Forte attempted to get a custom jerk grill, questing around Eglinton, but in the end it’s a smoker from Texas that does the job on the AF1 patio. 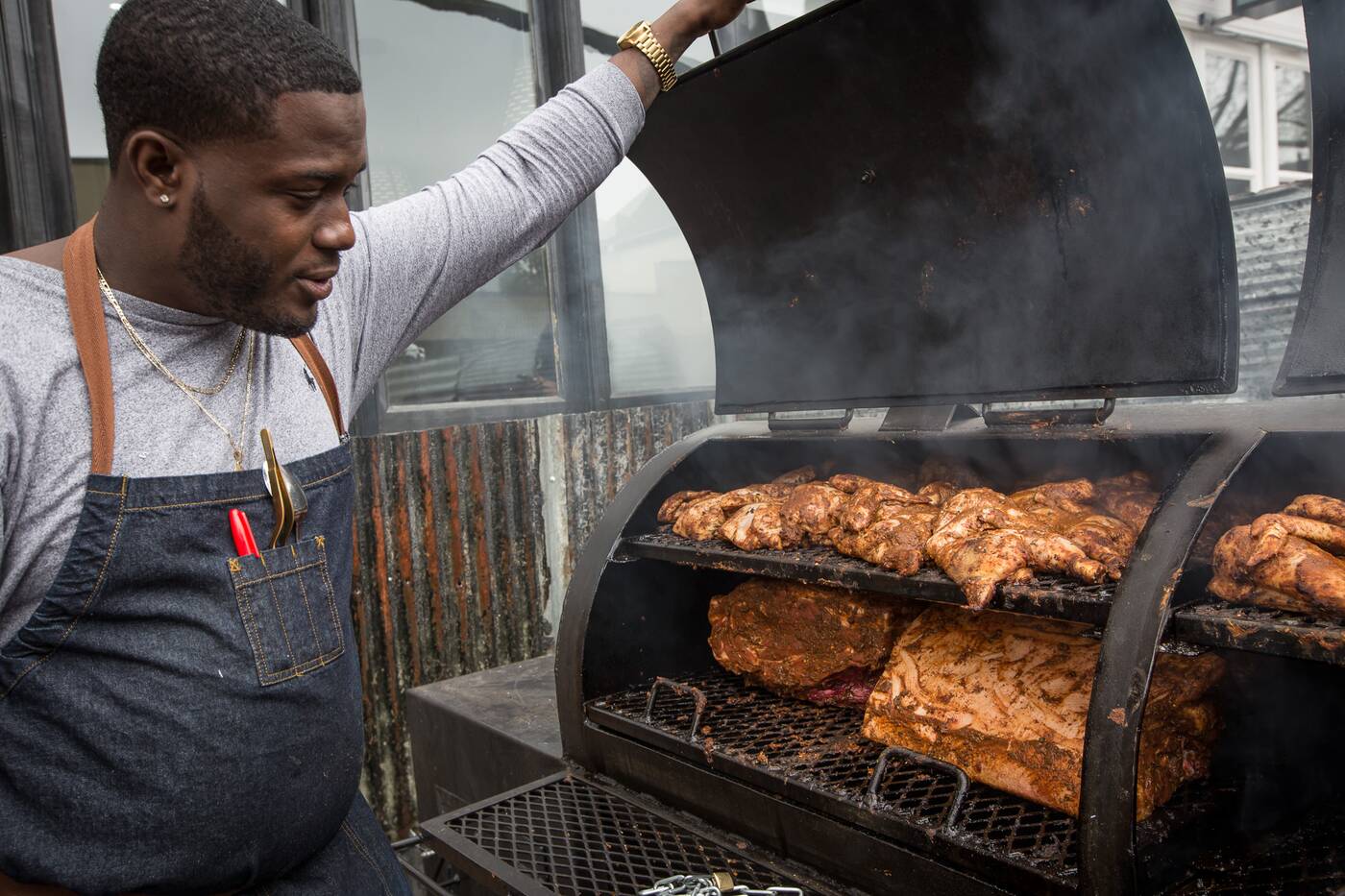 Jerk chicken is smoked for two or three hours, pork six to eight, all with pimento wood. 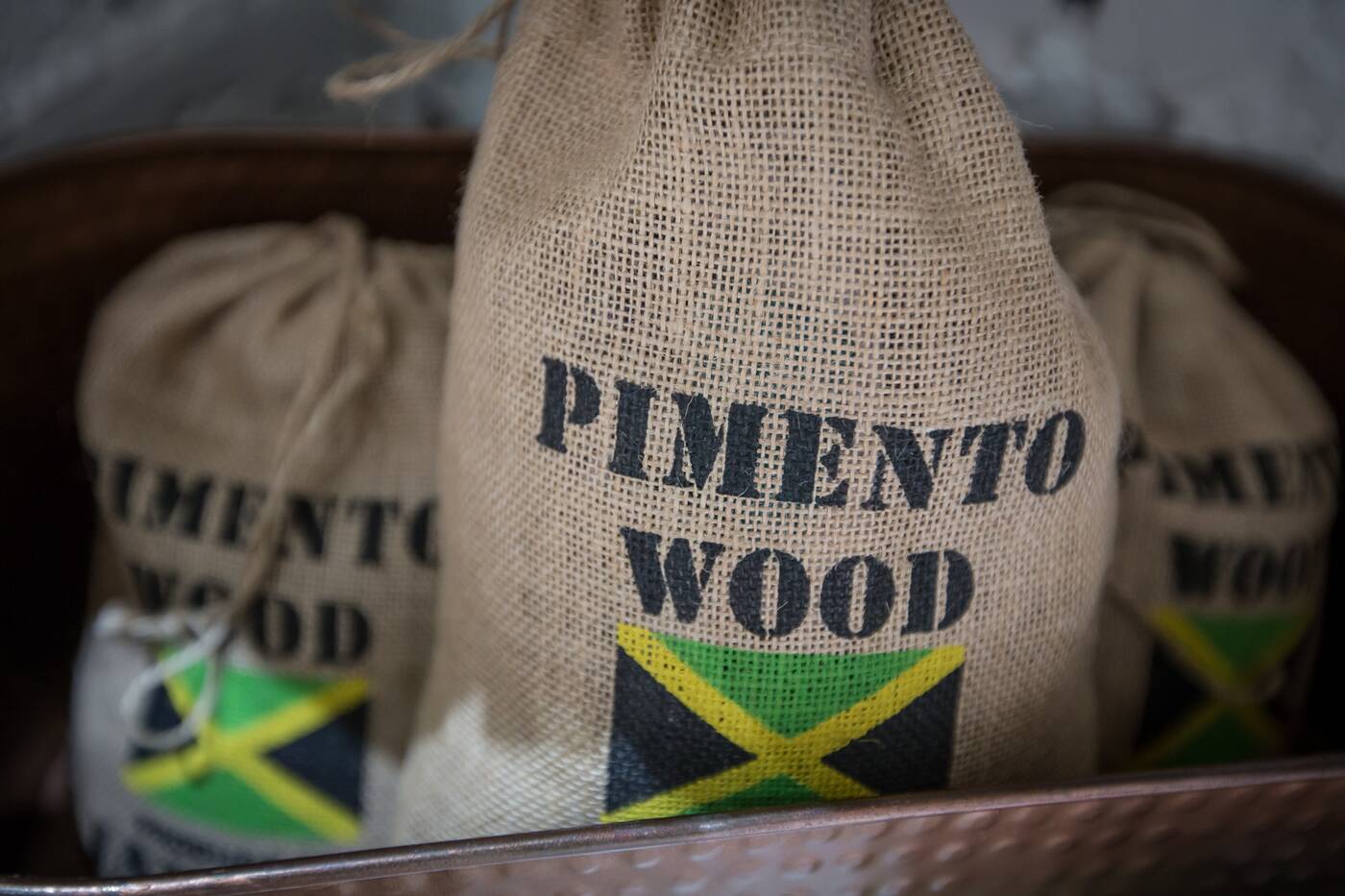 Forte explains while many think jerk refers to sauce or marinade, pimento smoke defines the method. 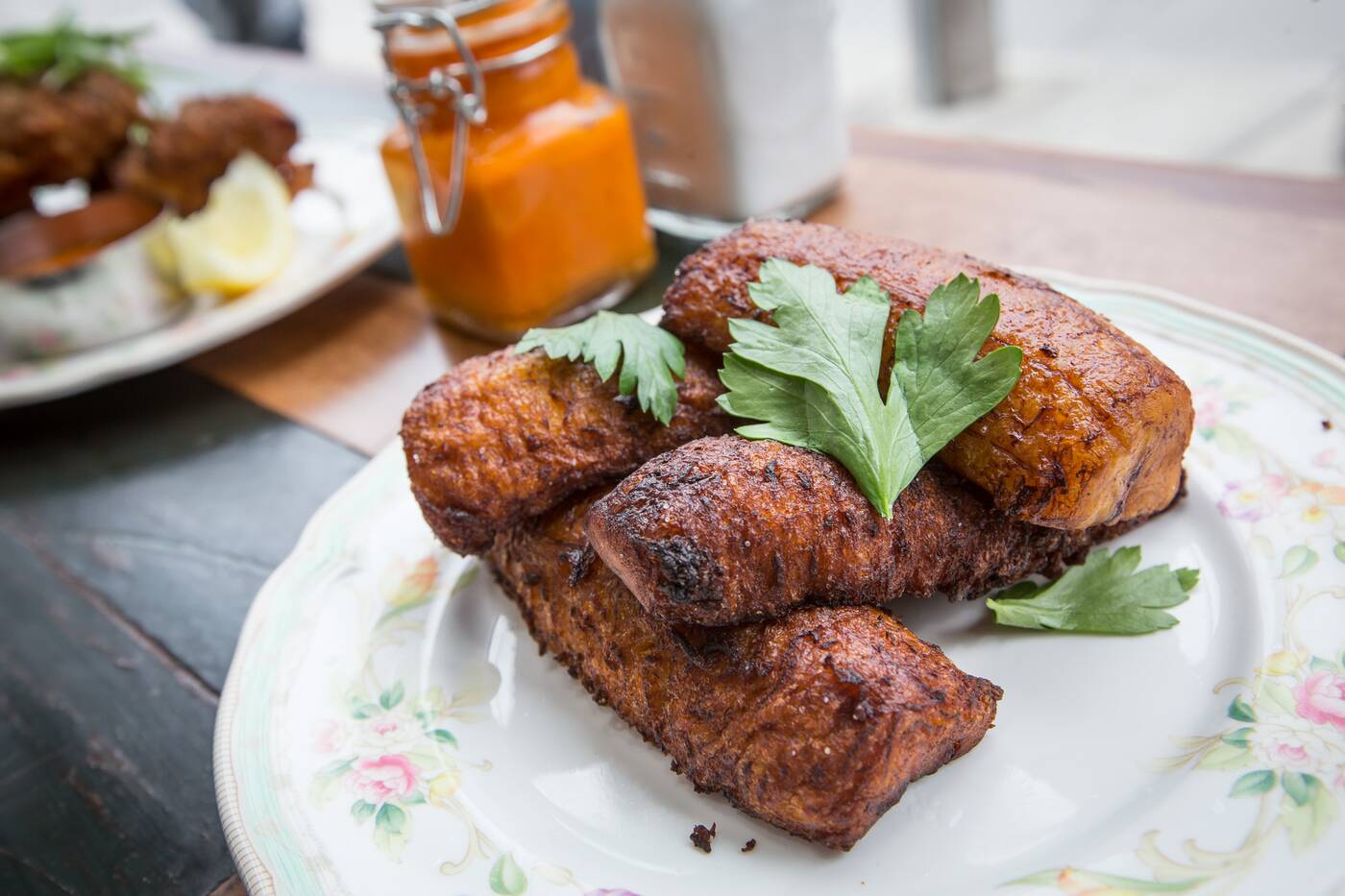 Plantain ($2.99) is crispy and caramelized on the outside and soft and sweet inside. 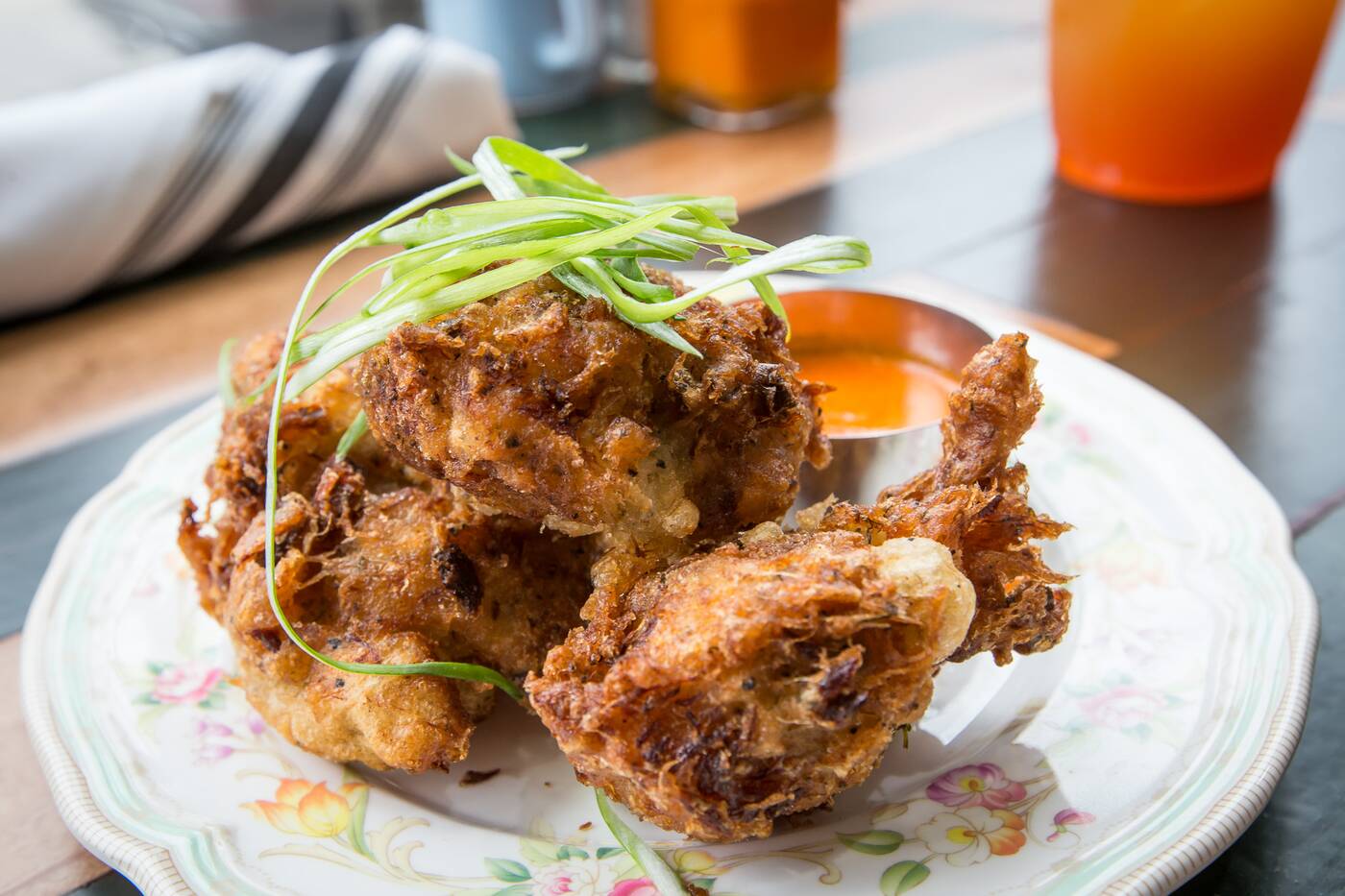 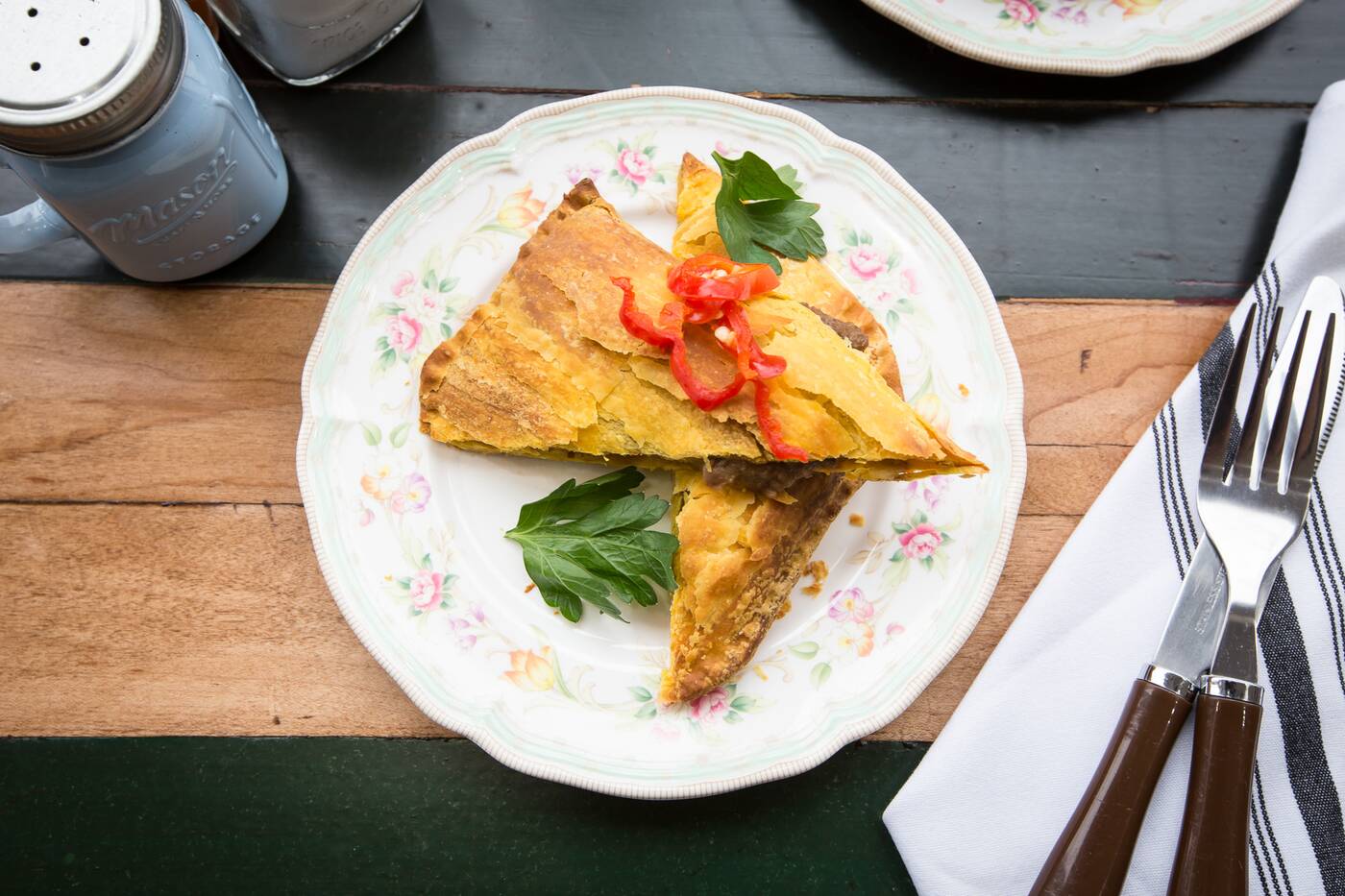 Everything’s made here but the patties ($1.99) and the bread that comes with the jerk, hauled here from Golden Patty every morning. 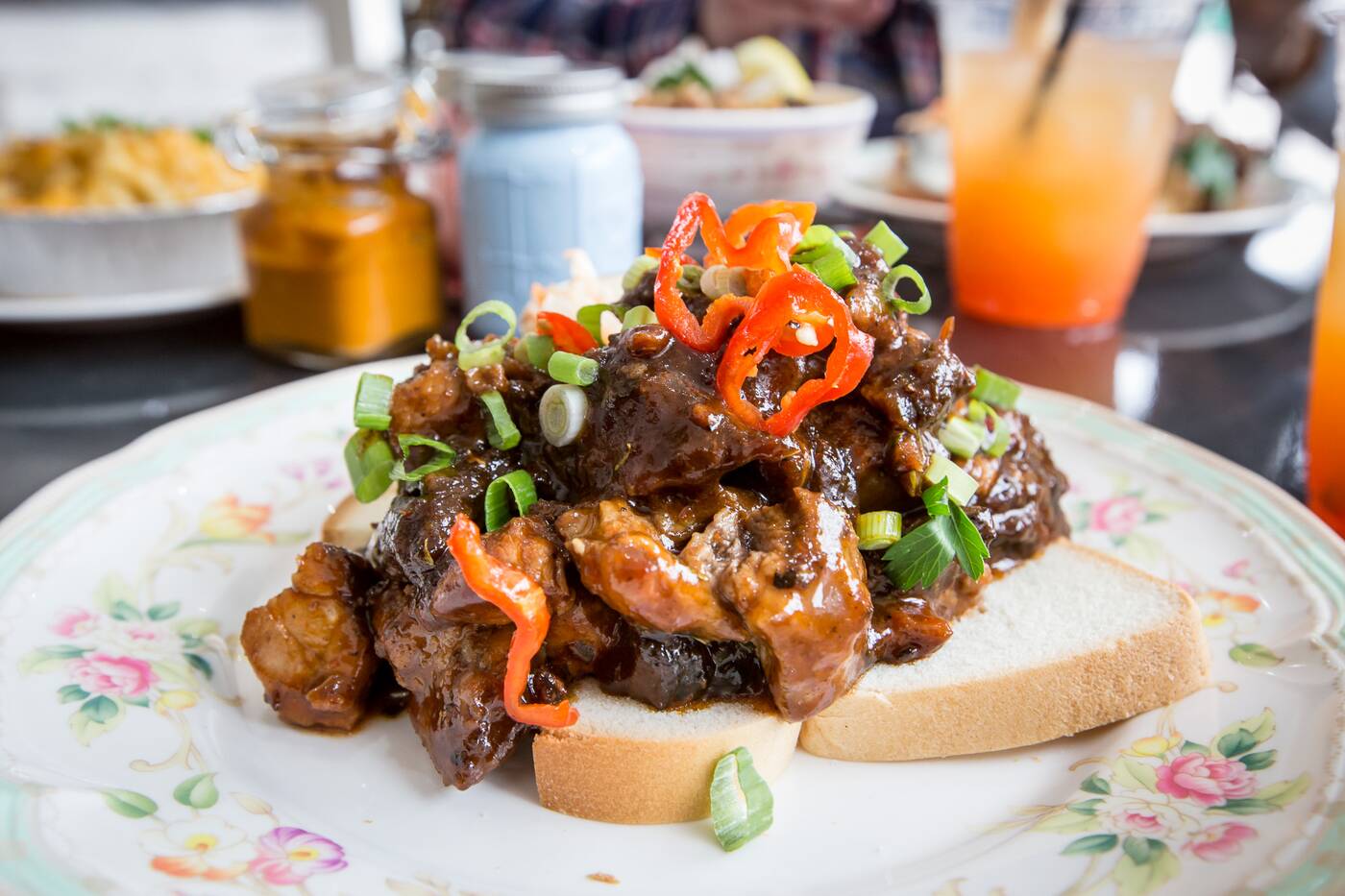 Jerk chicken ($7.99/half pound) and jerk pork ($12.99/half pound) are ultra spicy and sticky, made with a house seasoning blend and marinade and glazed with a molasses-based sauce. 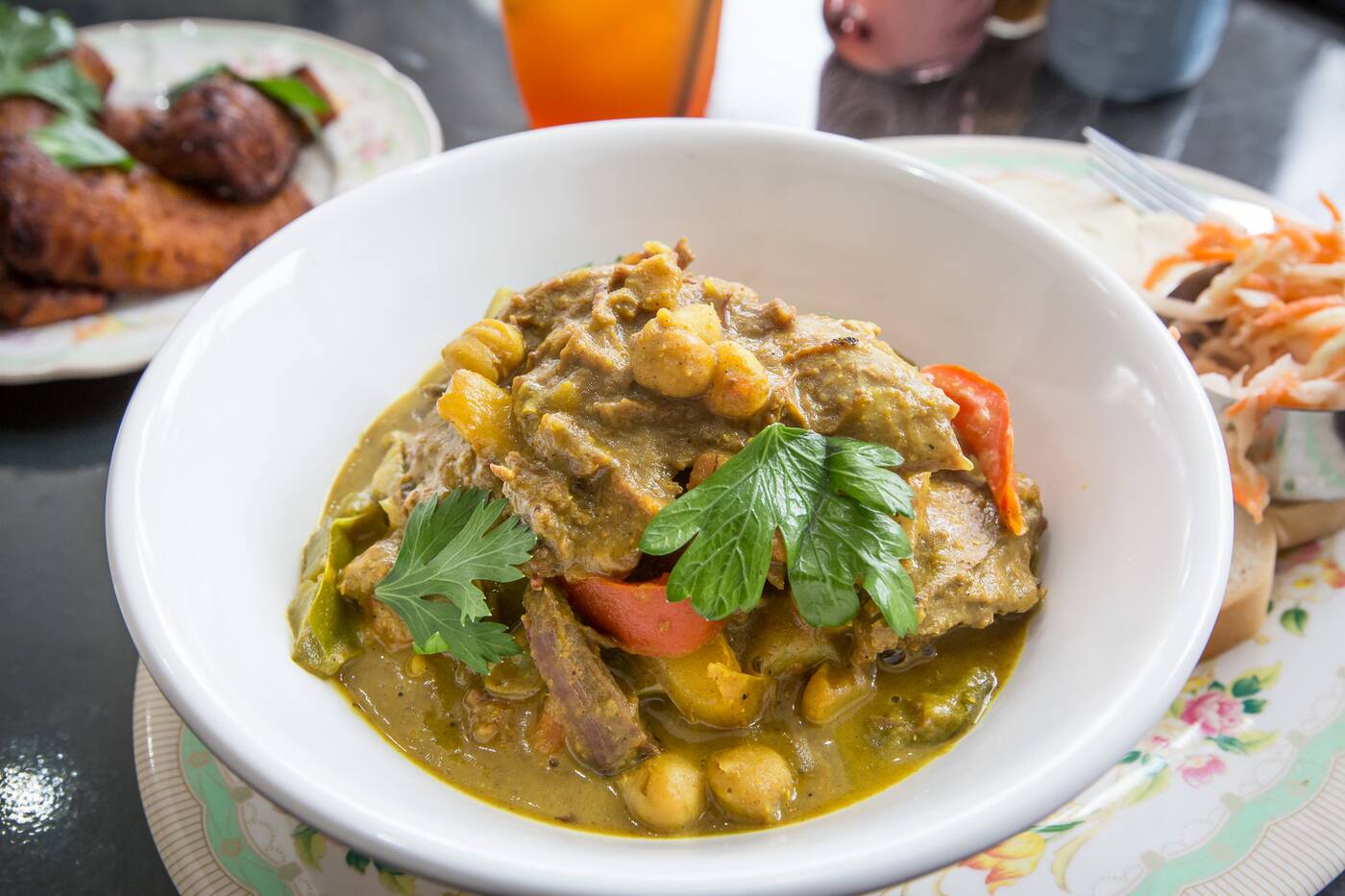 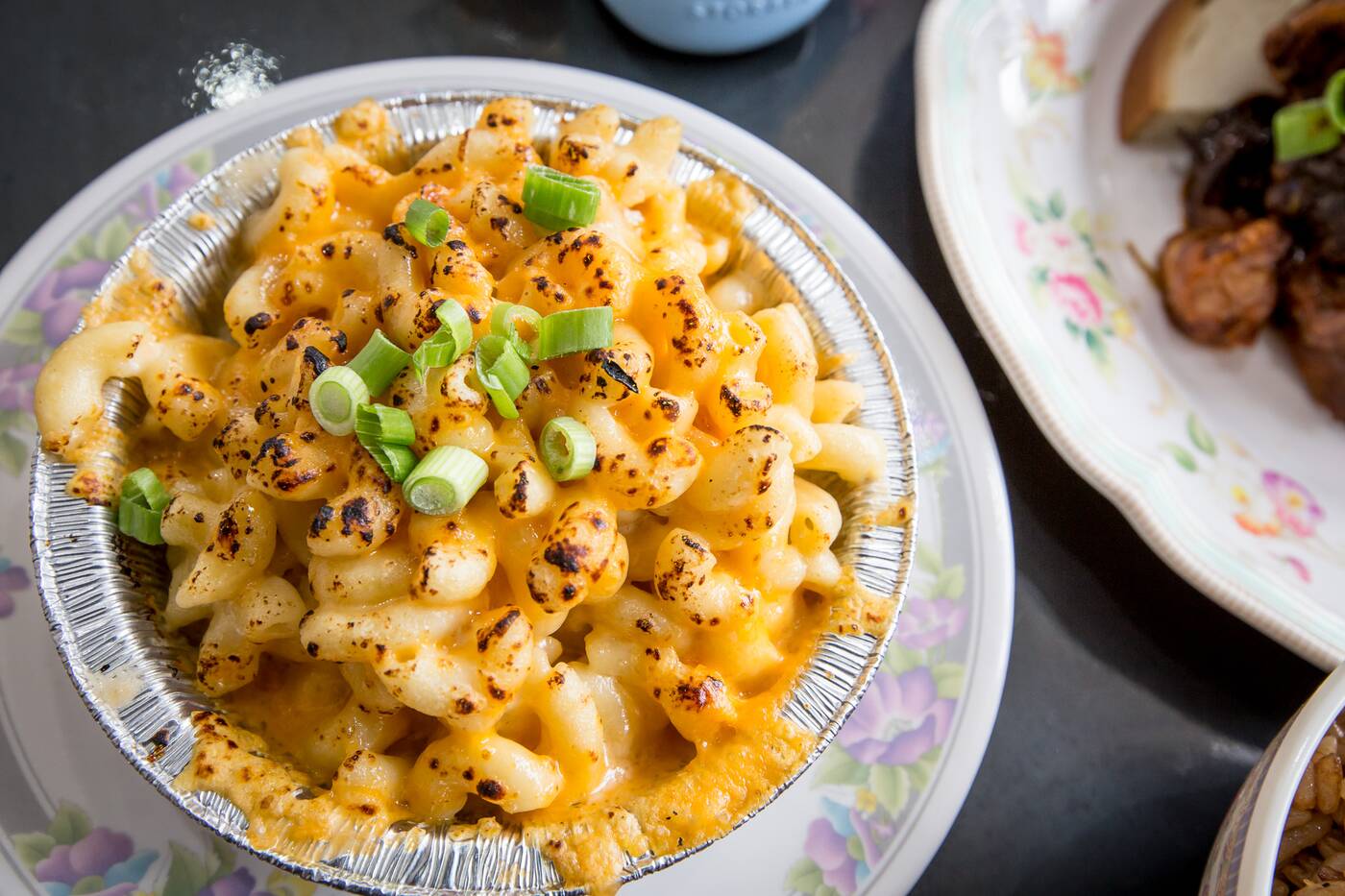 Mac pie ($3.99) is sweeter than you’d expect but highly unique due to using coconut milk made by grating actual coconuts in the place of heavy cream. 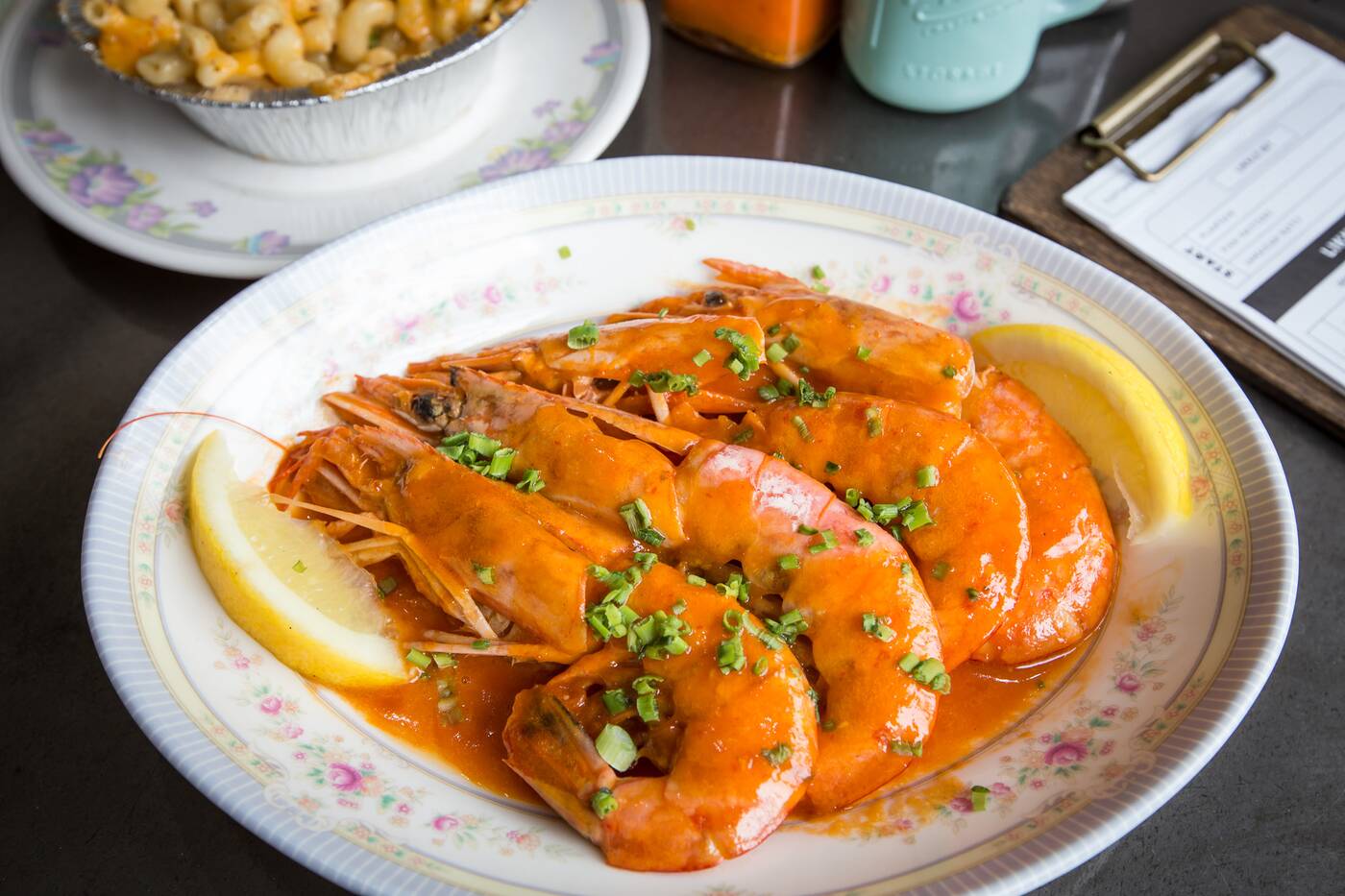 Peppered shrimp ($12.99) is everywhere on Jamaican beaches. Here, squeeze the heads onto the bodies, which are succulent and swimming in a spicy sauce. 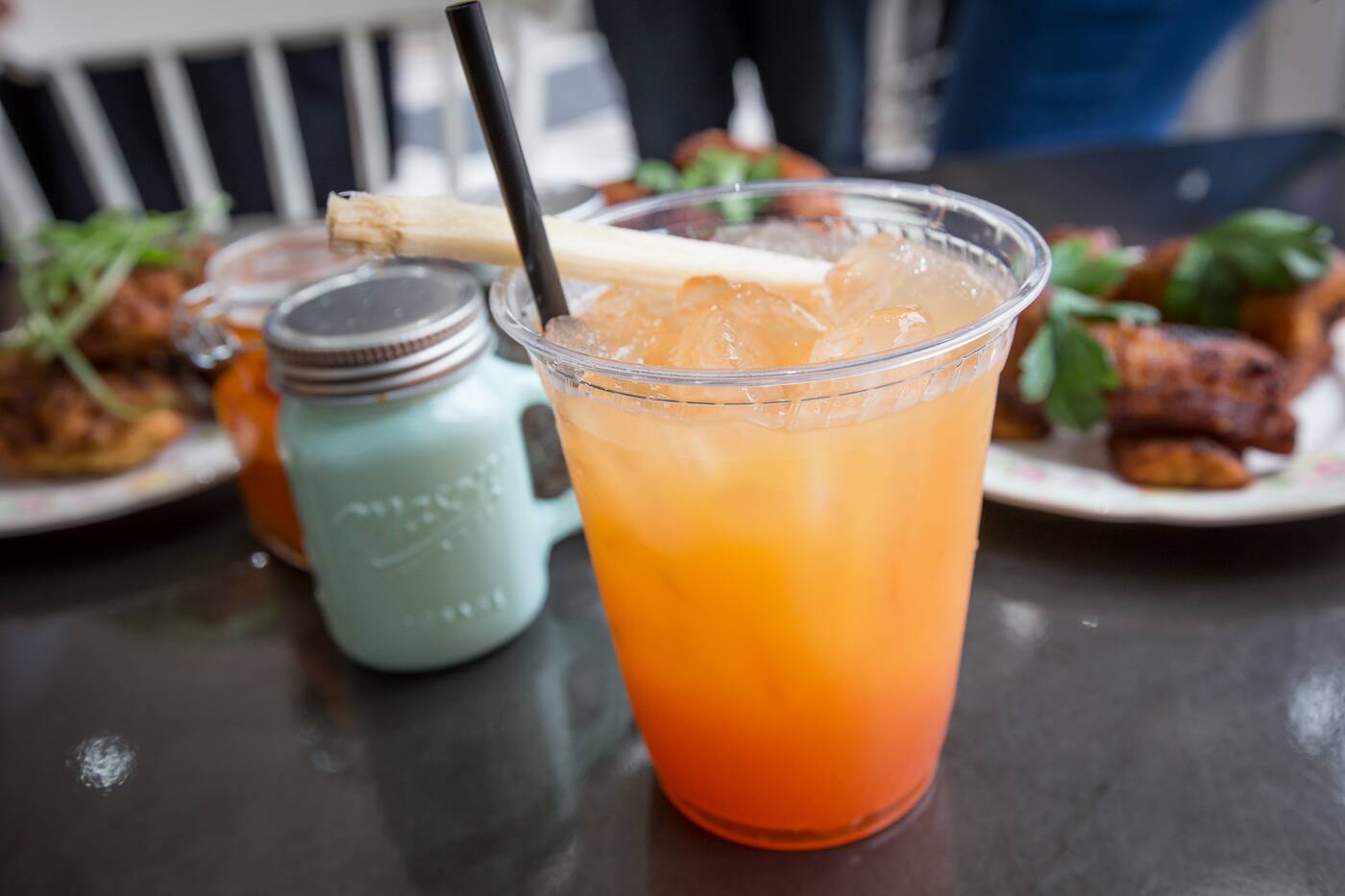 You’ll love Pop’s Punch ($8) if you love rum: saturated with booze, this drink combines Andrew Weathers’ recipe with his grandfather’s, who initially created it. 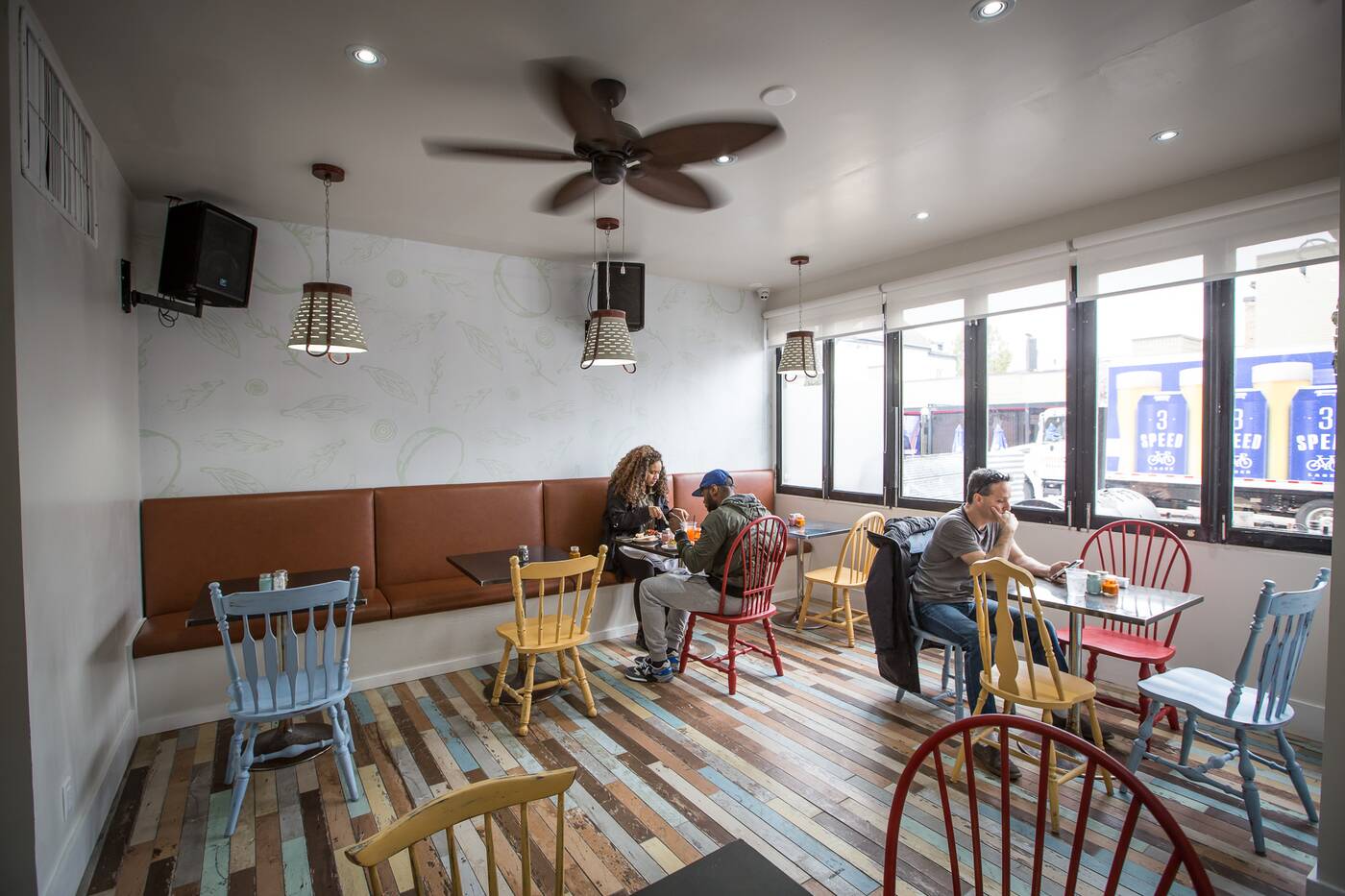 The space feels divided into various nooks, though the atmosphere is bright, colourful, and definitely island-inspired, reggae blasting from a wall of speakers. It’s Forte’s element: this all started with him grilling and serving jerk chicken in the middle of a club. 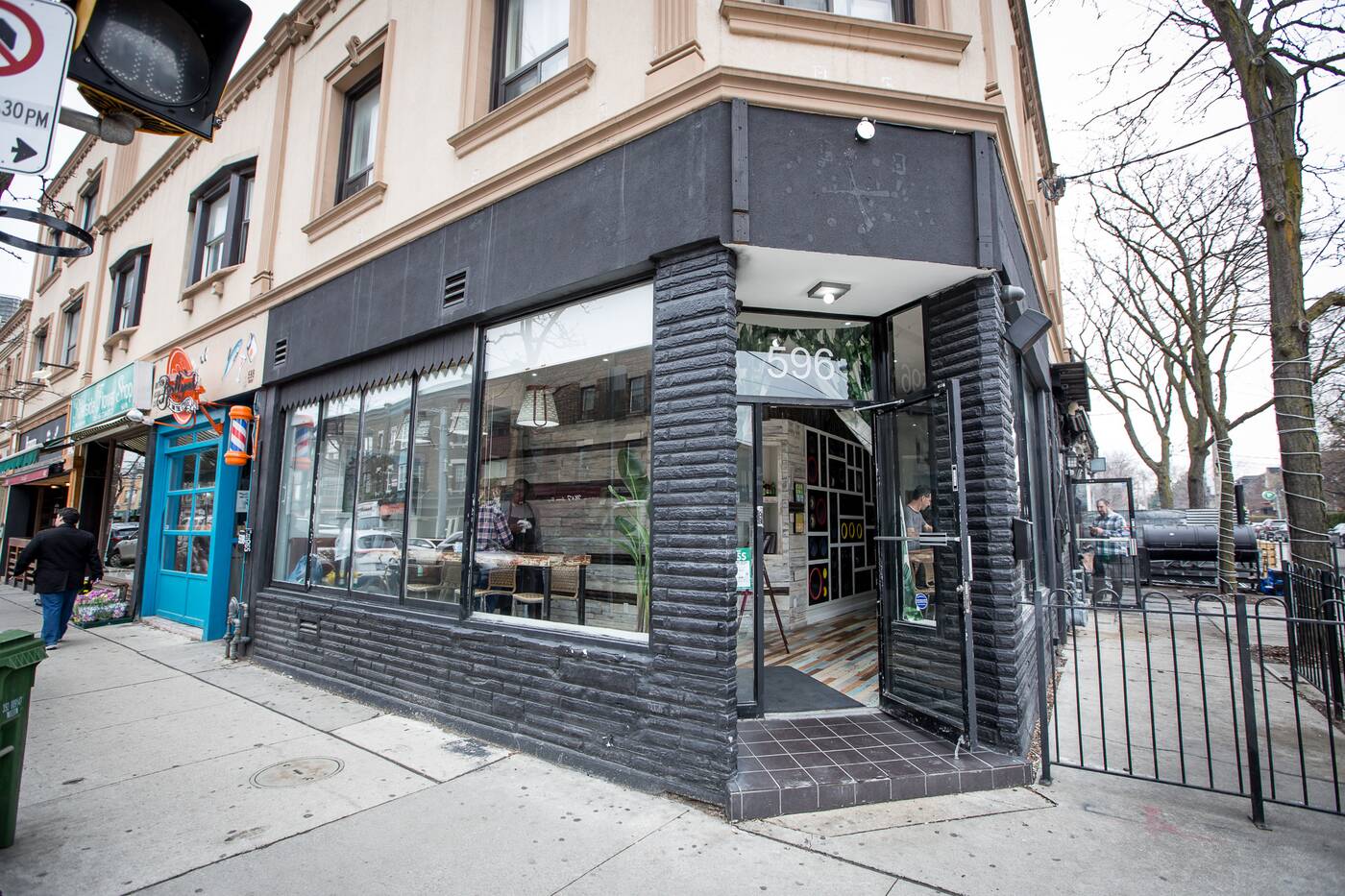