A sky-scraping condo could transform a block of Jarvis Street, but the new landmark would spell the end of a rooming house containing some of the last affordable apartments in Toronto's downtown core.

A developer — currently just identified in planning documents as a numbered corporation — intends to tear down a rooming house at 295 Jarvis Street, known as the Inglewood Arms Hotel, and replace it with a 60-storey condominium tower.

Proposed in mid-November, the current plan replaces a previous 35-storey proposal for the site with much taller ambitions and a new look from architects IBI Group.

The updated plan for 295 Jarvis Street. Rendering by IBI Group.

Rising 199.4 metres to the top of a mechanical penthouse level, the proposal calls for 44,530 square metres of gross floor area, which would be dedicated entirely to residential space.

This includes 618 condominium units, planned in a breakdown of 54 studios, 409 one-bedrooms, 93 two-bedrooms, and 62 three-bedroom suites.

But like the proposal that came before it, this one could prove controversial for its planned deletion of a rooming house with 88 units and a building with some underappreciated heritage character.

The Inglewood Arms Hotel appears to have once been three separate Victorian rowhouse residences, constructed in 1856 and consolidated around 1909 and converted to hotel/rooming uses. It has been known under its current name since 1944. 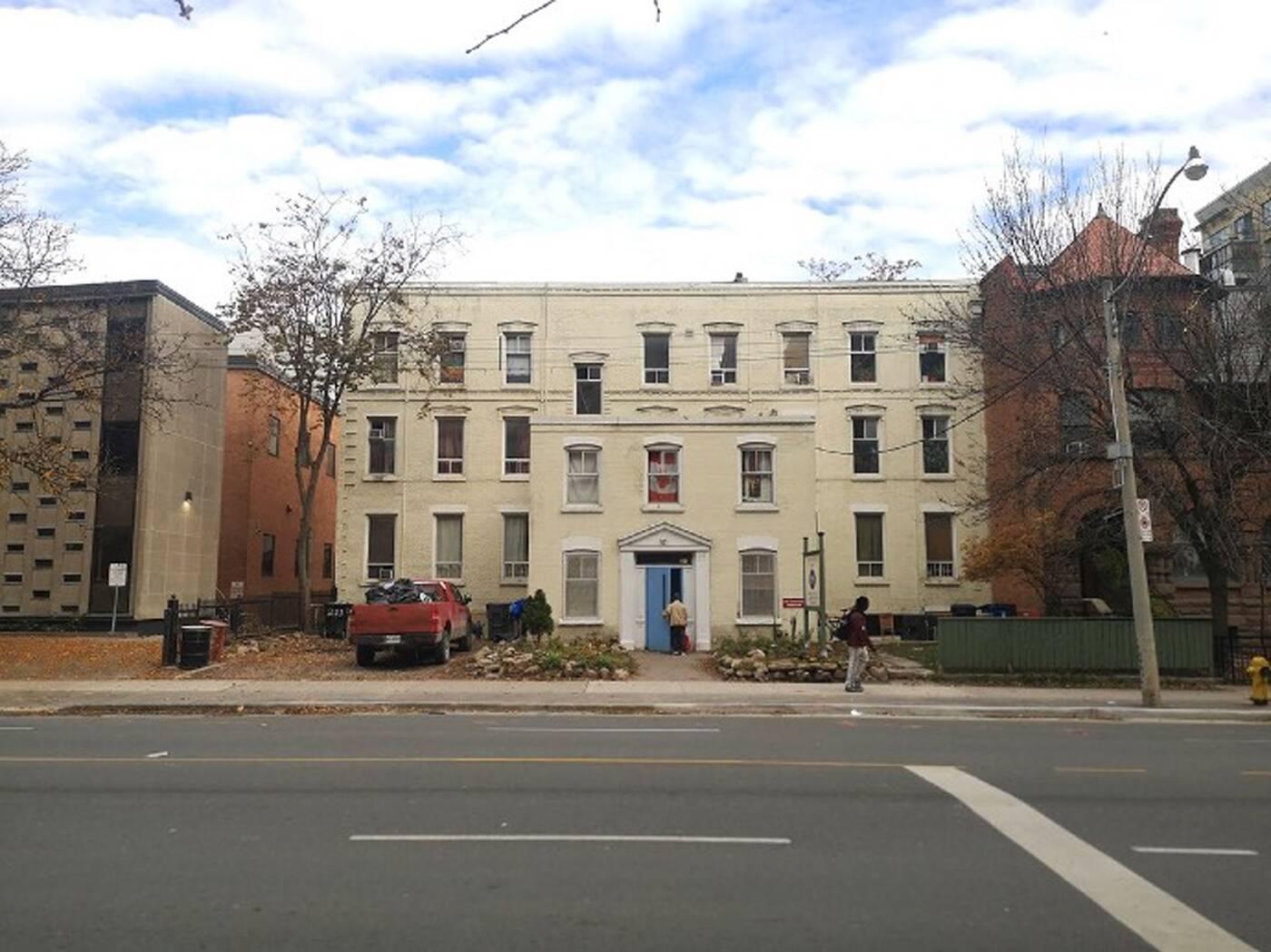 While the City of Toronto maintains a replacement policy for developments that displace rental units, the previous proposal's application appealed the City's Official Plan Amendment (OPA) 453 – Policies to Address the Loss of Dwelling Rooms in an attempt to skirt the rule.

Though plans are now being pursued by a different developer, the current applicant is maintaining the appeal to exclude rental replacements from their project.

For everyone out there arguing on behalf of Doug Ford declaring open season for developers will fix the housing crisis, this project offers a counterargument by not only displacing affordable rentals, but going out of its way to avoid building replacement units for what they plan to tear down.

Locals may be perturbed about the rental replacement situation, but the parking component of just 12 spaces is unlikely to trigger any additional blowback, with the tower instead to be served primarily by 697 bicycle parking spaces.