This $2.1 million Toronto mansion is spooky as hell

A sprawling detached home in downtown Toronto just hit the market for less than one might expect given its size, location and history — but a lot of would-be buyers might be put off by the property before they even step in its front door. 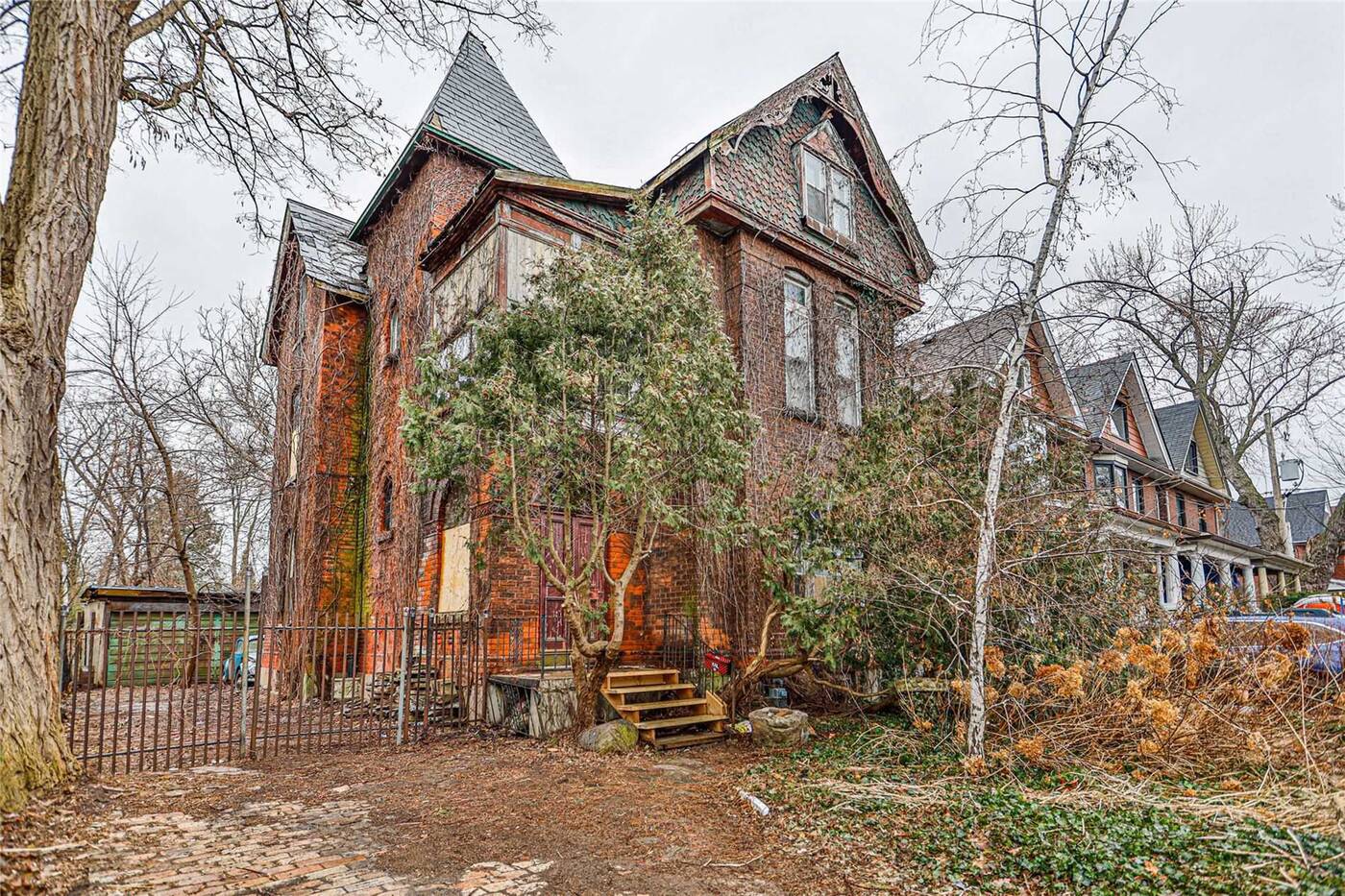 The home appears ominous from the get-go, and it's hard to shake that first impression.

The six-bedroom, three-bathroom home at 81 St. John's Road is an absolute gem for those who can see its potential, but for those that can't, it looks like a scene of horrors beyond our comprehension for a sky-high price tag.

After traversing the unkept grounds — complete with a rusted-out vintage Volkswagen Bug — one enters through large, weathered doors into the perfect house for spooky season (or for a contractor or developer looking for their next big project). 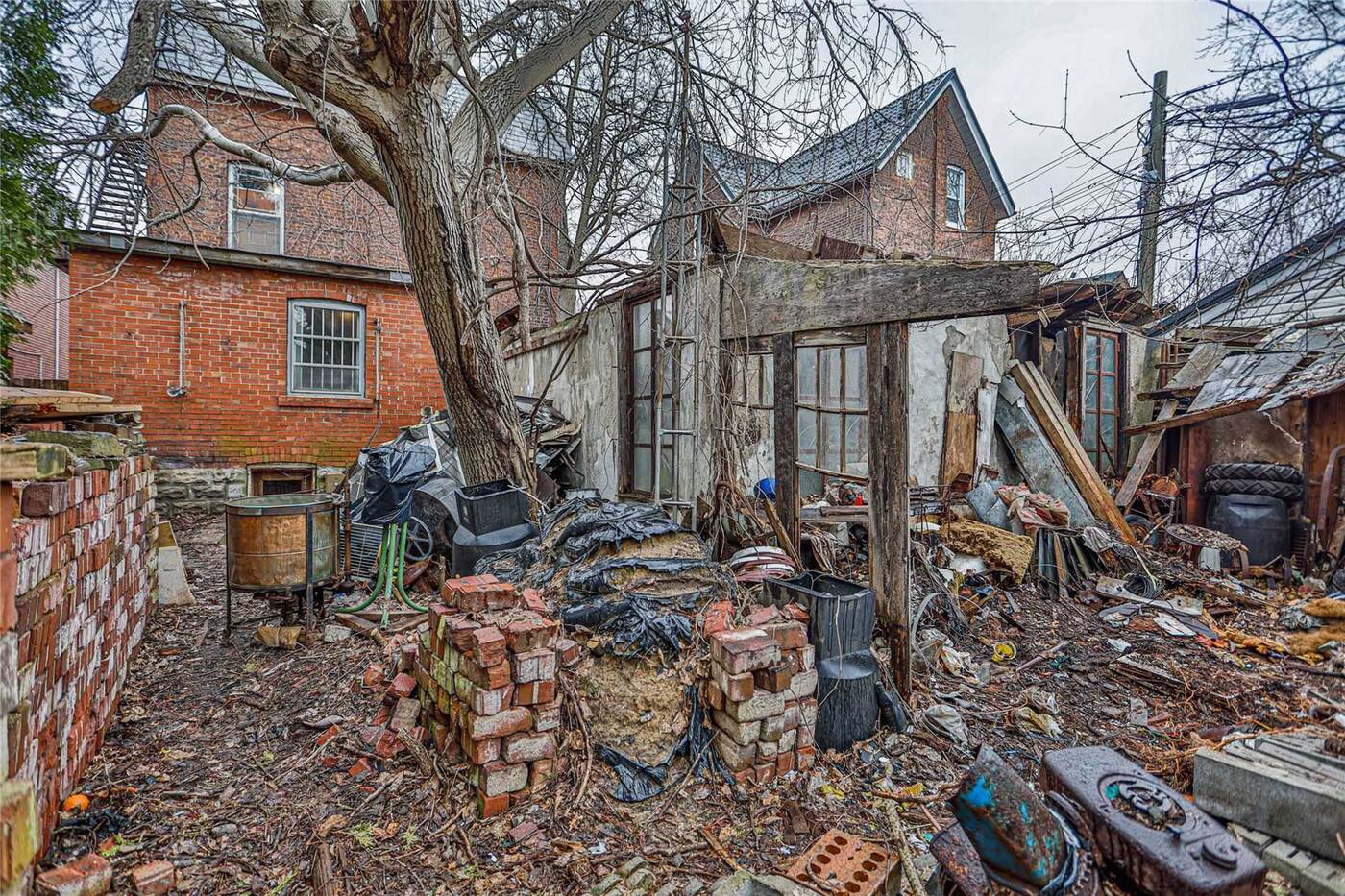 The yard is full of junk and needs just as much work as the home itself.

While some parts of the $2.165 million home are intact and appear to be relatively recently lived-in spaces, others are completely gutted and falling apart.

Seeing as floors and walls are stripped down to their barest in some rooms and covered in layers of grime or creepy old wallpaper in others, it's definitely a huge mess to tackle, but one that would be more than worthwhile in the end. 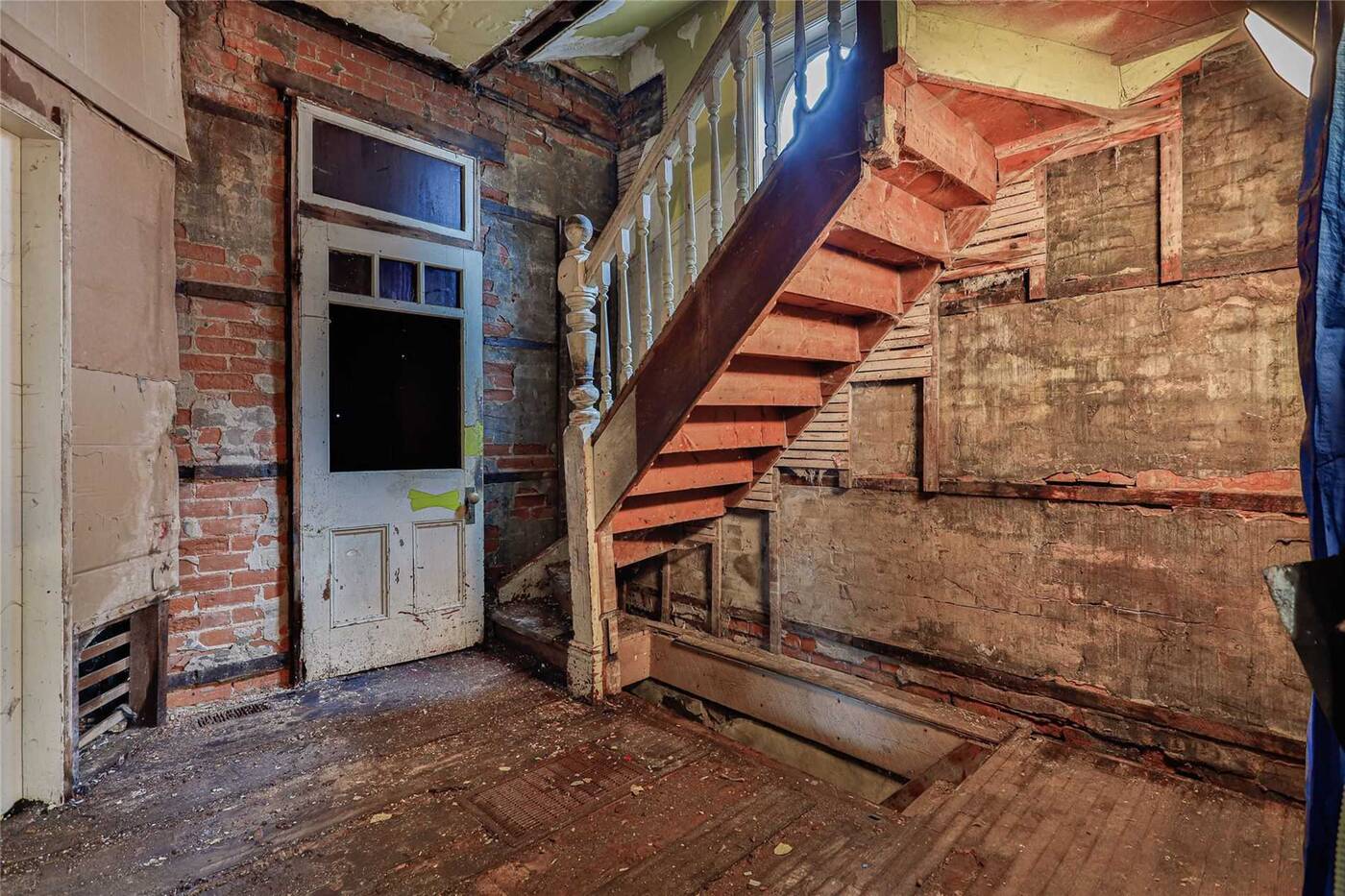 The house is stripped to its barest bones in some parts, and hopefully doesn't need any major structural work, though that is not confirmed.

The listing advertises the earning potential for the 2,516 square-foot structure, which realtors suggest converting to a triplex to rent out, and even note the option to add a garden suite on the property.

"Transform this property to that 'forever home' you've been looking for or add an income producing property to your portfolio," the description reads, looking to hook a certain type of buyer with deep pockets to invest in the renovation of the home.

"It's an opportunity that can't be missed." 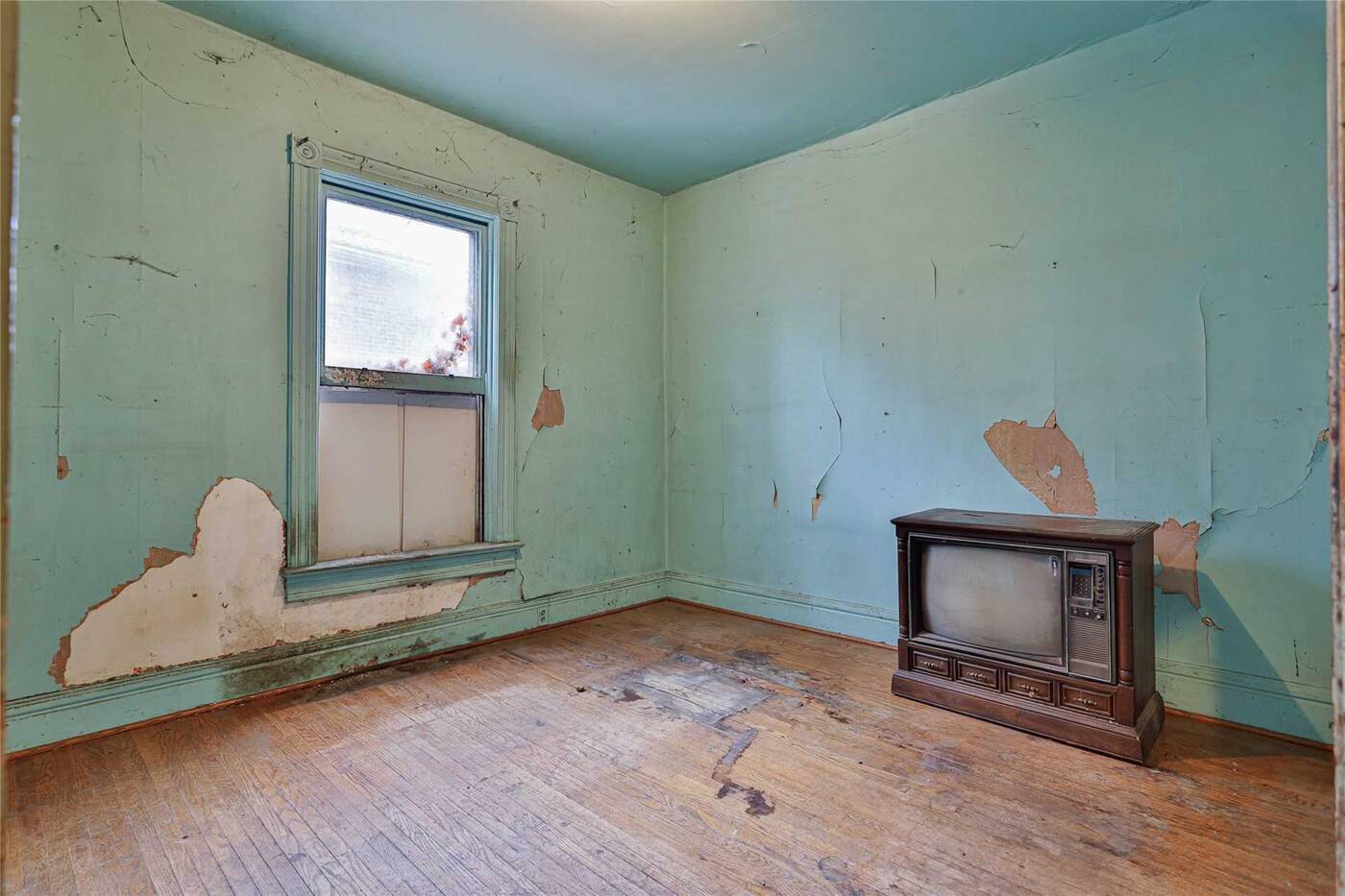 The retro TV in this bedroom really adds to the creepiness.

For those that can get past the strong, murdery vibes, it certainly could be a worthy investment, as it's got tons of space and is located in a coveted location near Dundas West and Runnymede, the Stockyards shopping district, High Park, and every amenity you could want from downtown, but on a quieter residential street. 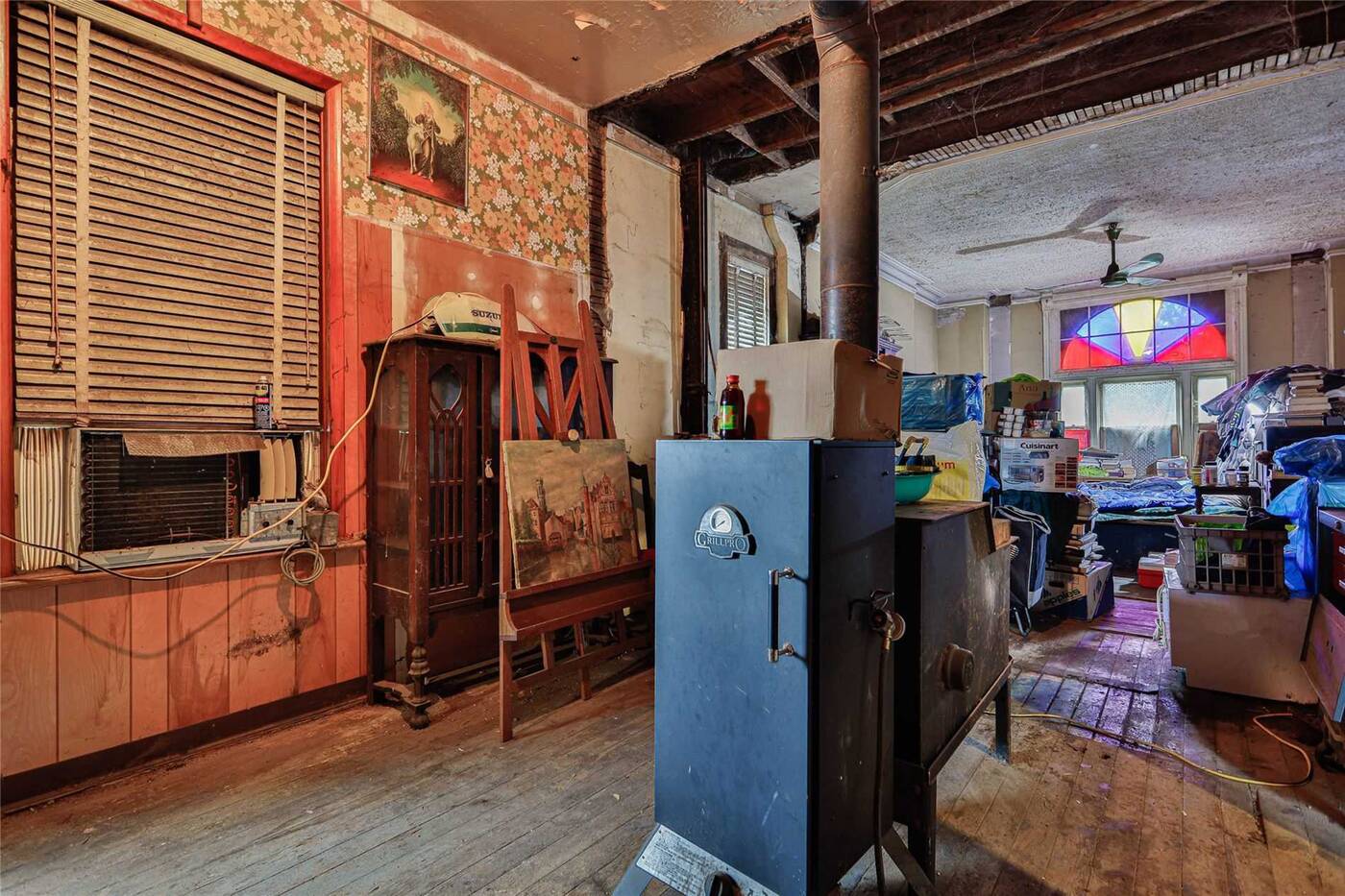 Some spaces have been recently lived in, and those are the most finished ones of the house.

It's also just a beautiful old house with a story, and hopefully whoever ends up splurging on it can preserve some of that story instead of completely redoing every corner of the place or knocking it down.