There's something a bit mysterious and captivating about the buildings along Queen Street.

While many of us know what the ground level of these buildings look like, especially if you're a Sweetie Pie fan, not many Torontonians can say they know what the rest of the building looks like.

Or maybe you're like us and just curious about what the commercial store frontage is actually worth for a place right on Queen St. West.

Either way, the recent listing of 654 Queen St. W satisfies both of these curiosities. 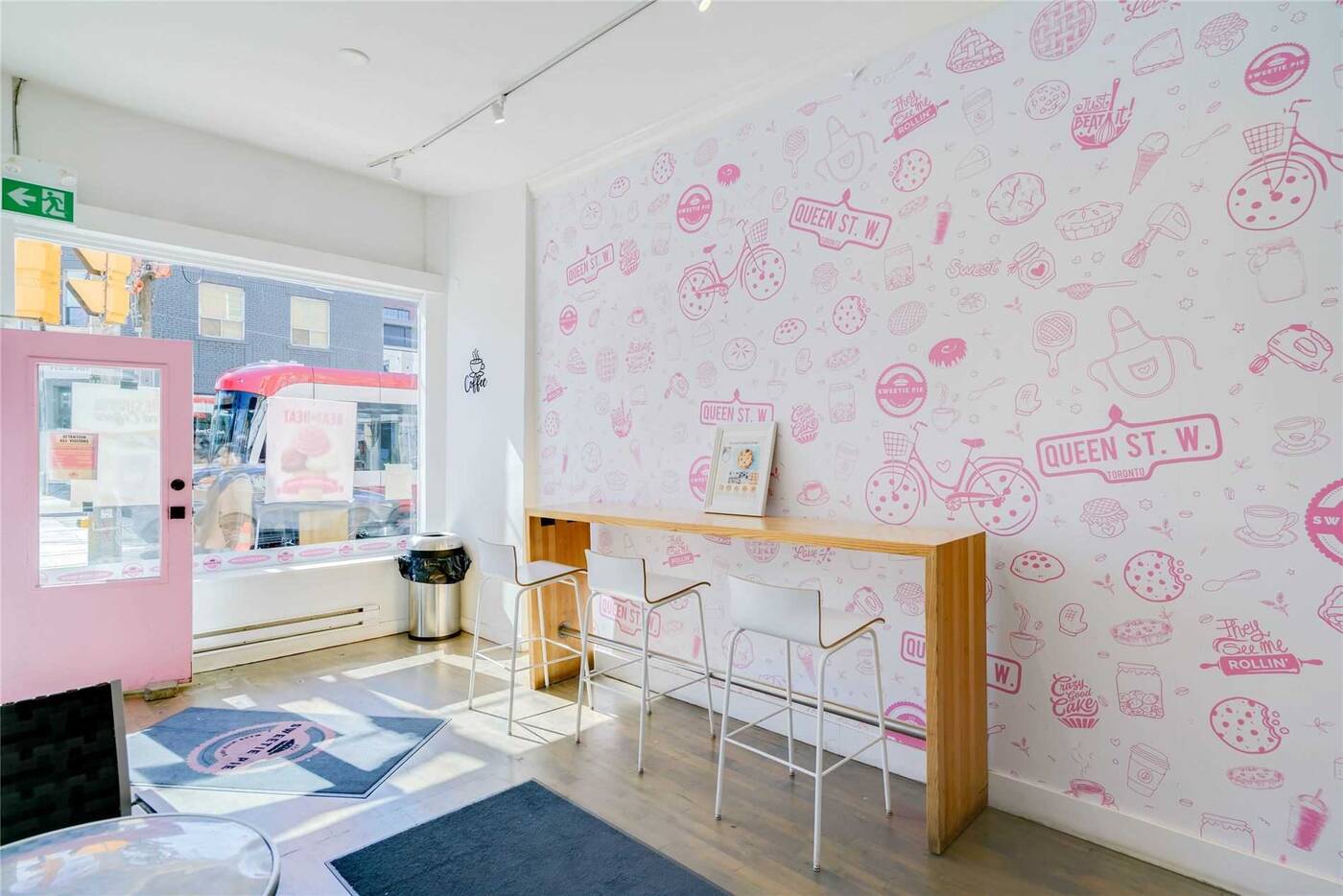 Inside the Sweet Pie retail space. 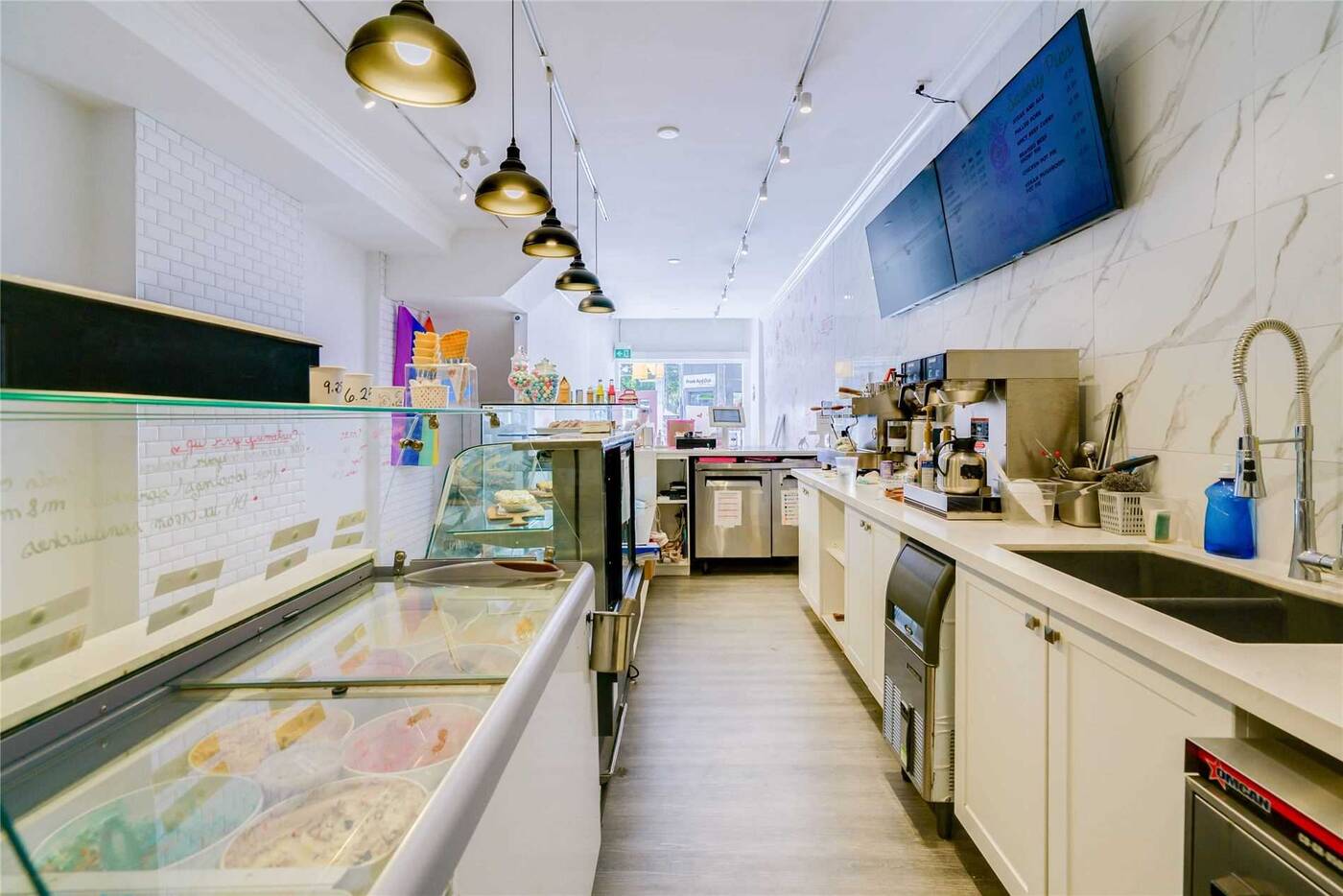 On the main floor, you have the retail space, which is currently being leased to Sweetie Pie's bakery, one of blogTO's best pie makers. 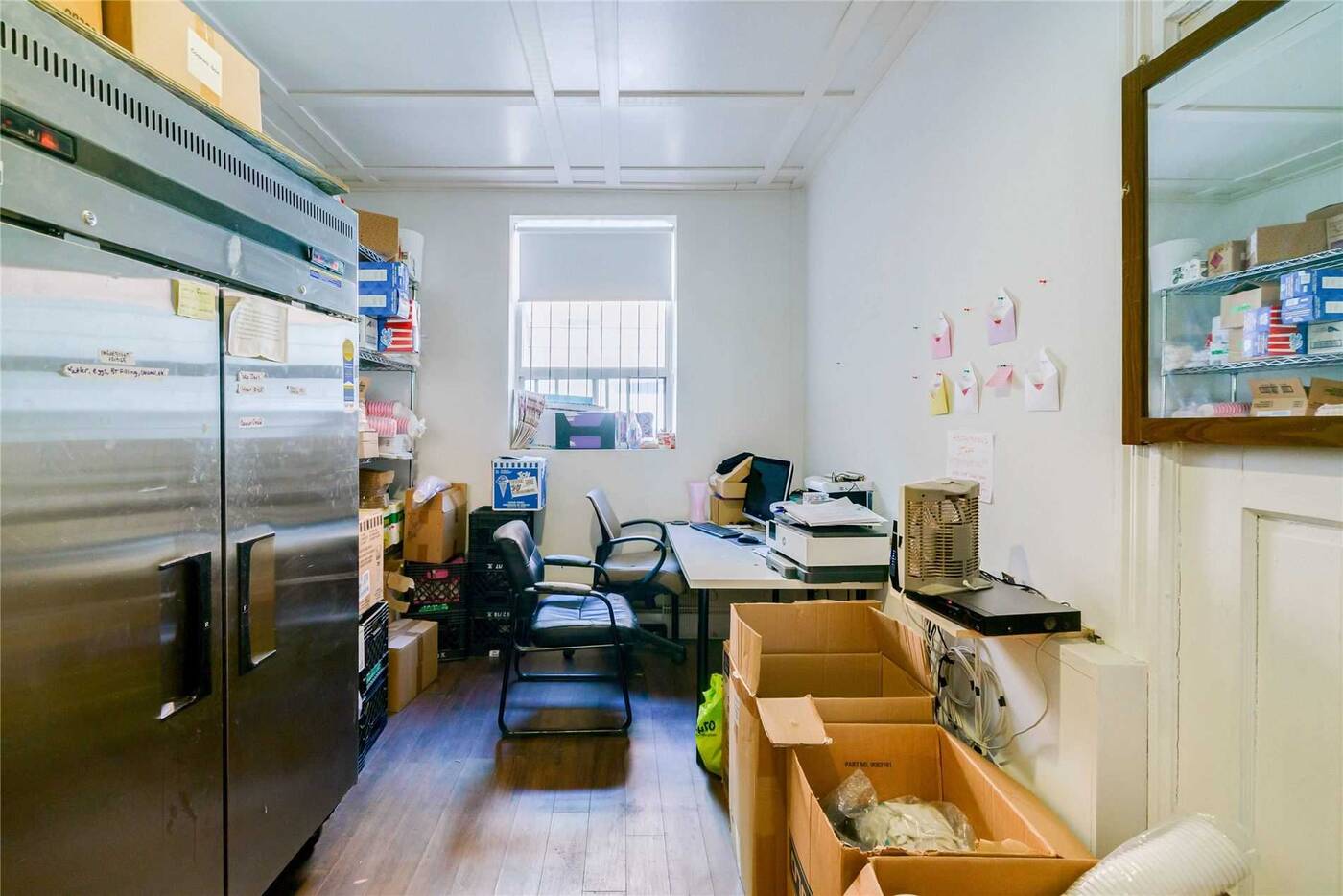 This lease also has the option for an extension, according to the listing. 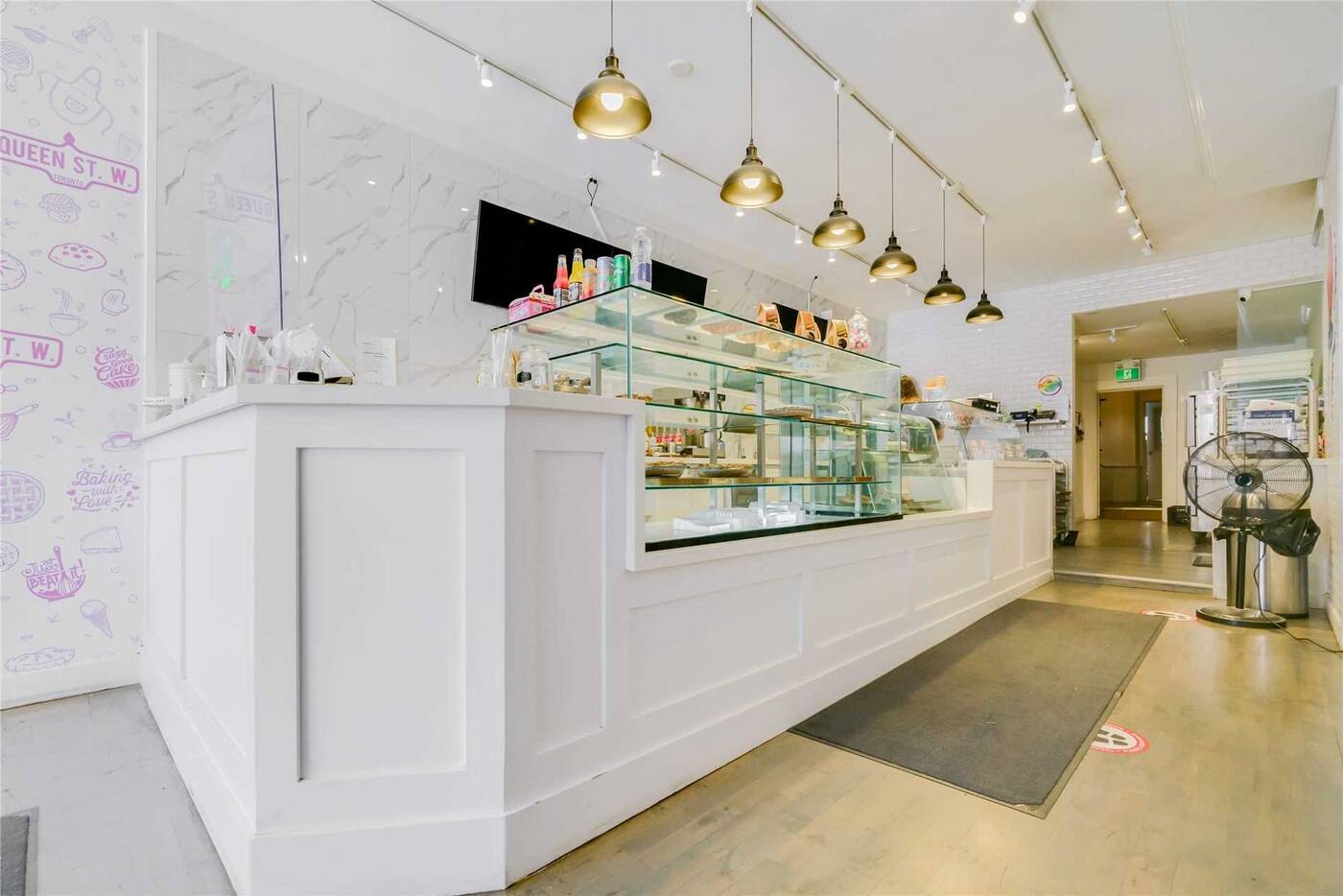 The space is bright and airy with soaring ceilings, but you'd know that if you've ever been inside. 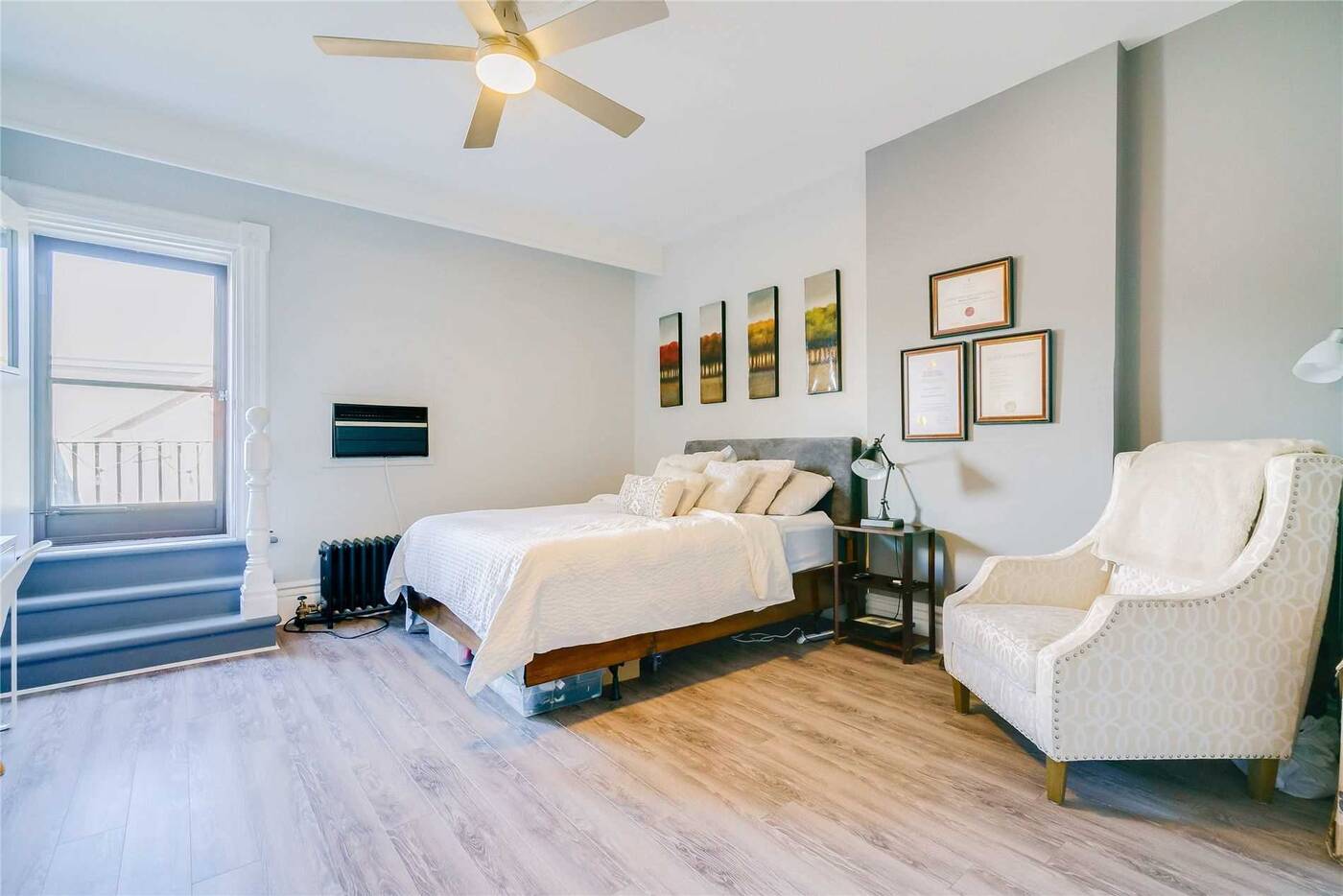 One of the bedrooms in the two-bedroom apartment with a walk-out to the balcony. 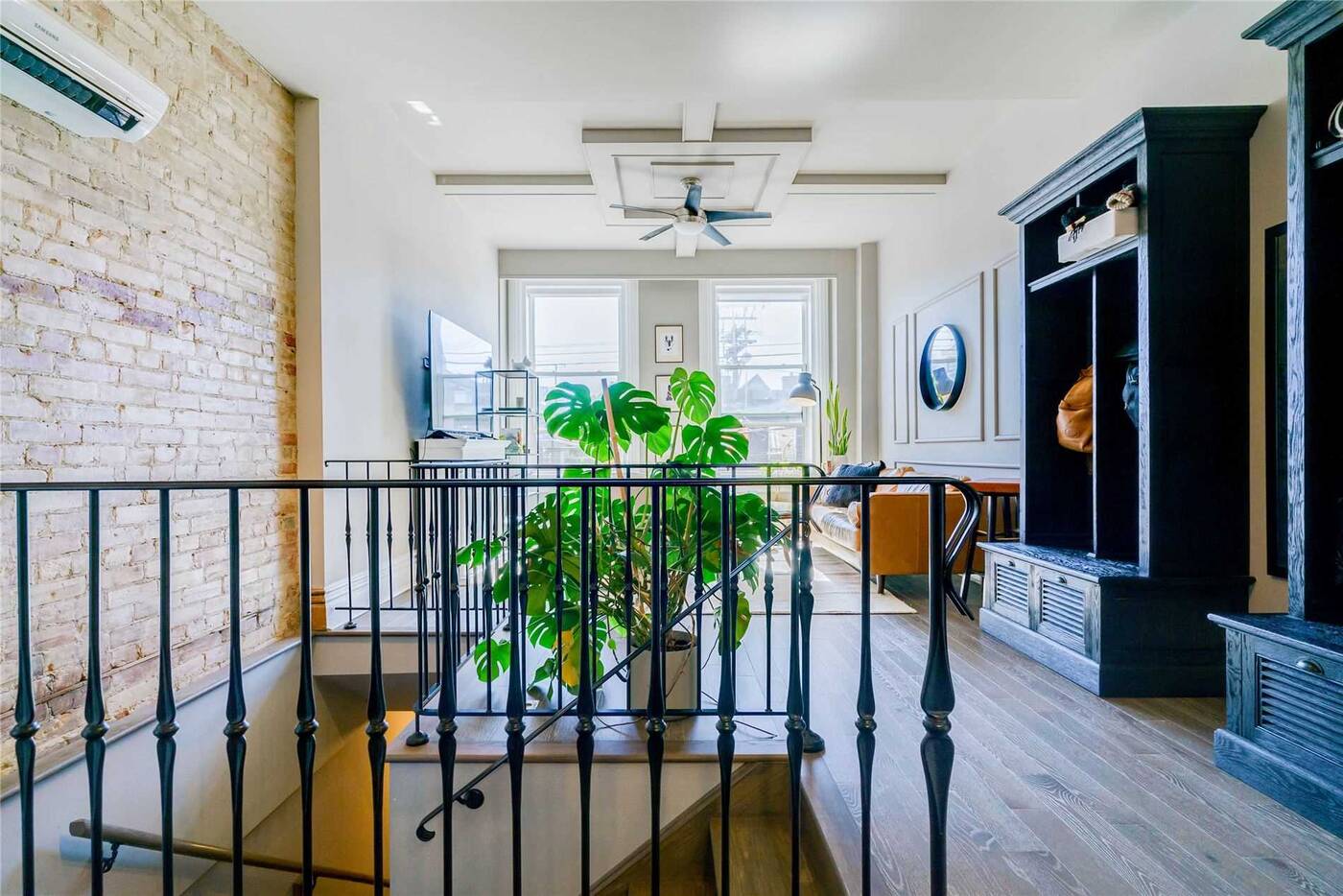 The main floor of the two-bedroom apartment.

On the second level of the house is the living room and kitchen of a two-bedroom, two-storey, pied-a-terre. 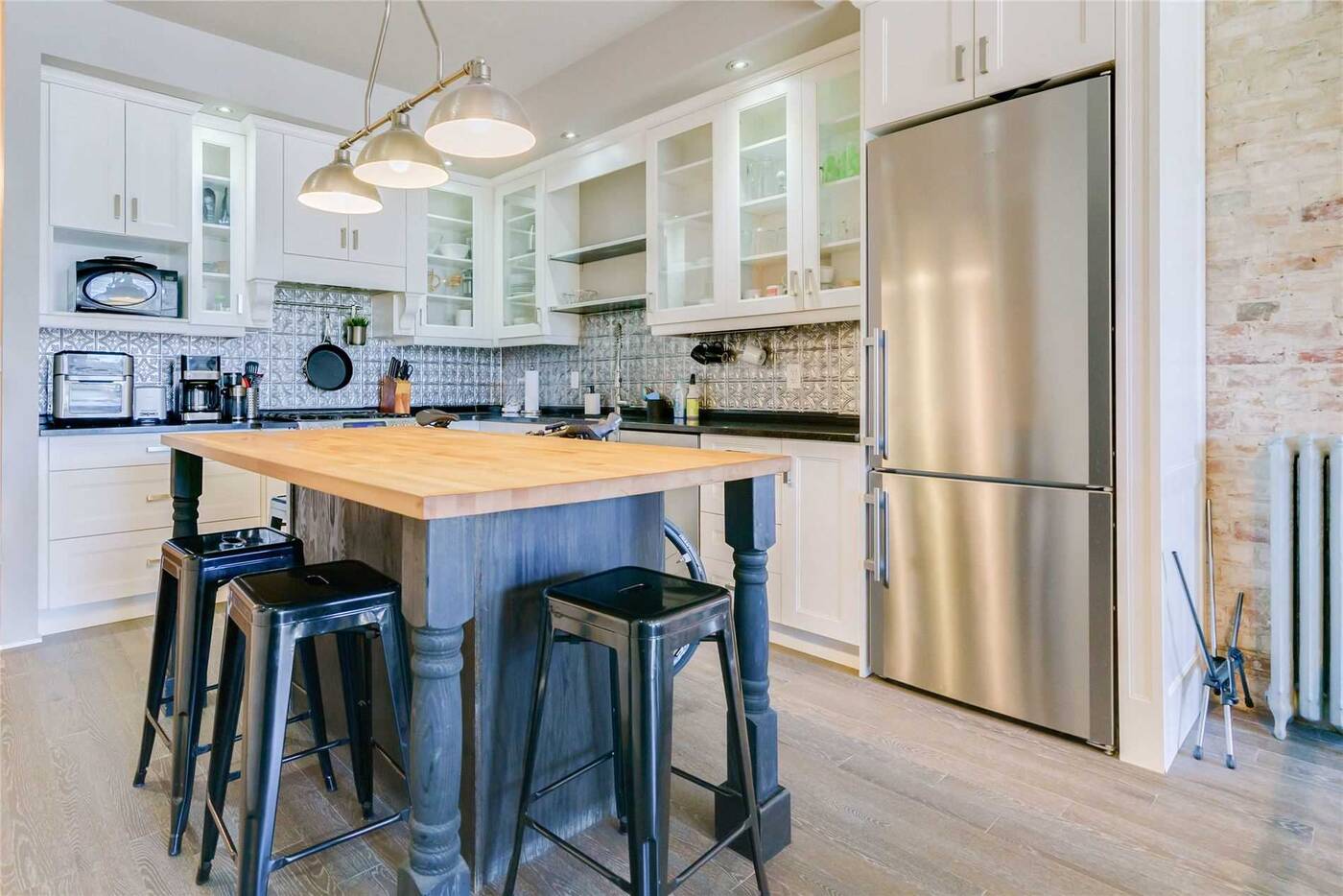 The kitchen in the two-bedroom apartment with stainless steel appliances.

It was originally designed for a mother who wanted a spot to stay while visiting her daughter in Toronto. 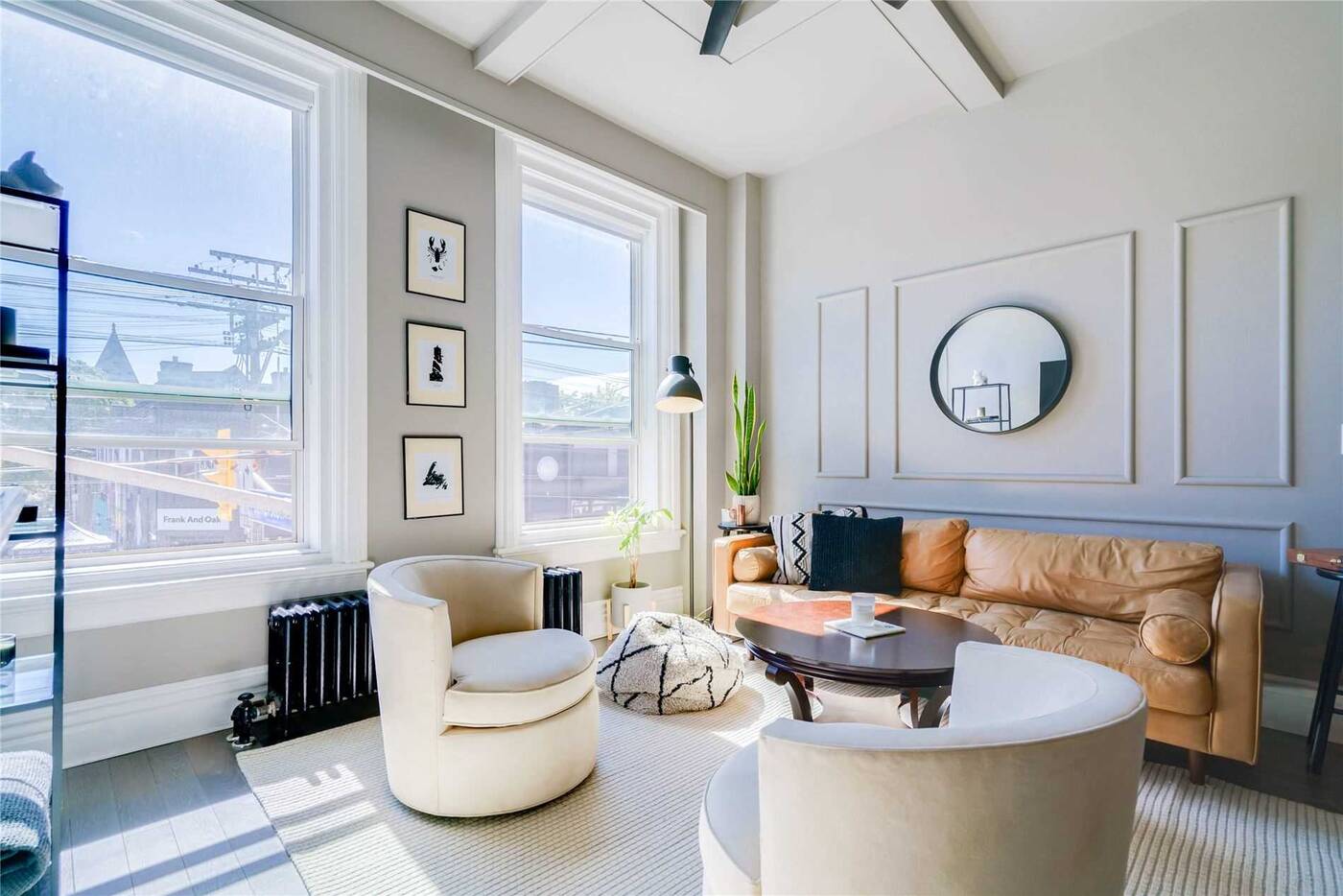 But it has since become a lovely rental apartment. 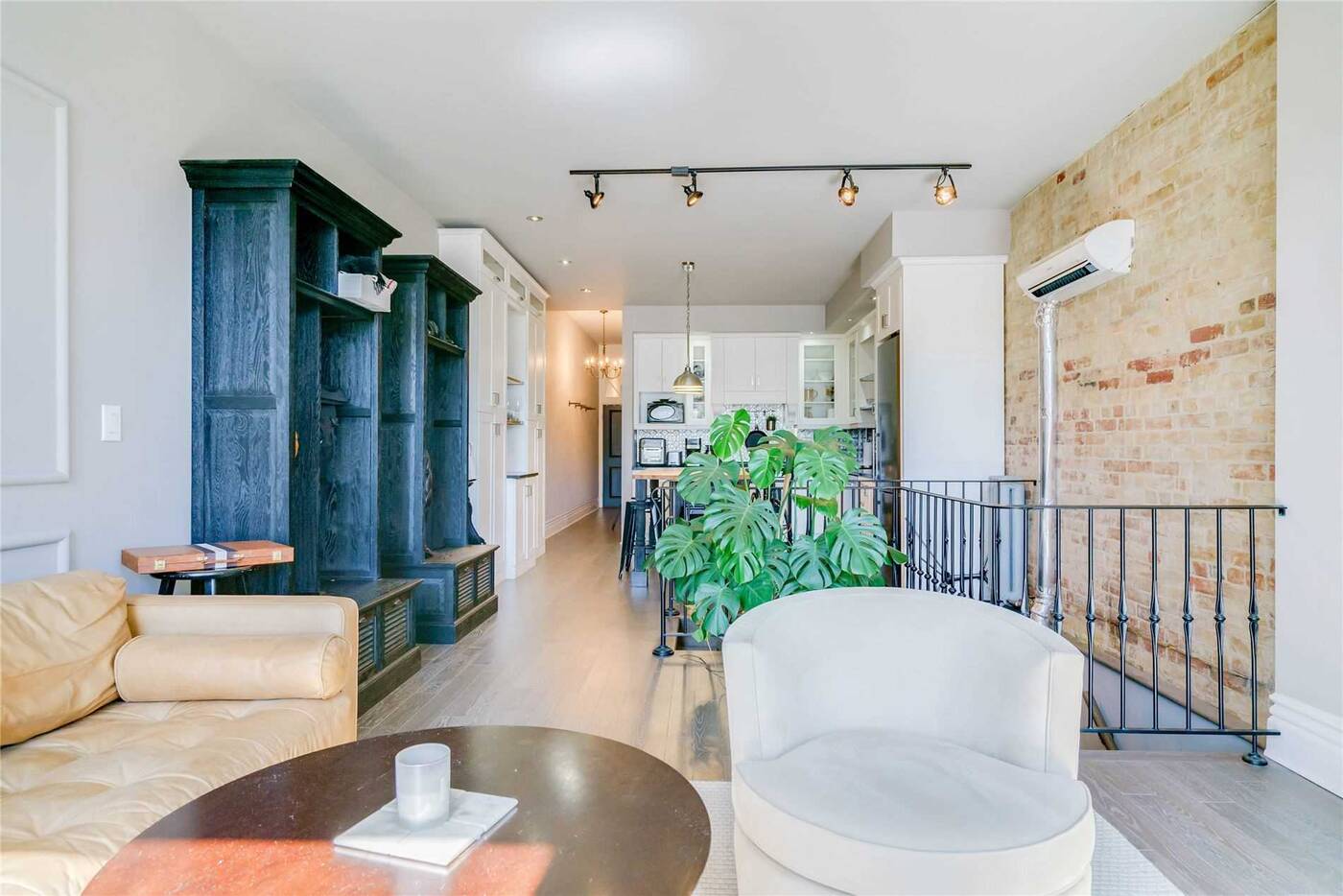 It's spacious, bright and recently renovated. 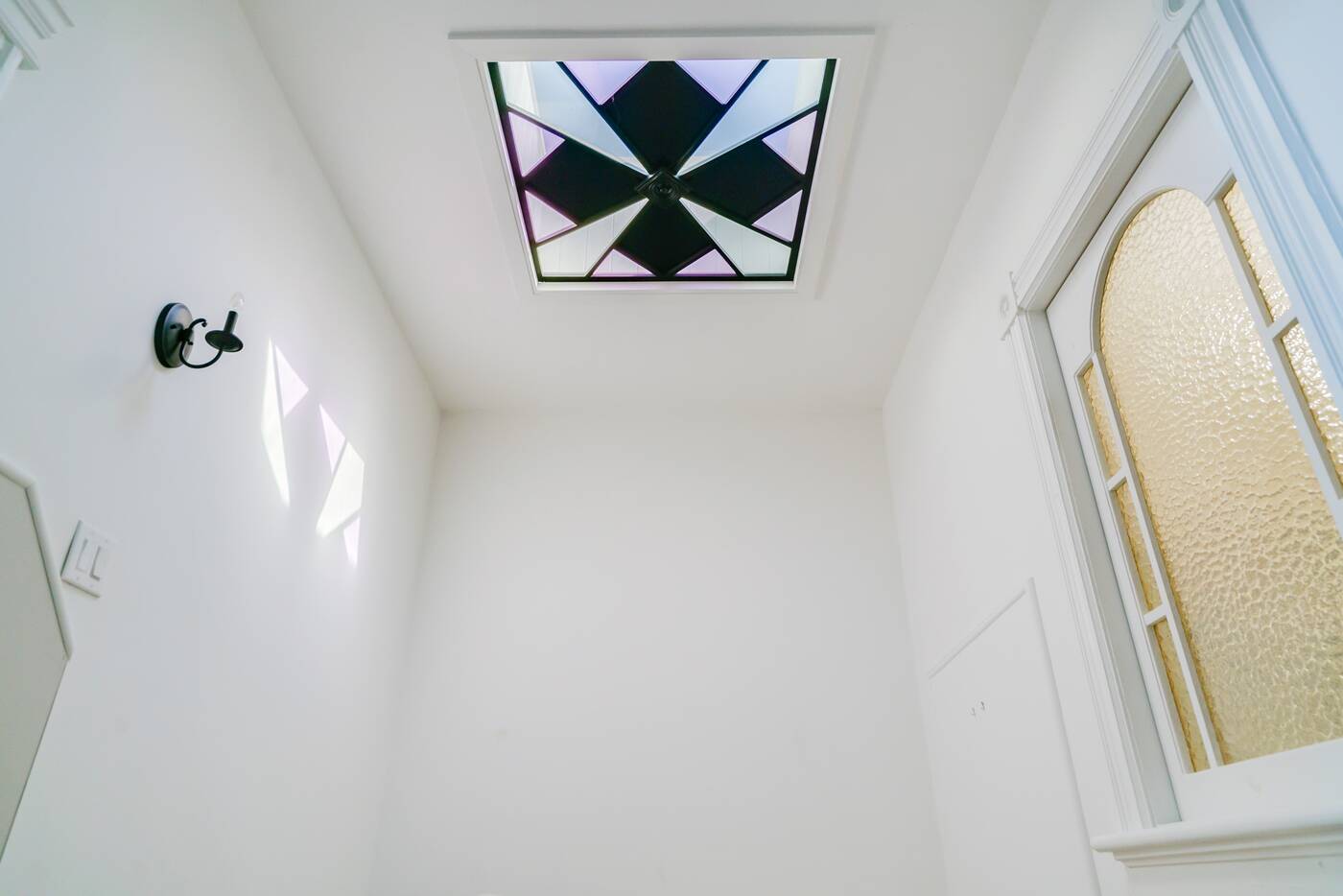 Stained glass windows in the stairwell. 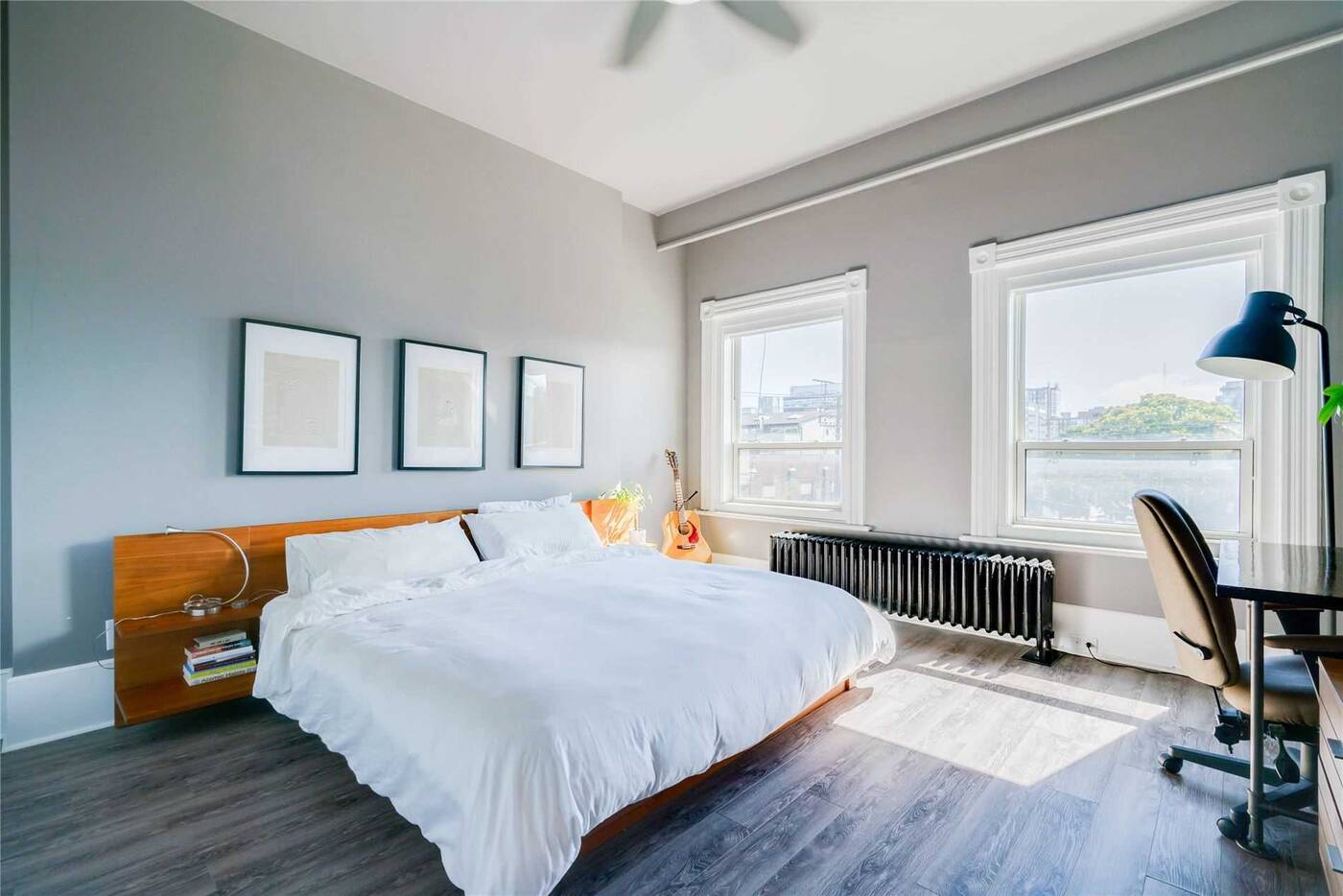 The primary bedroom in the two-bedroom apartment.

On the third level are the bedrooms for the two-bedroom apartment as well as a four-piece bathroom and a patio. 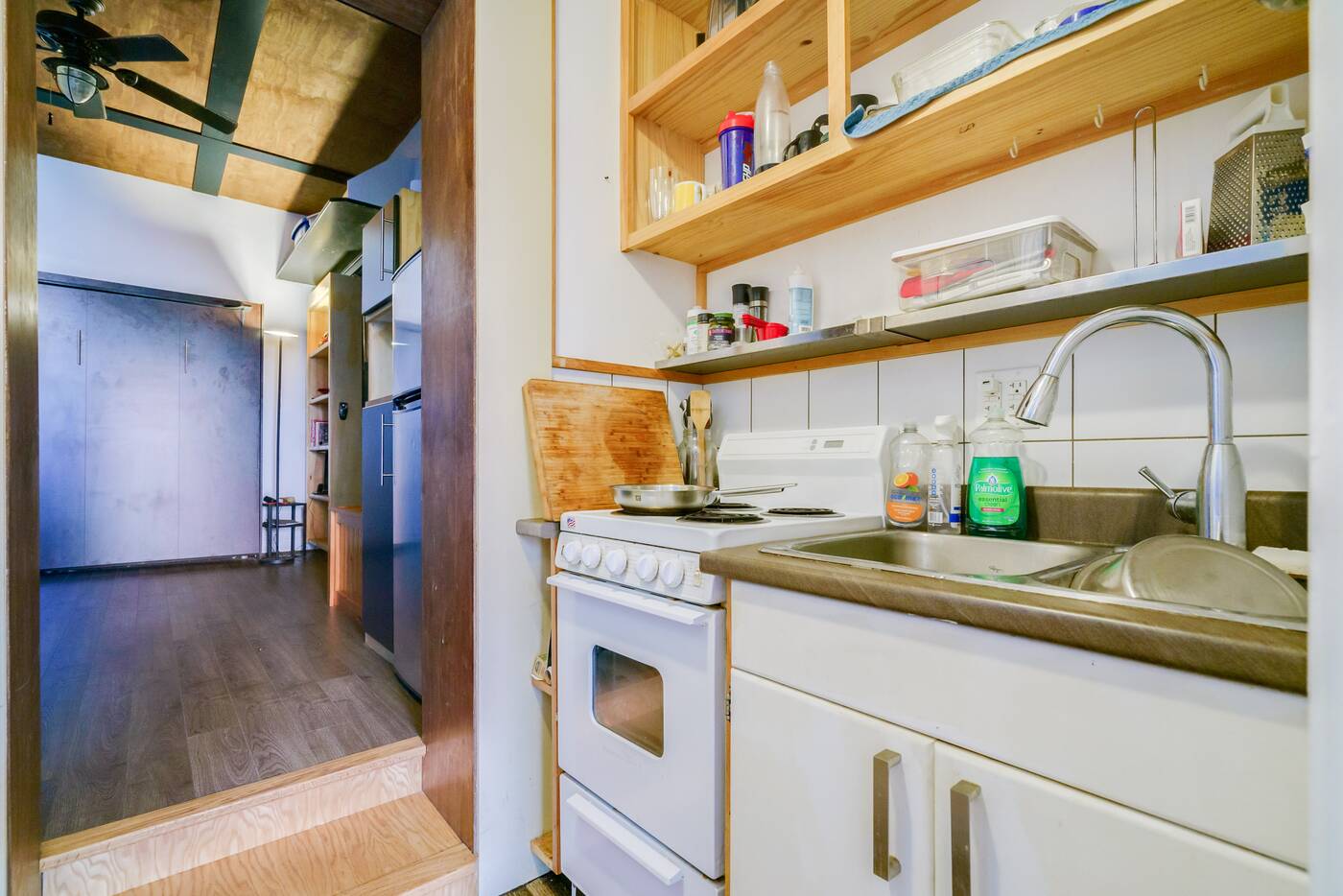 The rear half of the second floor also has a studio apartment with a small kitchen, three-piece bathroom and a large deck. 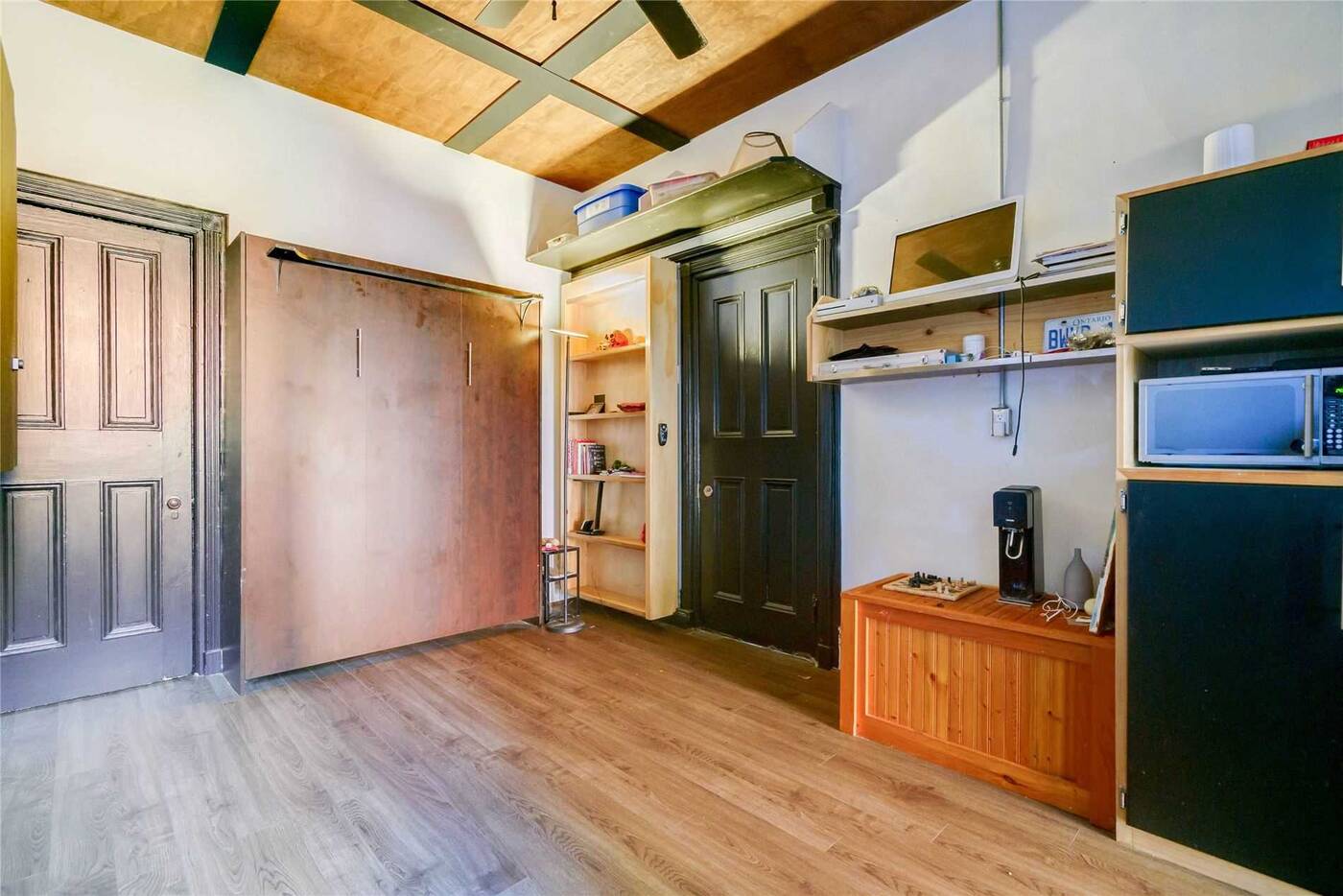 The studio apartment with a murphy bed.

Both the apartments are tenanted. The two-bedroom apartment is on a month-to-month tenancy, while the studio is on a year contract. 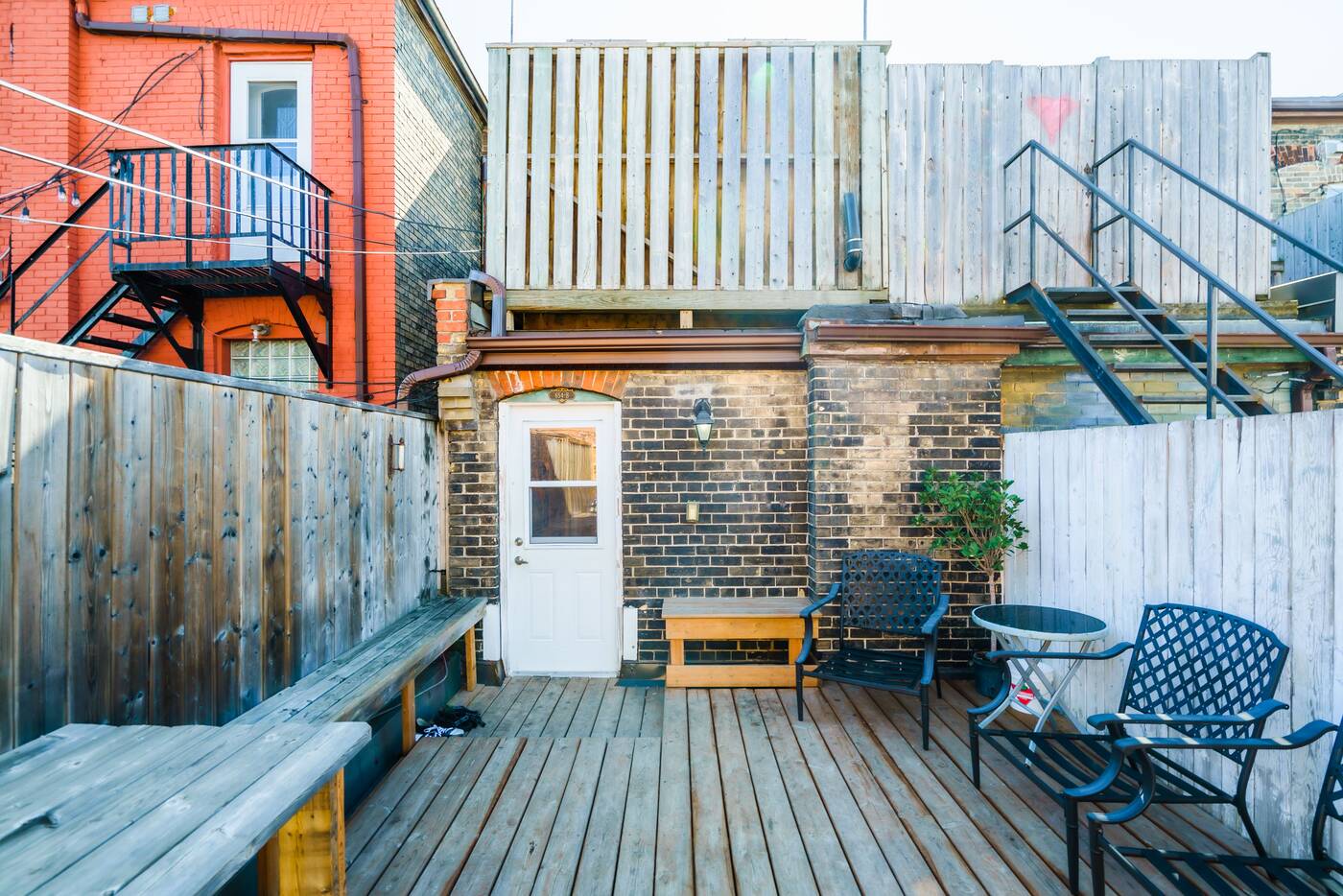 The back deck off the studio apartment.

This is great if you're looking to invest in a building and make some rental income, but if you'd like to live in one of the units you'll have to kick somone out. 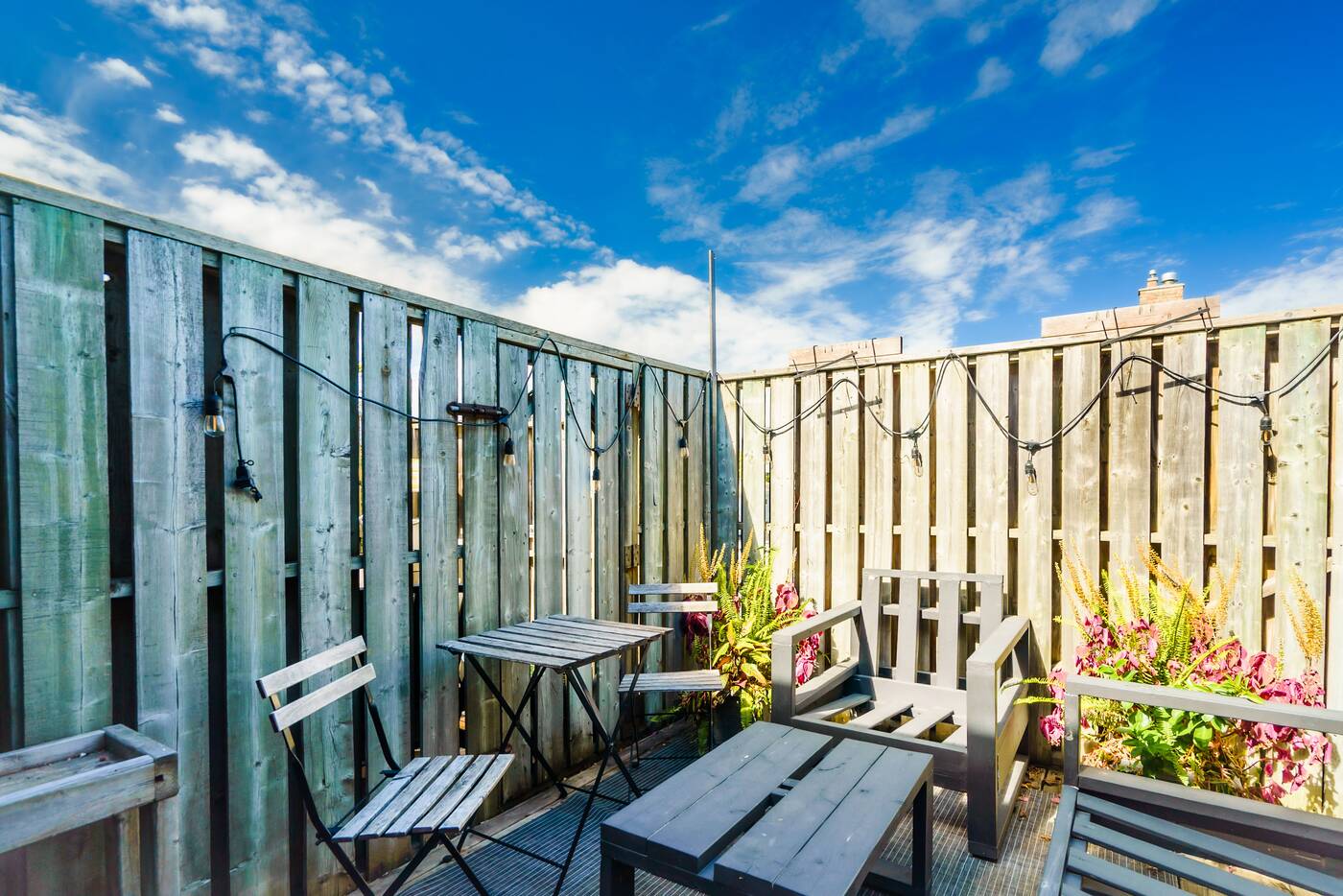 Another major downside to this place is there is ZERO parking, which right now is only a problem for the tenants but could be an issue if you moved in. 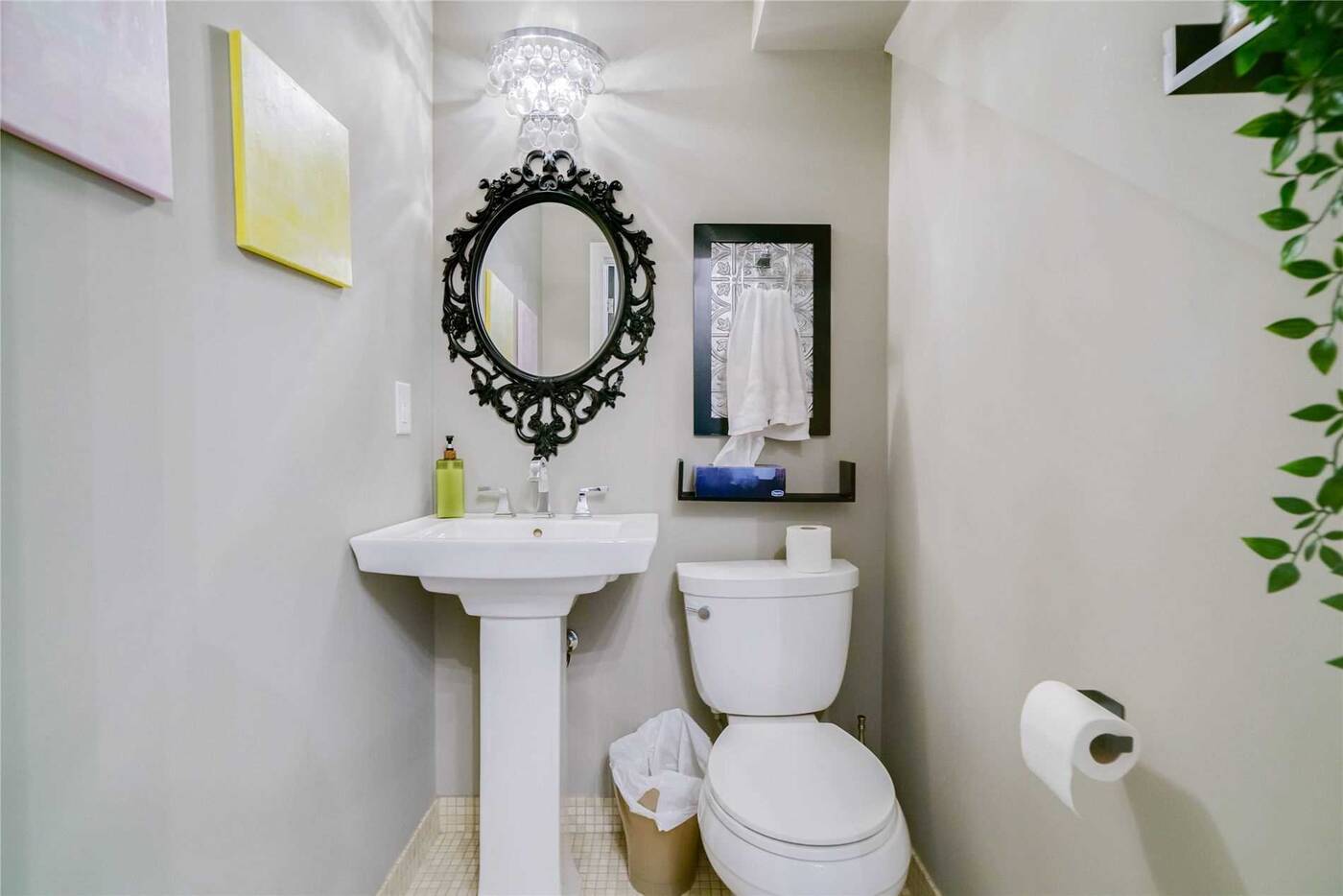 The powder room in the two-bedroom apartment.

Parking or no parking, this building is in a primo location and has three sources of revenue. 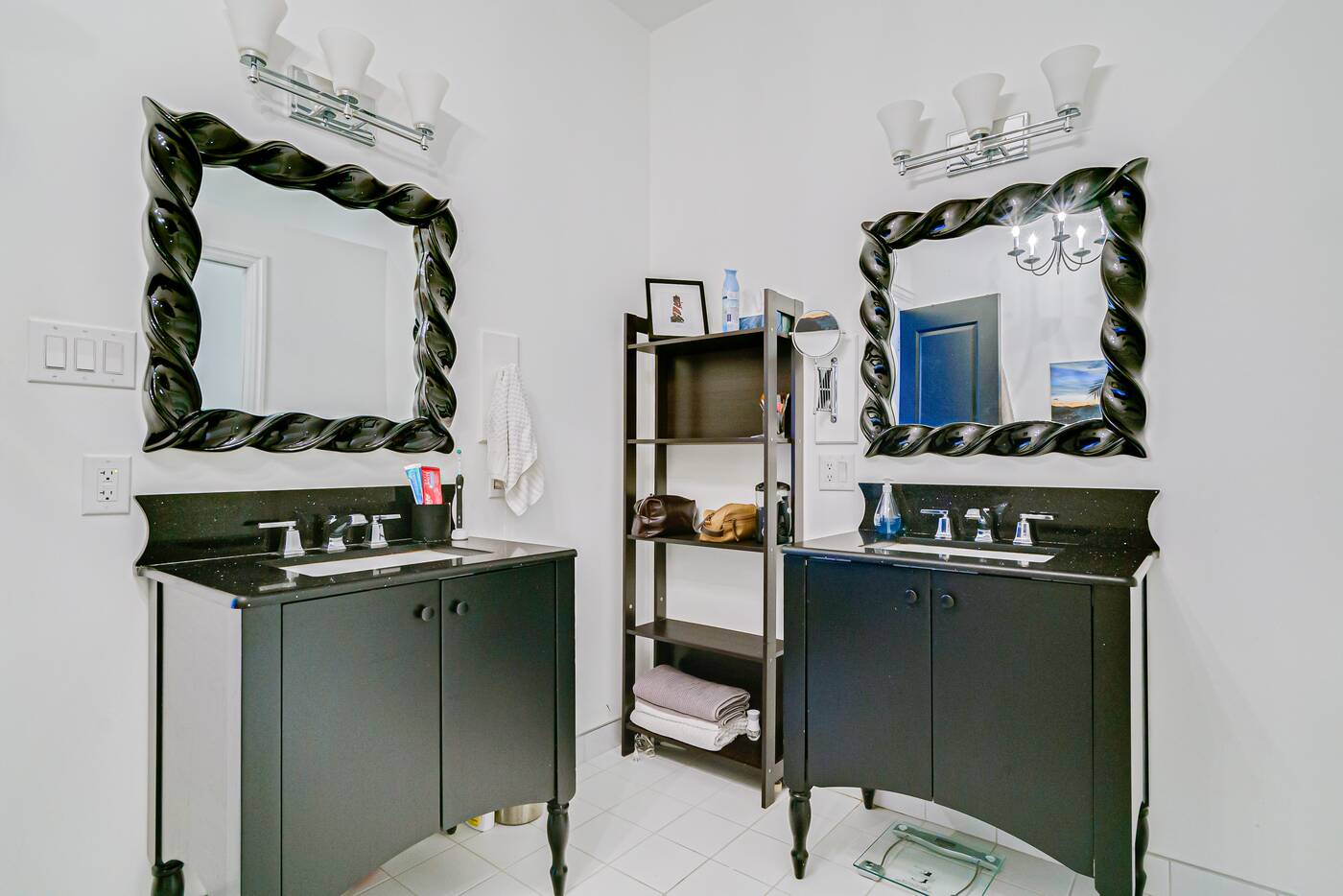 The main bathroom in the two-bedroom apartment.

The listing also hints that the rental income is sweet as pie, stating that it has an "excellent cap rate with annual rent escalation." 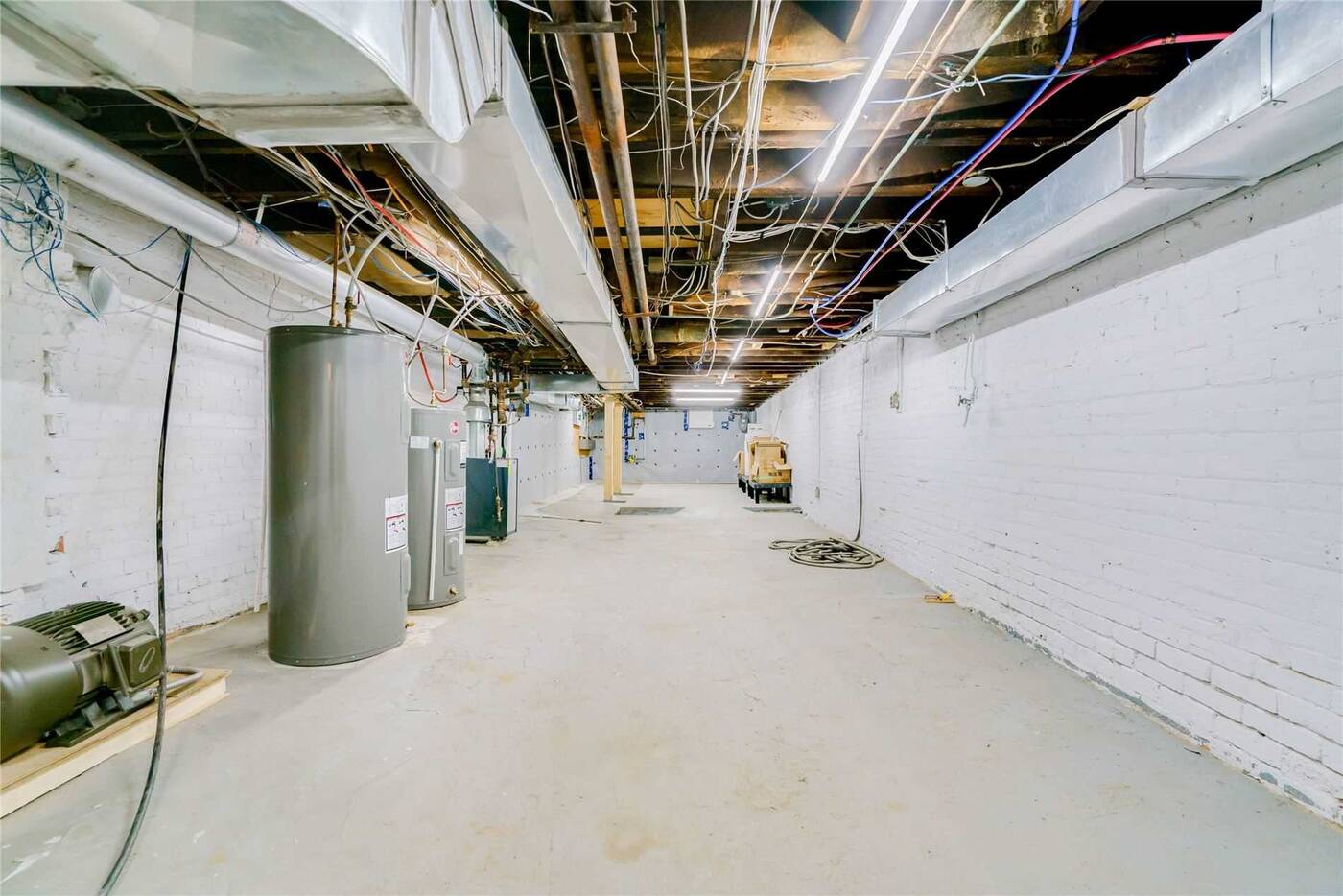 This building also has a basement with eight-foot ceilings for extra space and a backyard. 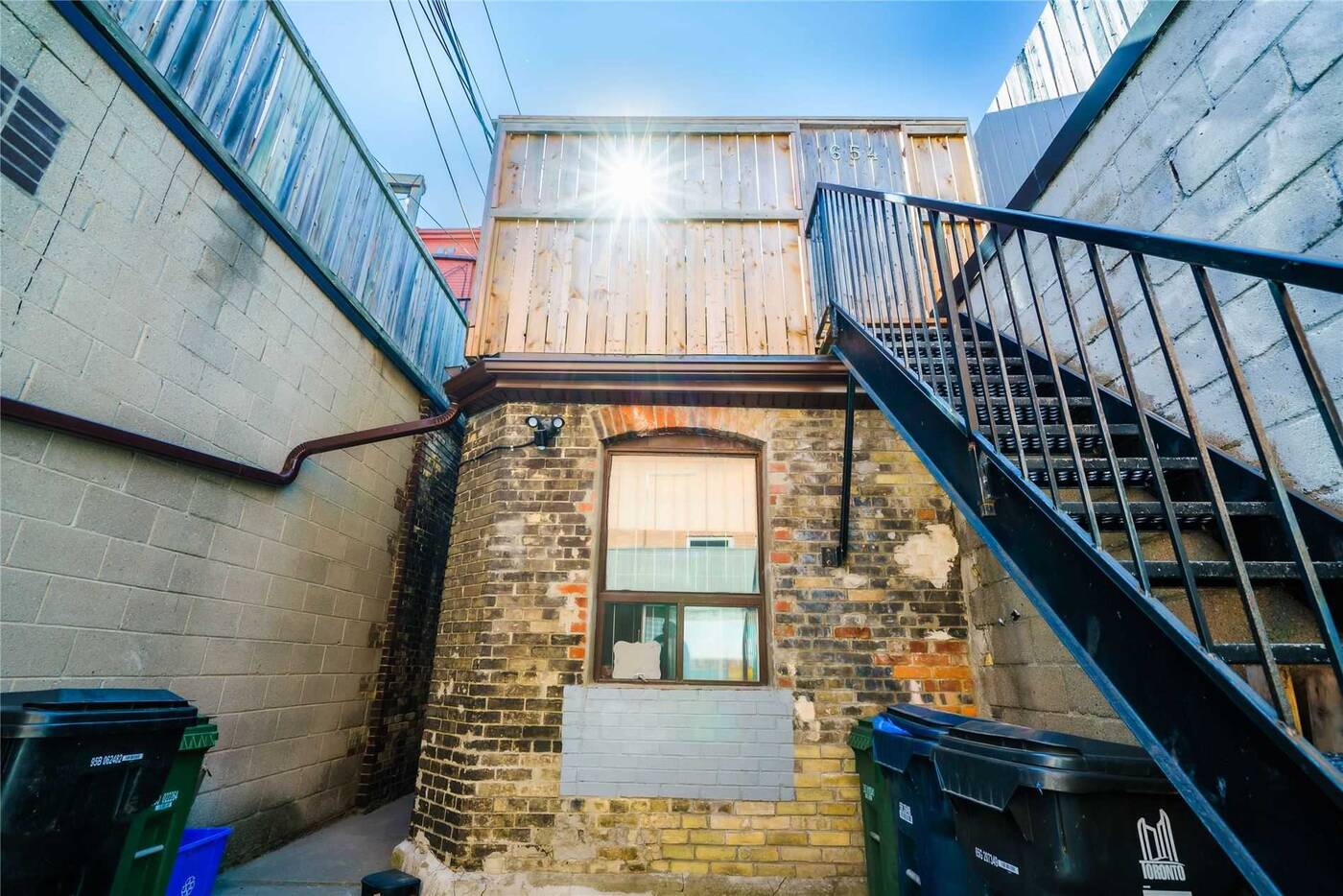 The backyard and back of the building.

And with the possibility of free pie every now and again what more could you want in an investment property?