While people in Toronto are usually happy to bemoan the never-ending construction of new condo towers all over the city — often on the grounds of beloved institutions or historic buildings — there is one new proposal that has residents angry for an entirely different reason than usual. 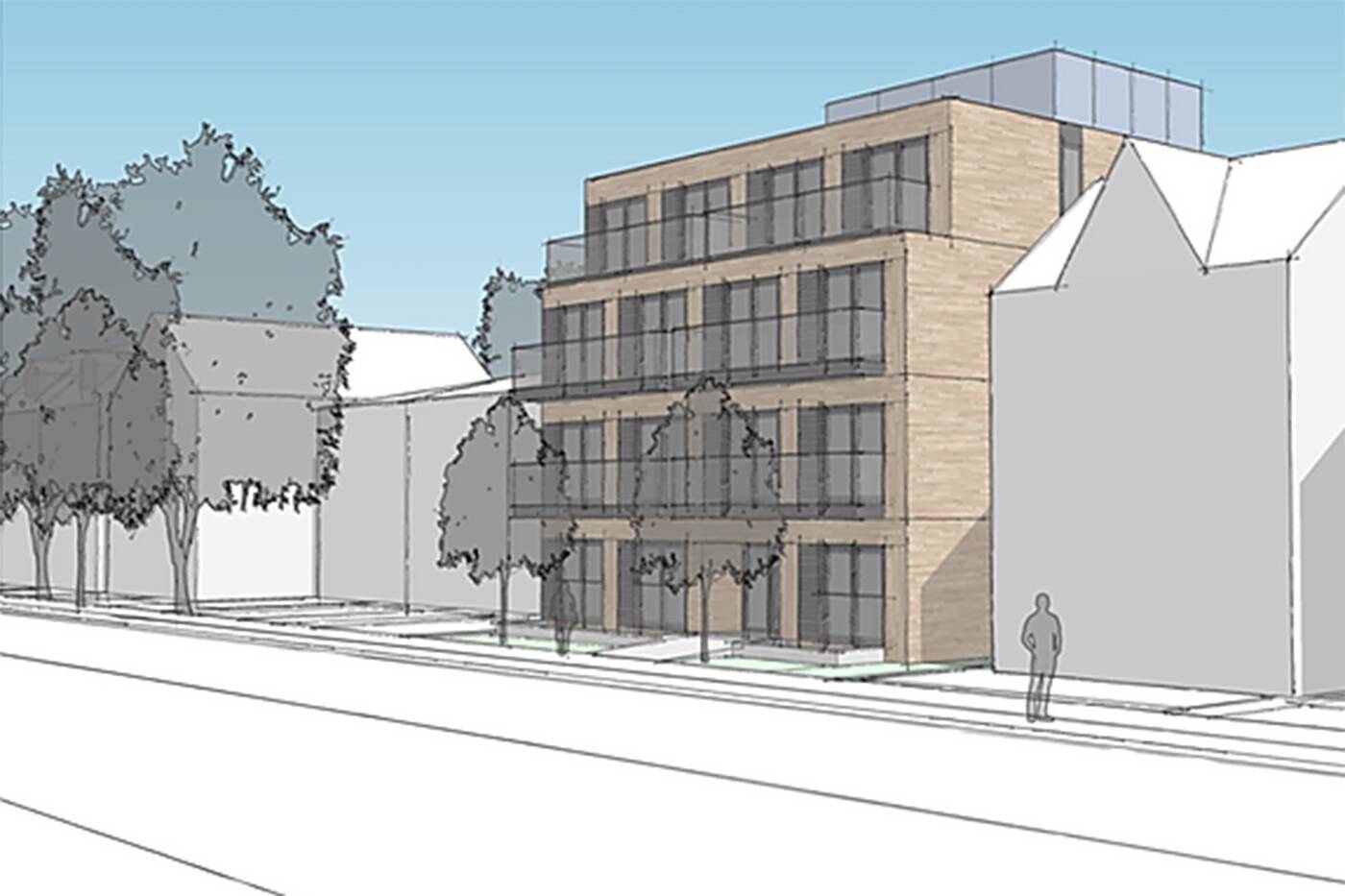 An early rendering of what the building could look like, from GreenStreet Flats.

It is true that a proposal for a four-storey residential building at 693-695 Ossington, at Bloor, has gotten its fair share of backlash from locals who would prefer it doesn't come to fruition, due to the fact that it will "tower over the existing two and three storey dwellings in the neighbourhood."

But, even more prevalent is the backlash to that backlash, with many residents saying that the building is too small, if anything, given the city's dire need for more housing — especially affordable housing, dedicated rental housing and housing that fills the void of the "missing middle" between single-family homes and highrises.

Toronto: Proposal for a four-storey apartment building, 100m from a subway entrance on an arterial road, and the neighbours are furious. “Tower,” “neighbourhood character,” etc. 50 years of NIMBY local politics need to be undone. pic.twitter.com/yNyAhjQnmj

No less than a dozen residents have submitted letters of objection to the project (per a tweet from writer and traffic planner Daniel Reynolds) with worries that the low-rise would block out sunlight, impact backyard privacy and contribute to increased density that some feel the neighbourhood cannot handle.

"If approved, this may promote further such developments," one person added in their public missive.

Only 12 letters of objection to this very reasonable proposal. I'm sure that's fine. https://t.co/GIYucVsVa3

But on socials, Torontonians are calling such complaints instances of blatant NIMBYism, especially for such a bustling downtown location that is right near a TTC subway station (though the strip is currently only detached and semi-detached houses).

"The actual problem is that this building is not big enough. Toronto is approving highrises 20km from the core, walkable to nothing. While this neighbourhood on the doorstep of downtown may now get the gentlest of missing middle," architecture critic Alex Bozikovic noted on Twitter Friday while sharing excerpts from some of the objections.

"This neighborhood, and all the other ones like it along this subway, should be tripling their populations in the next 25 years."

And it seems based on the retweets and comments on the thread that others agree.

6 million more people are coming to Ontario in the next 20 years. Where will we put them? Or, are we going to pass altogether and invite them all to move into a farmer's field on the other side of Orangeville in the name of neighbourhood character. https://t.co/Qcd3dllfJi

Develper GreenStreet Flats, which has a mission to address missing middle rental housing within the GTA, has submitted an application for a minor variance to bylaws for the small complex, which would have 18 rental units plus two more in a laneway suite.