Toronto could be getting a brand new restaurant in the sky, part of a new development proposal tabled with city planners in early August to redevelop an existing office tower at 15 Toronto Street.

The proposal, from developer Madison Group, would replace the current 1961-built office building standing 11 storeys with a Modernist design, home to Italian restaurant Carisma on its ground floor. 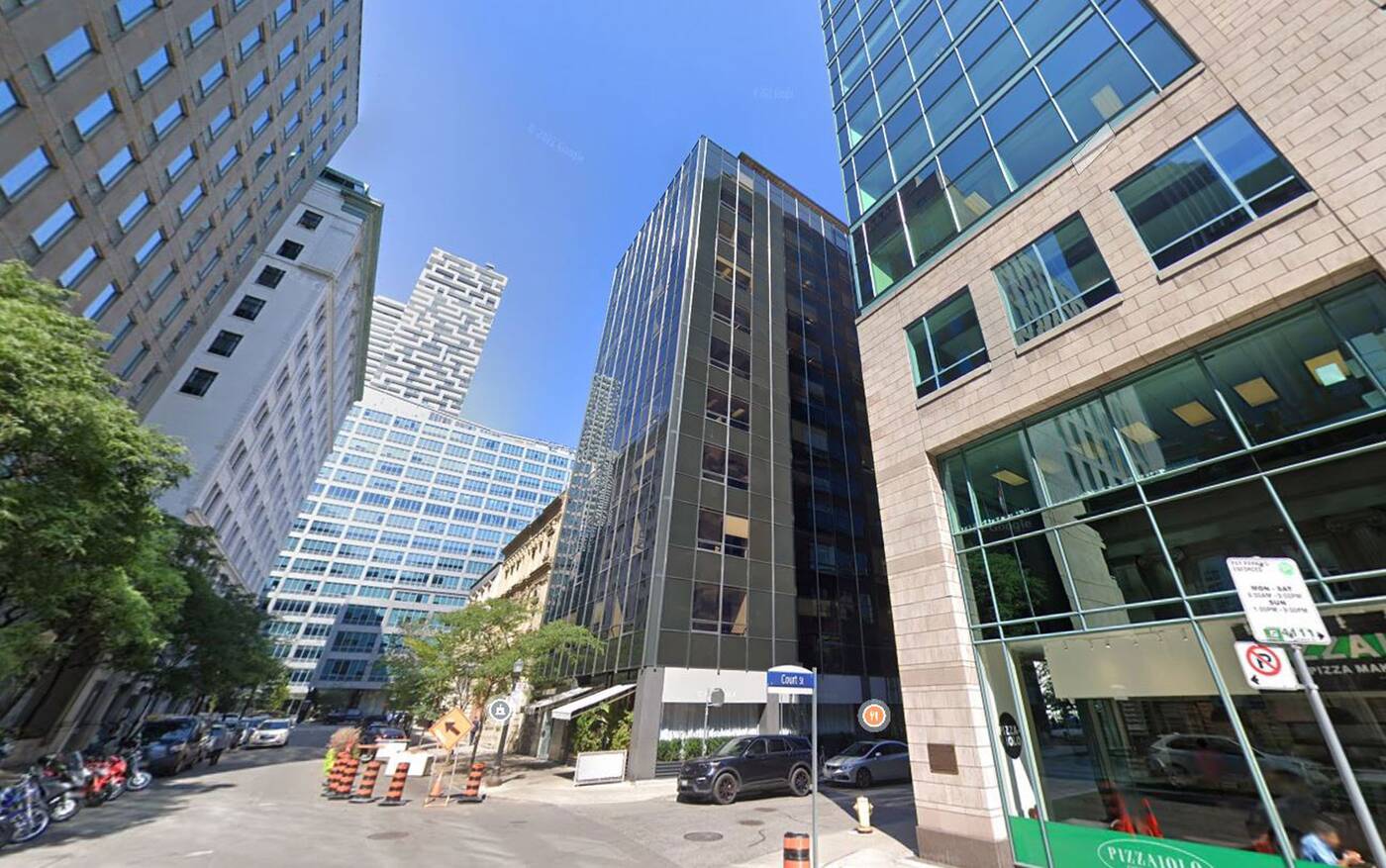 View of the existing office tower at 15 Toronto Street. Photo via Google Maps.

In place of what exists today, the proposal seeks rezoning to permit a 53-storey mixed-use building featuring a minimalist design from architects BDP Quadrangle. 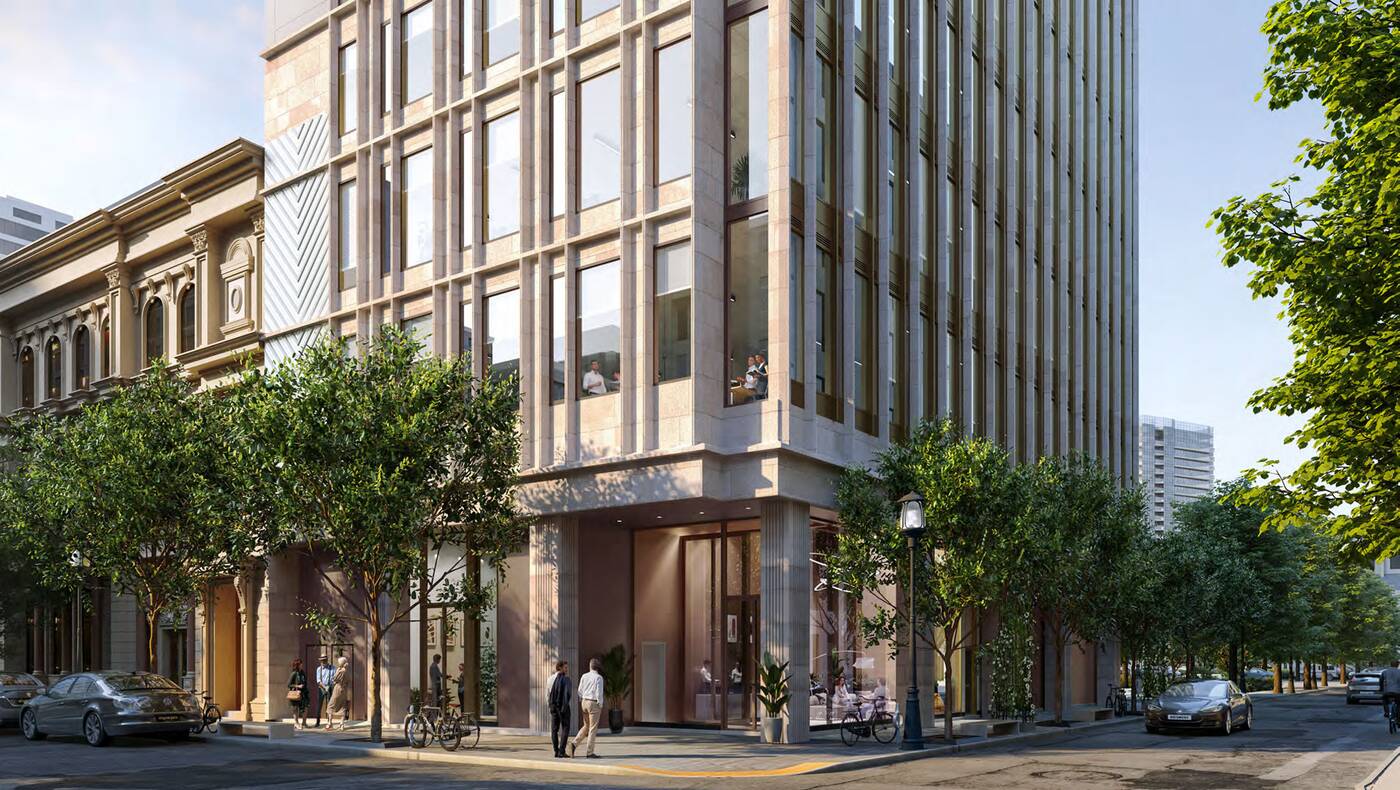 Looking northeast towards the base of the proposed tower at 15 Toronto Street. Rendering by BDP Quadrangle.

Its proposed height of 201.6 metres above the surrounding historic architecture of Toronto Street and adjacent Courthouse Square. Though much taller than anything on the block in 2022, the plan is in line with the heights of towers just north of the site on Adelaide and Richmond Streets. 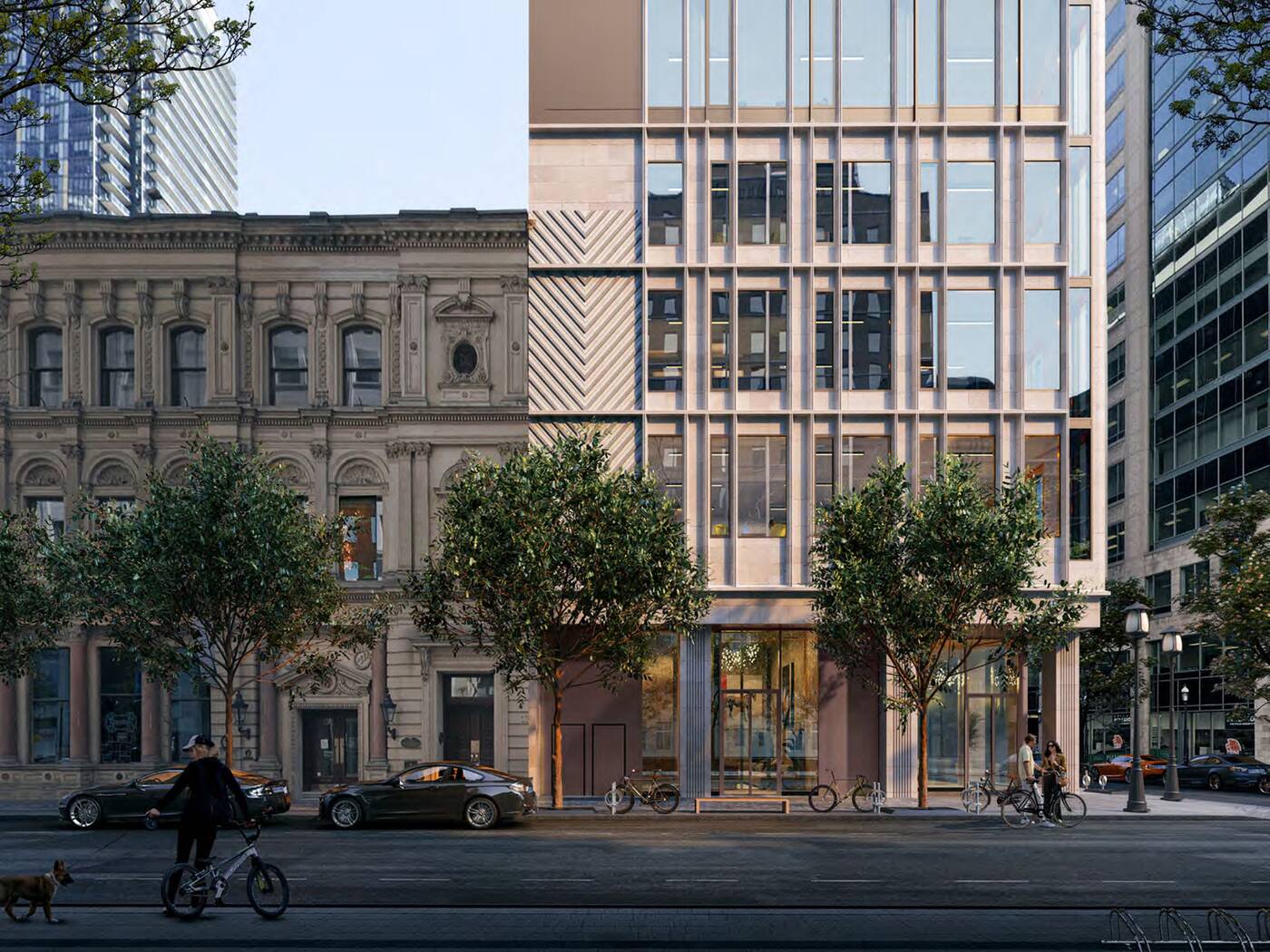 Looking east towards the base of the proposed tower at 15 Toronto Street. Rendering by BDP Quadrangle.

That eleventh-floor space appears destined to host a restaurant, planned with a terrace/patio wrapping around the east, west and south edges of the building to provide outdoor seating areas with great views. 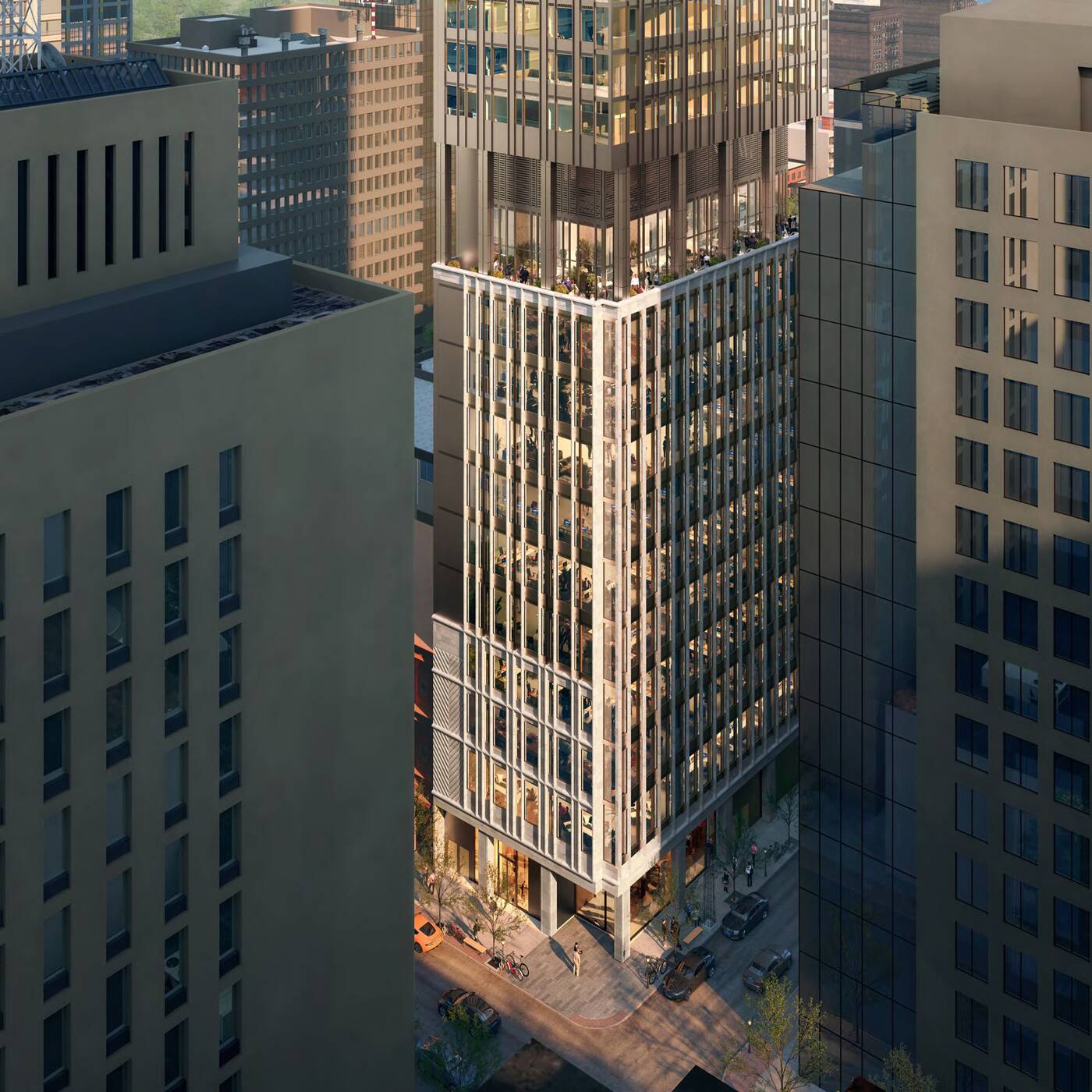 Looking northeast at 15 Toronto Street, with the 11th-floor restaurant visible near the top of the frame. Rendering by BDP Quadrangle.

Whether this turns out to be a new location for Carisma or a larger operation, the restaurant planned at 15 Toronto Street will undoubtedly offer some unique city views.

Above the retail and commercial base, a mechanical floor will divide the base from the 41 storeys of residences above. This portion would contain 296 condominium units on levels 13 through 51, planned in a mix of 202 one-bedrooms, 62 two-bedrooms, and 32 three-bedroom units.

That unit count is subject to change to satisfy demand, with the plan employing walls designed with knock-out panels that would allow 36 of the proposed one-bedroom units to be combined into two-bedroom layouts, which would result in a new count of 278 units.

Topping off the tower, a two-level indoor and outdoor amenity area is proposed on the 52nd and 53rd levels, featuring a pair of stacked open-air spaces facing east.

The indoor areas would have some impressive views of the city from a height of approximately 190 metres. At least until the next condo comes along and blocks them.