A towering skyscraper is replacing Henry's camera store in Toronto

News broke at the start of 2022 that camera store Henry's is departing from their downtown Toronto location after nearly half a century in business at the corner of Queen and Church.

The culprit? Condos, of course, as a critical lack of housing and constant demand fuel the city's continued construction boom.

An early August development application submitted with the city uncovers details of the proposal for a soaring 60-storey condo tower from CentreCourt Developments at 119 Church Street.

And though it means the end of the Queen and Church presence for this institution of imaging after 47 years (the business plans to move two blocks away when the buildings empty out), elements of the historic structures on site will live on within the base of the new development.

Designed by architects IBI Group, the new building is planned to rise just over 198 metres above the intersection with a twisted take on the traditional glass box condo look.

At its base, the building features the reconstituted facades of 89 Queen Street East and portions of 119-123 Church Street. These historic elements would be panelized, removed, and reintegrated into the new structure, maintaining a familiar presence while making way for new growth.

Whether or not these rebuilt details appear harmonious with the rest of the base is subjective, but I'll let the renderings do the talking. 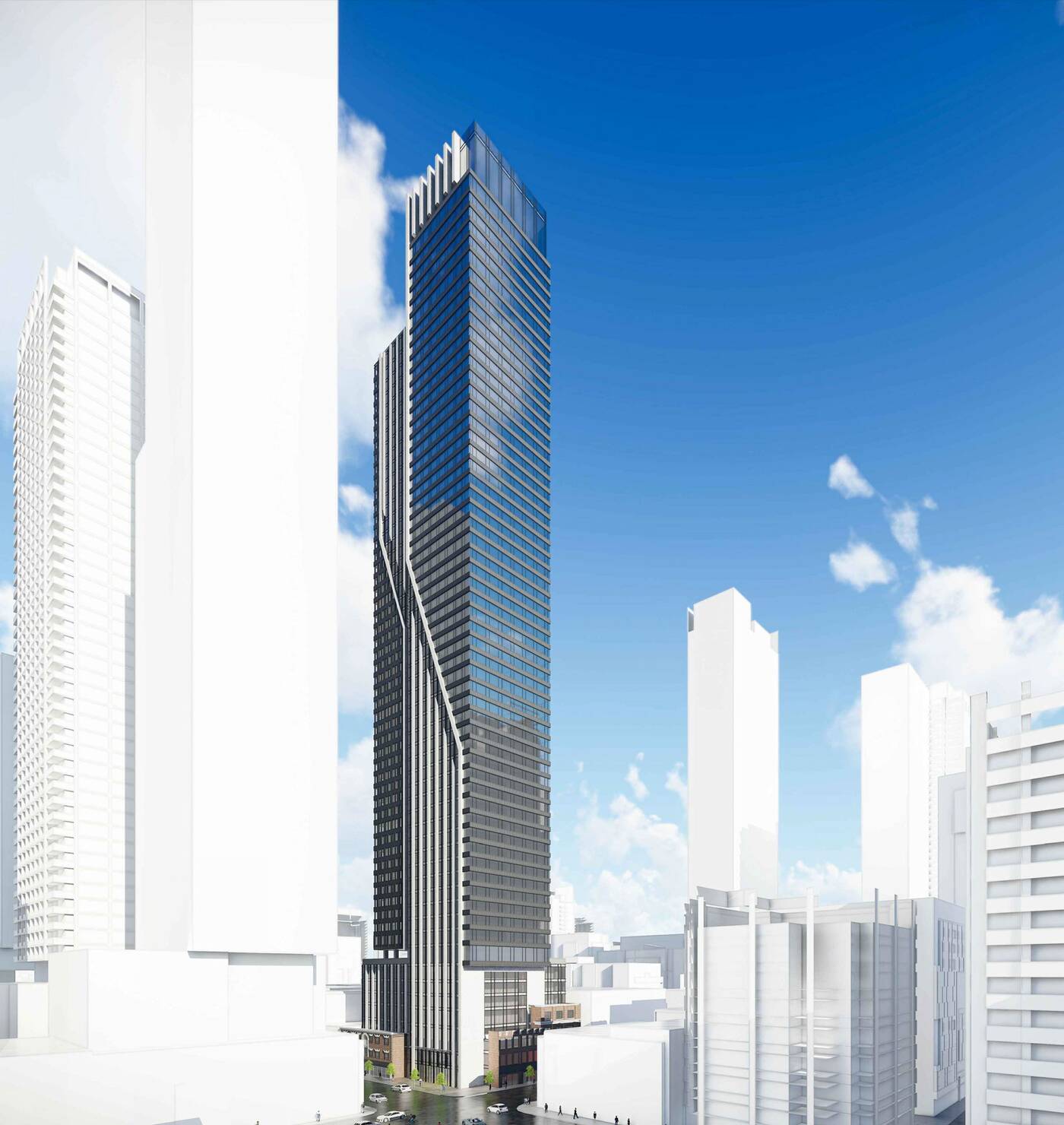 Aside from a ground-floor retail component, 99 per cent of the building's proposed 44,935 square-metre floor area would be dedicated to residential space.

This includes 701 condominium units planned in a breakdown of 500 one-bedrooms, 131 two-bedrooms, and 70 three-bedroom units.

Details are not as clear regarding the 17 existing rental units on site. The developer is bound under Chapter 667 of the Toronto Municipal Code to replace this rental housing, though planning documents state that it has not yet been decided if the units will be housed in the tower or provided off-site.

It's still far too early to tell how this proposal will play out as the submission circulates with city staff. Its next steps will be determined when a preliminary report is presented to community council.