The brand name of a new hotel slated for Toronto's historic Distillery District was finally just confirmed this week, and marks a huge first for not only the neighbourhood but also all of Canada.

Residents have known for some time that a new hotel is coming to 60 Mill Street — the only one within a kilometre of the neighbourhood, let alone within it  — but were thus far unaware of which chain was behind the 31-storey project.

Directly across from the Distillery's main gates, the Curio by Hilton will mark the American brand's first foray north of the border.

Though Canadians are surely familiar with Hilton hotels, Curio is a more upscale soft brand supported by the chain, and thus far has locations across America and in international destinations like Buenos Aires, Lisbon, Barcelona and St. Lucia. 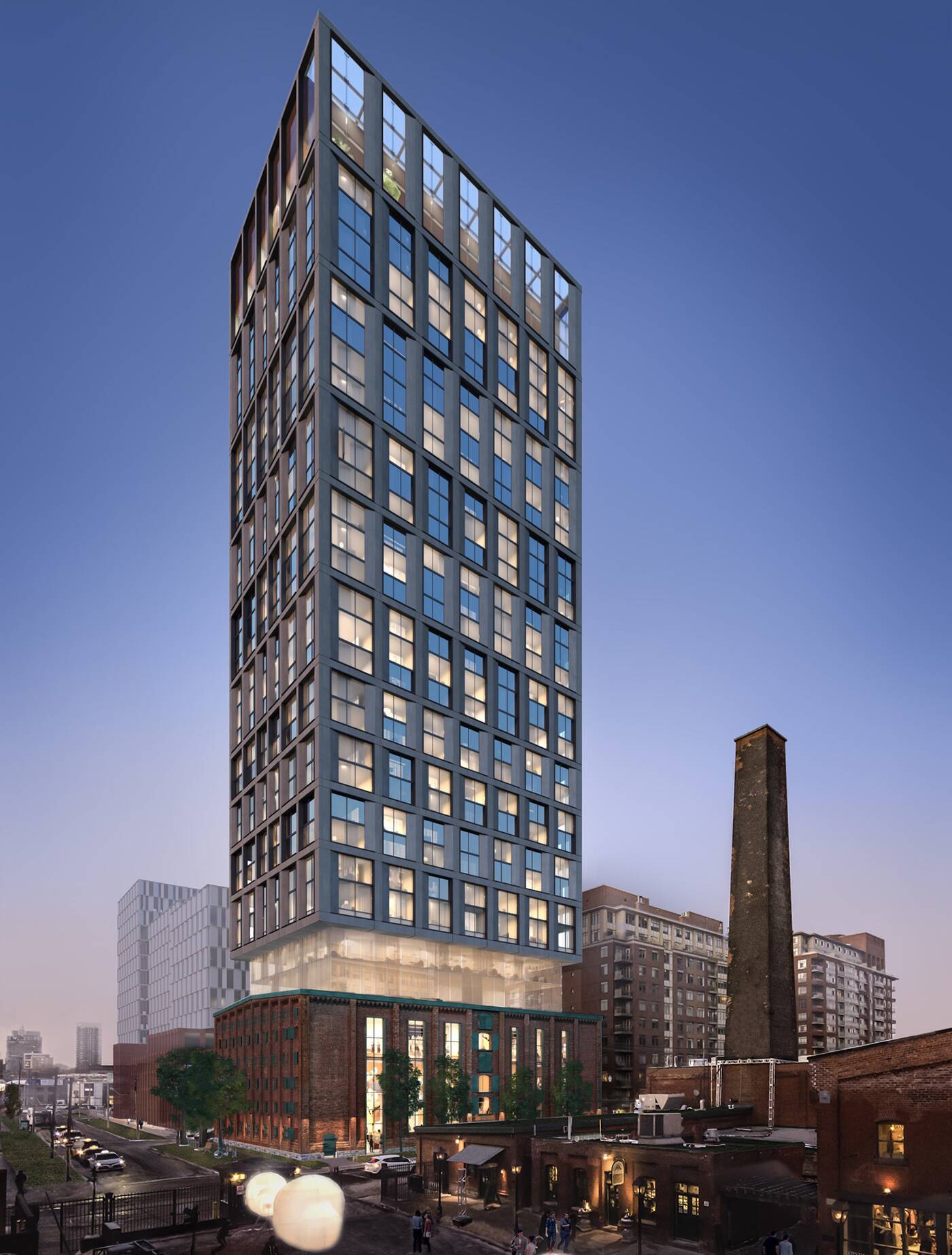 The new 31-storey hotel will keep three floors of the heritage building's exterior under a shiny new tower filled with more than 400 rooms, the first large-scale accomodation in the area. Rendering by the Gupta Group.

The project will repurpose an out-of-use six-storey heritage building constructed in 1890, maintaining the historic exterior for the first three floors only, which architects say is extremely complicated due to the nature of the design.

As noted in a release from the Gupta Group and Easton's Group of Hotels, some levels of the structure "had no floors because it was designed for storing thousands of barrels of alcohol along wooden racks. In fact, the barrel storage racks forming the middle of the building are currently supporting the building itself, so any adaptation will require significant efforts to ensure that it is sufficiently supported once they are removed."

In the end, the accommodation will offer 392 rooms and amenities such as a rooftop bar and restaurant, a gym and spa, ballrooms and conference spaces, and four underground floors of parking across 288,000 square feet of floorspace.

The first three floors of the heritage building will remain publicly accessible to "highlight the past use of the building to all visitors," developers say, an aim that will be aided by a number of "reveal floors" that will separate the new structure on top from the old underneath.

Construction is due to start in mid-2022.