Condos are being proposed in Toronto at an outrageous rate right now, as these floodgates are set to close next year when new inclusionary zoning rules kick in.

For now, the proposals just keep pouring in, one of the latest seeking to add two towers to the site of an existing heritage building in the Yonge and Davenport area.

Developer Easton's Group/Gupta Group wants to redevelop 906 Yonge Street and 25 McMurrich Street with a pair of (of course) condominium buildings, with a 33-storey tower to rise over Yonge and a 19-storey tower over McMurrich.

The site includes a 1927-built heritage building at 906 Yonge Street, formerly home of Ridpath's Furniture and since converted into space for The Dalton School.

Though the easternmost 7.5 metres fronting Yonge Street would be retained, preserving the existing character, the bulk of the almost century-old property would be razed to make way for the taller of the two towers. 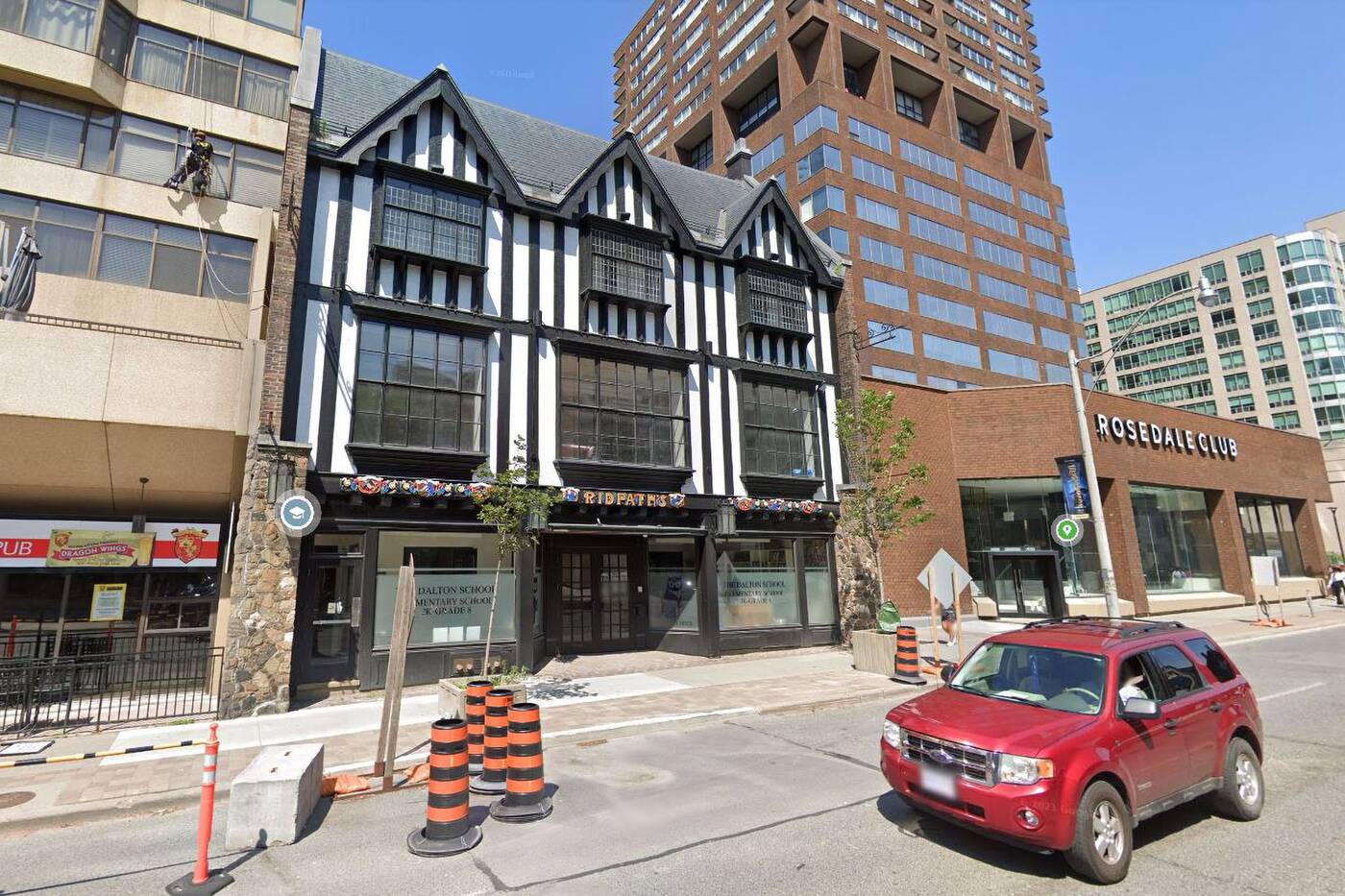 The existing heritage building is almost a century old, though all but the first few metres would be demolished to make way for the development. Photo via Google Street View.

Designed by architects IBI Group, the pair of new buildings feature little in common beyond a shared two-storey base, taking on two completely different aesthetics. The shorter, 19-storey tower to the west features more of a slab-style look with lighter finishes, while things will look just a bit more dramatic with the taller tower to the east over Yonge. 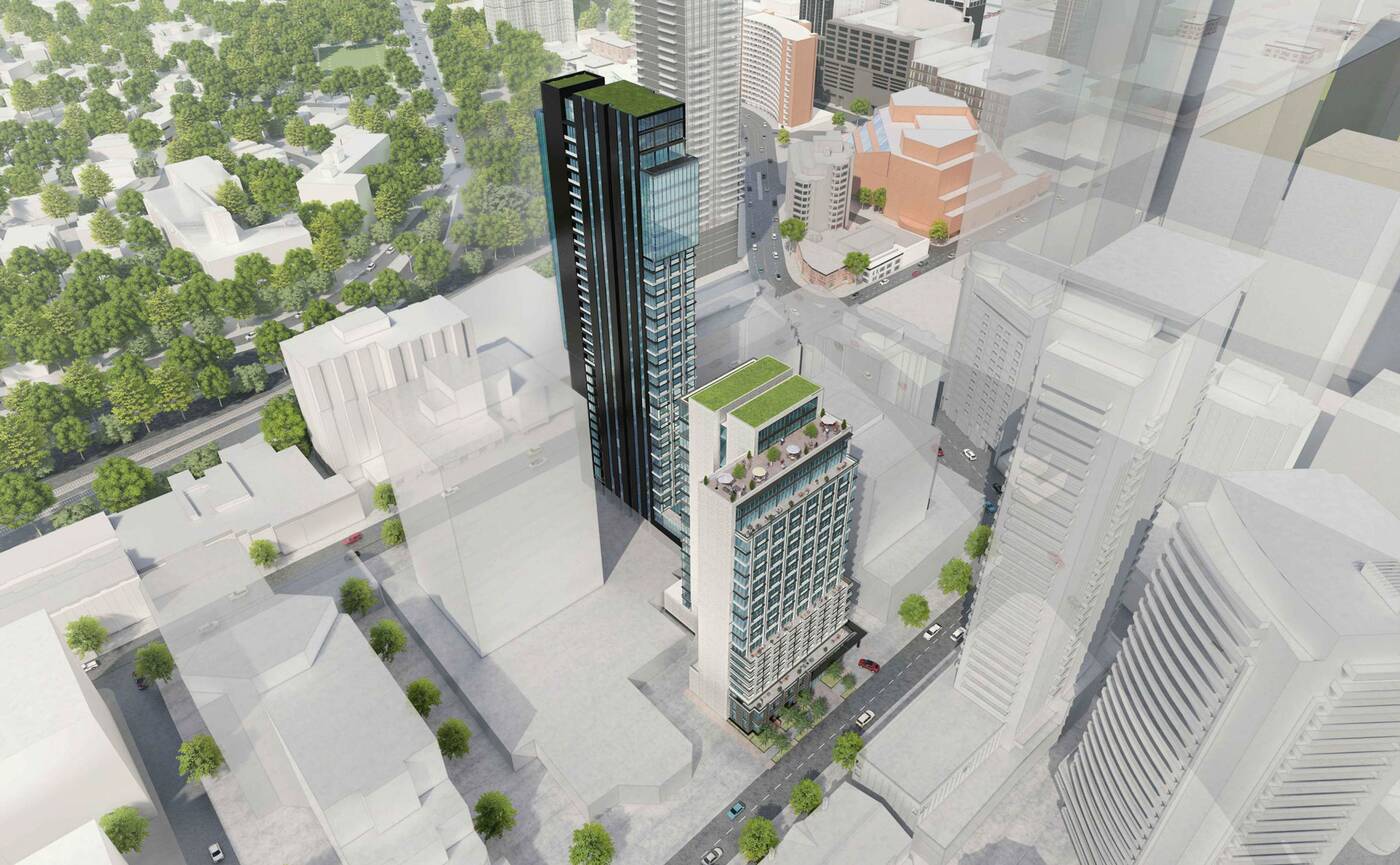 Looking southeast over the proposed towers, with McMurrich Street in the foreground. Rendering by IBI Group.

Rising almost 114 metres, the 33-storey tower would feature a super slender profile, just over 15 metres wide along Yonge Street. The real drama comes 14 floors up, where a glassy protrusion cantilevers out over the heritage building several levels below. 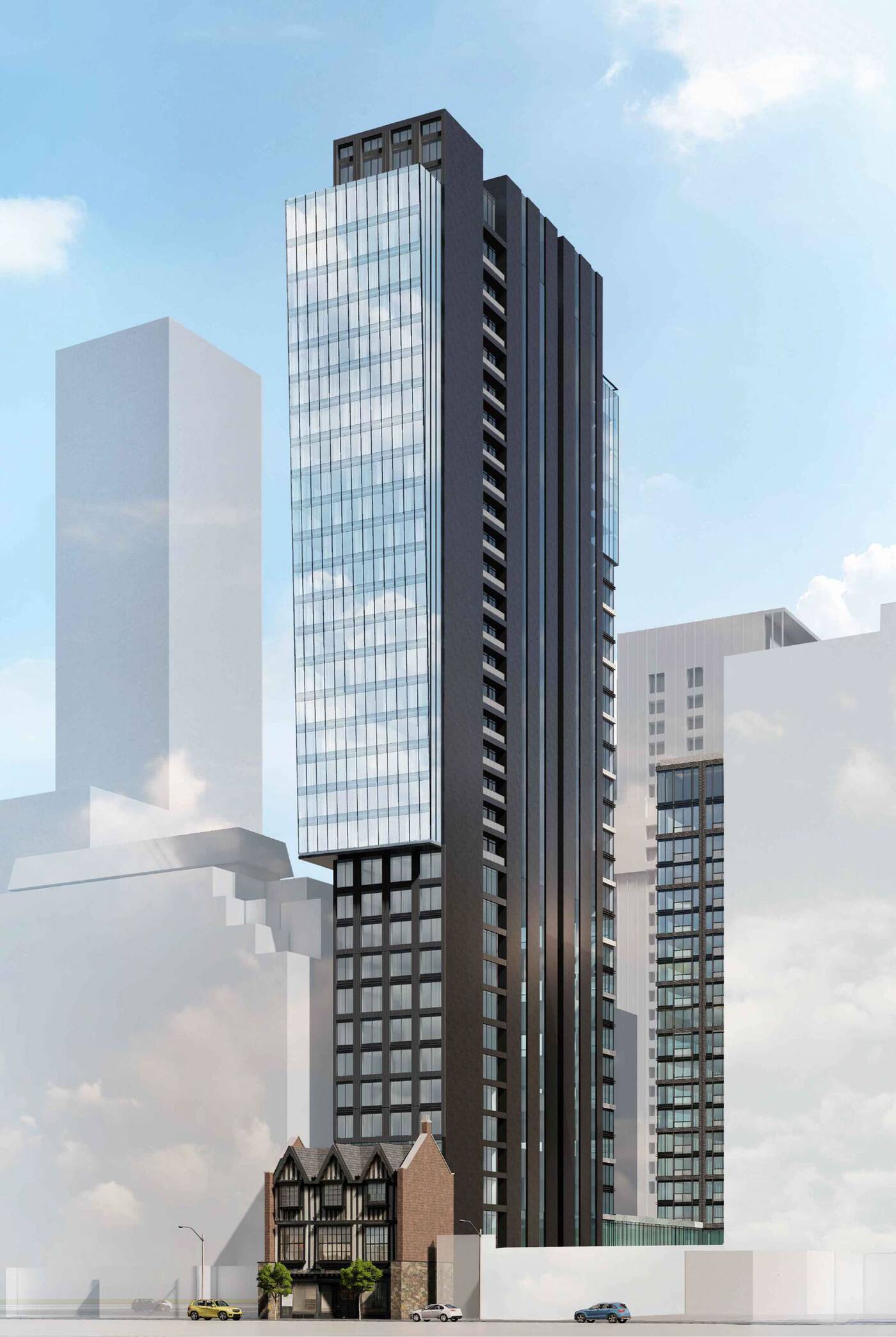 The existing heritage building along Yonge is currently flanked by towers of 14 and 19 storeys, renderings clearly depicting the new development towering over the building heights in the area. This height difference could present a possible hurdle in winning over the local councillor and area residents.

And then, of course, there will be hundreds of those new condo units that Toronto loves to complain about.

The pair of buildings would introduce 401 condominium units to the area, though the majority of these seem geared toward the investor/rental market, with 31 studio layouts and a whopping 245 one-bedroom units.

There would still be plenty of room for families to set up shop though, with 83 two-bedrooms and 42 three-bedroom units planned across the two buildings. 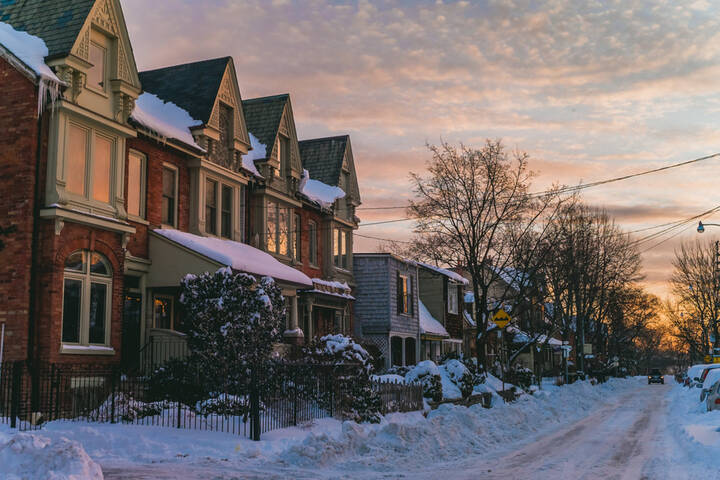