Until the mid-2010s, the Marty Millionaire building added a shot of colour to Toronto's Queen and Parliament intersection. Shuttered and sold off to WE Charity, the building — and an assembly of seven other properties — was converted to a glitzy new headquarters for the international charity.

Just five years after WE Charity opened its new headquarters in the complex of restored heritage buildings at 345 Queen Street East, the scandal-plagued charity of co-founders Craig and Marc Kielburger has reportedly sold off their HQ site.

The move is part of the charity shutting down its Canadian operations and liquidating its real estate assets in the city.

The Toronto Star reports that WE Charity and two affiliated foundations sold off the properties for a combined $36 million.

Though over half of the properties were reportedly sold at a loss, the former Marty Millionaire building sold for $24.6 million to an undisclosed owner, a massive $10.1 million spike in price over what WE paid for the building in 2015.

This may seem like a steep price tag, but it's important to note that, while the size of the building hasn't changed since 1925, WE Charity pumped millions into the property's restoration and upgrades.

Before WE restored the building to its original look, Marty Millionaire was a Queen East icon for almost five decades, known even more for its colourful exterior and neon signage as the furniture sold within. 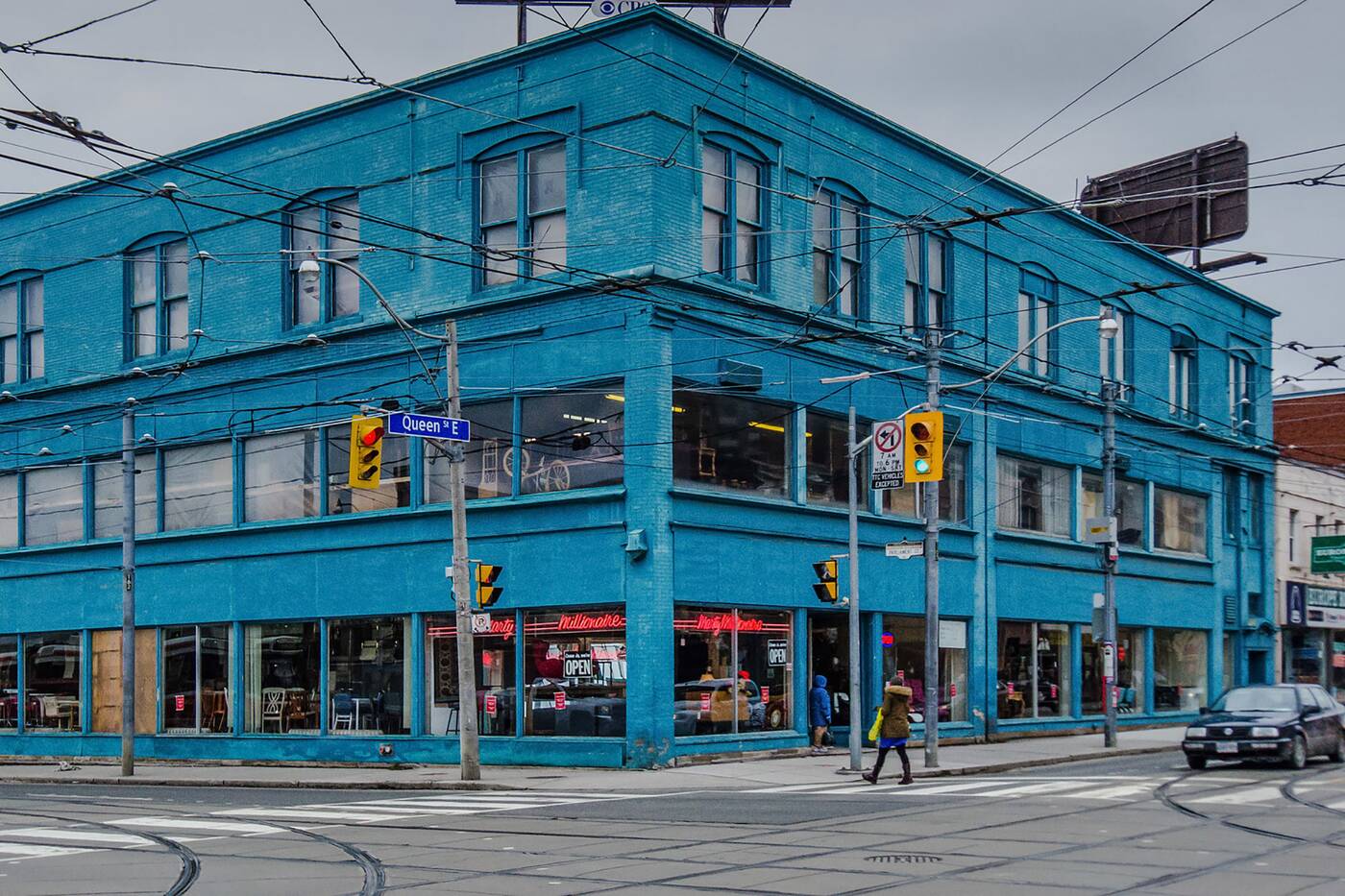 Marty Millionaire at 345 Queen Street East back in 2014, just before the building was restored for WE Charity. Photo by Lori Whelan.

Even before Marty Millionaire's half-century presence at the corner of Queen and Parliament, the building was serving the furniture business. Built back in 1907 for the Home Furniture Carpet Co., furniture could be purchased at 345 Queen East for over one hundred years before the building was converted.

The building's original footprint was expanded a few decades after construction, more than doubling in size with a new west addition in 1925.

This expansion added a bowling alley to the Queen Street side of the building, which sat largely forgotten until uncovered during the complex's restoration in the wake of WE's purchase.

Originally known as the Home Bowling Club, its former hardwood lanes still exist to this day.

While WE Charity is on the way out, their restoration of a classic Toronto building is one element of the organization's tarnished legacy that will live on in a positive light.