This charming Georgian residence overlooking the city hasn't been on the market since 1971, according to realtor James Molloy.

And there's a reason this house has been in the family for 50 years; it's one of a kind! 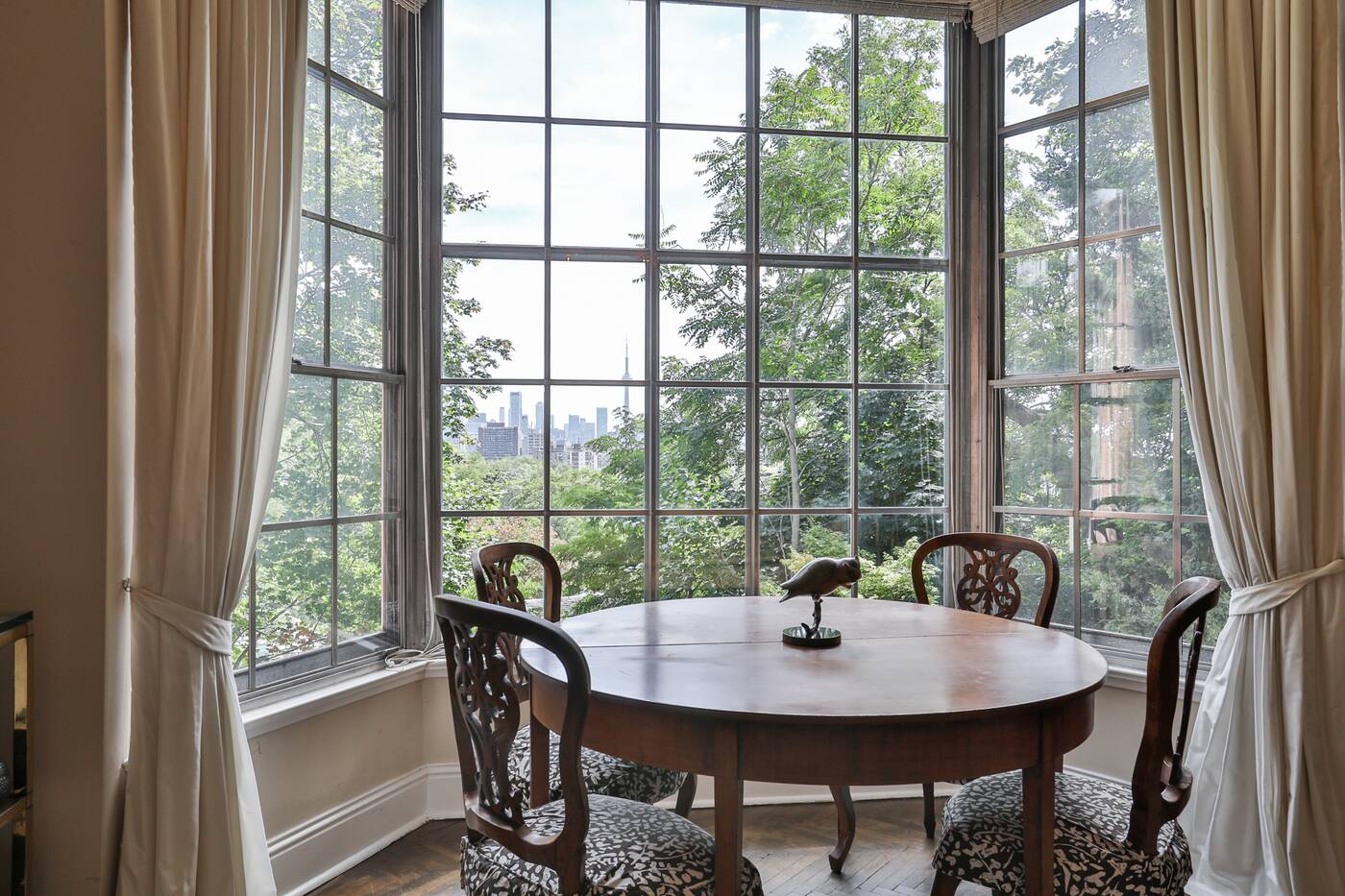 A little seating area in the living room has stunning views of the city.

The home was designed by architect Halliwell Charles, and was once home to a great Canadian war hero who was actually part of the infamous Stalag Luft great escape.

"He was shot down over France in World War Two and was a tunnler," Molloy told blogTO, musing that his pilot pedigree might be the reason he bought the place. 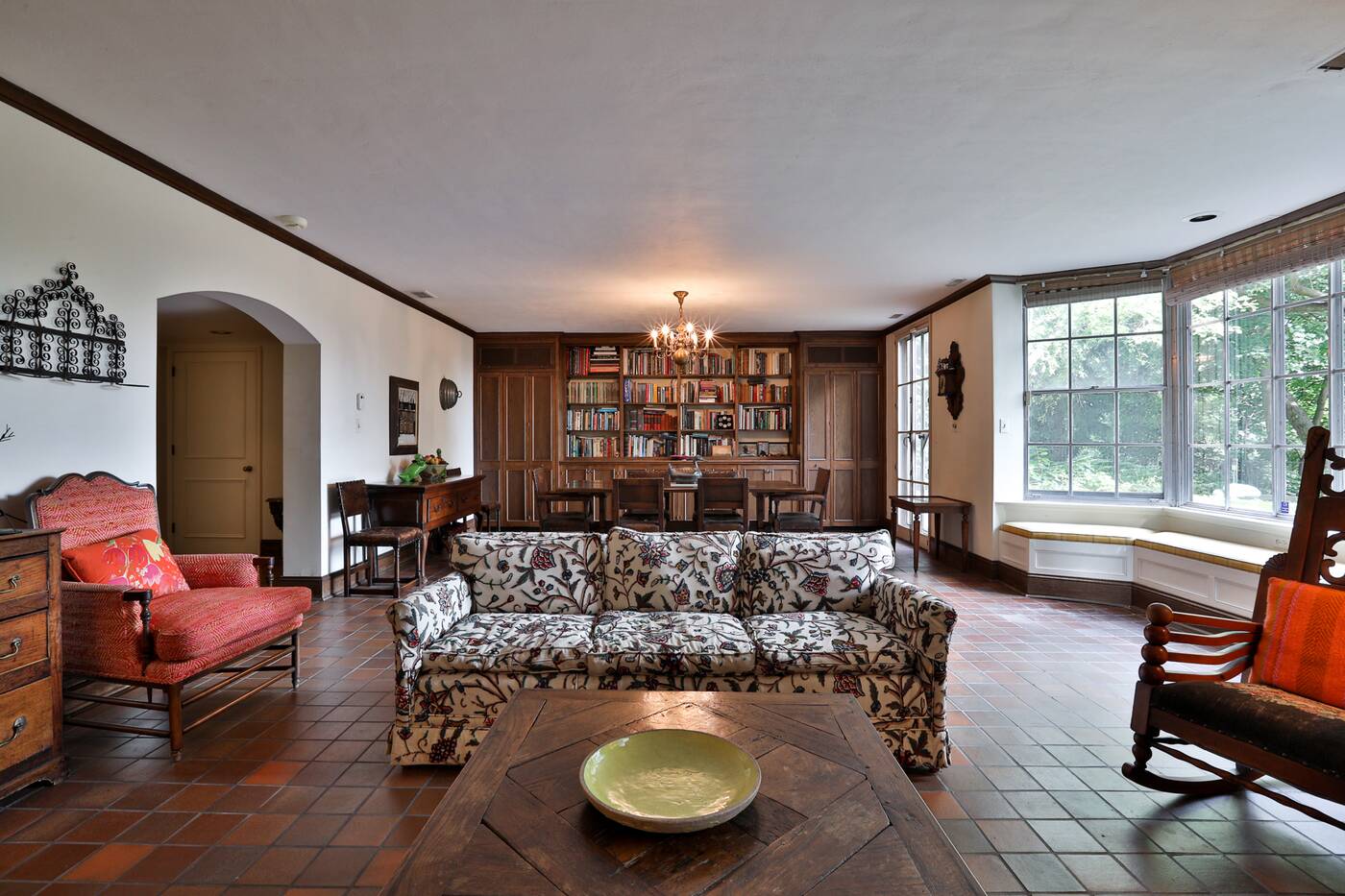 The home is now listed for $8,750,000, which is most likely due to the land the home sits on – not necessarily anything the house has to offer. 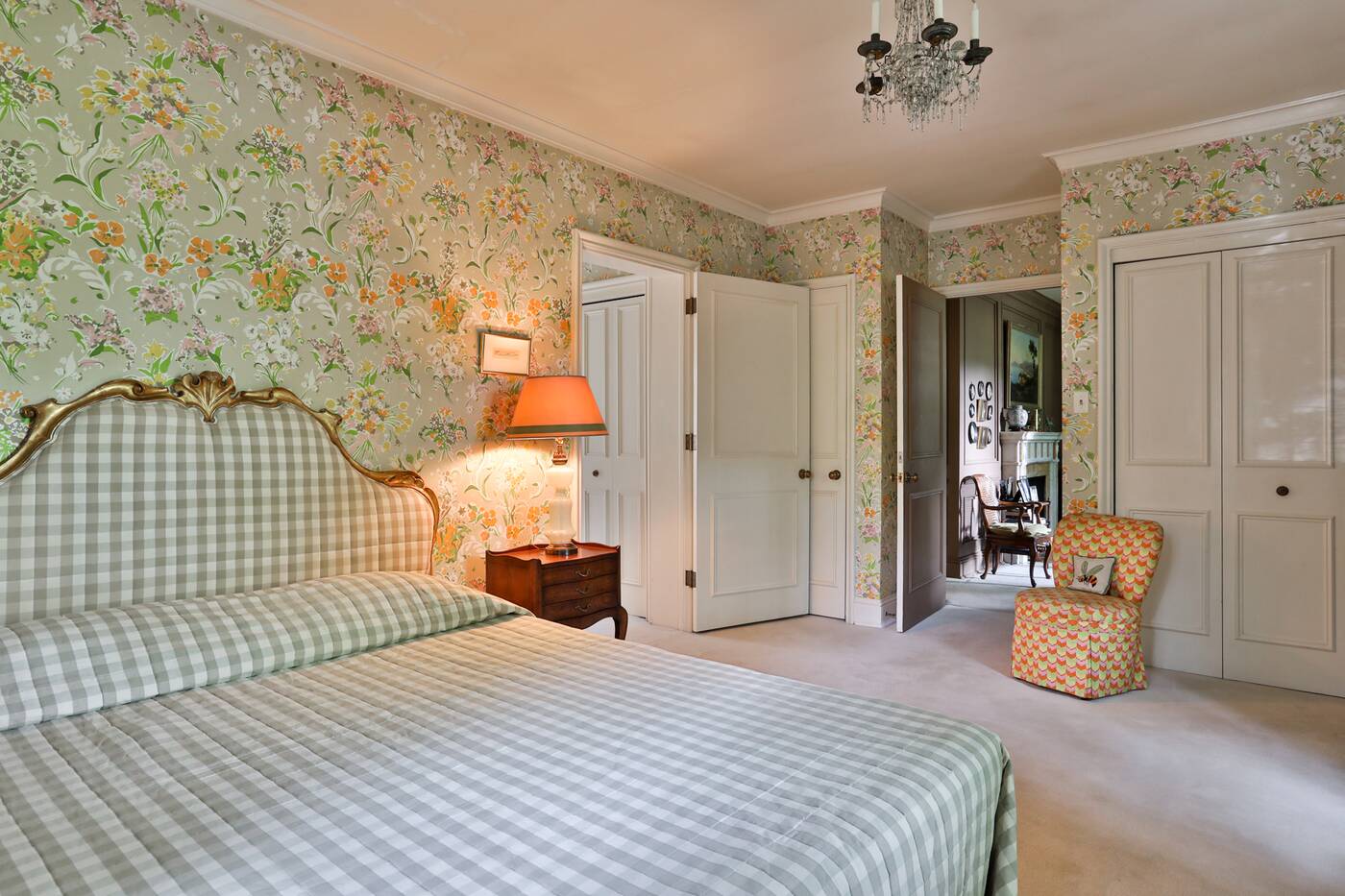 The principal bedroom has a walk-in closet and a five-piece ensuite.

The five-bedroom, six-bathroom home sits on just over 1,000 square-feet of land nestled in the Casa Loma neighbourhood. 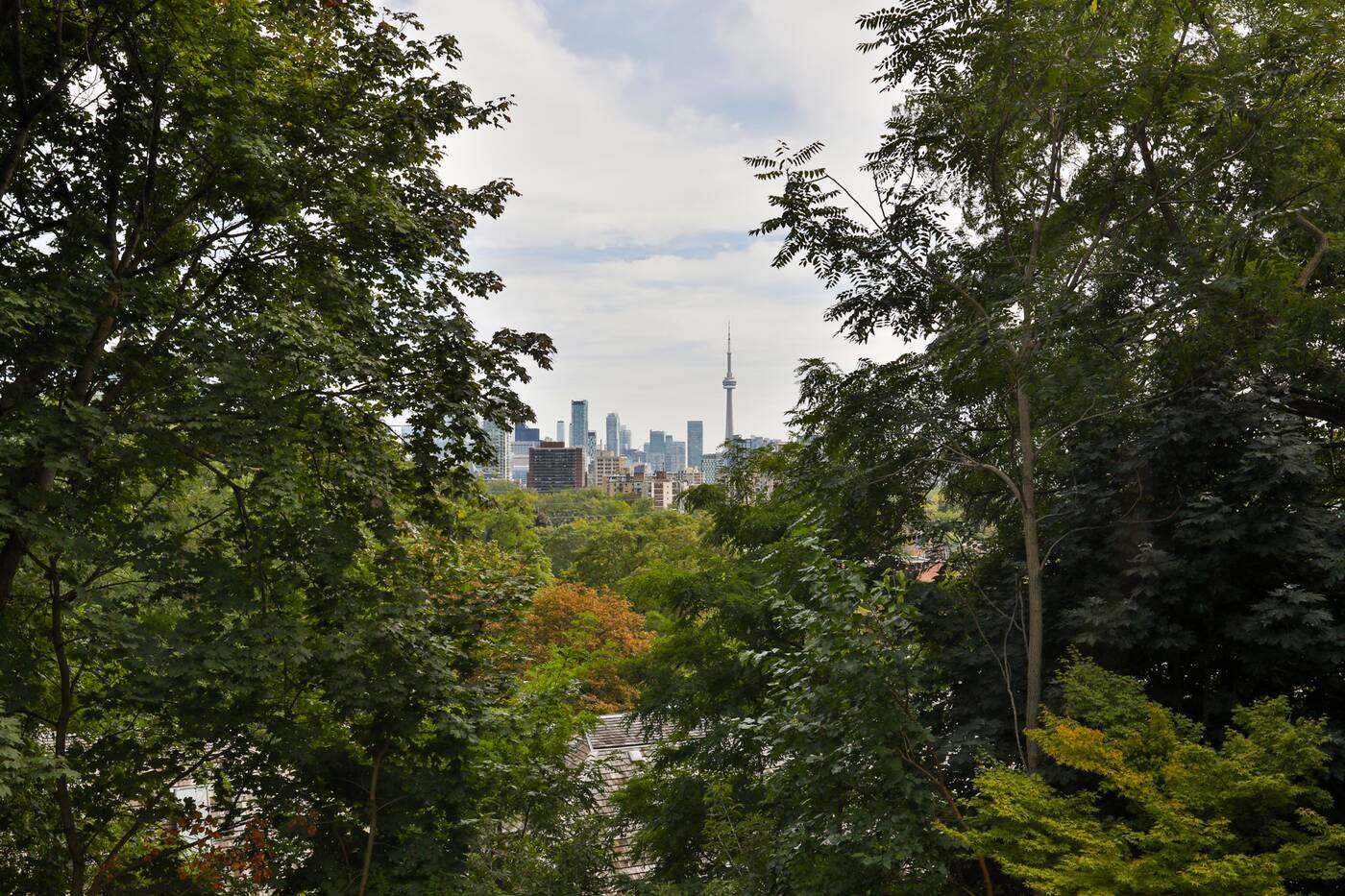 The view from the property.

The biggest selling point about the home is its coveted penthouse-like view of the city. Only seven places in the entire city have this view – one of them being Casa Loma. 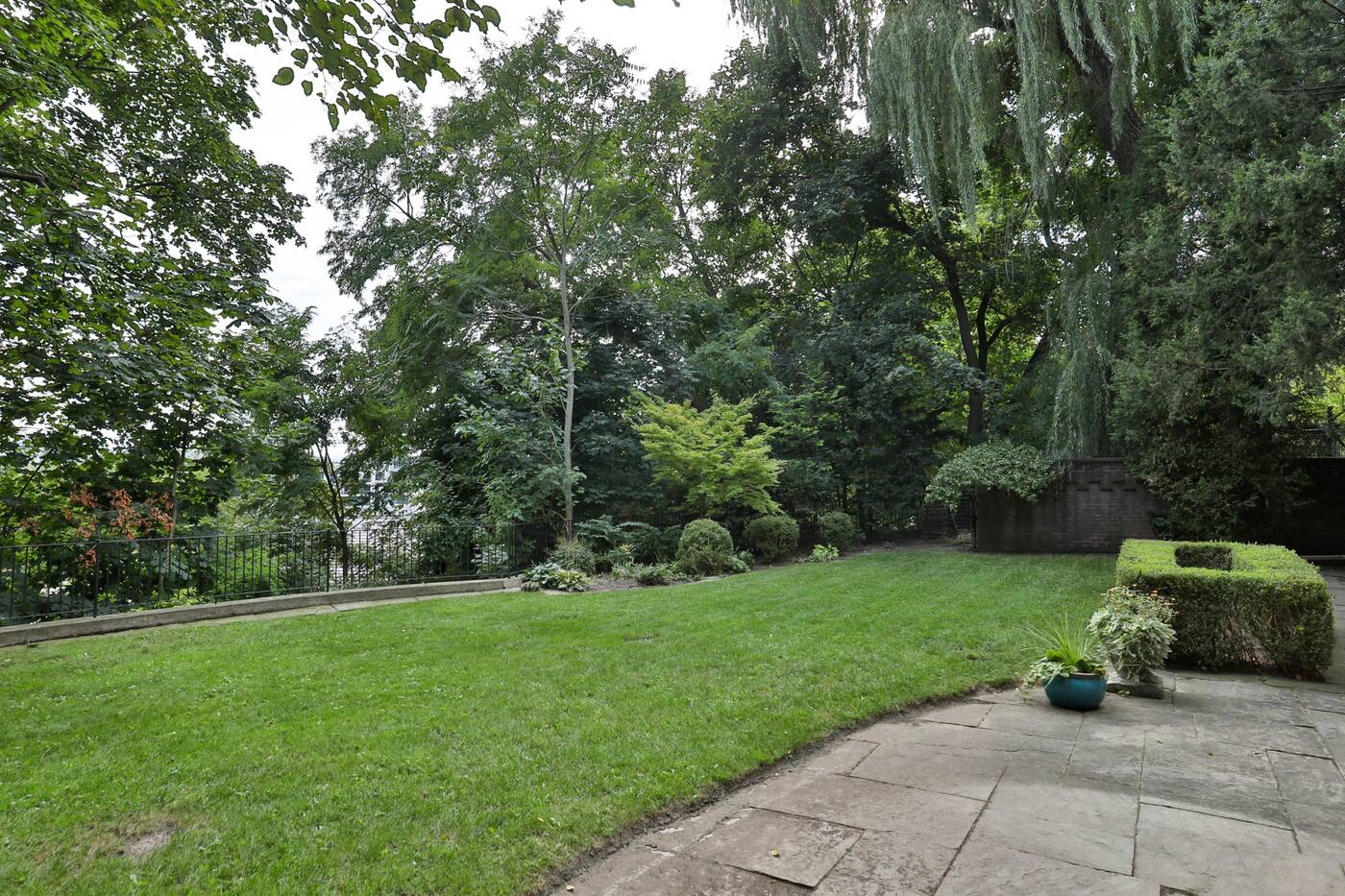 The backyard surrounded by mature trees.

"The view is unbelievable. It's perched on the Iroquois shoreline, which was an old glacial lake that was the predecessor of Lake Ontario, and it basically has the same view as the finest table at Scaramouche," Molloy told blogTO. 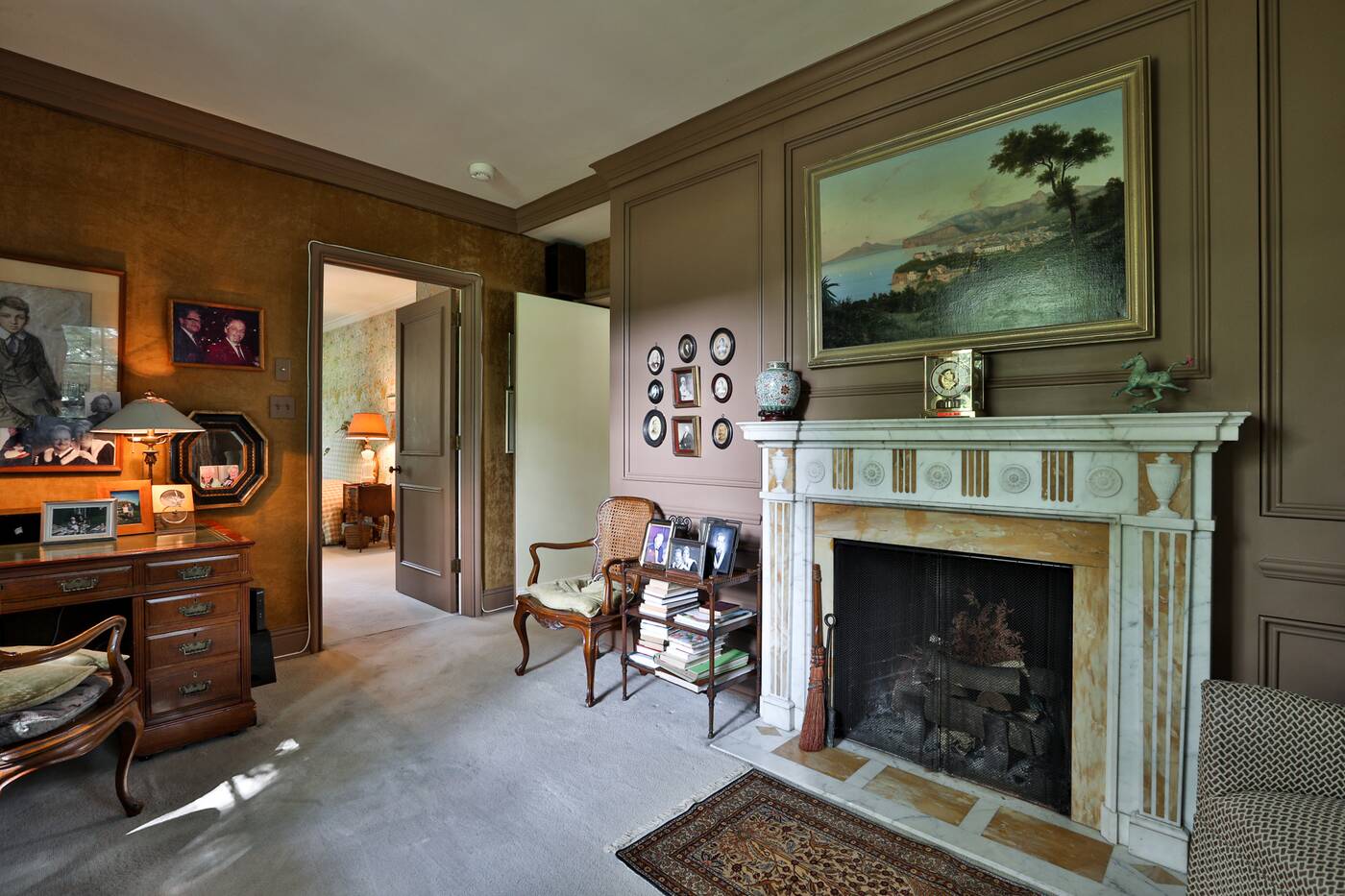 The library with a wood burning fireplace.

As for the home itself, it's interesting architecturally with a unique layout, soaring ceilings and tons of natural light, which is always a plus in a world filled with McMansions. 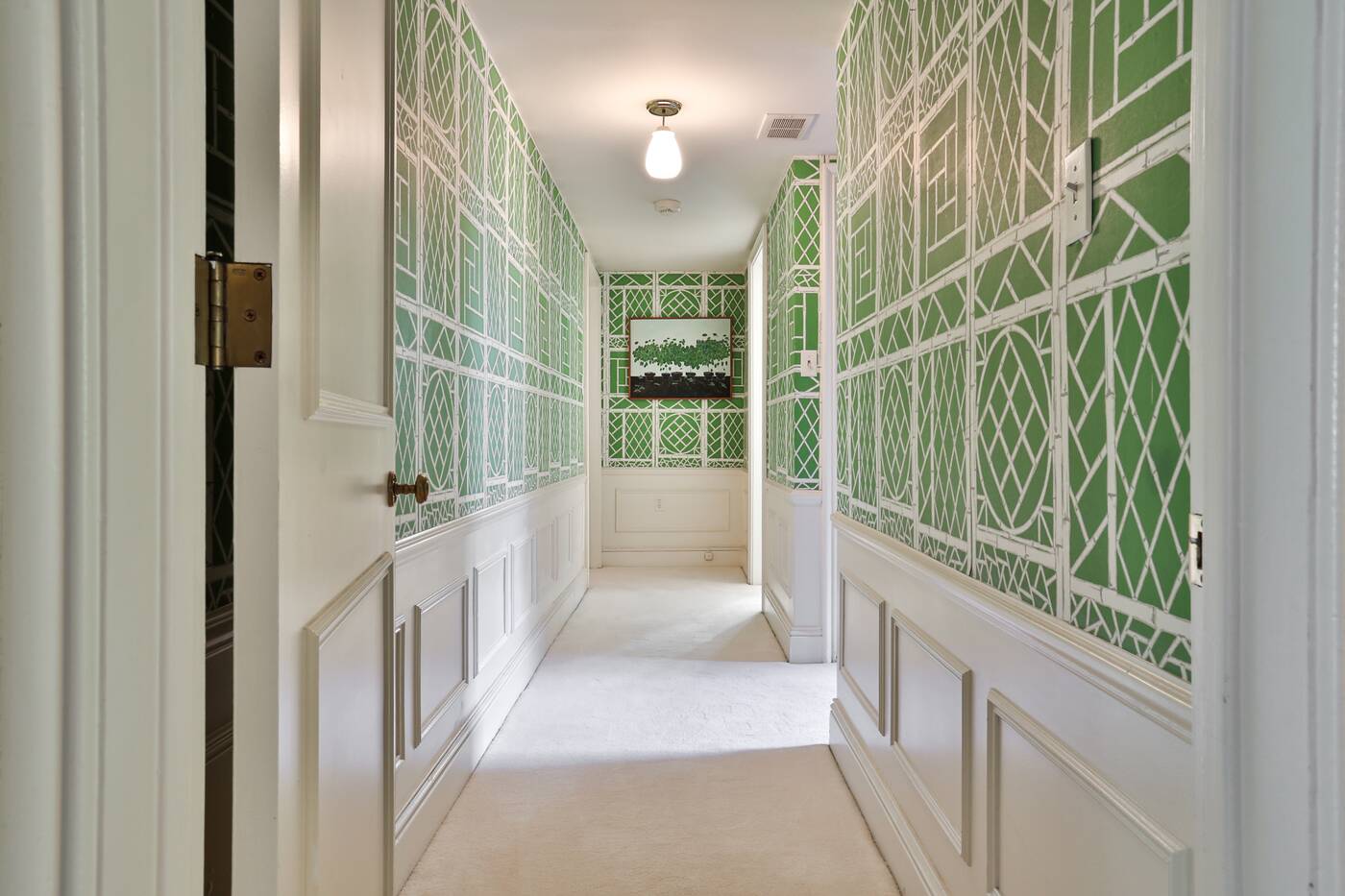 A colourful hallway on the ground floor.

That being said, it's definitely dated and needs some updating. 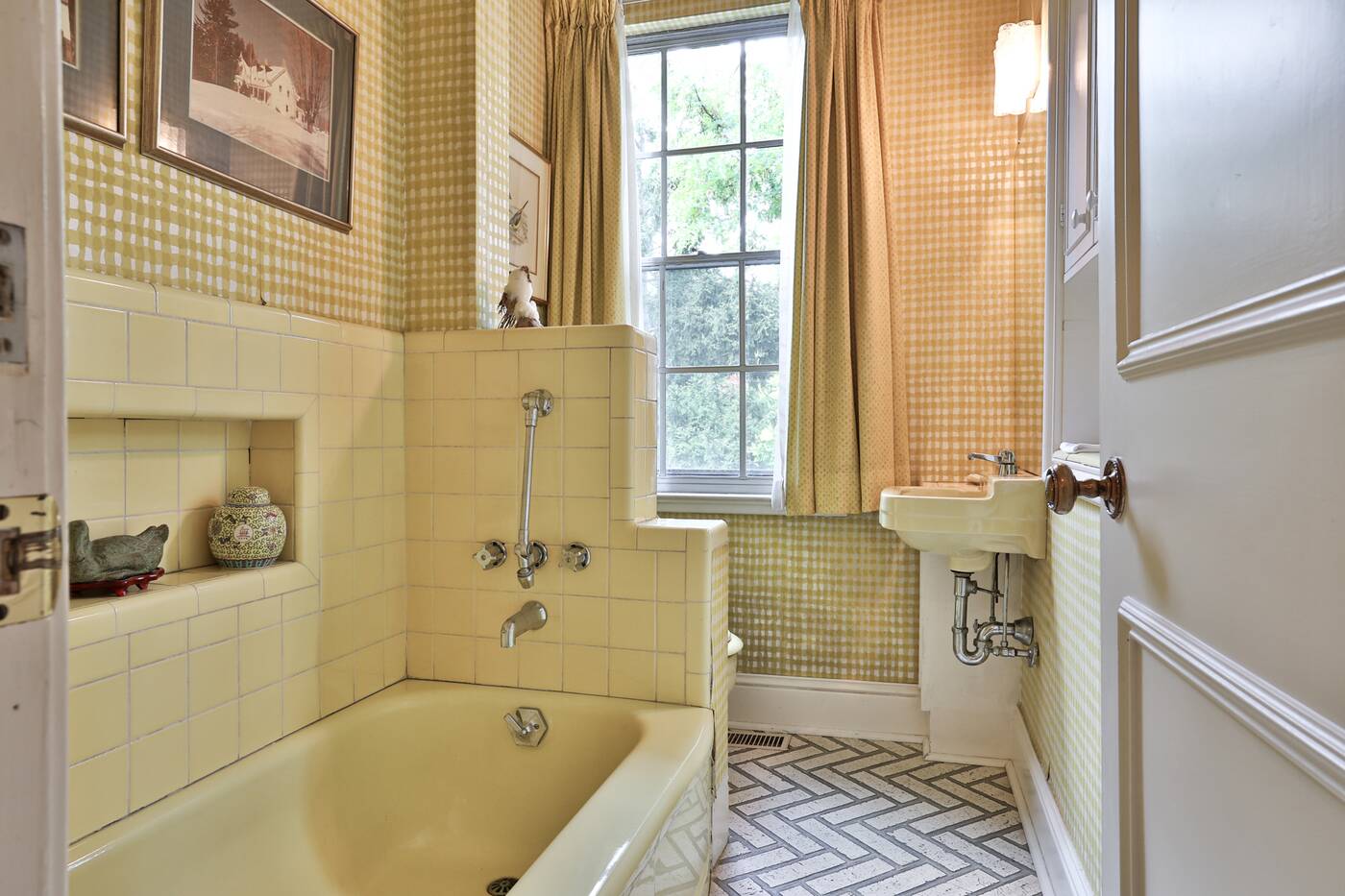 Particularly the eclectic choices of wallpaper and rooms like the kitchen and bathrooms could use some upgrades. 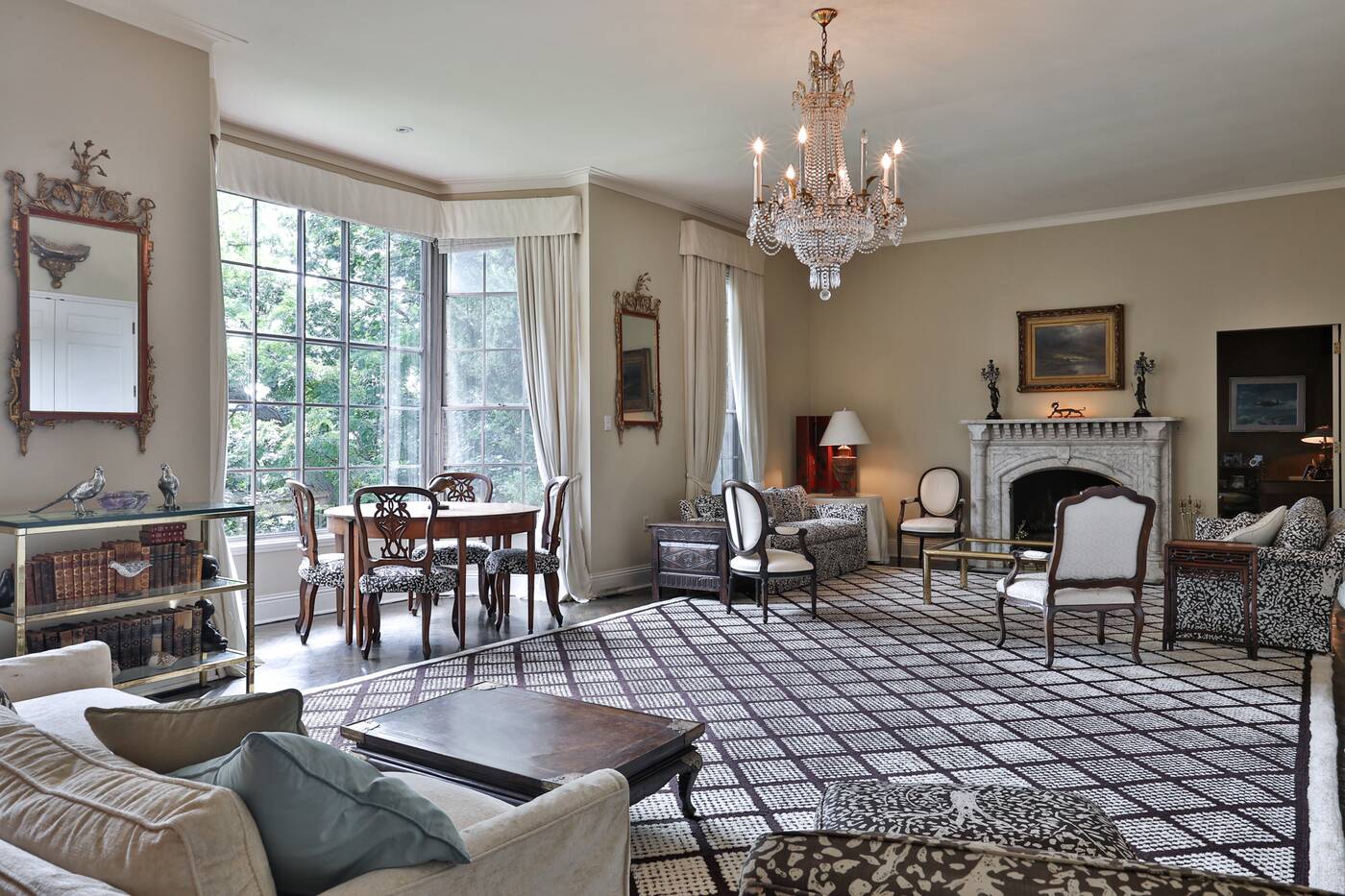 The living room is 34 by 18 feet and overlooks the ravine.

The main rooms are large and bright, as are the bedrooms. 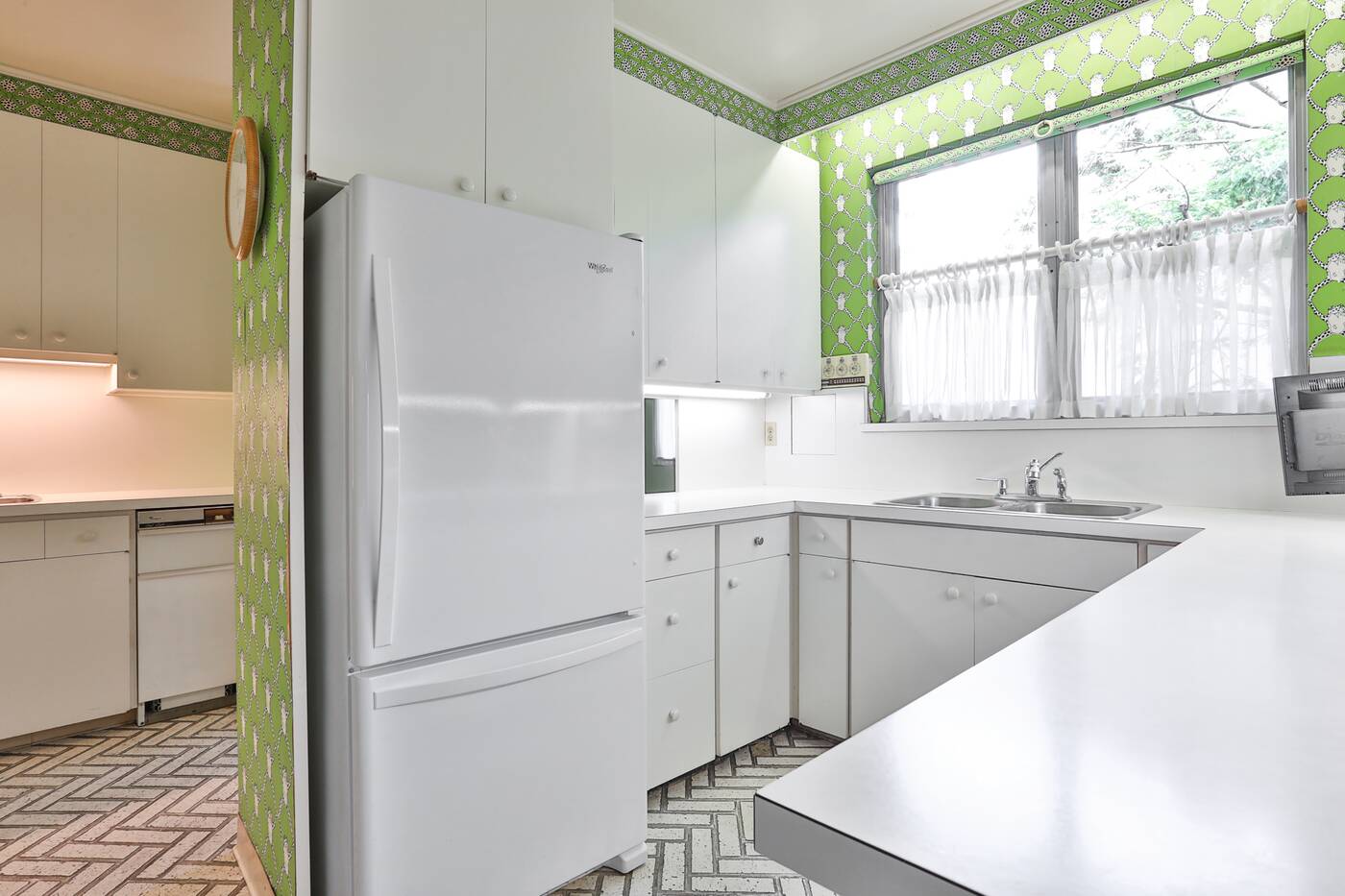 Despite the interior not really living up to more modern standards, the home  has good bones with hardwood floors, intricate fireplaces and really cool chevron tile in the kitchen and breakfast nook. 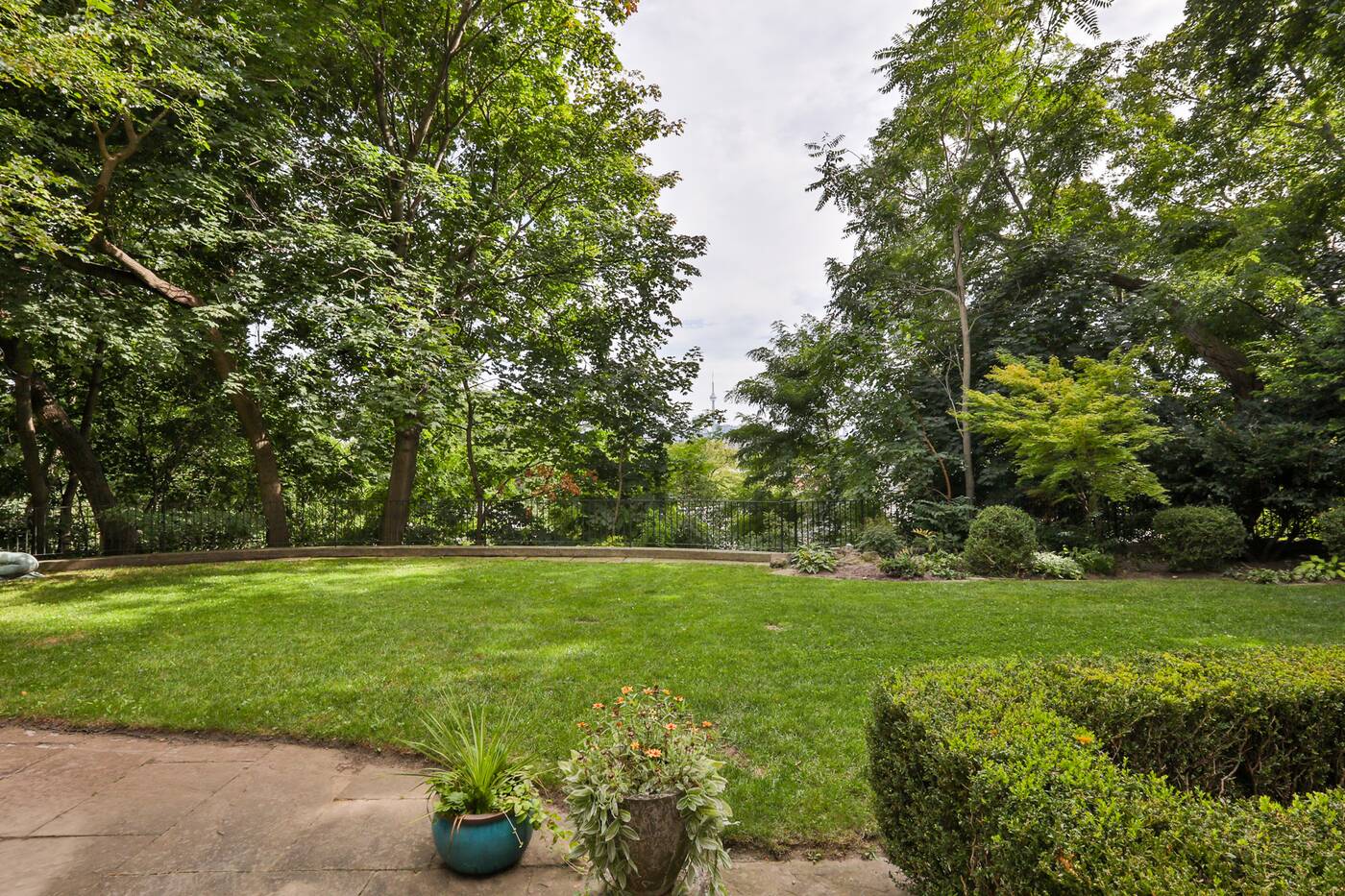 Another view of the backyard.

The backyard is a bit on the small side for a house like this but again the views and privacy are unbeatable. 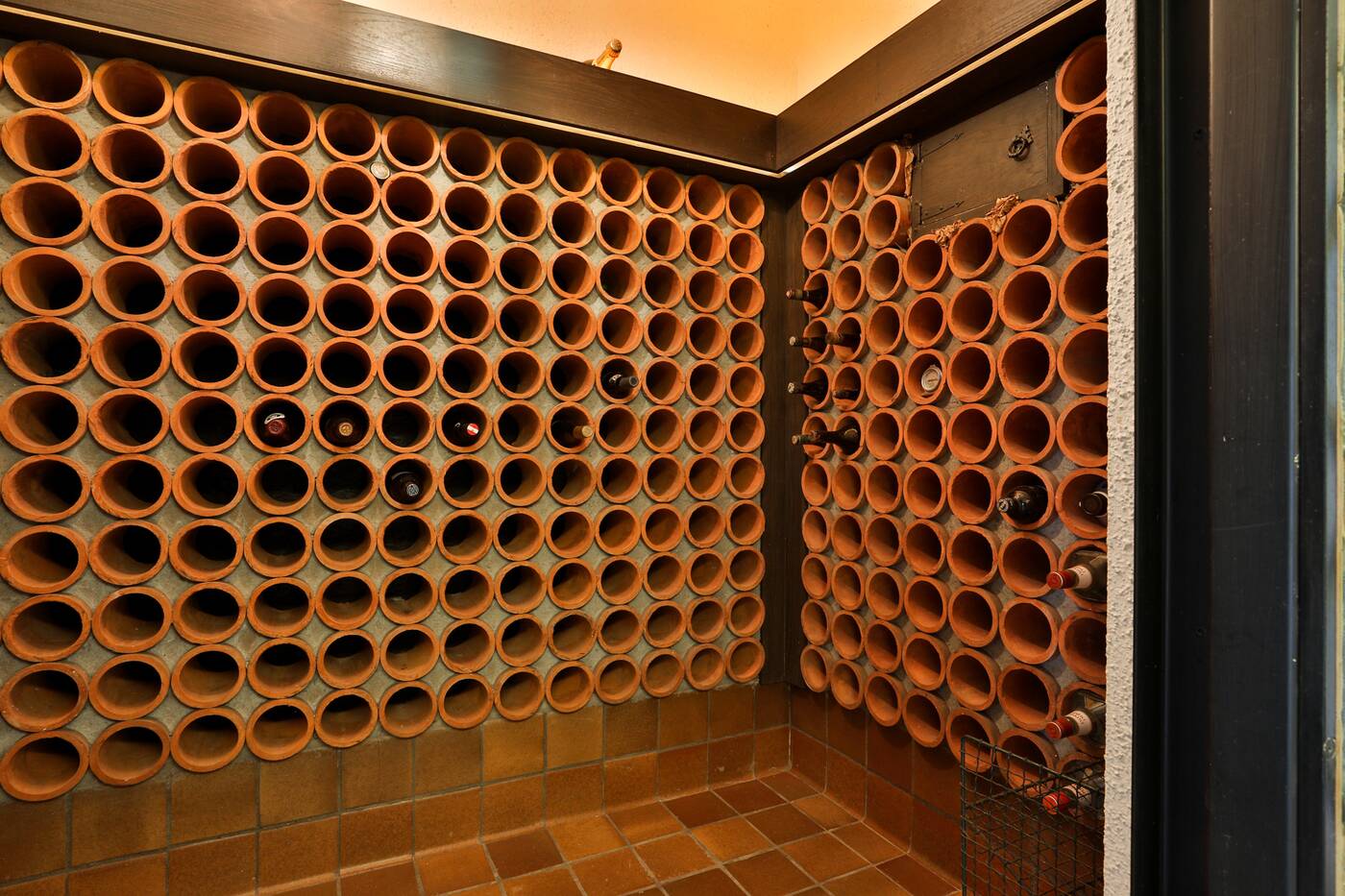 If you're looking for a really central house that doesn't feel like you're smack in the middle of the city then as Molloy puts it, this home is "an irreplaceable opportunity." 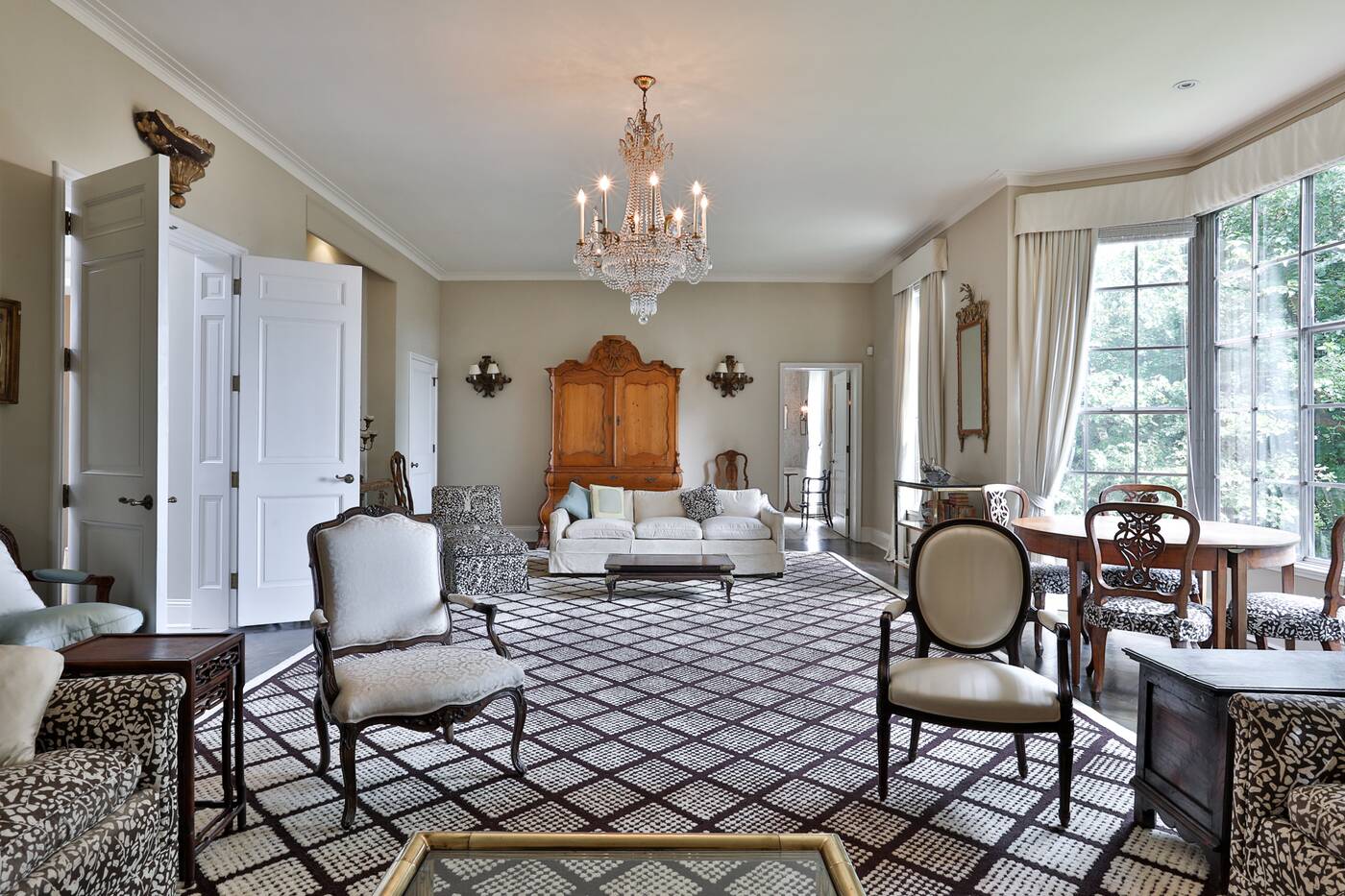