From the outside, a waterfront mansion near Kawartha Lakes looks like a dream property but the inside looks like a whole other world. 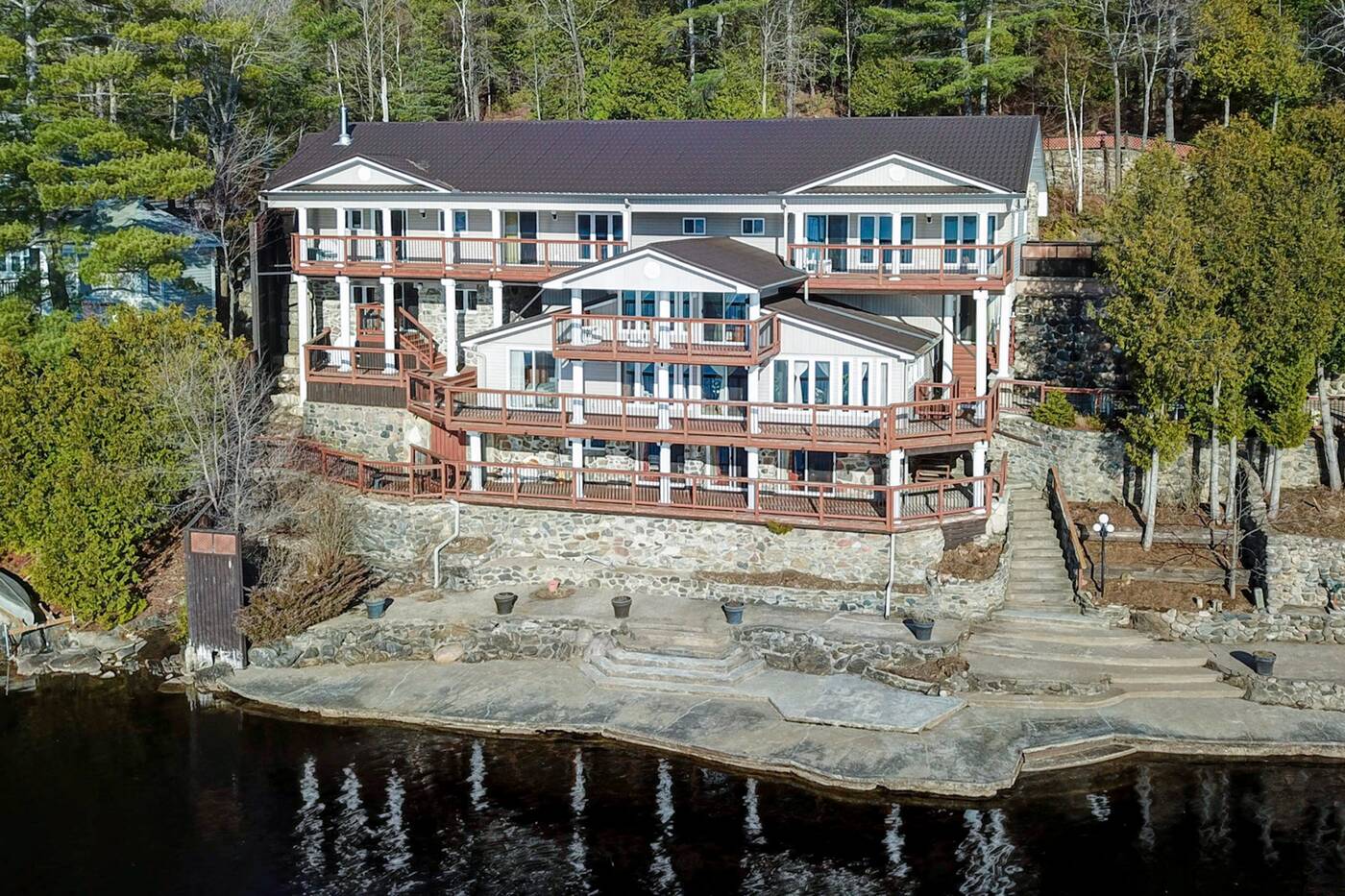 The home at 461 The Ridge Road in Coe Hill is described as a waterfront compound.

The "waterfront compound" at 461 The Ridge Road in Coe Hill is listed for nearly $2 million and is "truly one of a kind," according to the listing on Realtor. 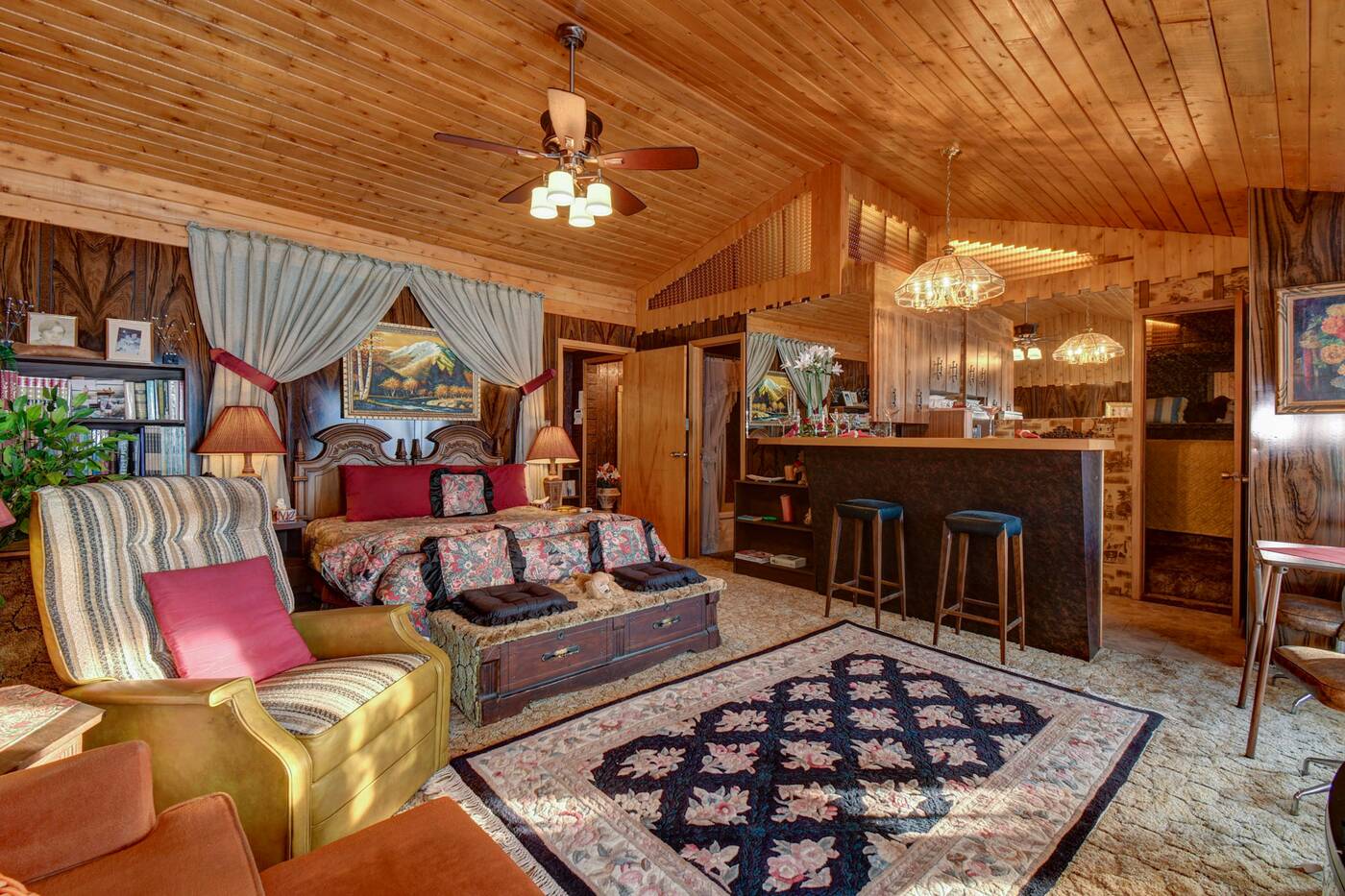 Inside there are seven different separate suites — some combine kitchen, living room and bedroom in one space.

This the first time in 50 years the home has been for sale, according to The Weir Team. And by the looks of it, the décor has remained the same for most of that time. 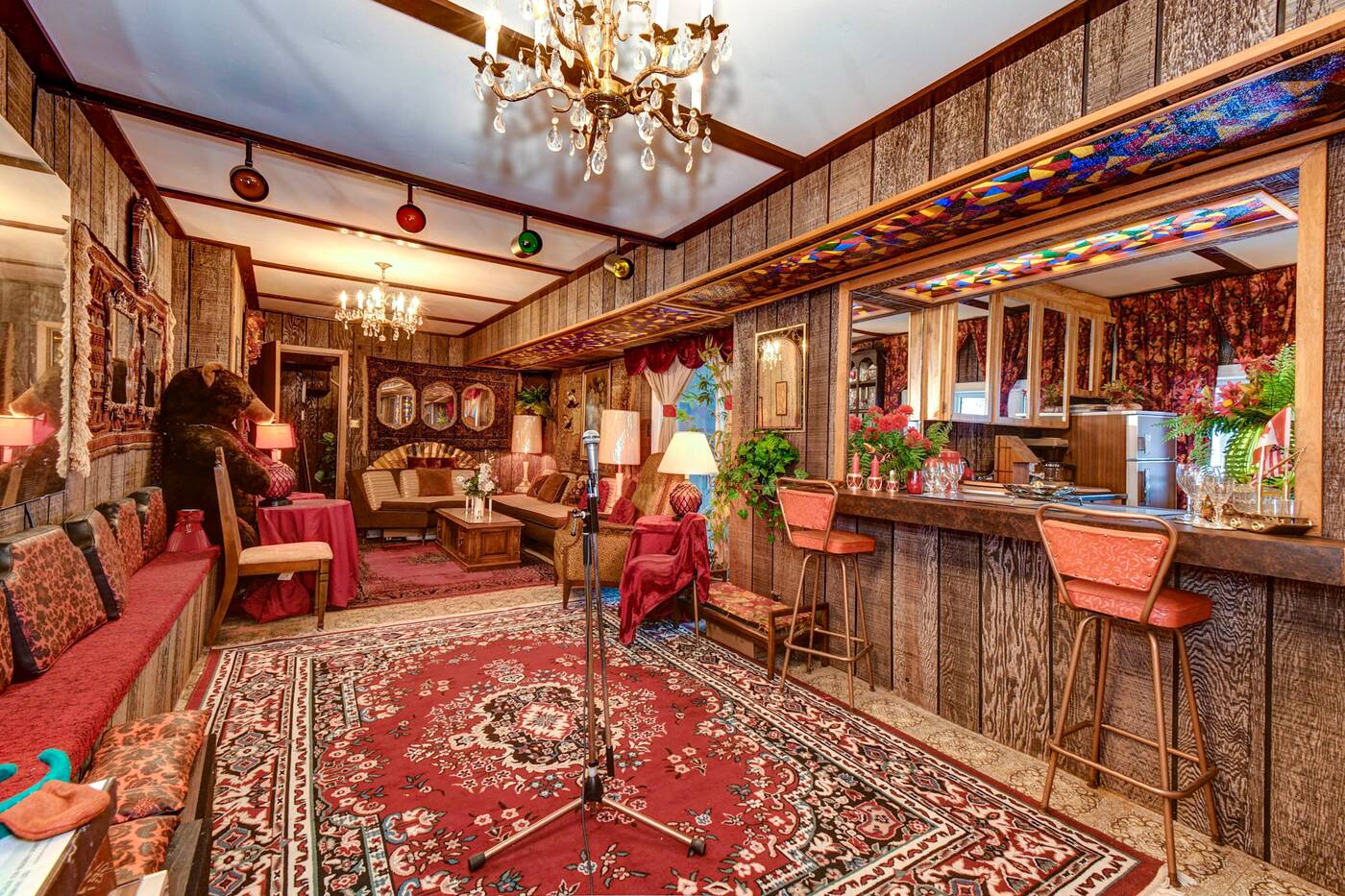 By the looks of the microphone and bar this could be a karaoke area. 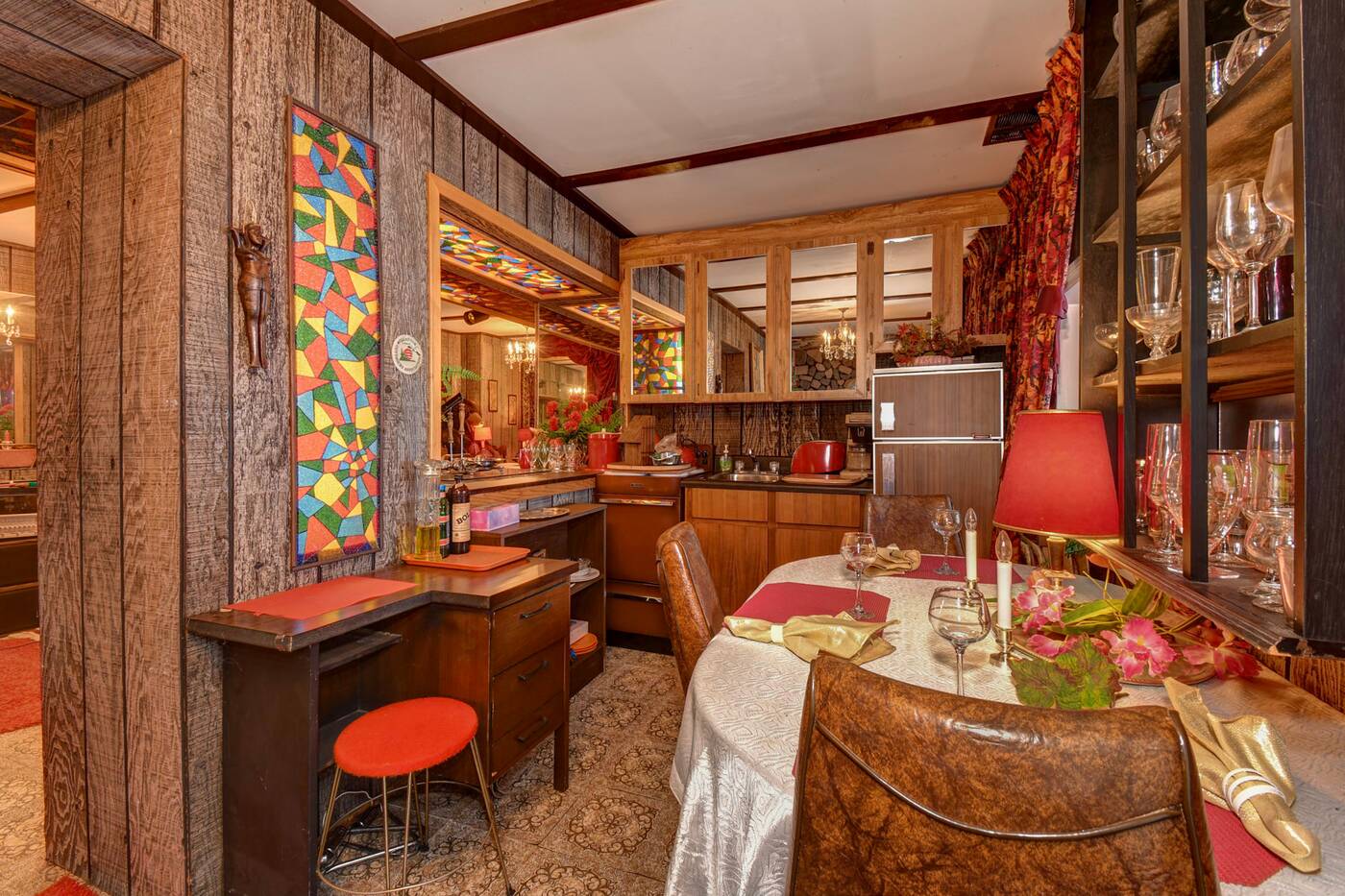 This appears to be a kitchen with a wood panel refrigerator.

The units are spread out over four levels all with direct access to waterfront balconies. 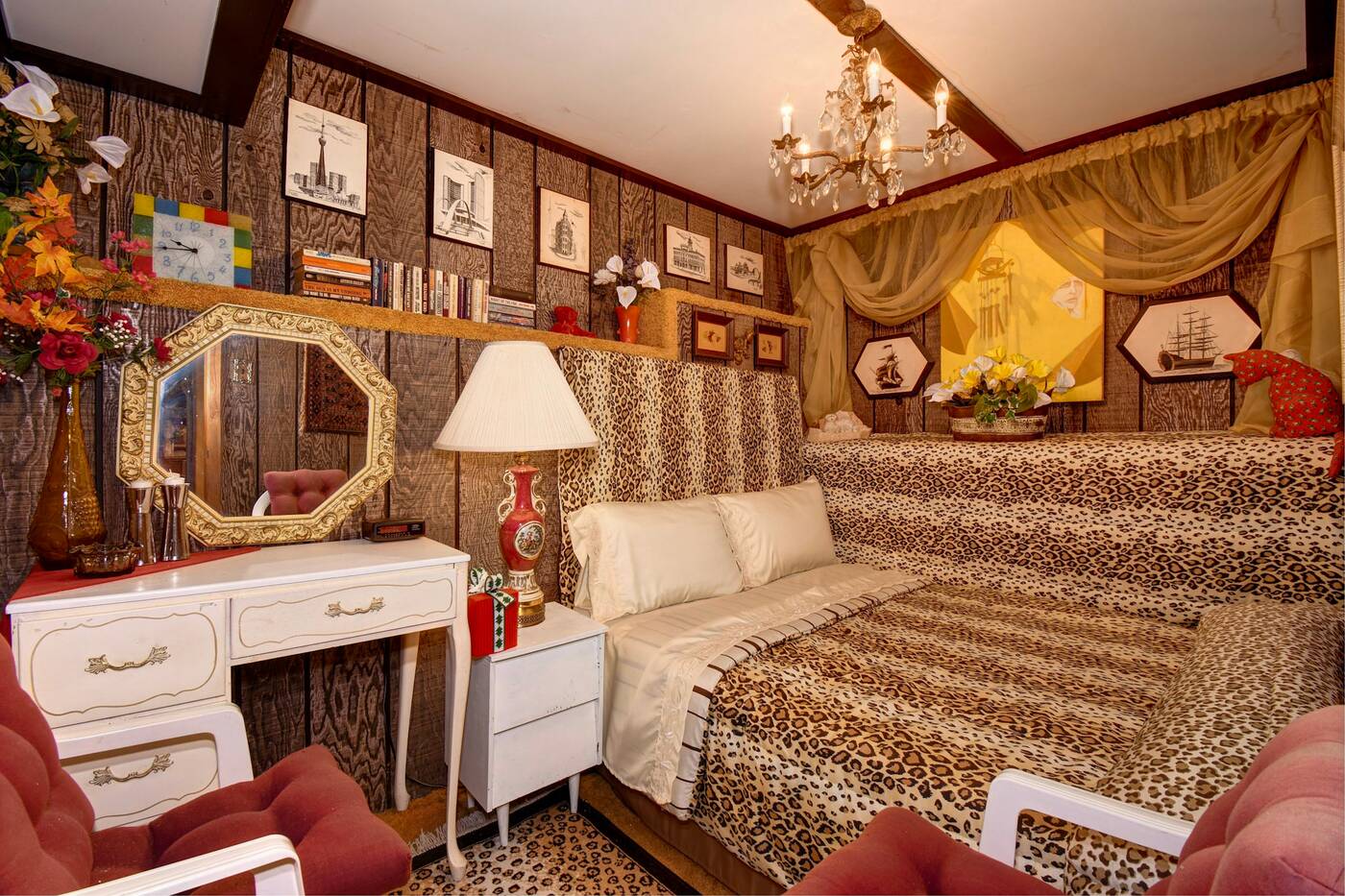 The owner seems to have eclectic taste with chandeliers and wood panelling along animal prints in some rooms.

"The decor is as unique as the design and pride of ownership is obvious," the listing states. 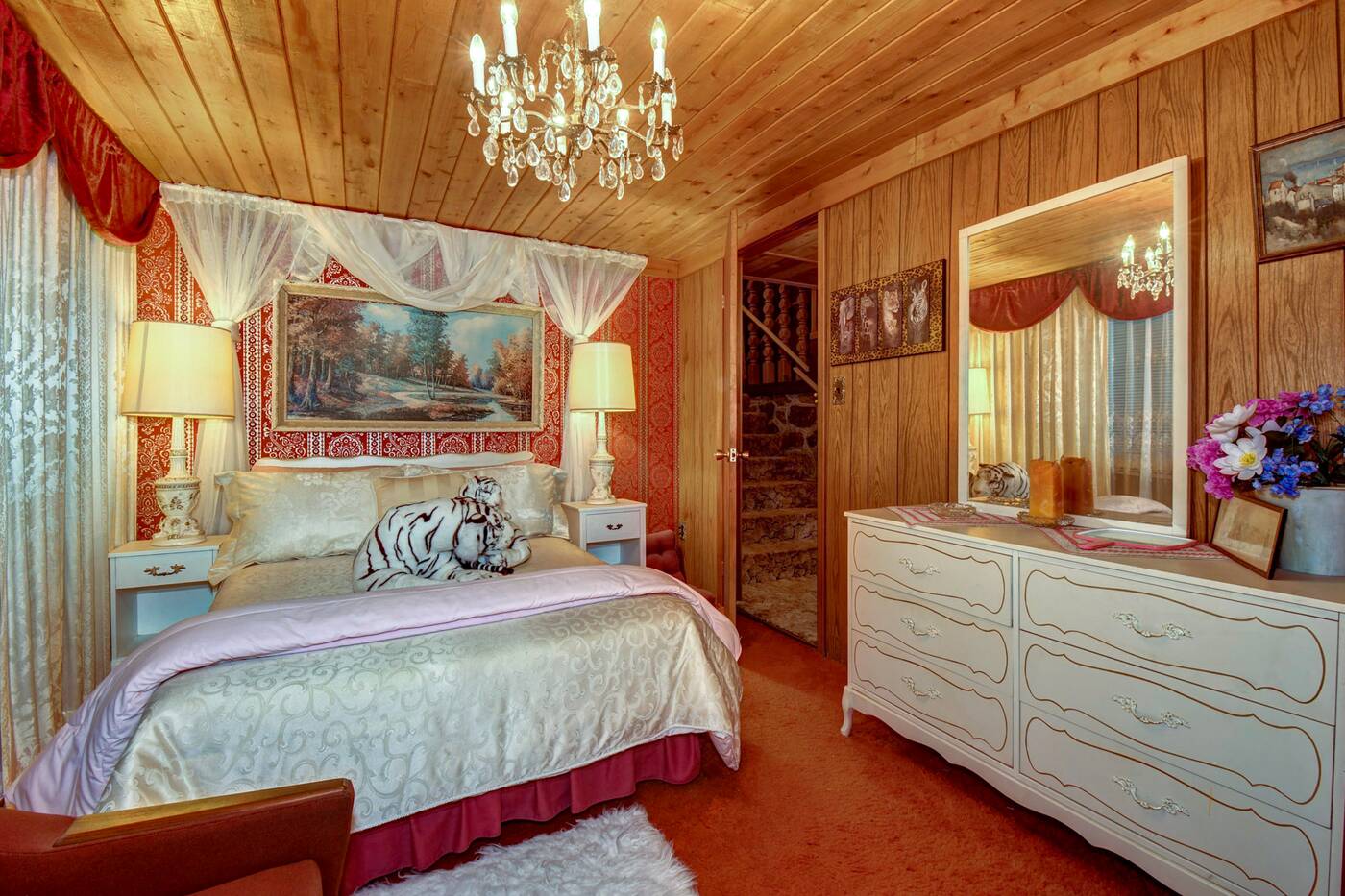 The red carpeting might not be to everyone's taste.

And despite its dated appearance, the home looks to be in excellent shape. 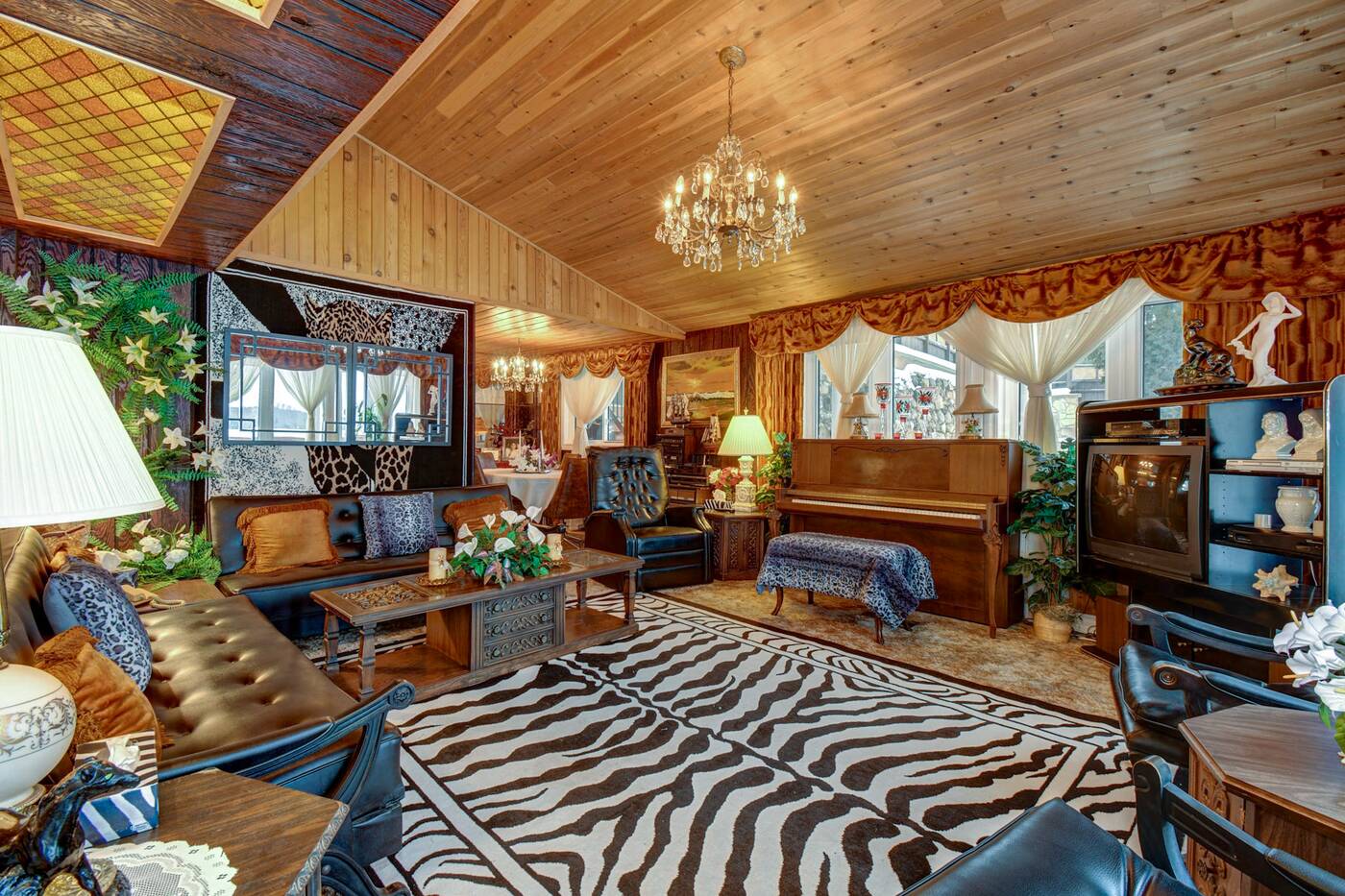 There appears to be large windows in many of the living areas.

There is 537 feet of premium shoreline with multi-level concrete patios running the entire length. 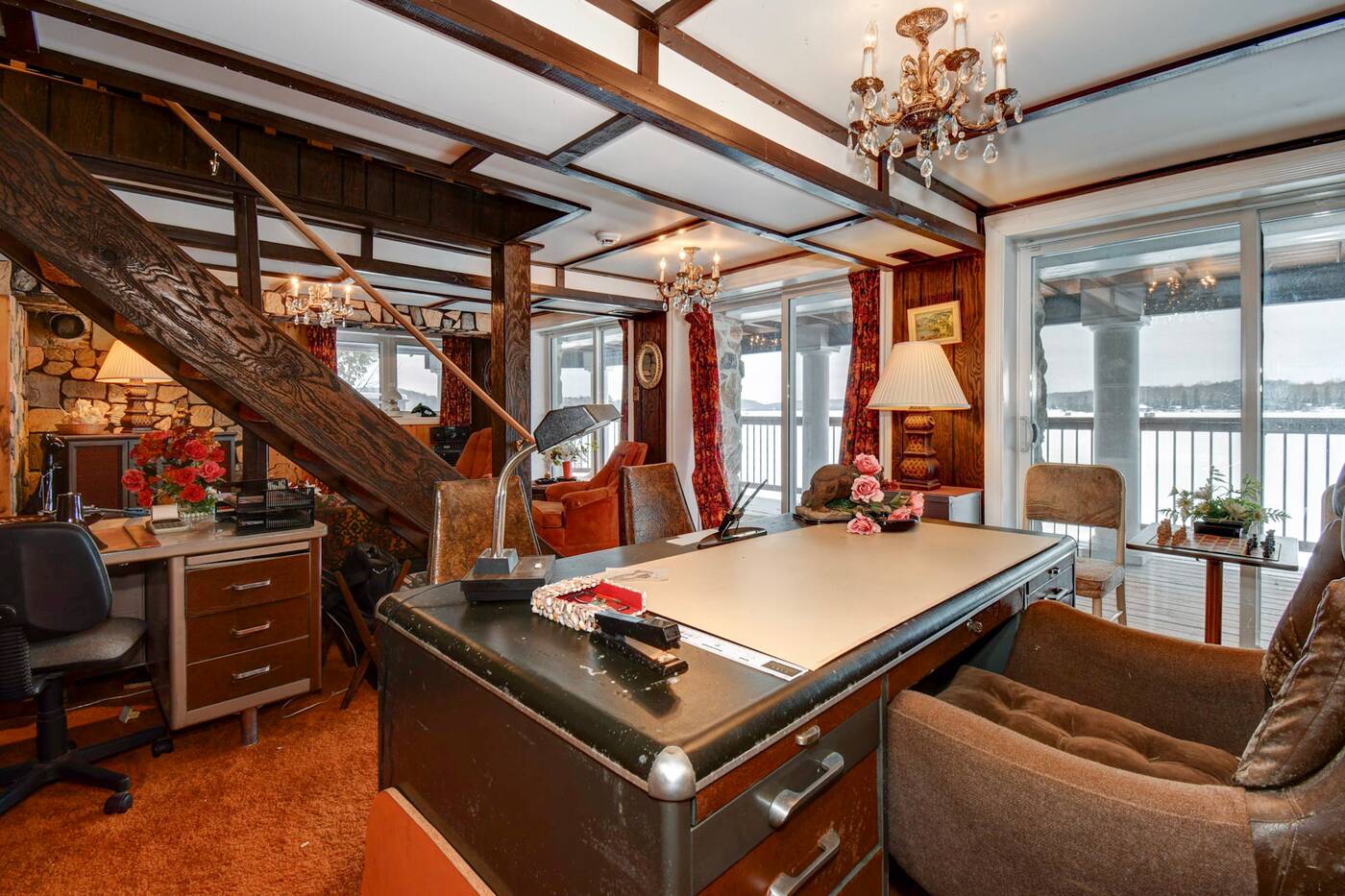 There is even room for a home office for those working remotely.

The double slip boat house has a 1,000 square foot open loft area above with a full size kitchen. 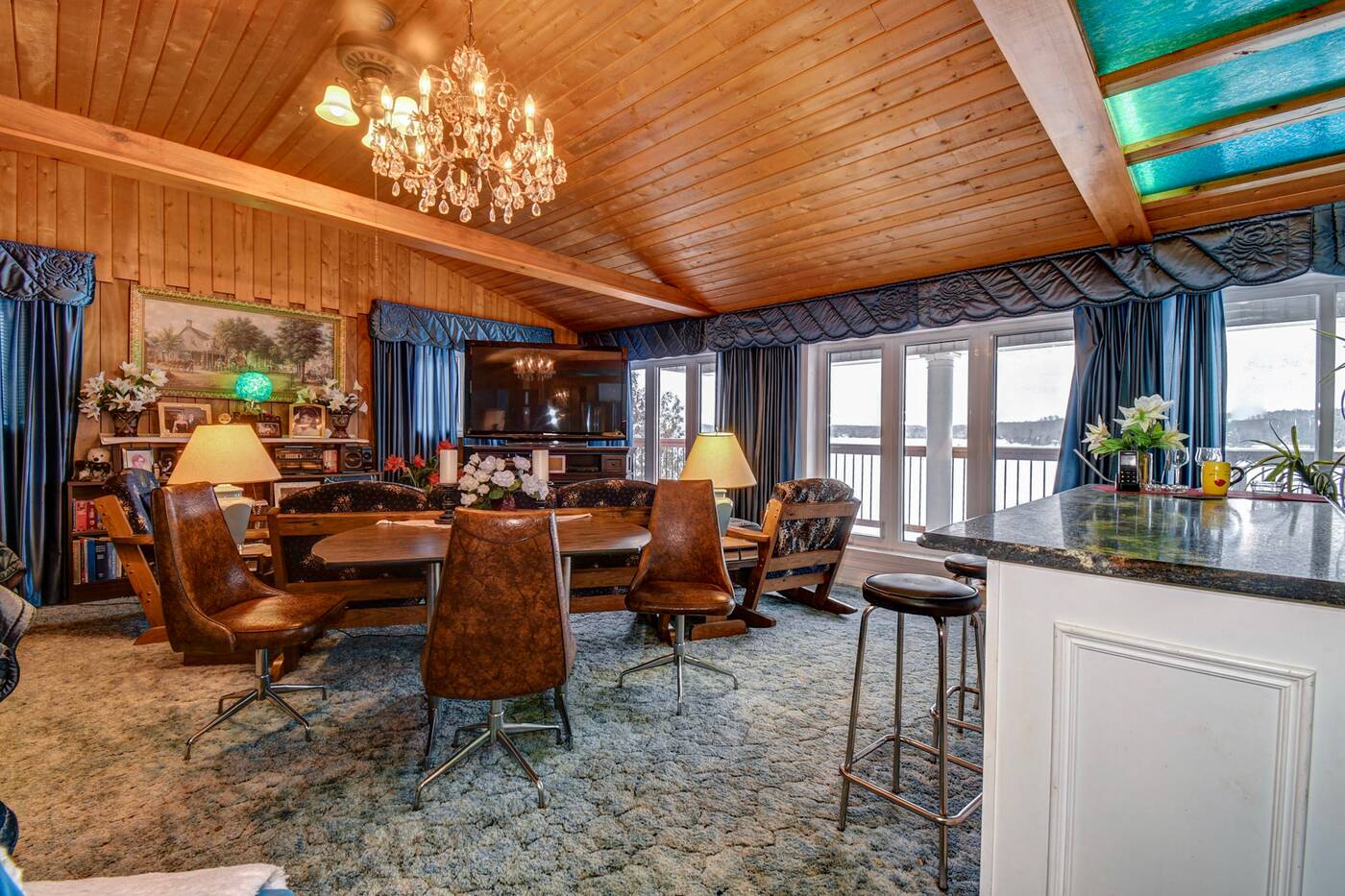 There are large eating areas next to bay windows.

There is also a self-contained two bedroom guest cottage directly at the water's edge. 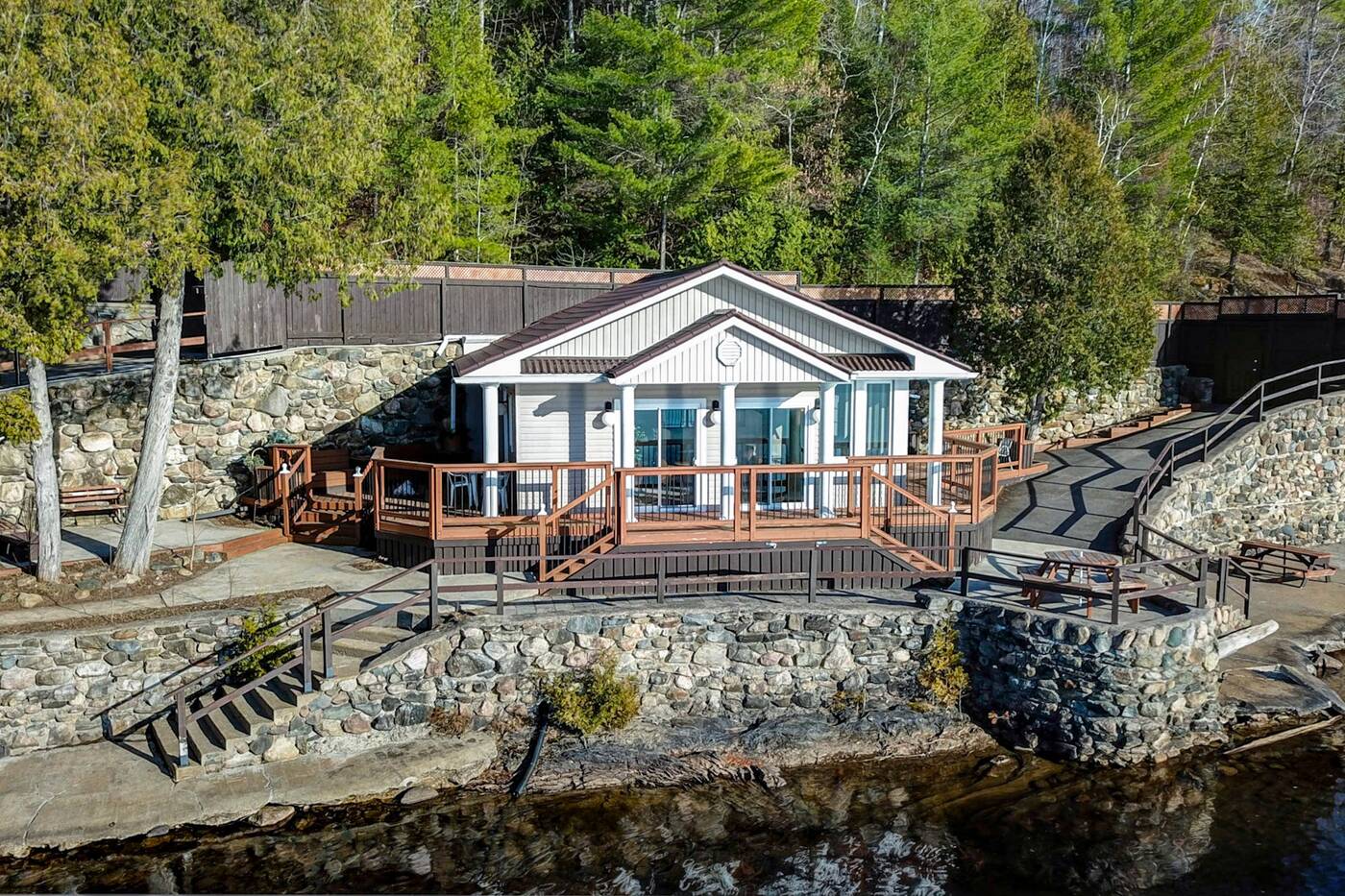 There is even a guest cottage right on the water.

For those wanting a closer look at the property, there is a virtual tour here.

via The Weir Team