After a brief dip in prices and sales volumes that meant some pretty decent bargains for buyers, Toronto's condo market is booming again, catching up with other types of real estate that have seen record numbers despite the state of the world right now.

Though the GTA has its share of exorbitantly pricey and somewhat more affordable locales, some may wonder which are the most desirable among those looking to own a home.

When it comes to condos in particular, T.O. condo website Strata has analyzed what buildings people are eyeing in the GTA right now, and compiled a new list of the ones most-searched by those looking to get into the market.

All of the top 10 save for one, unsurprisingly, are in Toronto, but are interestingly scattered across various neighbourhoods in the city. And, two of the ten are actually townhouse complexes that are divvied up into separate units and run as condo corporations. 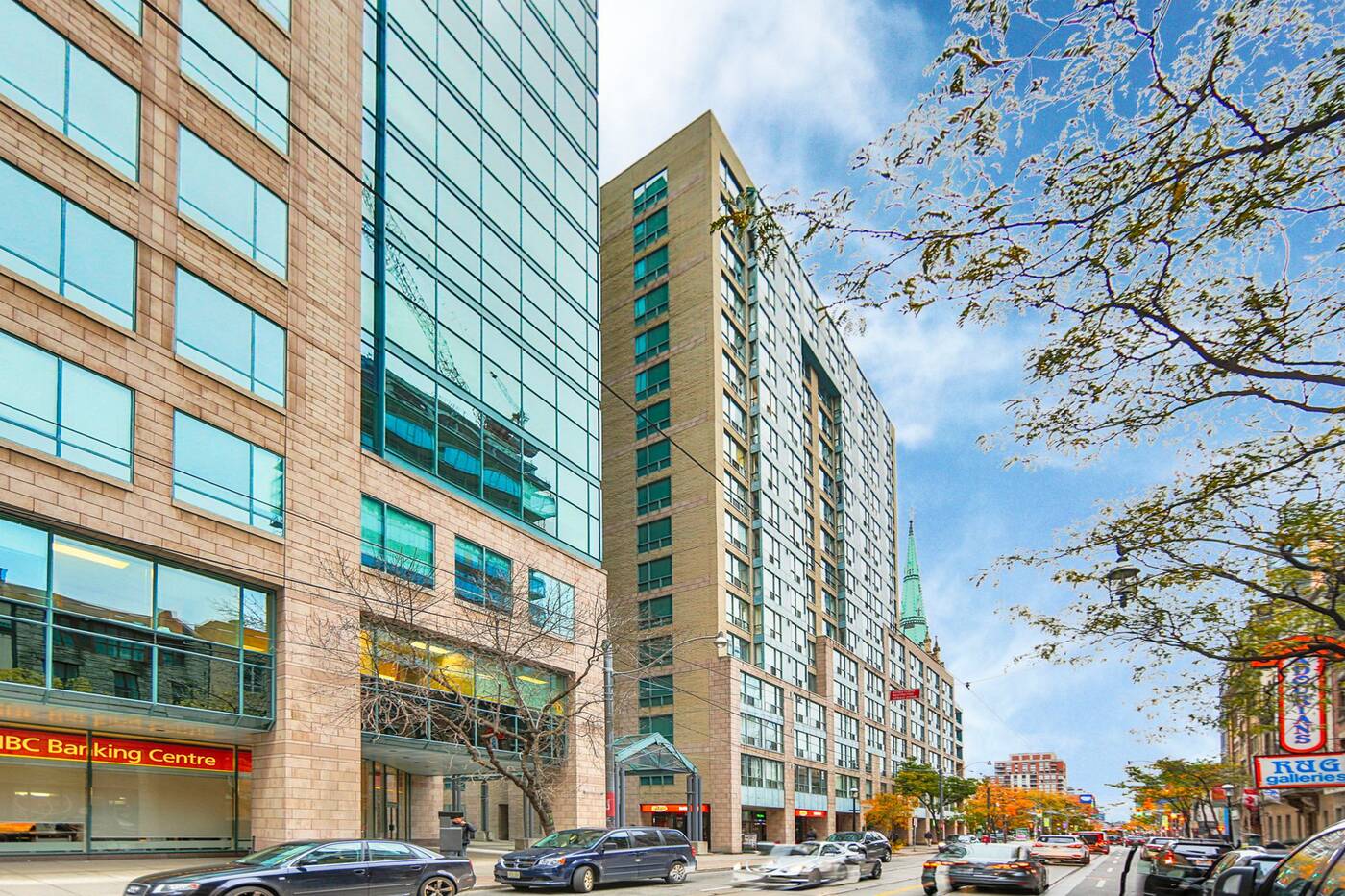 This 30-year-old, 17-storey building at King and Church may not seem like the most obvious choice, but could be popular due to the fact that condos are all generously sized at a minimum of 668 square feet (as opposed to the stereotypical shoe box units in newer builds), and have gone for a not-too-ridiculous $738 per square feet, on average, in the last year.

The complex is also close to a ton of downtown attractions including the Distillery District and St. Lawrence Market, and has the standard amenities you would expect, like a gym, party room, concierge and rooftop terrace. 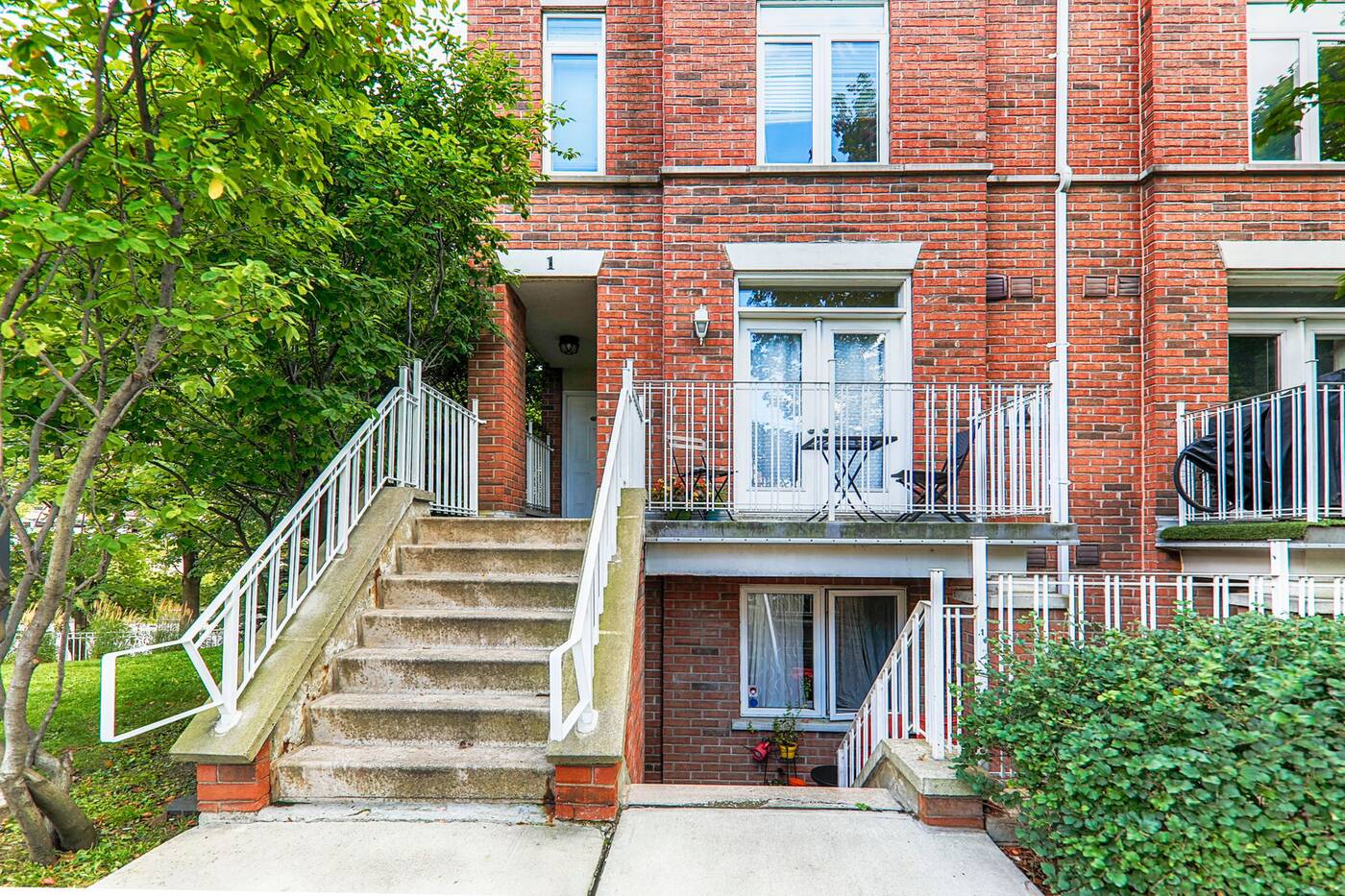 Not your typical condo, these units near King and Shaw are in high demand, perhaps because of the fact that they feel more like an actual house — which hardly any of us will ever be able to afford in Toronto — than a skyrise.

Another older build (completed in 1999), these units are listed as in high demand by Strata, with only 180 in total.

As with the previous building, there are micro-condos here, with homes starting at 625 square feet. But, prices aren't exactly cheap, with the most recently sold unit being a two-bedroom, one-bathroom that went for $815,000. 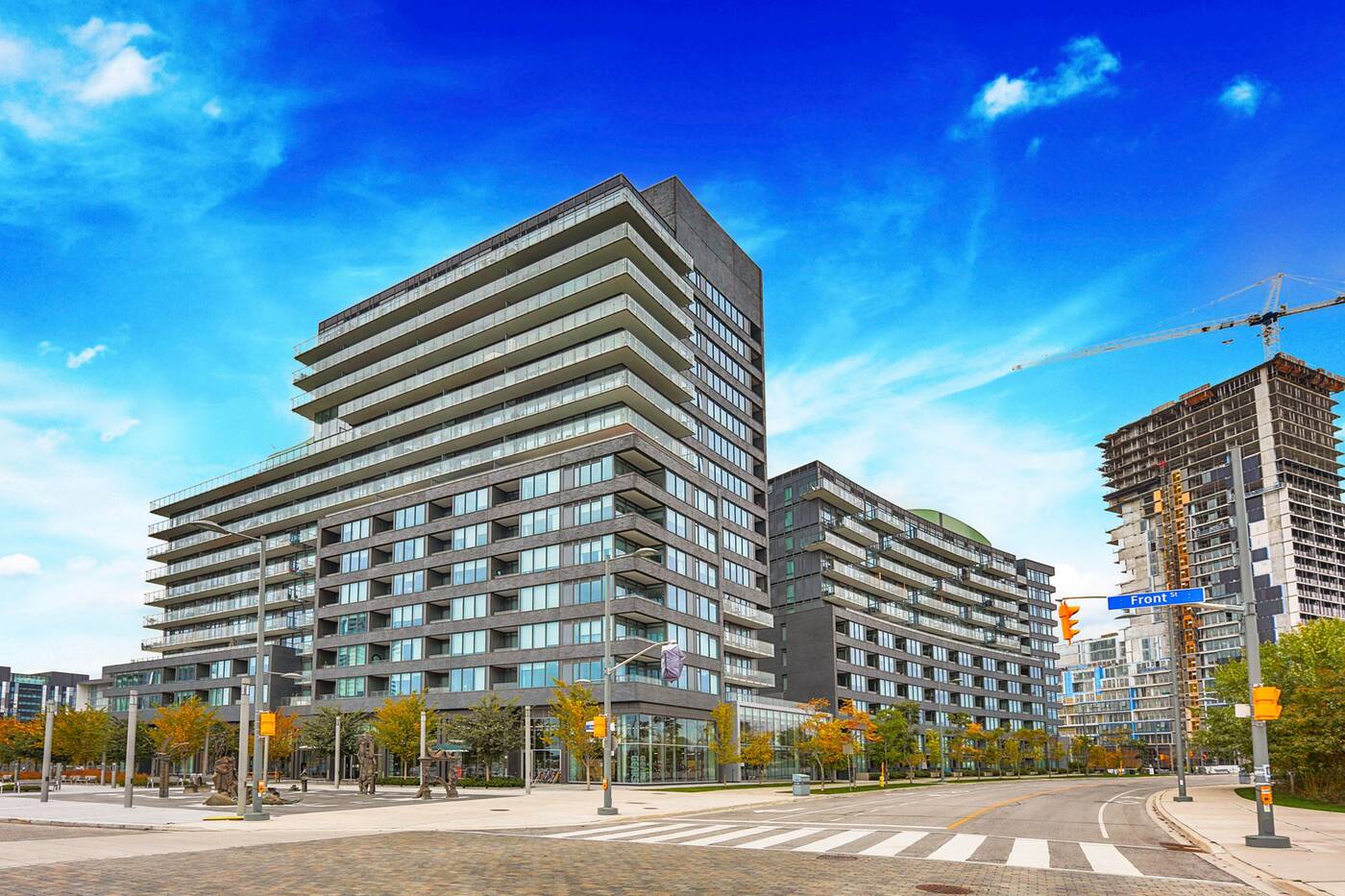 The up-and-coming Canary District is developing fast, with a lot of new and forthcoming buildings to choose from, including this new complex. 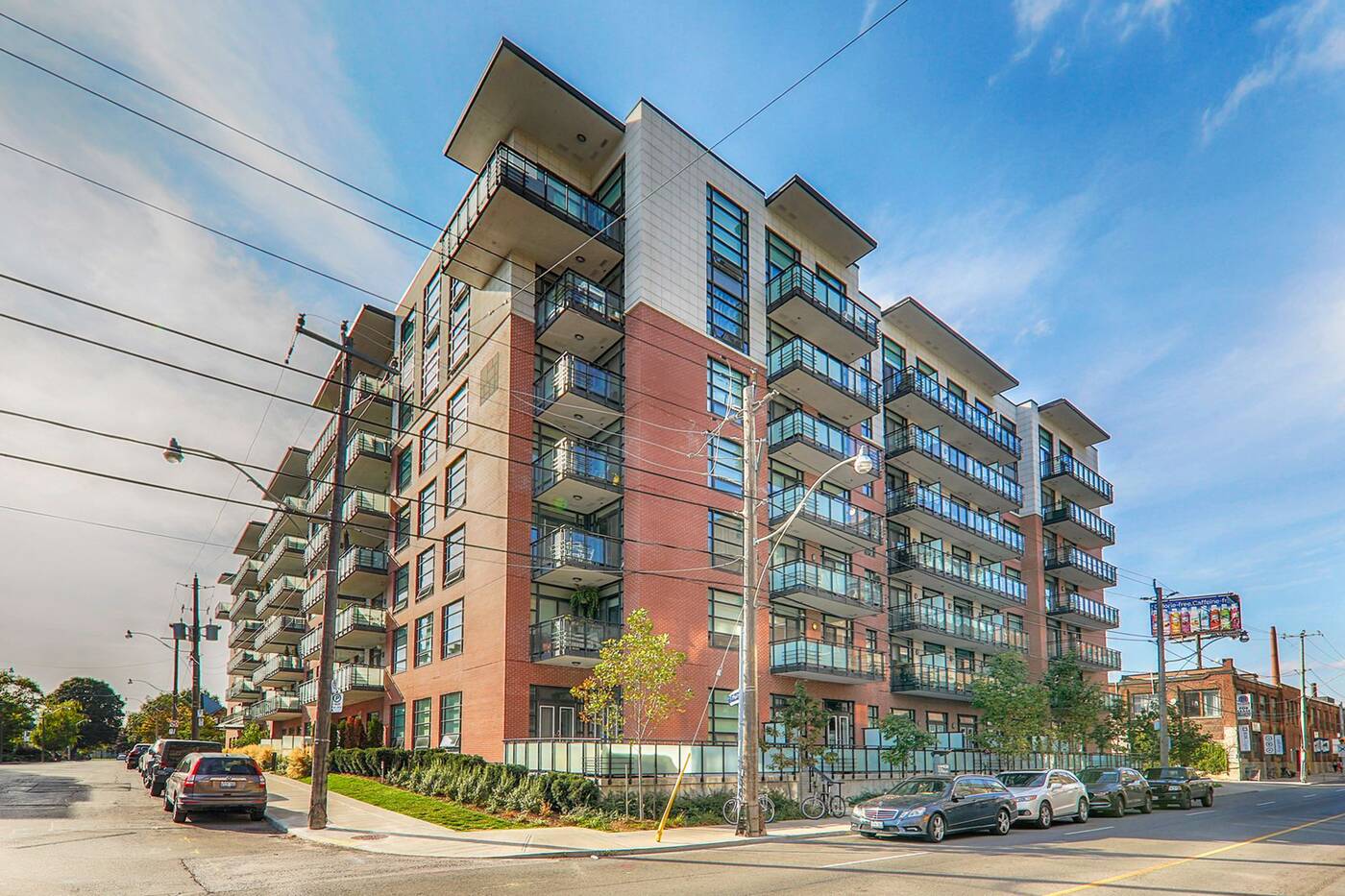 With their high ceilings, open concepts, and exposed brick, loft apartments are always in demand, like those in this building tucked just north of Queen East and Carlaw in Leslieville. 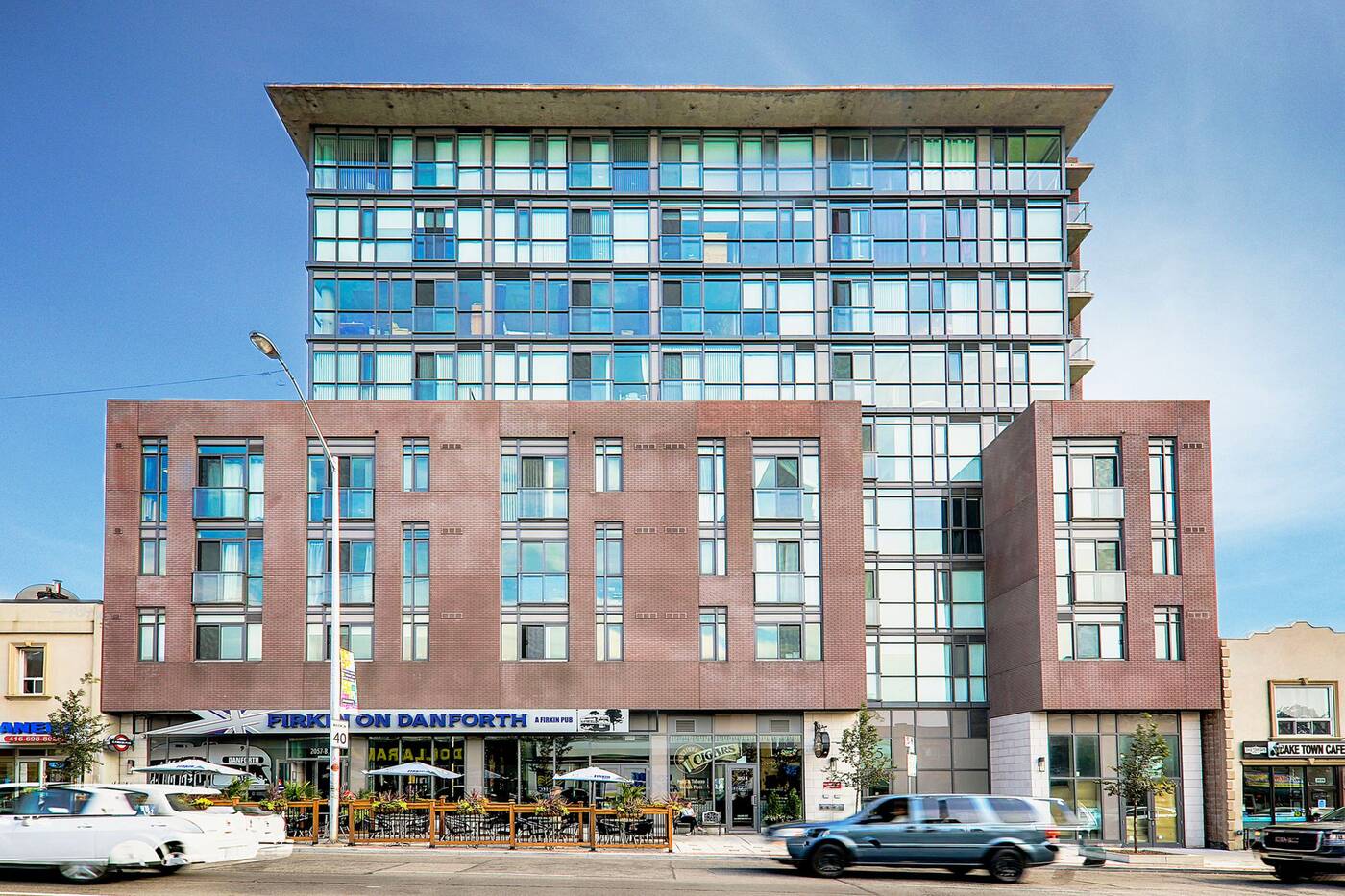 Right on the Danforth near Woodbine, these in-demand units are more affordable than most comparable buildings at $873 per square foot, especially being a newer building.

Unfortunately, nothing in the building is up for sale at the moment, and with condo prices going up, who knows what pricing will look like when one pops up again. 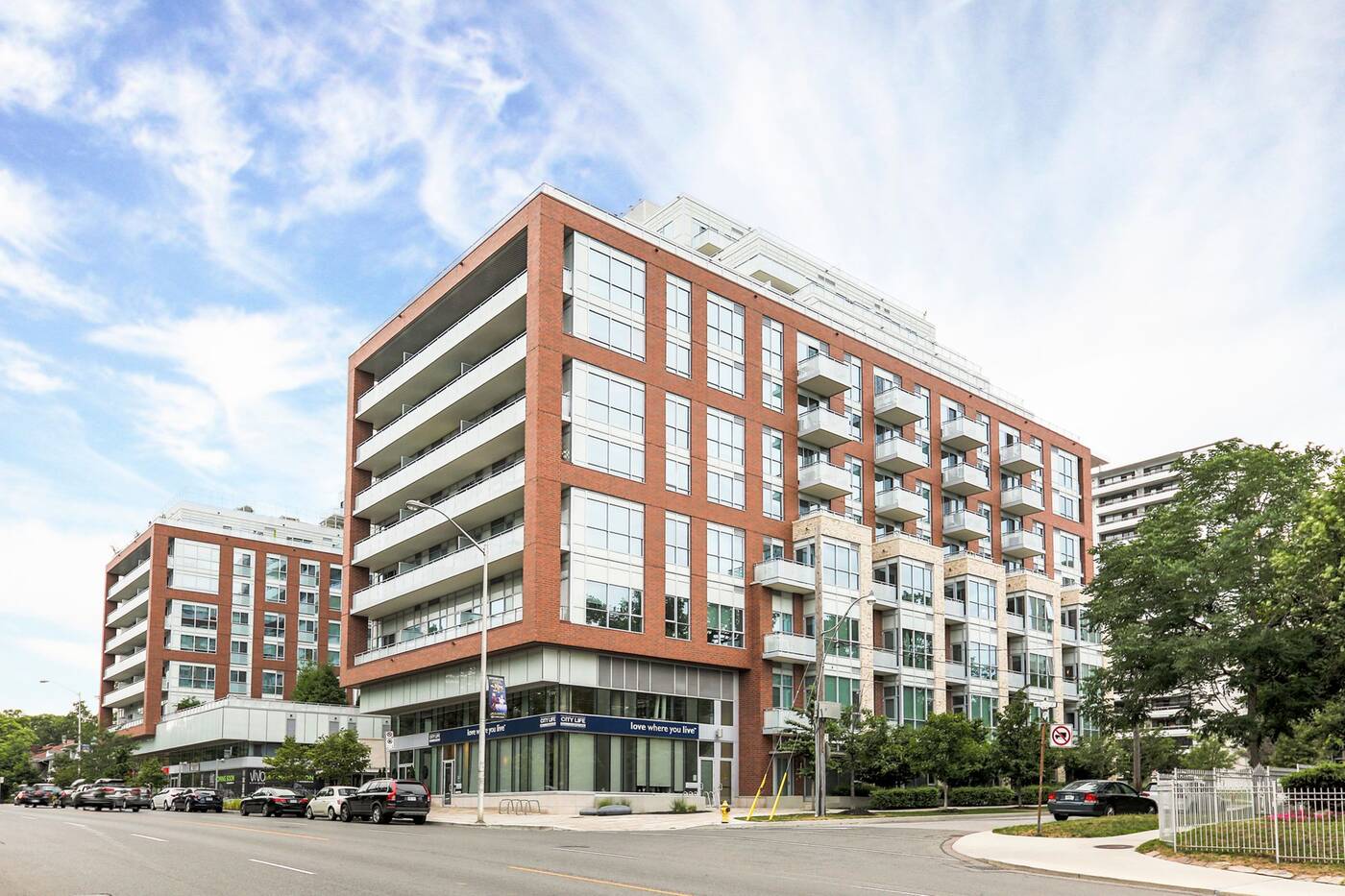 Overlooking the city's largest park, there are currently four condos up for grabs in this much-searched building near Bloor and Parkside — sadly, two of them are over the million dollar mark, though.

But, the remaining two are one-bedrooms in the $600s — typical for the market, though the high demand may mean they get bid up. 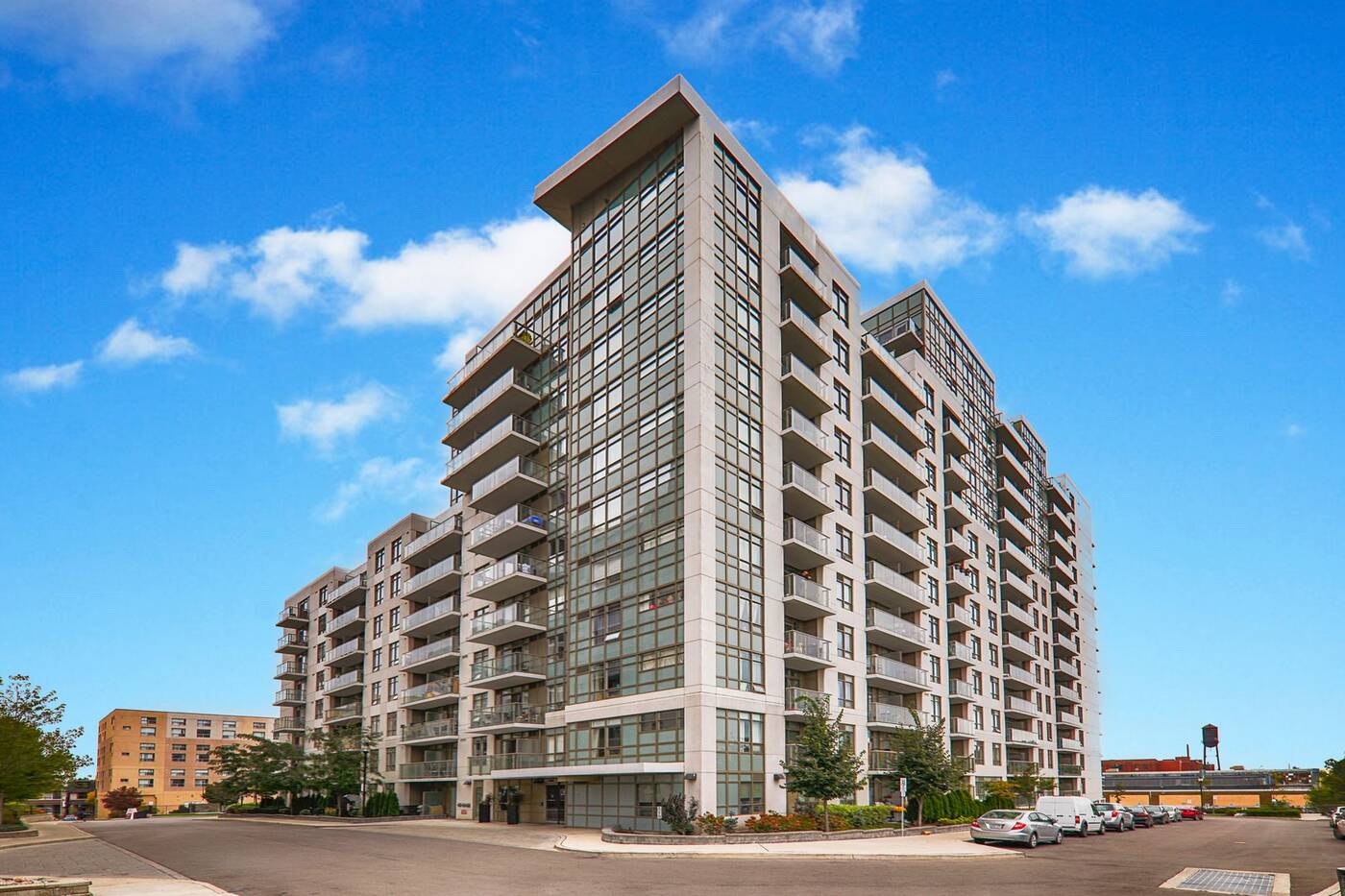 There's no indication as to why Upside Down Condos II is more intriguing to would-be home owners more than Upside Down Condos I, but this building at Dupont and Landsdowne is in the ever-desirable Junction, with prices averaging around $914 per square foot.

It's also another building with no units on the market at the moment, though a ton of people are keeping their eyes peeled. 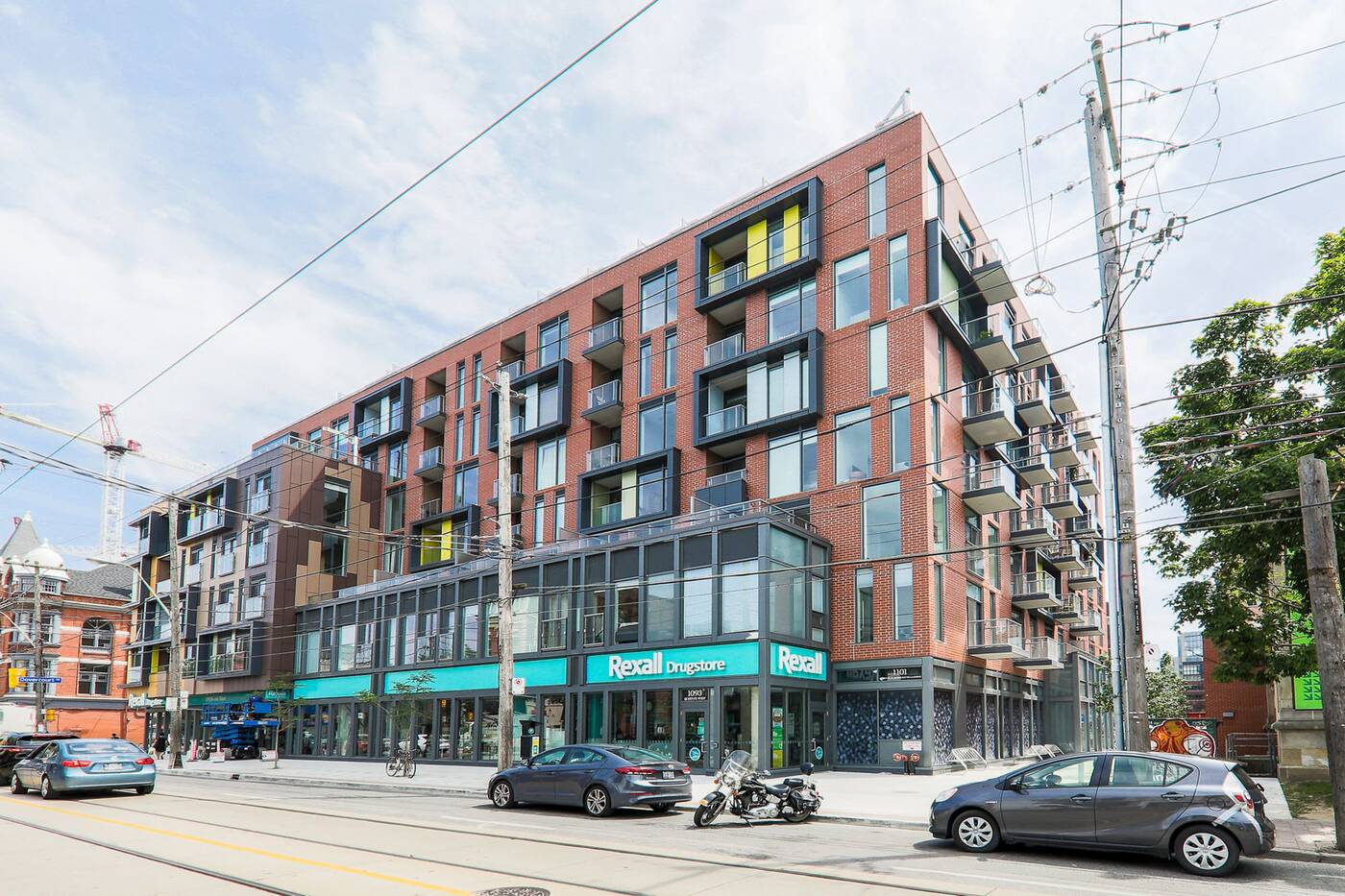 It's easy to understand why these virtually brand new units above a Rexall on West Queen West are in demand, with an amazing walk and transit score, tons to do in the trendy area, and only 134 units in the boutique building.

Some of the homes are quite small at just 460 square feet, but there's a slightly larger one-bedroom currently on the market for $599,000 — not the worst deal for downtown Toronto currently, all things considered. 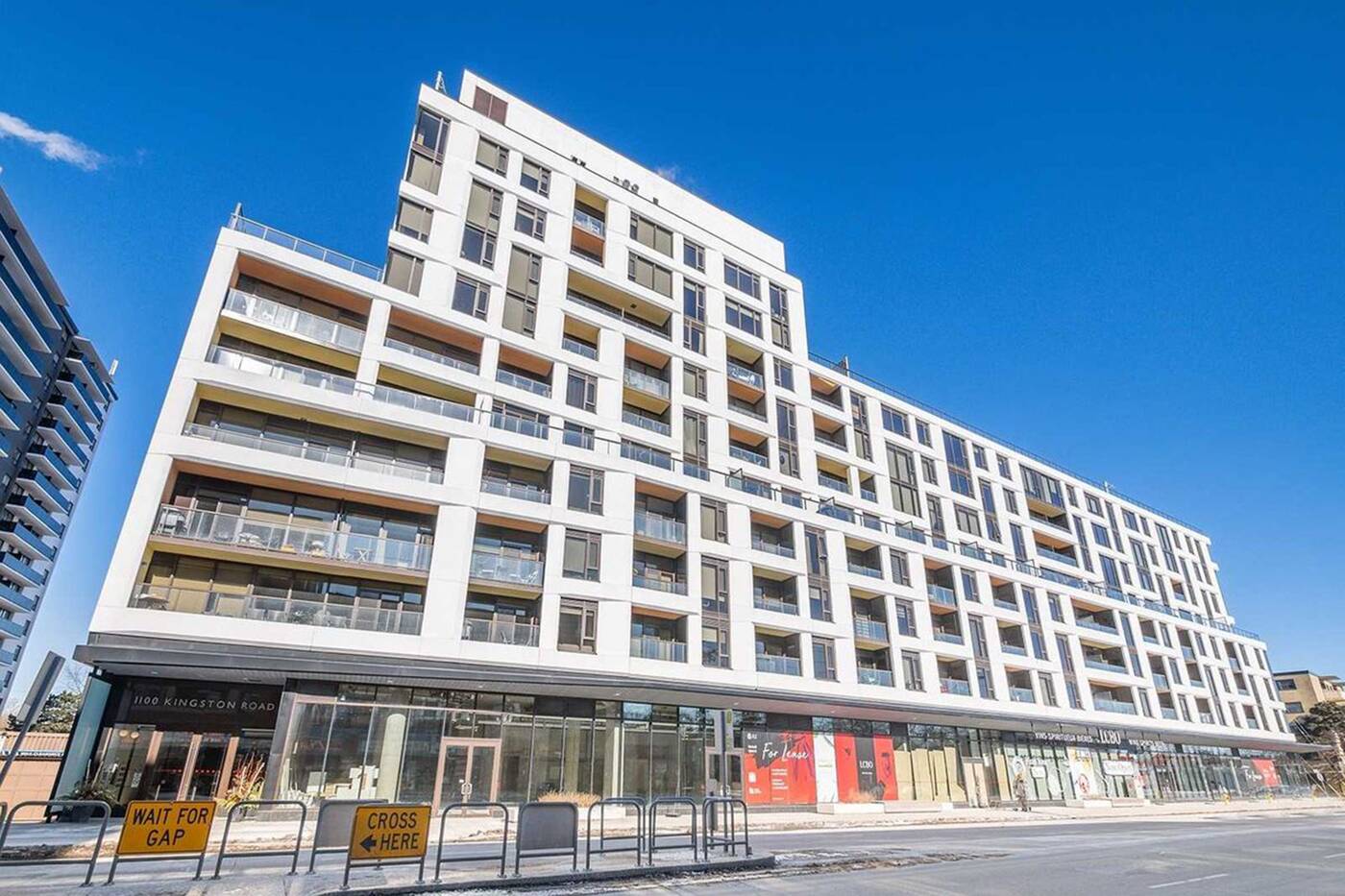 This is another snazzy new building that has less than 200 units, but this time, way east of the downtown core, in Scarborough near Kingston and Victoria Park.

But just because it's not right downtown doesn't mean that buyers aren't interested in these condos, most of which are larger than average at over 800 square feet and have bougier finishes than most.

A one-bedroom, one-bath in the building is currently listed at an affordable $567,000, with two two-bedroom/two baths for sale in the $700s. 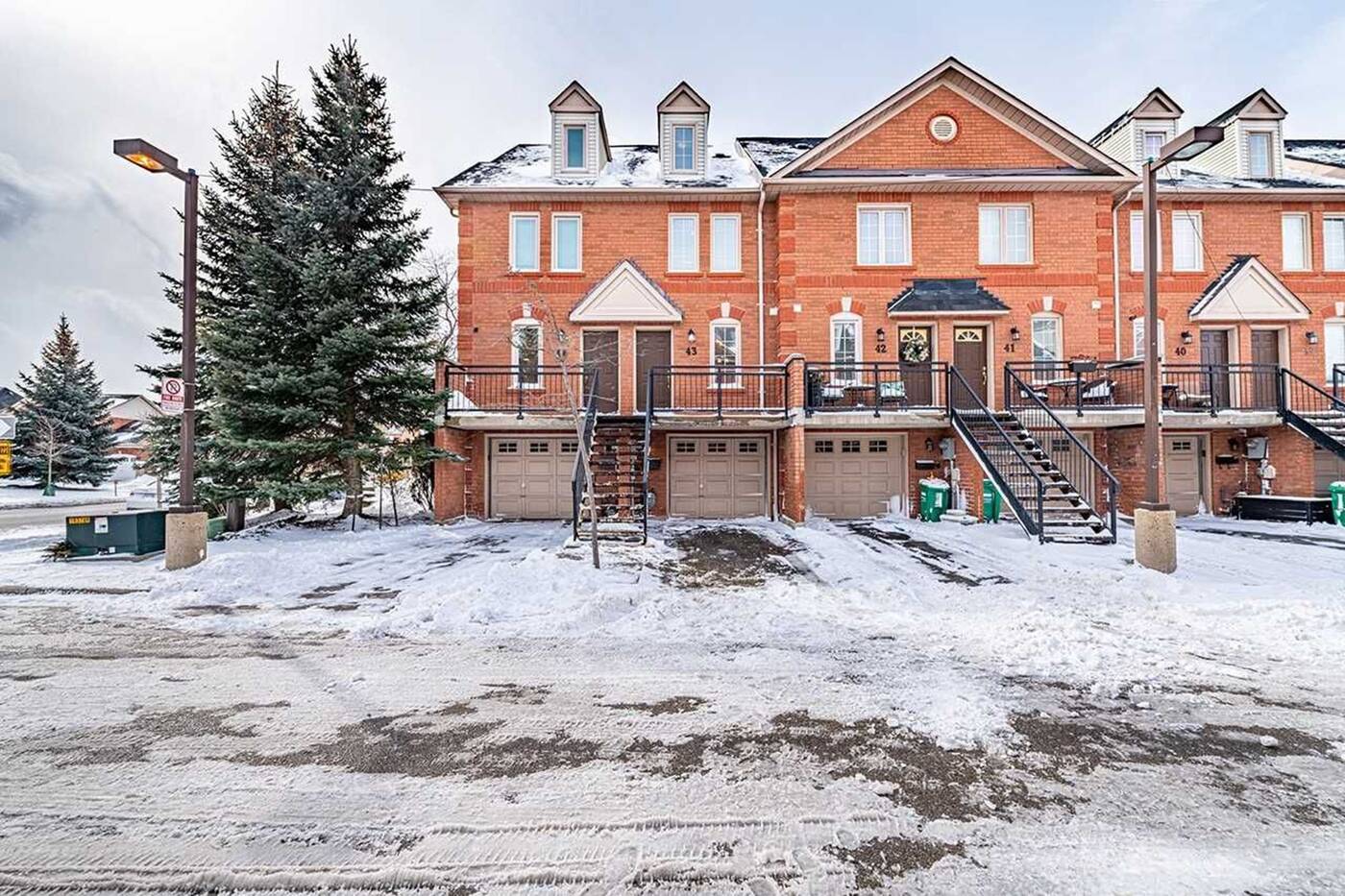 Another condo complex that doesn't feel like a condo in the traditional sense, living here would come along with individual garages, front doors, and units spanning multiple floors.

Strata lists the units here as "essentially attached houses that sell in the mid-$700s in a great area," which sounds fantastic for anyone looking for a house who can't afford Toronto's average price of nearly $1 million (over $1.5 million for a detached home) and is willing to settle outside of the city proper.

Those interested will have to keep checking back until something comes up, though, as there aren't any listings for sale or rent at this address right now.