Two drafty, old Toronto homes got a new lease on life with a modern transformation into apartments powered only with electricity.

The homes in the Brockton Village area of Toronto, now called Eco Flats, are case studies in green energy from the Toronto firm Solares Architecture, said Tom Knezic, co-founder and principal at Solares.

Each property was transformed from a traditional family home into a three-unit building. 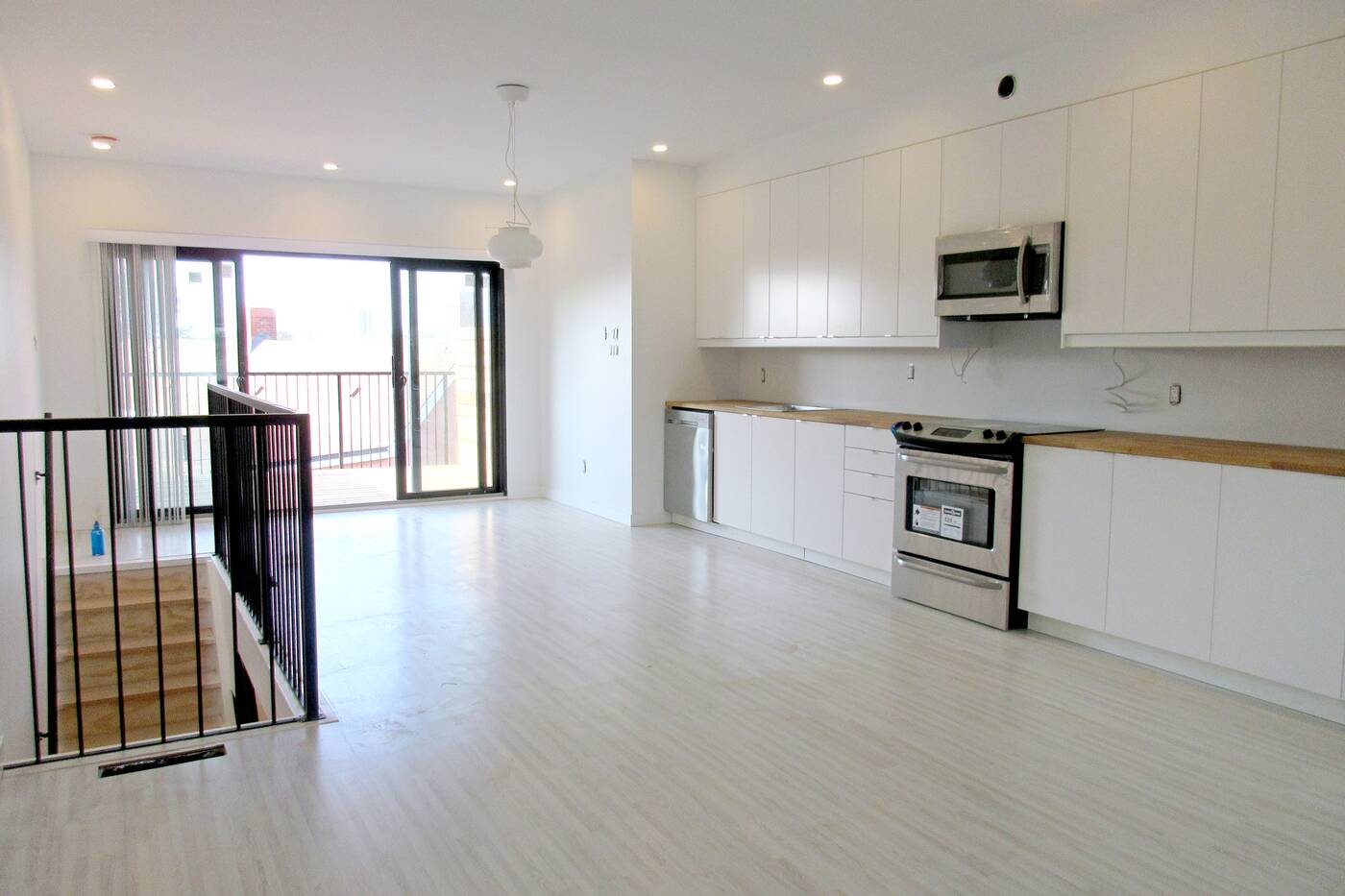 An Eco Flat inside the renovated 1920s row house.

Knezic and his partner Christine Lolley purchased the first home, a 1920s row house, in 2016 and spent about a year renovating it into a passive home.

Passive homes are sealed air-tight and well insulated so they don't lose as much energy as an average home.

The second home, which they bought in 2017, was built in the 1940s and went through the same transformation. 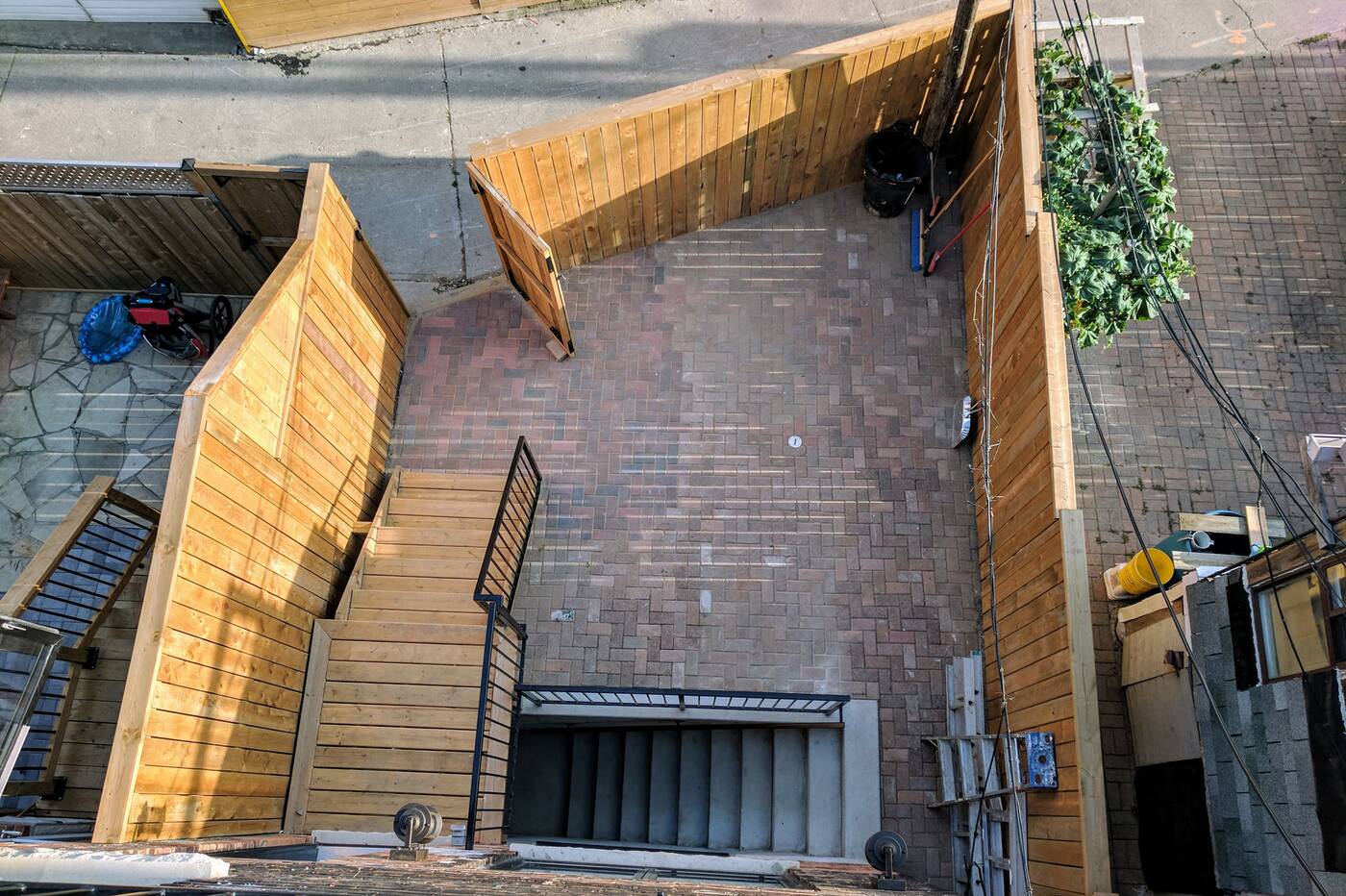 The basements in each home were transformed into walk-out units.

Each uses only electricity, making it, for the most part, a clean energy home. Sophisticated electric heat pumps don't have to work as hard because the home is well-sealed and insulated.

The changes result in a carbon reduction of about 96 per cent, said Knezic. 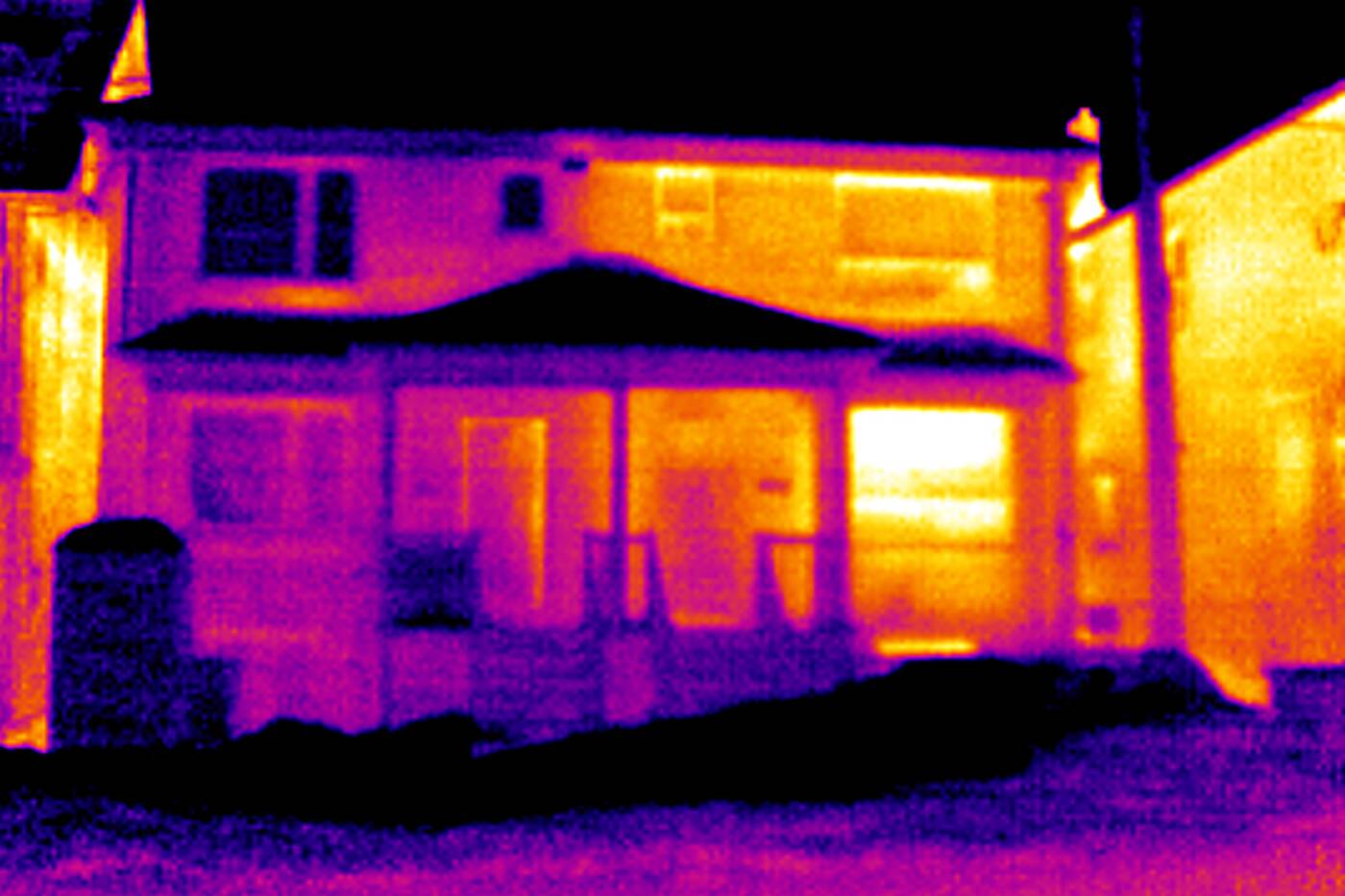 This heat loss photo shows how much heat the home on the right is losing compared to the newly sealed and insulated Eco Flats home, a 1940s build.

"It's like taking four-and-a-half Honda Civics off the road for a year," he said.

The transformation starts in the basement, digging down about three feet and adding height to the ceilings, followed by proper drainage, insulation and sealing the home.

The three units in each home got a modern look inside, but from the outside they look much the same. 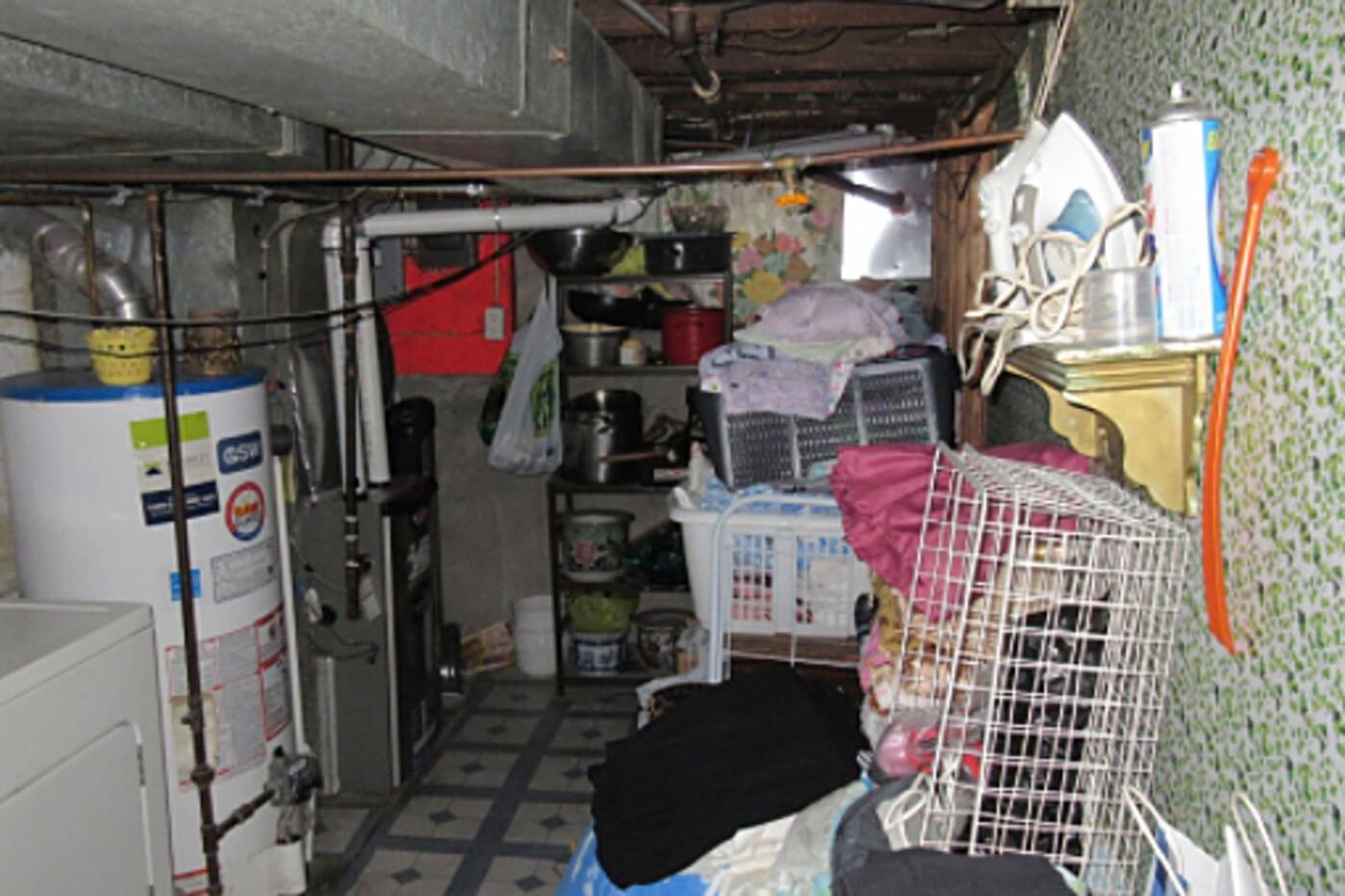 Previously the basements were used for storage and laundry, like many Toronto houses.

The basement is an extra apartment, and Knezic feels this is important in Toronto where the need for housing is great.

"I think the problem in Toronto is that there are so many basements that are underused," he said. 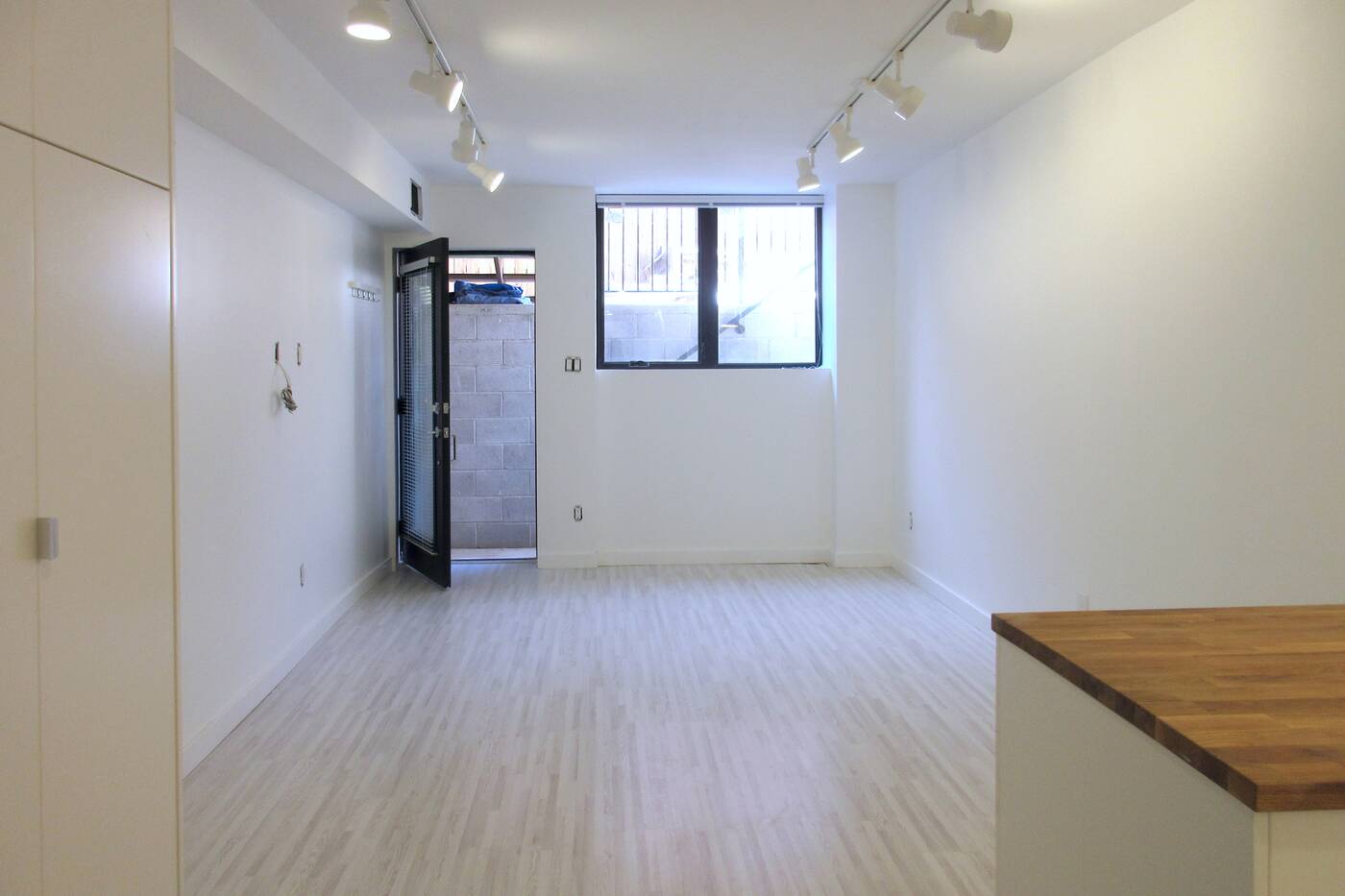 Now the basement is a bright Eco Flat unit.

The second eco-flats building has a grey water recycling system from Greyter to take water from the shower, sterilize it and then re-use it in the toilet. They are working on adding this system to the first building, too. 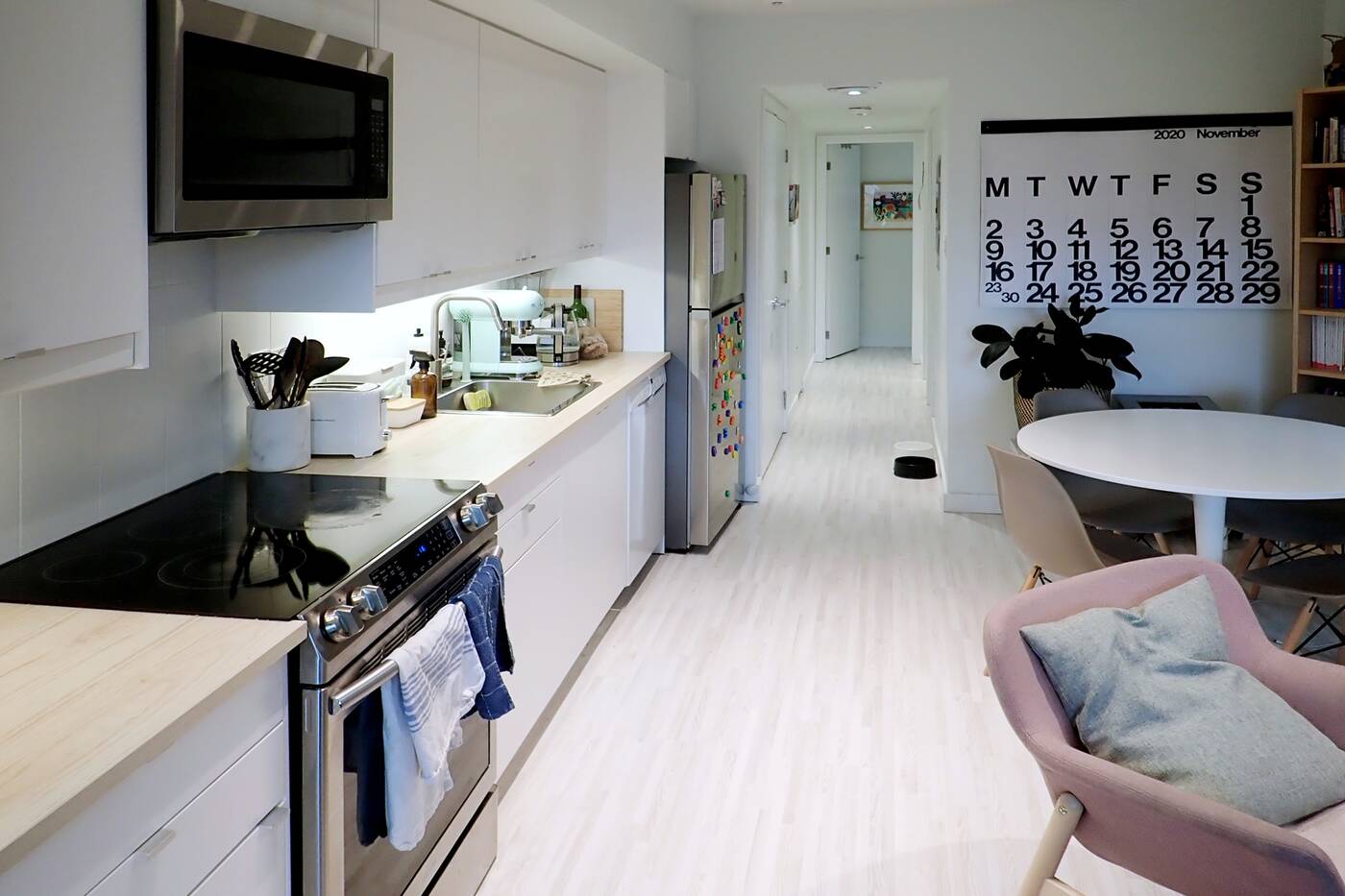 The apartments have a modern look.

The apartments are close to transit and in residential neighbours. They are the kind of housing Toronto needs, Knezic said. 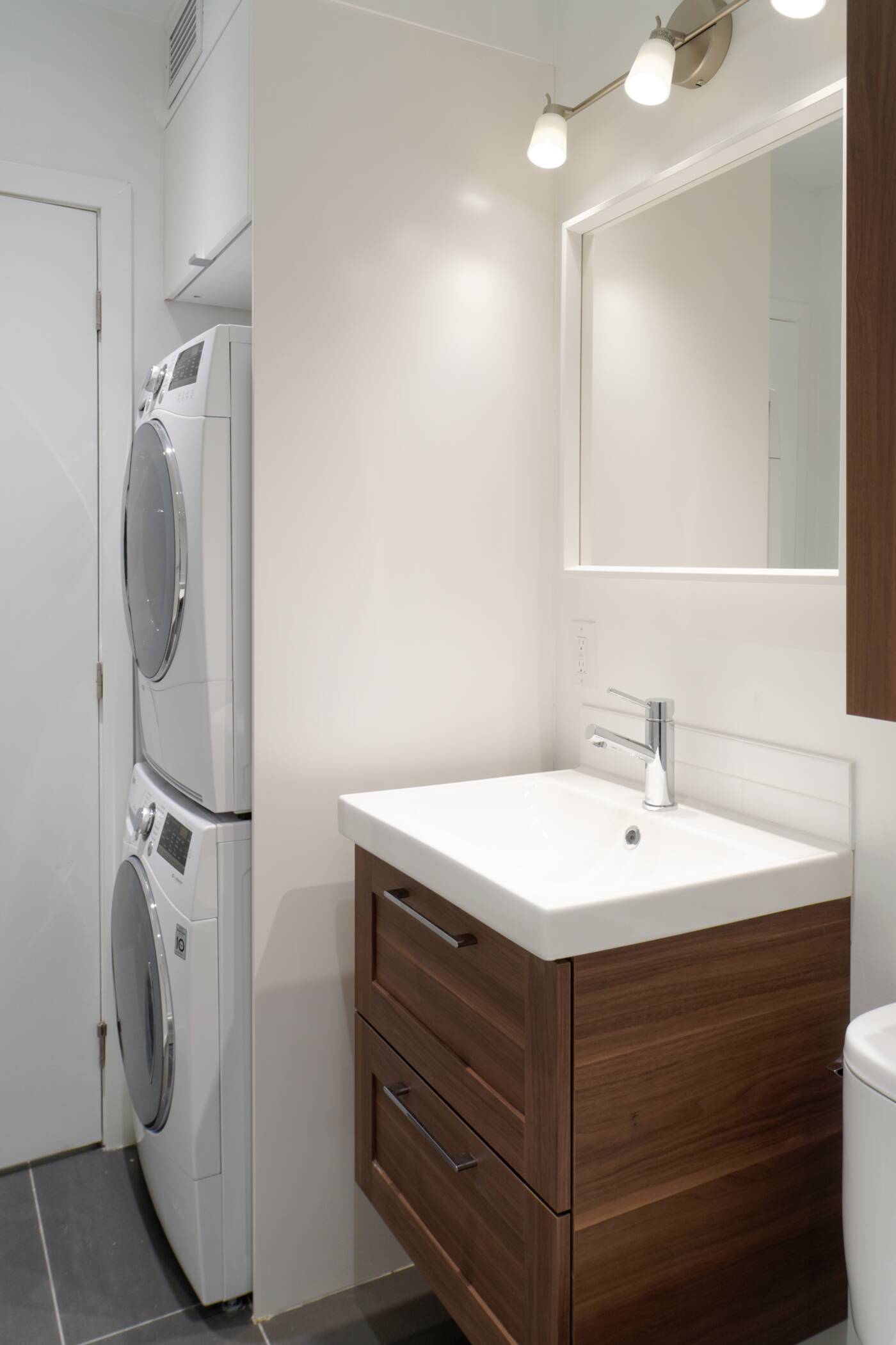 There are even stacked washers and dryers.

The rents are around market price and they have had no trouble finding tenants, he said.

"People are not renting them for their environmental sustainability but it's really nice, they like it," he said. 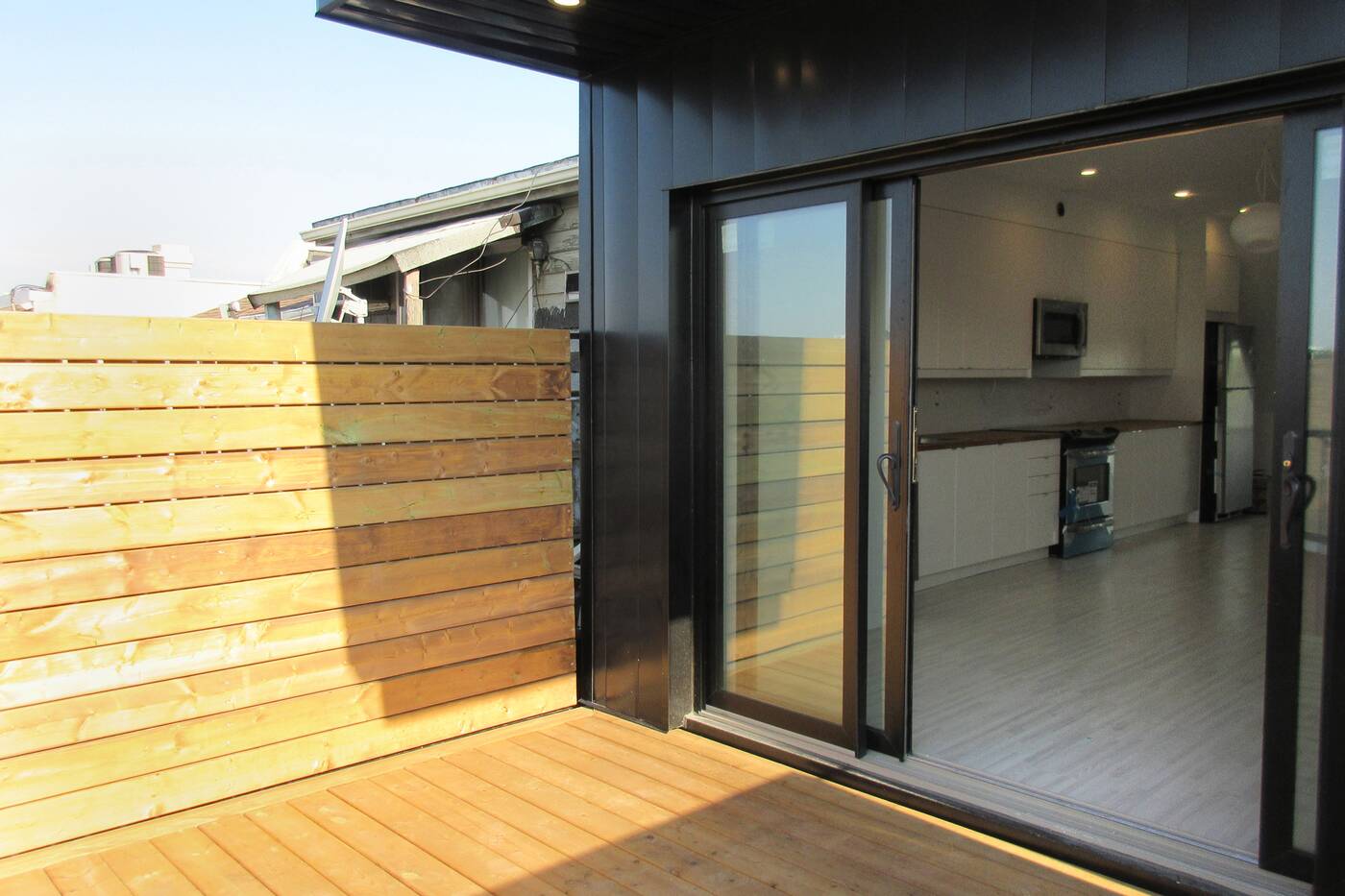 Each of the units have some access to outdoor space.

While many people think buying an electric car or reducing plastic use are the best ways to help the environment, they may want to look closer to home.

"You can have a bigger impact for less money by turning your attention to your home."