A Toronto property that has been around for nearly 140 years looks like a brand new home on the inside.

The home at 10 Flagler Street in Cabbagetown is for sale for $899,000 but may be off the market soon, David Joseph Fleming, a broker of record with Bosley Toronto Realty Group Inc., told blogTO. 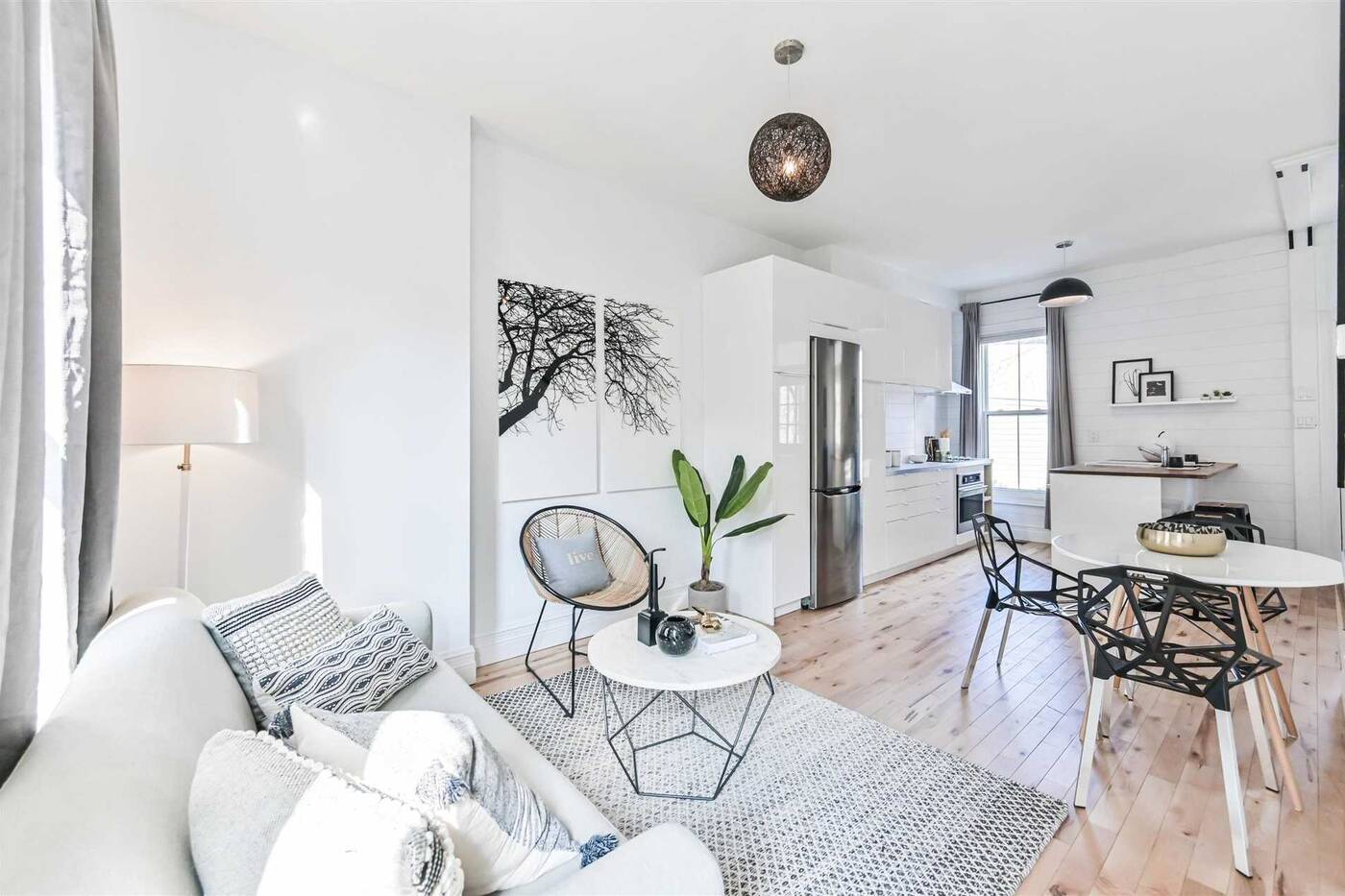 The main floor is an open concept living and kitchen area.

Built in the 1880s, Fleming said the home has been renovated several times over the years but the most recent upgrade came about two years ago. It is not a designated home but much of Cabbagetown is in a heritage conservation district. 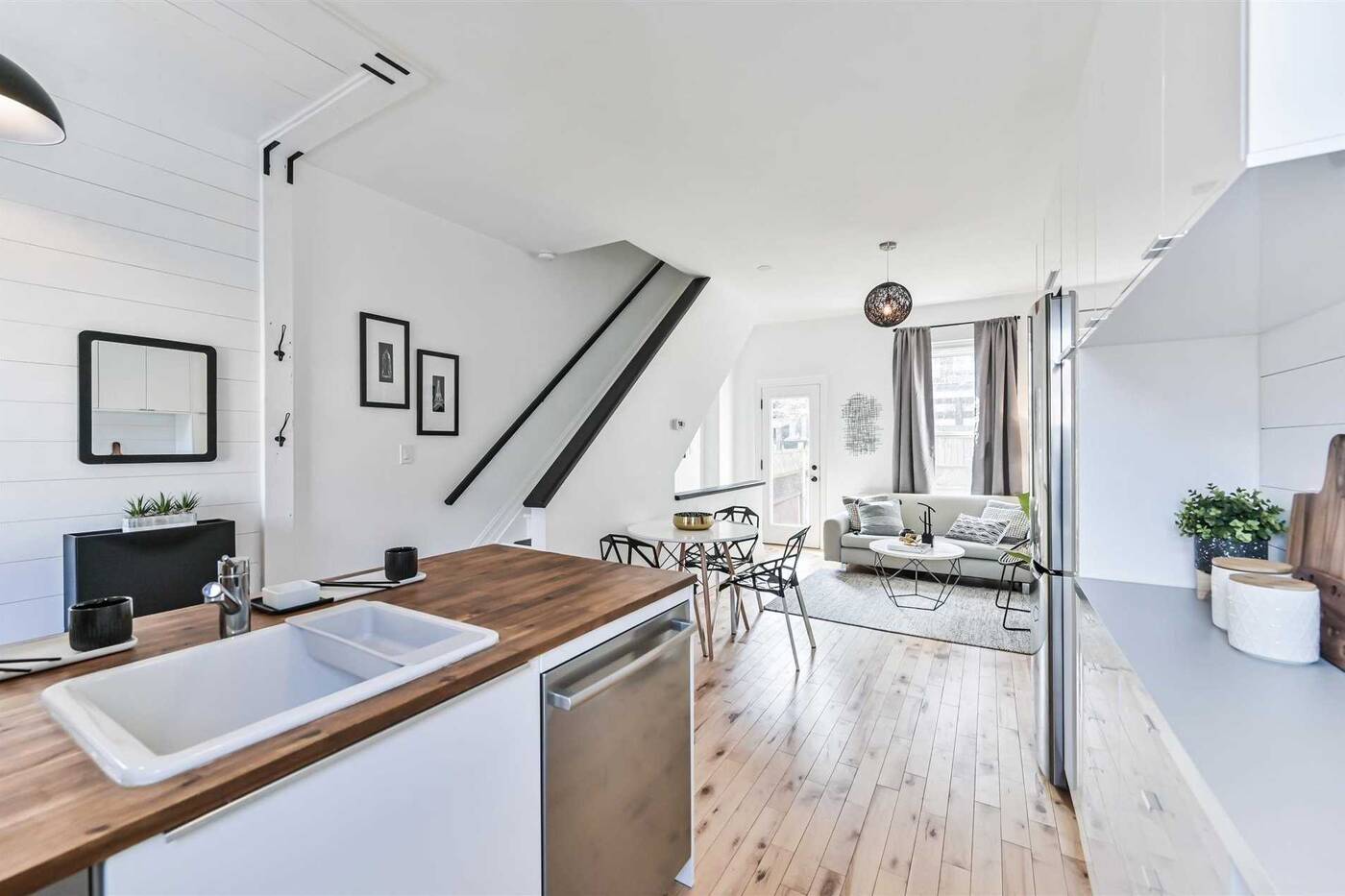 The kitchen was renovated about two years ago.

The living space on the main floor is open concept. The kitchen was fully renovated and comes with a breakfast bar. 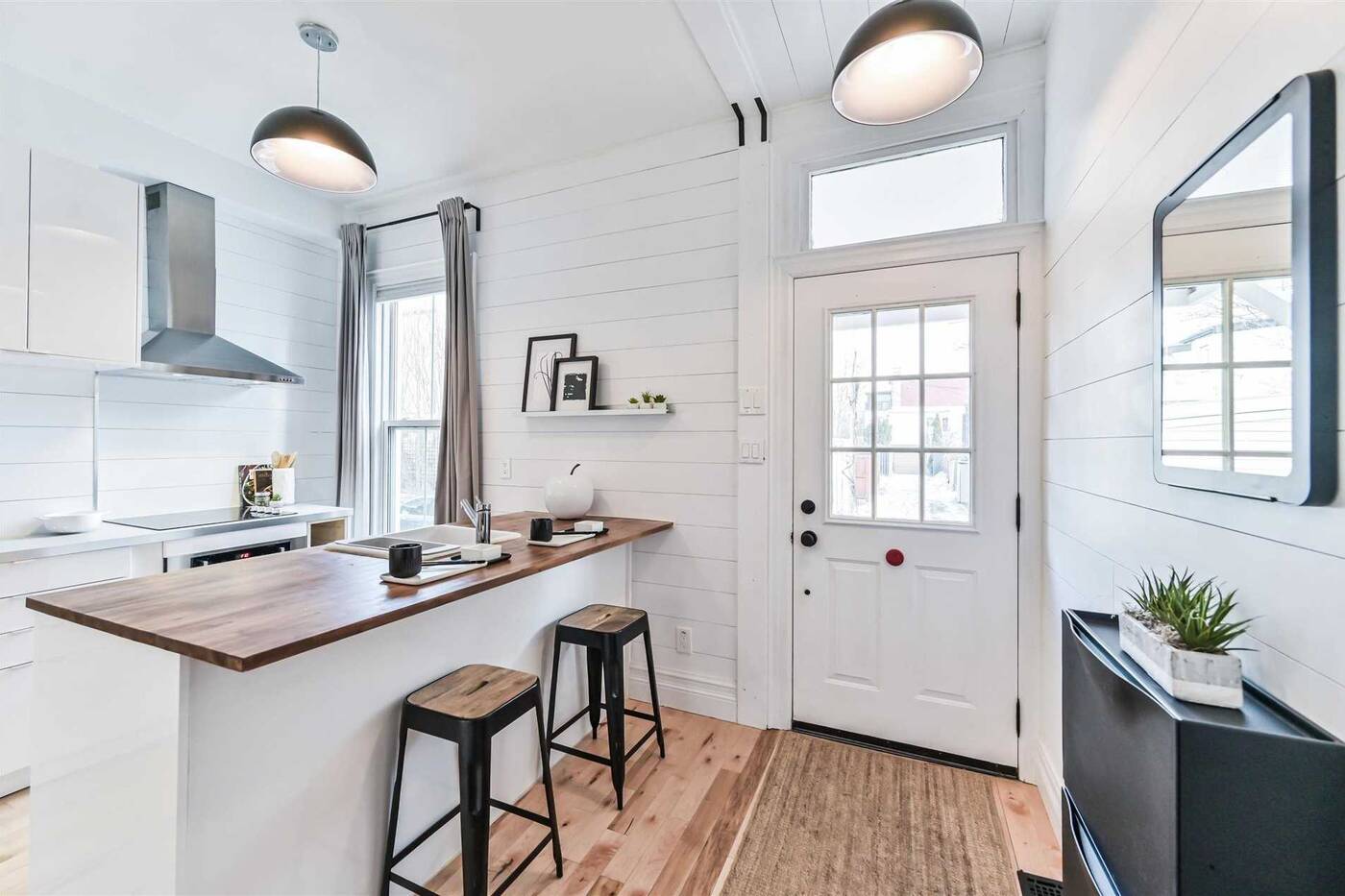 The kitchen is in the front of the home.

Although it is called a cottage in the listing, it is actually a townhome. Cabbagetown has many of these homes, which were referred to as worker's cottages or cabins.

"It is not a huge house obviously," said Fleming. "It is cute, it is cozy." 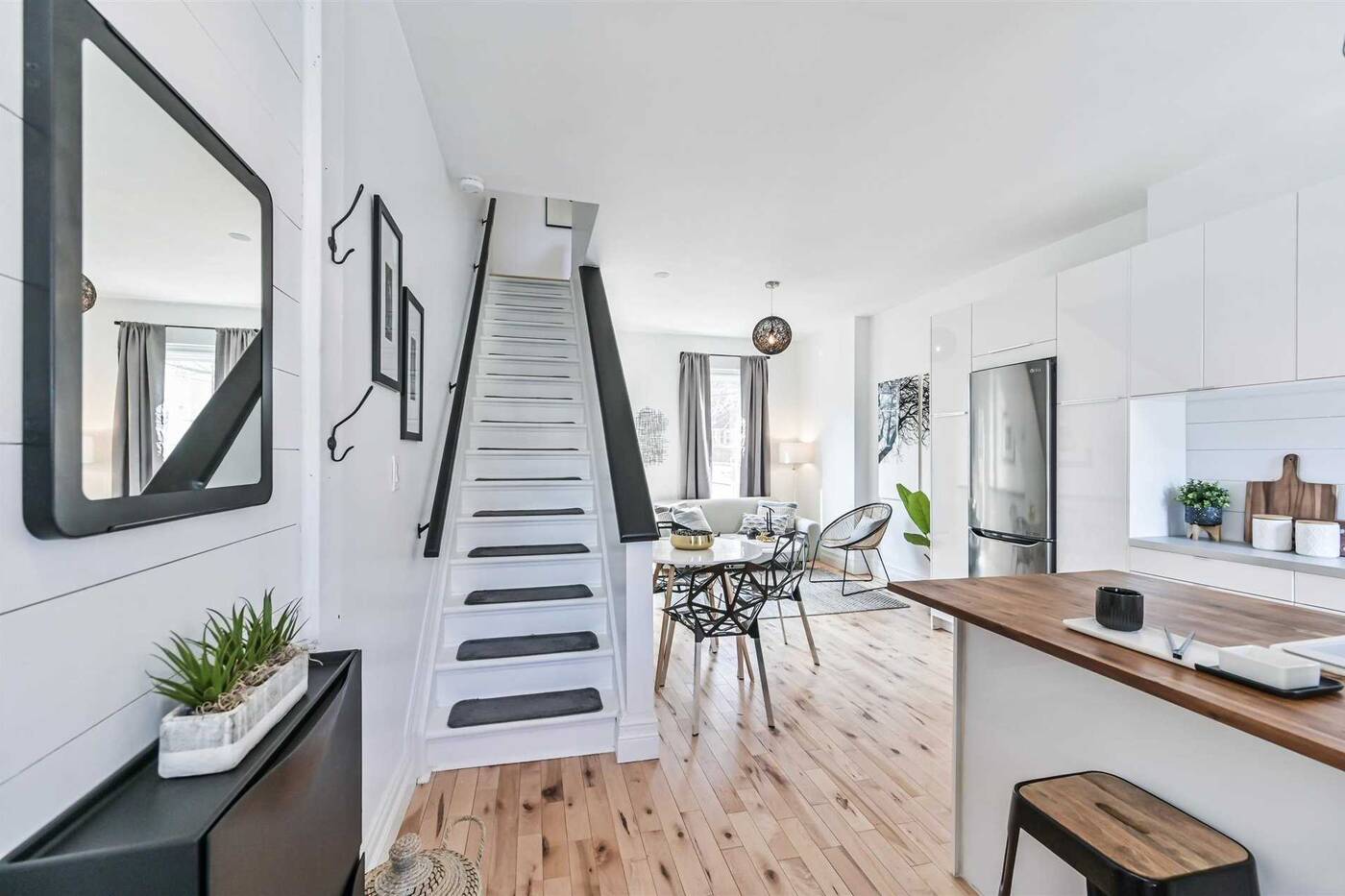 The home is small but it has three floors including the basement.

Including the basement, there is more than 1,000 square feet, Fleming estimated.

This home may be a good option for those looking to break out of condo living. The median price for condos in Toronto in 2020 was $580,000. 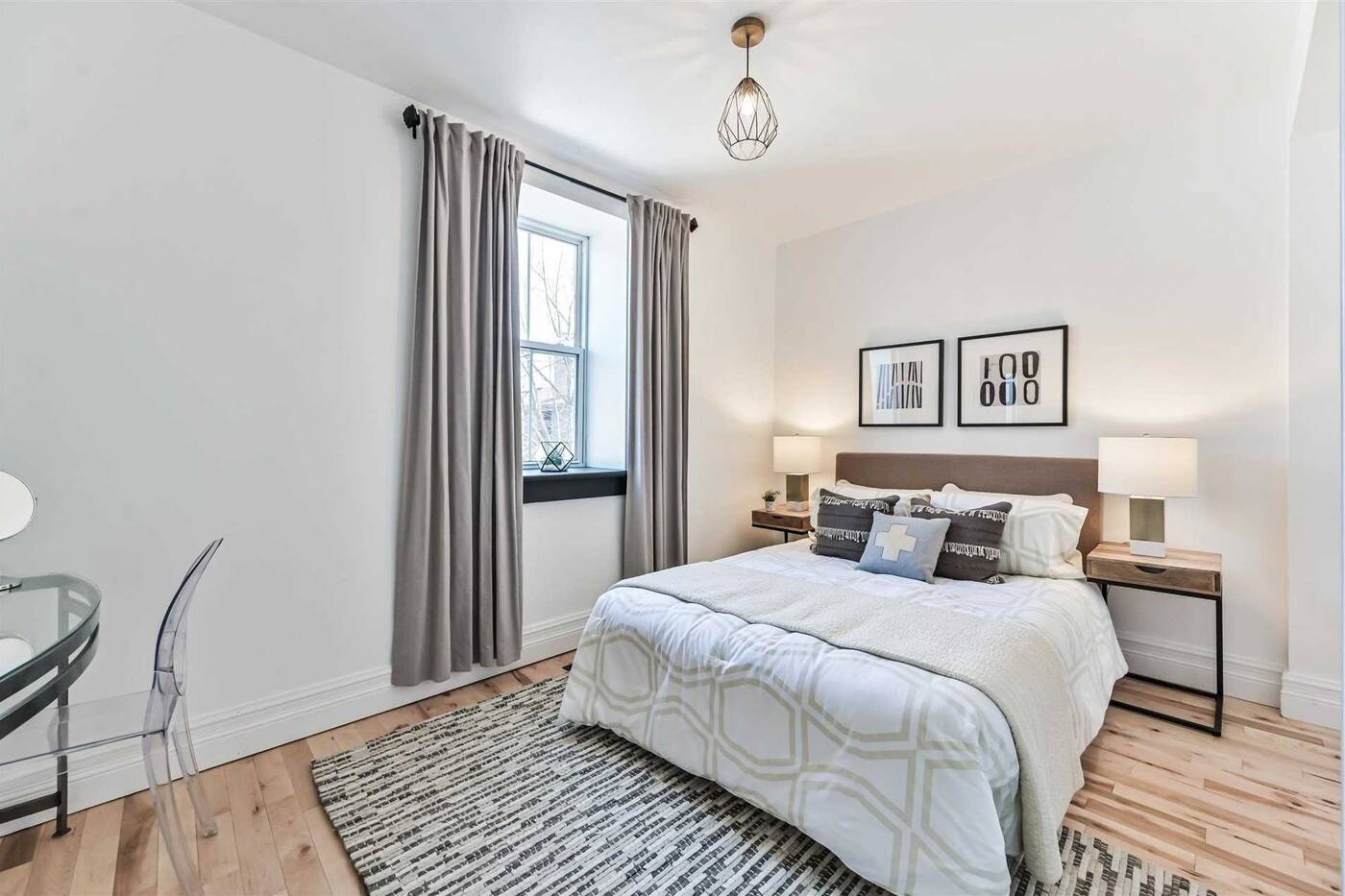 The bedroom upstairs is spacious.

"I hate the term condo-alternative because it makes it sound like the condo is the better item," Fleming said. "This far better than condo."

It is a freehold home in one of the best areas of the city, he added. 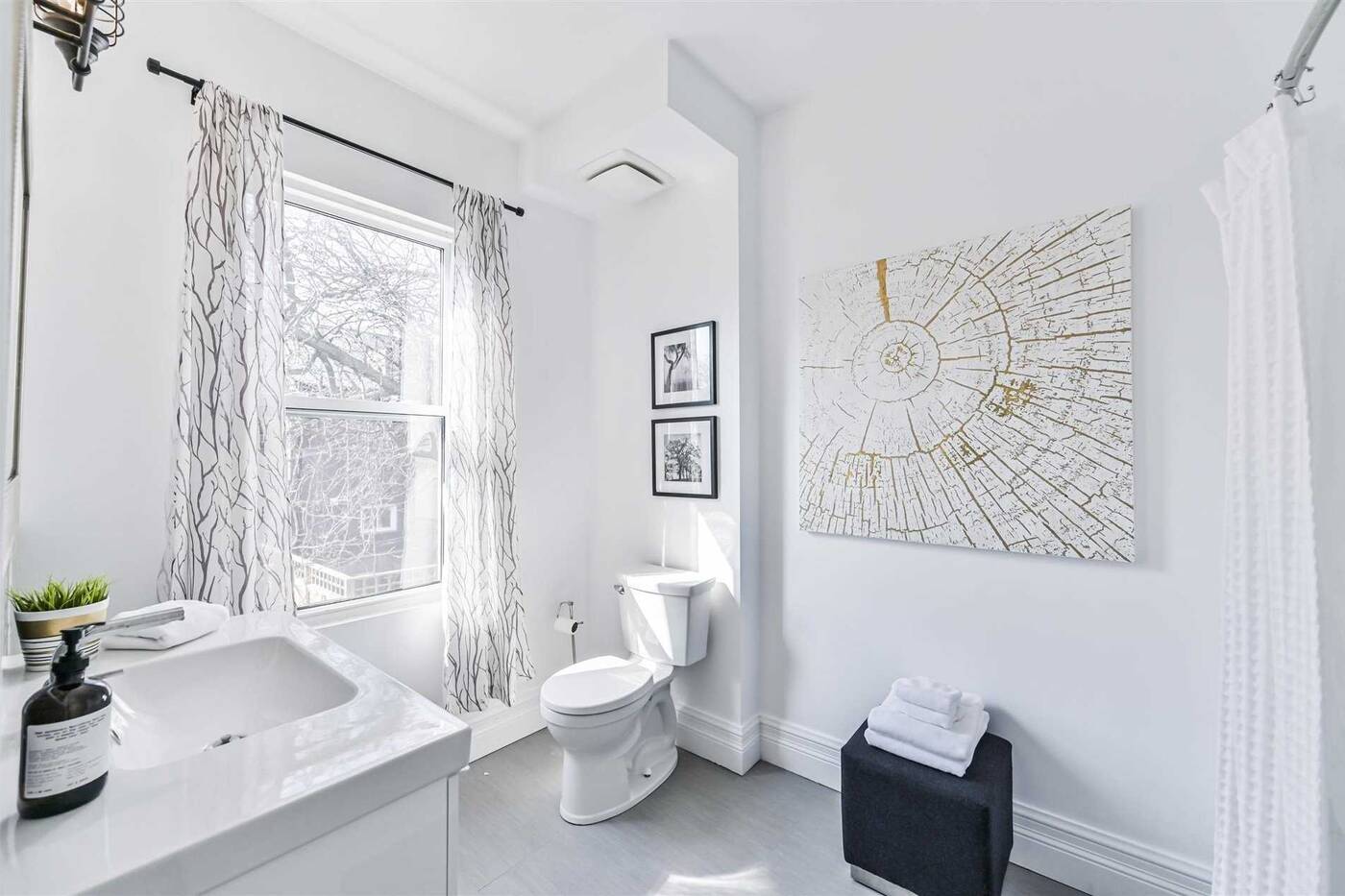 The bathroom upstairs is "supersized."

While it is a one-bedroom home, there is space.

"Upstairs you have got a supersized bathroom that makes me think originally it could have been a two bedroom."

The main bedroom is also a good-sized room with a double closet. 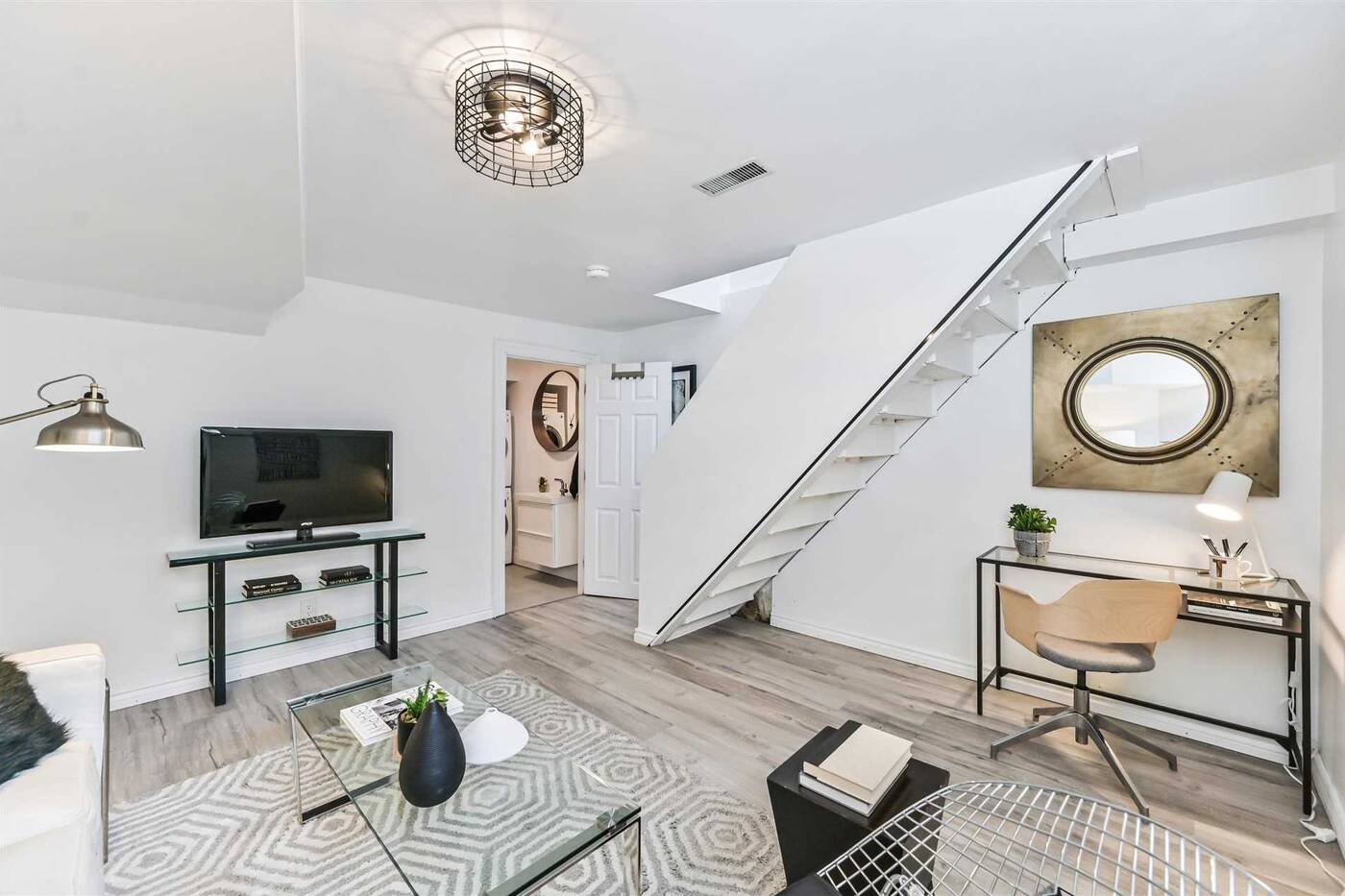 The basement has seven-foot high ceilings.

The gem of this home is the basement with a seven-foot high ceiling. 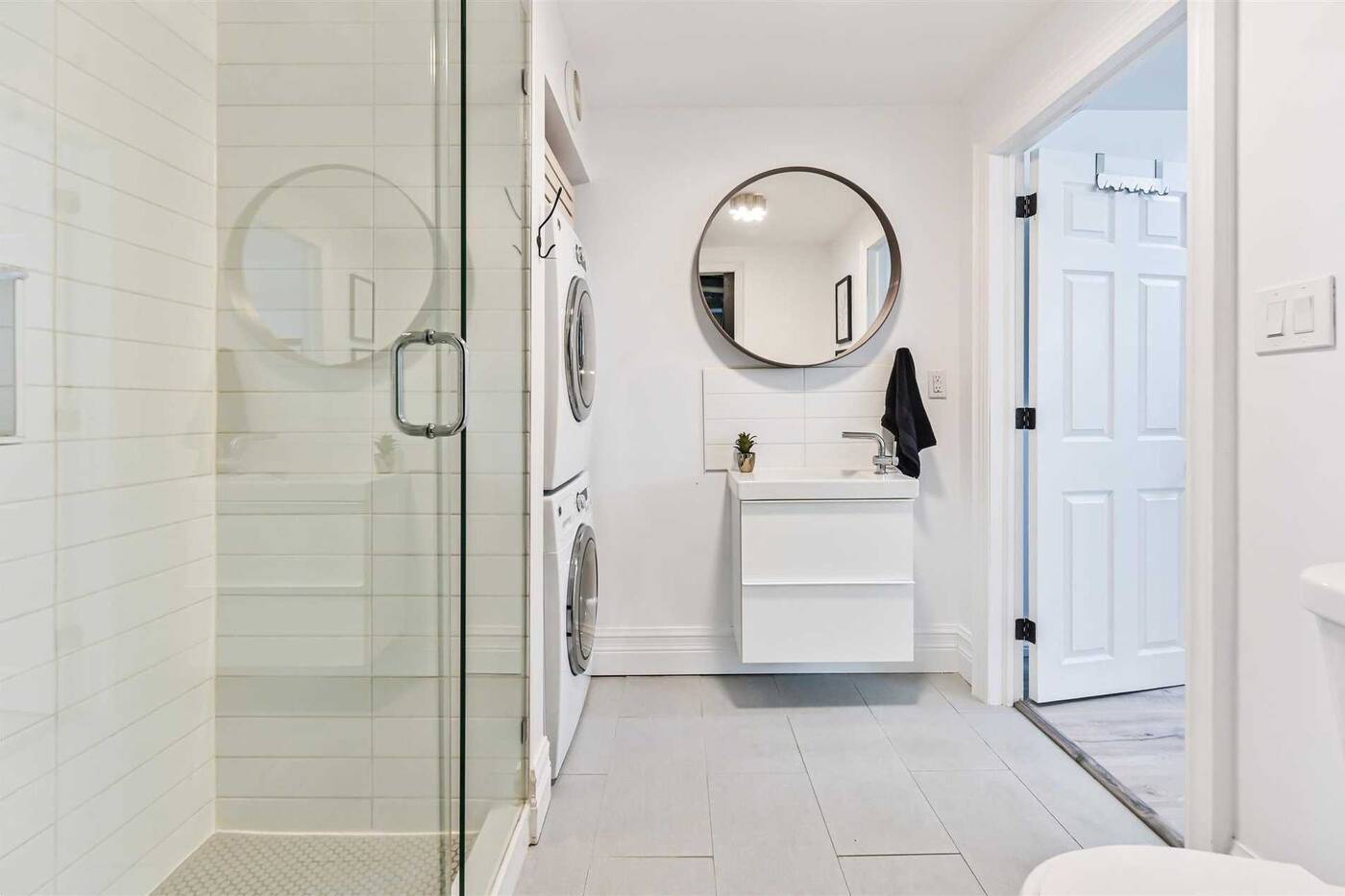 The downstairs bathroom has a large shower.

"Downstairs you have a got a full rec-room with great ceiling height and you have got an extra bathroom with a shower and laundry and storage."

The bathroom downstairs is newly renovated. 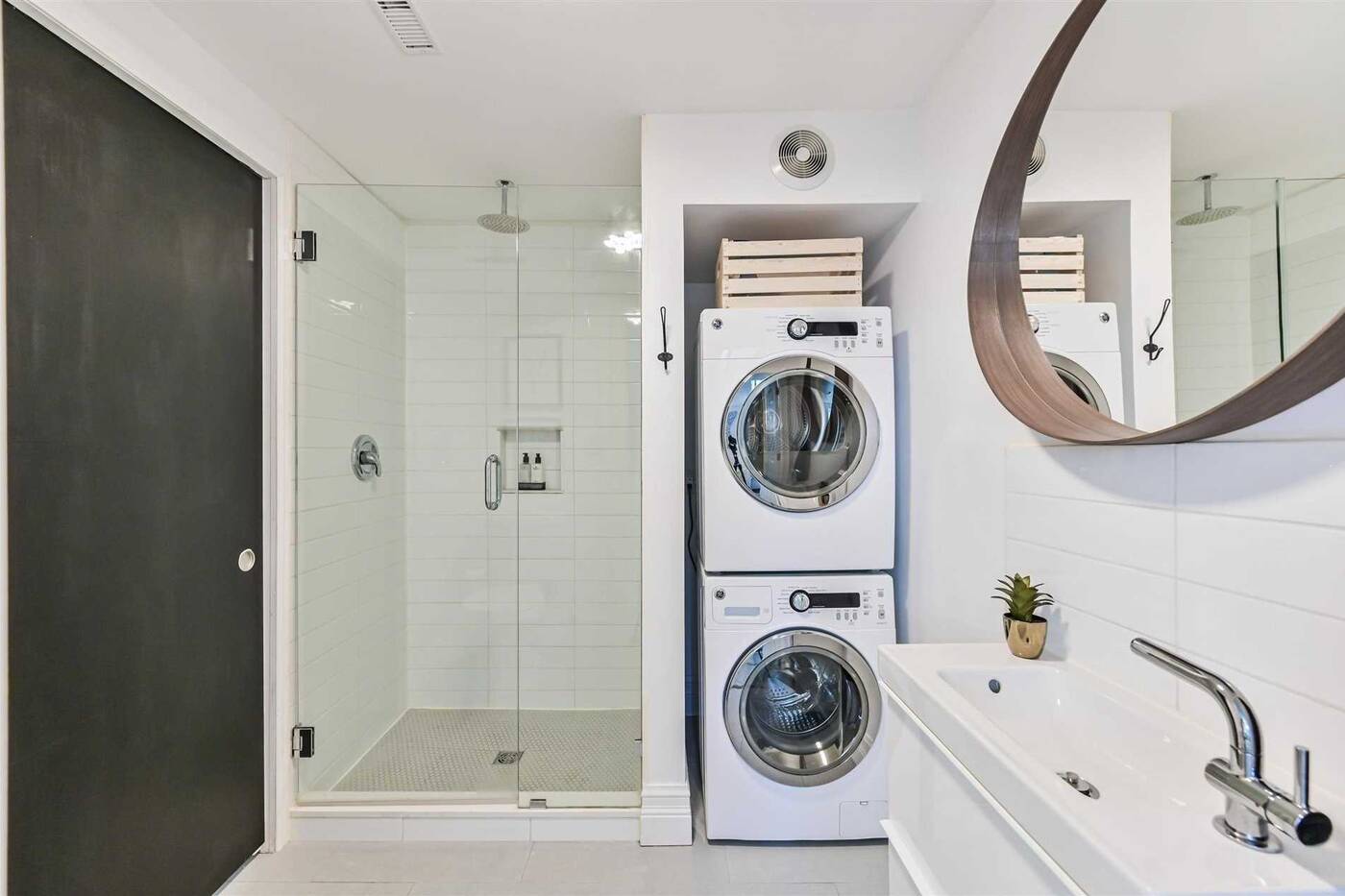 The downstairs bathroom has a washer and dryer.

The downside of this home is the lack of parking, which is common in Cabbagetown. The homeowner would have to purchase an on-street parking permit. 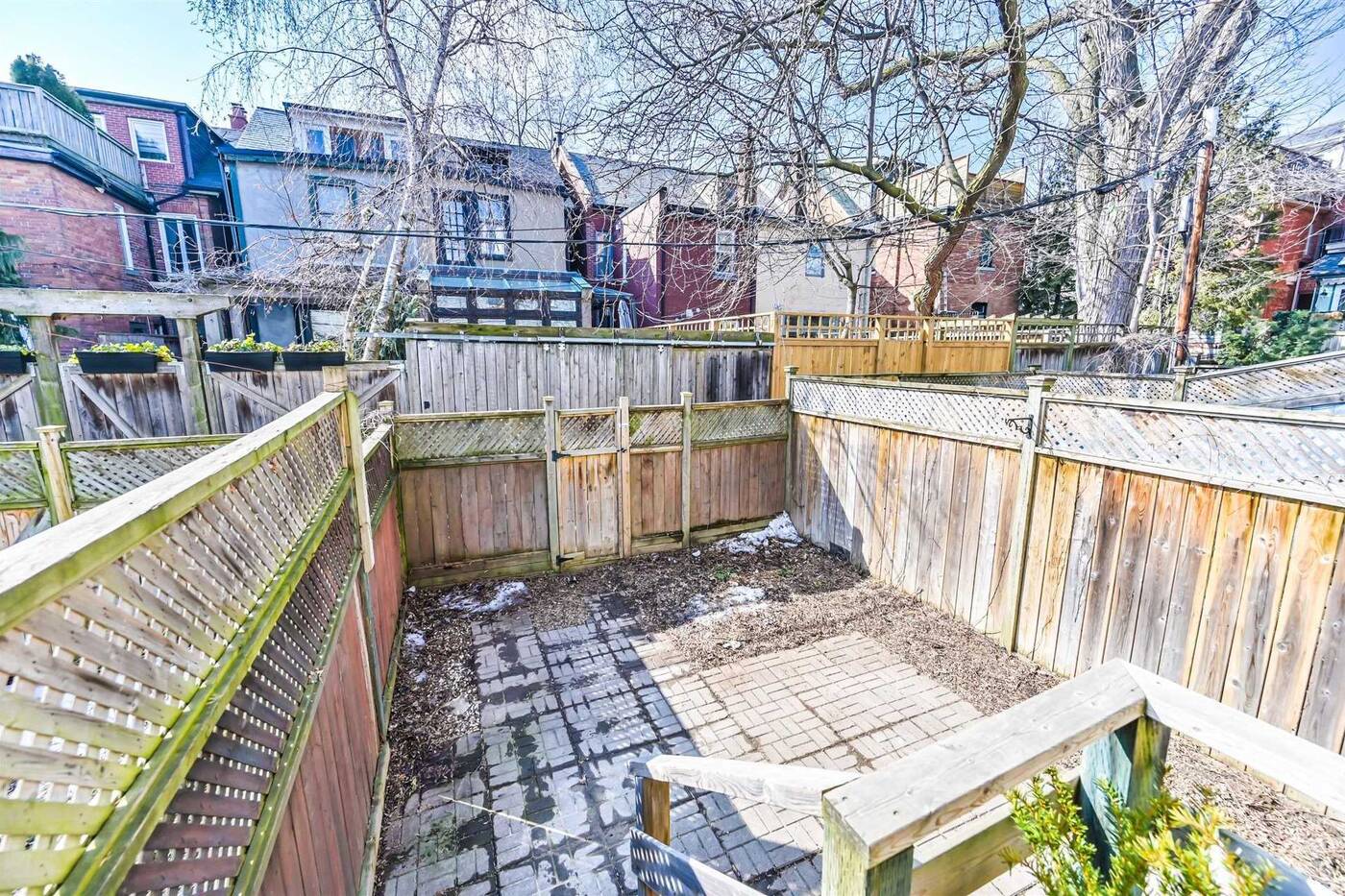 There is also a small backyard.

Anyone interested in this home should move quickly, as Fleming believes it could be sold soon.

Since the home was listed about a week ago, there have been around 40 showings, and offers are being accepted on Wednesday March 10th.

Condo sales in Toronto are back to hitting record highs

This is what a $5 million mansion looks like in Brampton