After nearly a year of rents steadily declining in Toronto, market analysts predict they'll be on the way up again after forecasting a 4 per cent rise for monthly rent costs in Canada's largest city by the end of 2021.

A new rentals.ca report suggests that while numbers are expected to continue declining for the first few months of the year, it should pick up near year-end as more people are vaccinated and COVID-19 rates begin to fall.

However, it isn't all bad news for prospective tenants looking for a new place to live. Ben Myers, President of Bullpen Research & Marketing, believes that those looking to rent in the city will have more negotiating power than ever.

"For the first time in decades, tenants have a lot of negotiating power, as listings increased significantly in 2020," says Myers. "Many tenants are no longer constrained by their commute, and seeking cheap accommodations, or more space."

Toronto isn't the only city expecting such a rise either, with the report stating that rents could increase by as much as 3 per cent across the country.

With more businesses allowing employees to work from home, it will be interesting to see if people continue to leave or avoid moving into the city in favour of suburban residences.

Meanwhile, the cost of homes in the GTA has been projected to hit new highs. 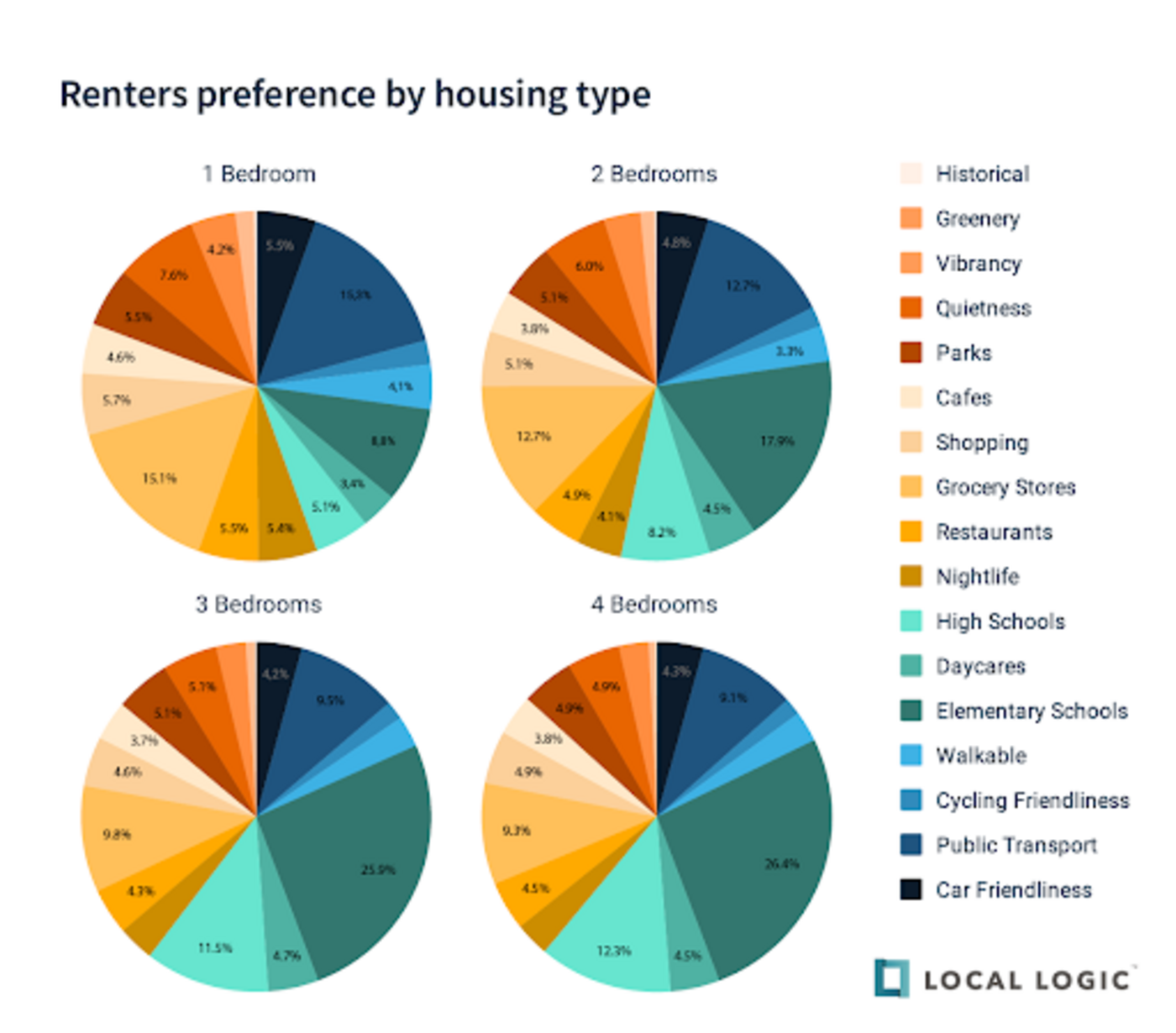 Smaller units made up 68.9 per cent of the rental market in Canada in 2020, an 18 per cent  increase compared to the year previous. Image via Local Logic/Rentals.ca.

Should this trend continue, Toronto may see its largest rental increase in smaller units, while those looking for more space continue to choose the suburbs.

"My expectation is that average rental rates will continue to decline for the first four to five months of the year," says Myers, "But they will pick up in the second half of the year as vaccinations increase and COVID numbers decline."

With offices closed, Myers says the downtown condo market has less appeal for renters who must now work from home.

"A major decline in COVID numbers will be the only thing that reverses this trend," he said, noting a surplus in renters "moving to cheaper suburban suites and avoiding the tall towers with long elevator rides."

Recently, Vancouver overtook Toronto as the most expensive city for one-bedroom rentals so it may only be a matter of time before the throne is reclaimed.

After a record-high population loss for Ontario's capital last year, a surge of people moving back into the city as it opens up could result in vacant units filling faster than can be supplied and driving the rental prices up as a result.

As things slowly return back to normal throughout the city, a rising cost of living is no exception.