The former Matador Club, the city's most famed country music venue that saw such live acts as Johnny Cash and Joni Mitchell, may soon be demolished for a low-rise mixed-use condominium.

An application has just been submitted to turn the more than 100-year-old building at College and Dovercourt into a six-storey structure containing more than 1,000 square metres of commercial space over the basement and bottom two floors, and 30 residential units on the top four. 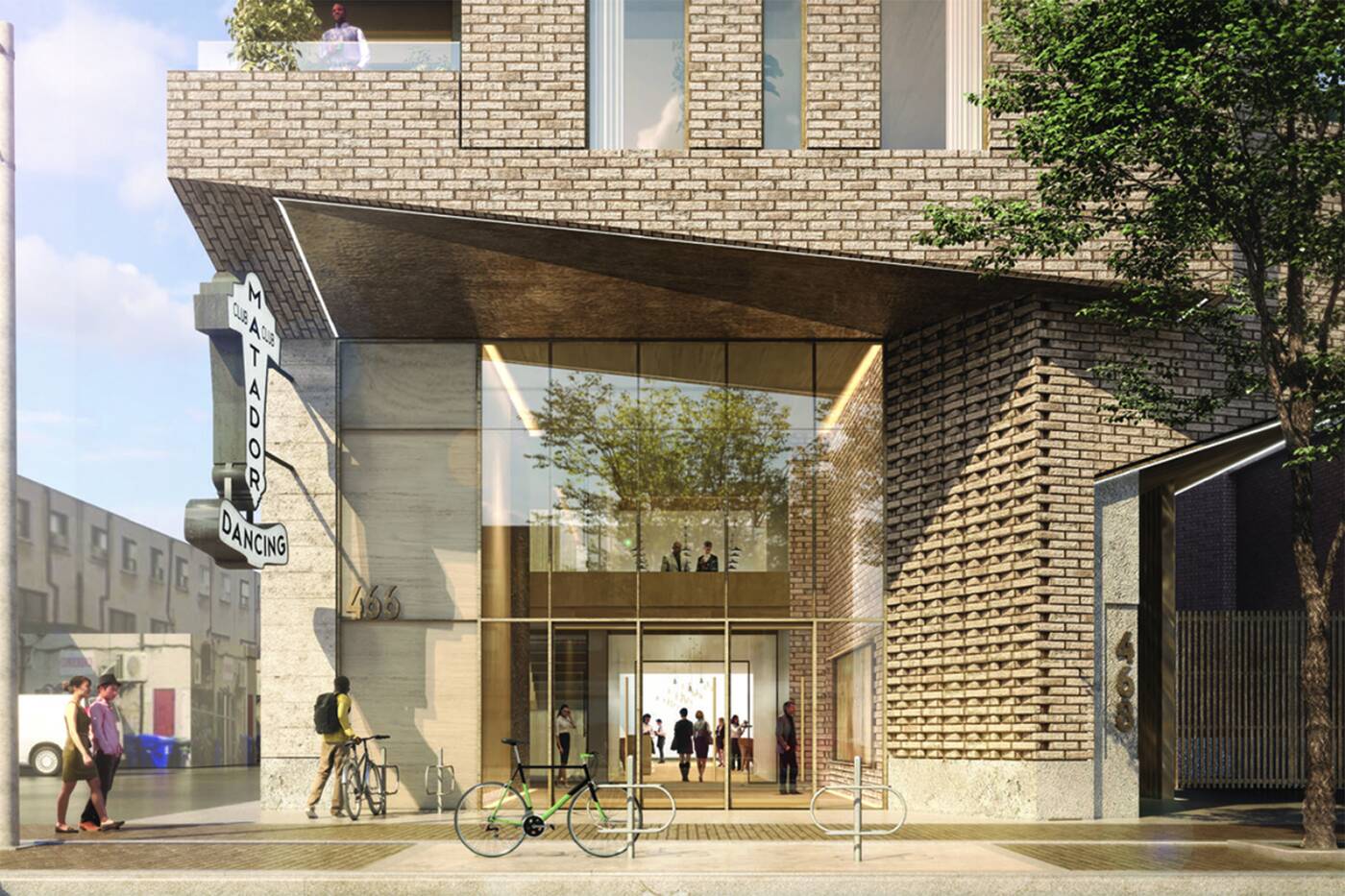 The exterior renderings depict an unremarkable tan-brick building with tall, skinny windows and corner balconies. The original Matador sign and other aspects of the venue, including its interior "signature wall", are included in the designs by Toronto/Hong Kong firm Axia Design Associates.

The property's former owner, who purchased it a few years after the Matador closed down in 2006, had fought for eight years to revive the venue in some iteration. He encountered a number of roadblocks, most of them financial, and ended up losing ownership of the space in October 2018.

Many music fans held out hope over the years that the lot at 466 Dovercourt Road could be restored to its former glory as a live music joint at some point, but unfortunately it looks like it will be facing the same fate as a slew of other beloved venues have in recent years.