New Toronto home is meant to look like a mask

Is it just my tendency to anthropomorphize absolutely everything, or do a lot of houses look like they have faces?

Take a peek at the average Toronto Victorian and think about it: Two eyes for windows, a door or front window as an agape mouth, shutter eyelashes, awning moustaches, gable roof hats... sometimes they even have decorative brick details that look like eyebrows.

It's a thing, but don't take the word of some random internet person (me). 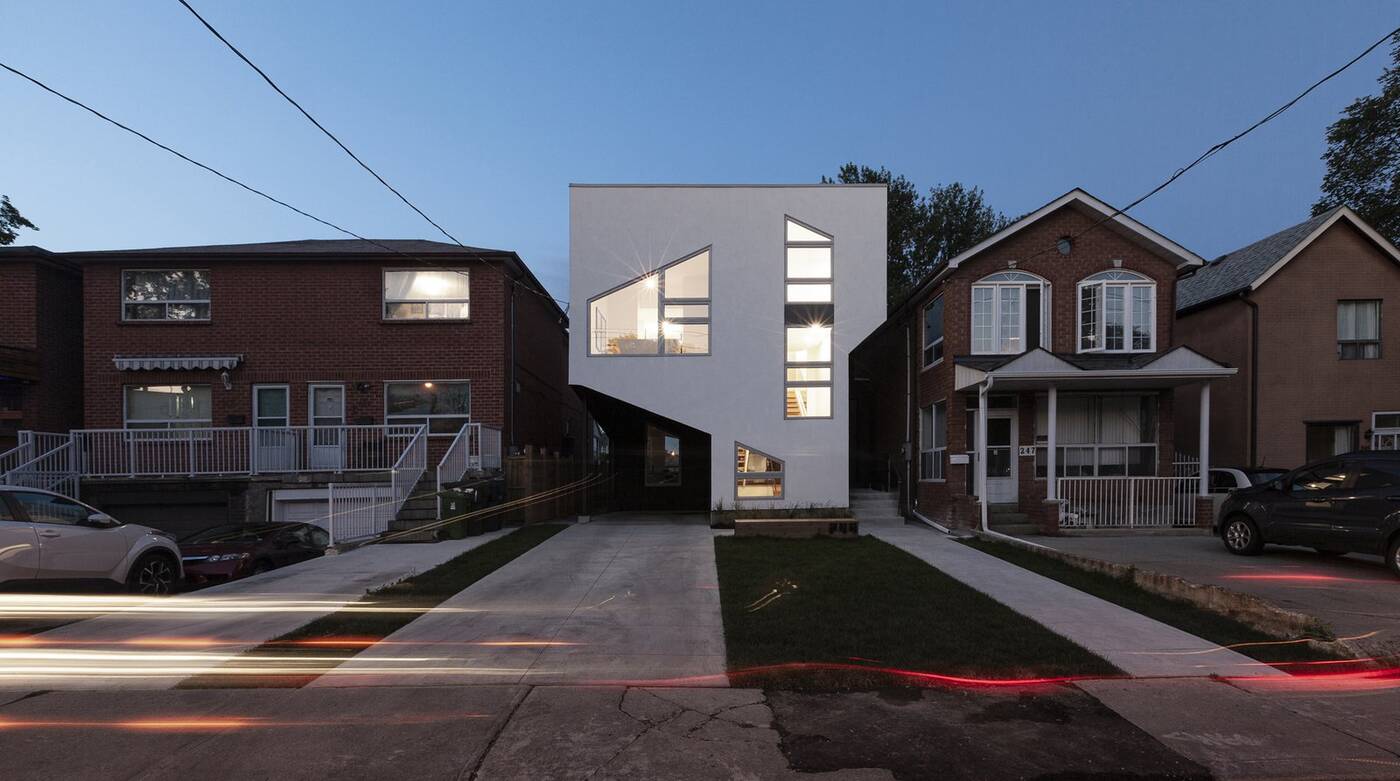 One of Toronto's hippest boutique art and architecture practices is making waves this week for the design of a newly-unveiled infill home it has dubbed "The Mask." 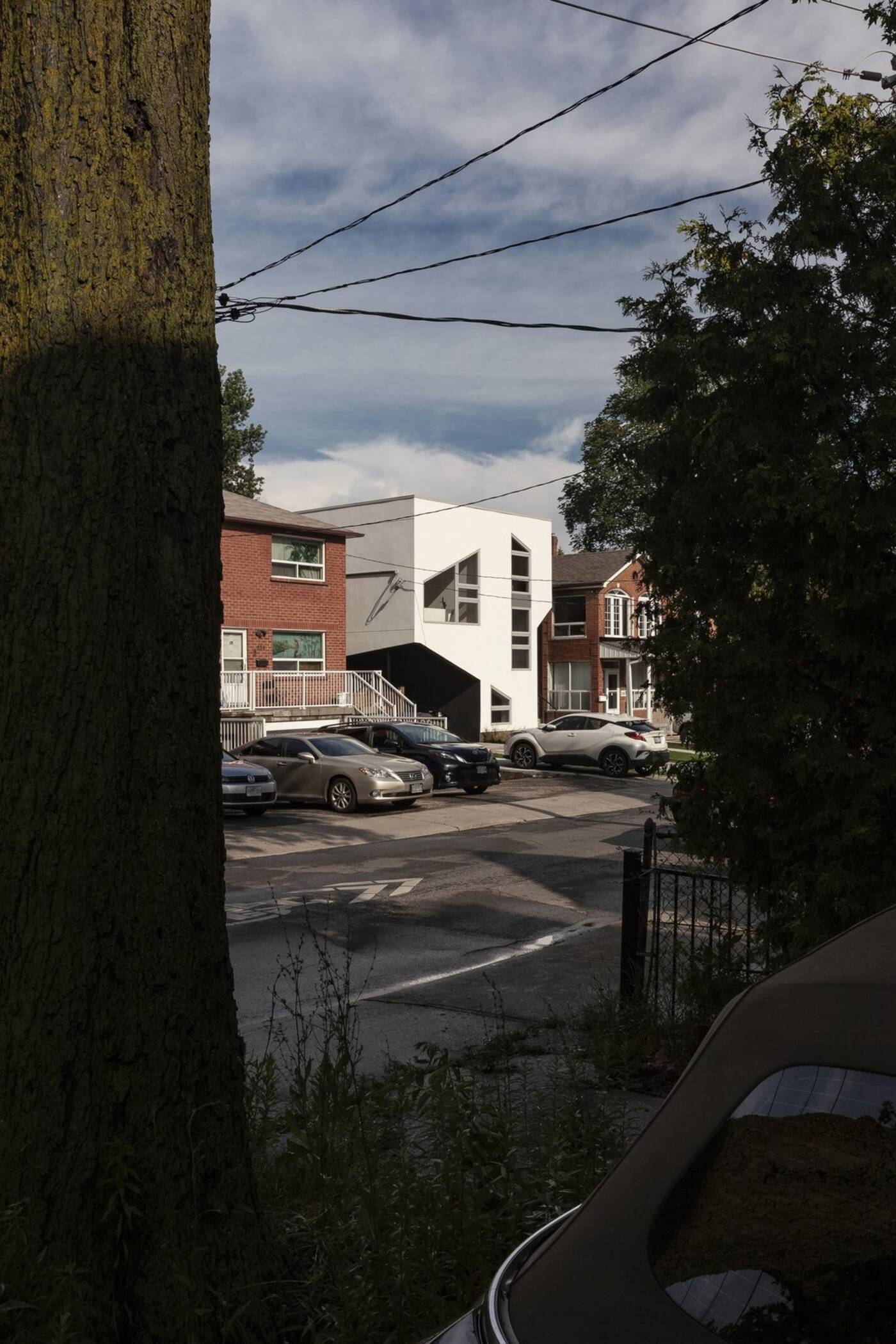 Situated in Toronto's Roncesvalles neighbourhood, the stark, white, geometric house is wildly different from everything else on the street, but somehow manages to blend into its surroundings almost seamlessly.

That's intentional, according to architect Reza Aliabadi of Atelier RZLBD. 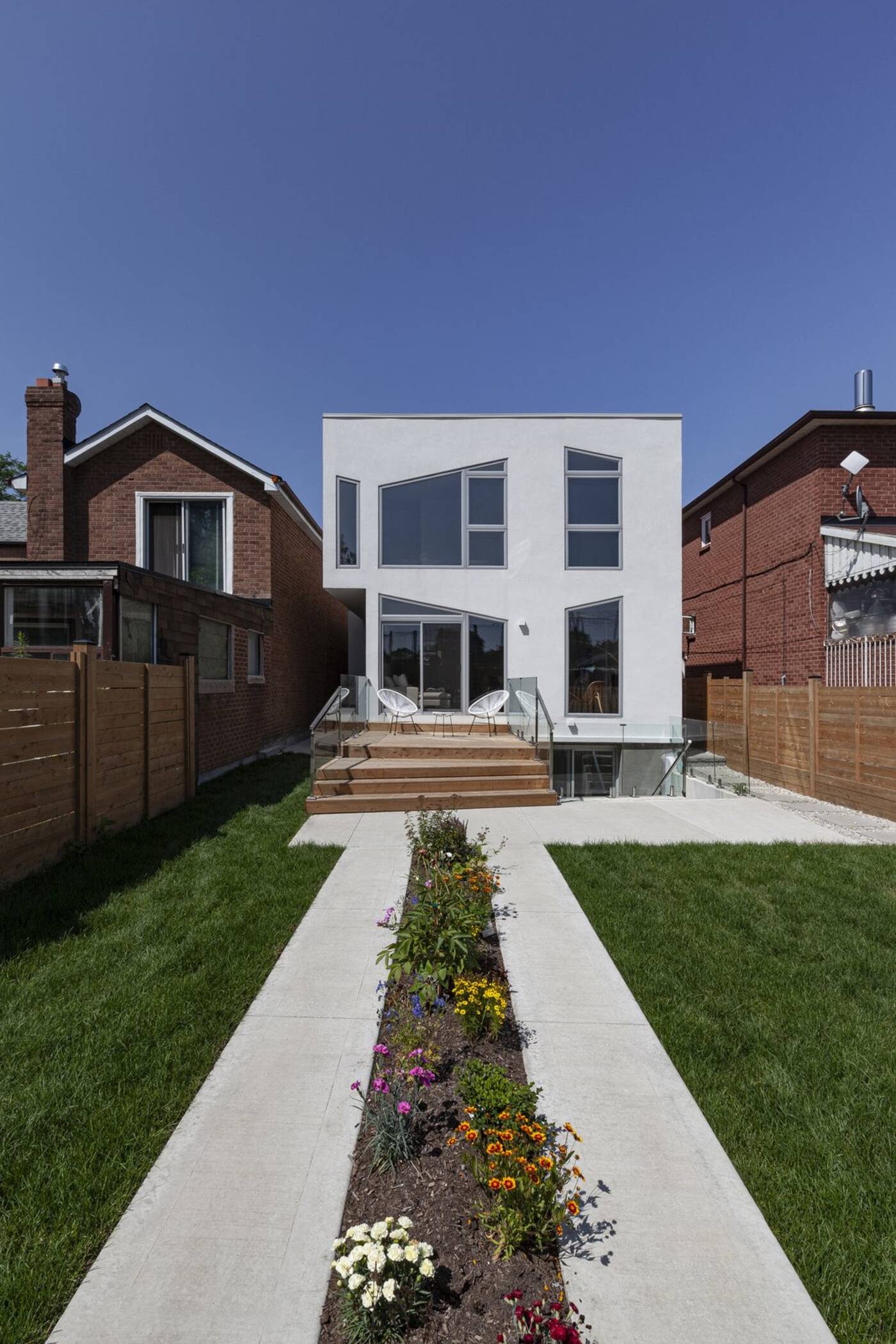 "The Mask House is a two-storey dwelling that grounds its presence by embracing juxtapositional qualities in order to set an example for its neighbourhood, which is undergoing a rapid gentrification," reads a description of the project uploaded to RZLBD's website.

"The 'mask' intentionally plays the role of being a mediator between the haphazard surrounding environment and the serene orthogonal interior order," the description continues.

"By wearing the mask the building becomes a 'positive virus,' it will affect, engage and change its immediate environment — extending out an invitation to play a new game." 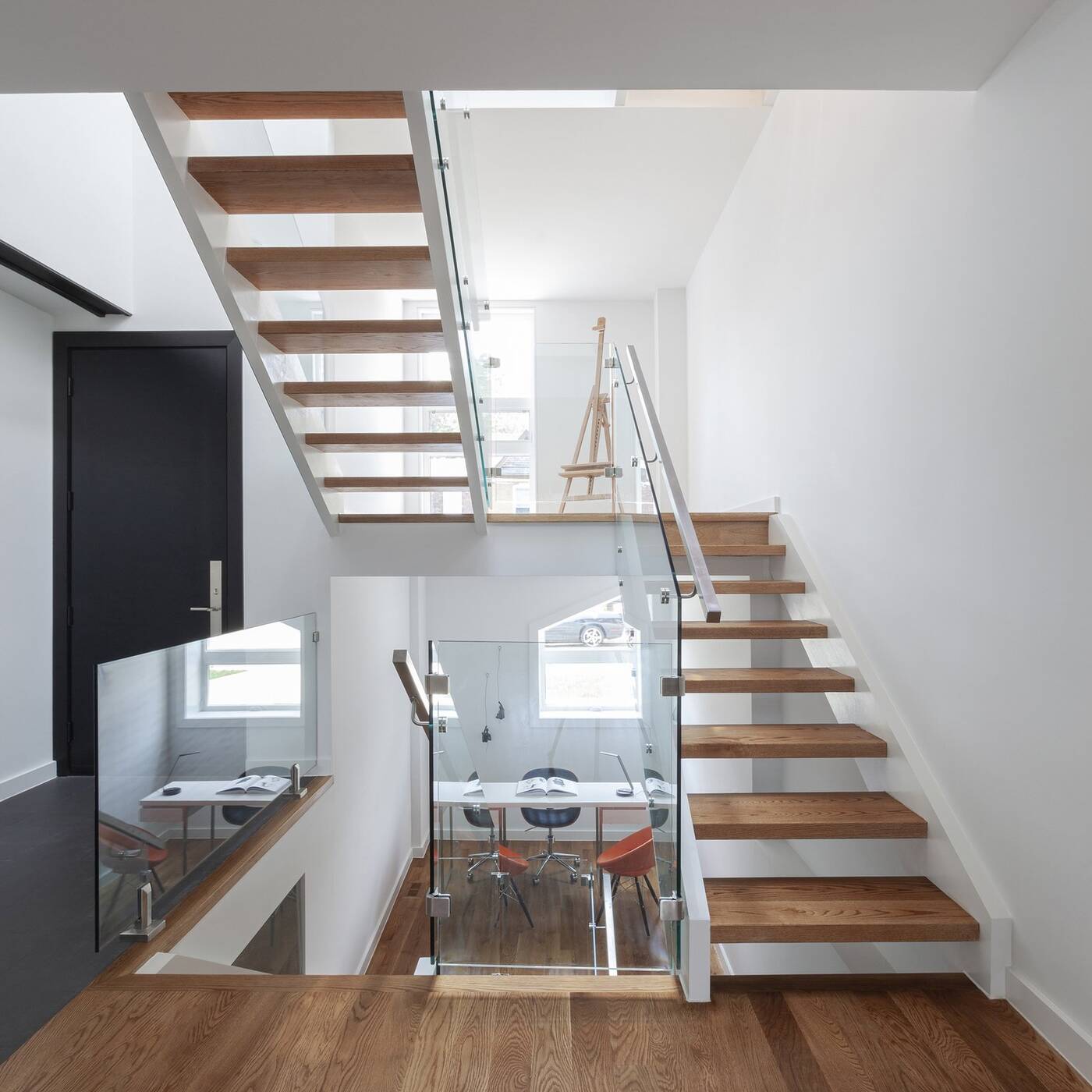 These design principles are said to carry throughout the interior of the house as well, representing RZBLD's "unceasing exploration for spatial order and geometry." 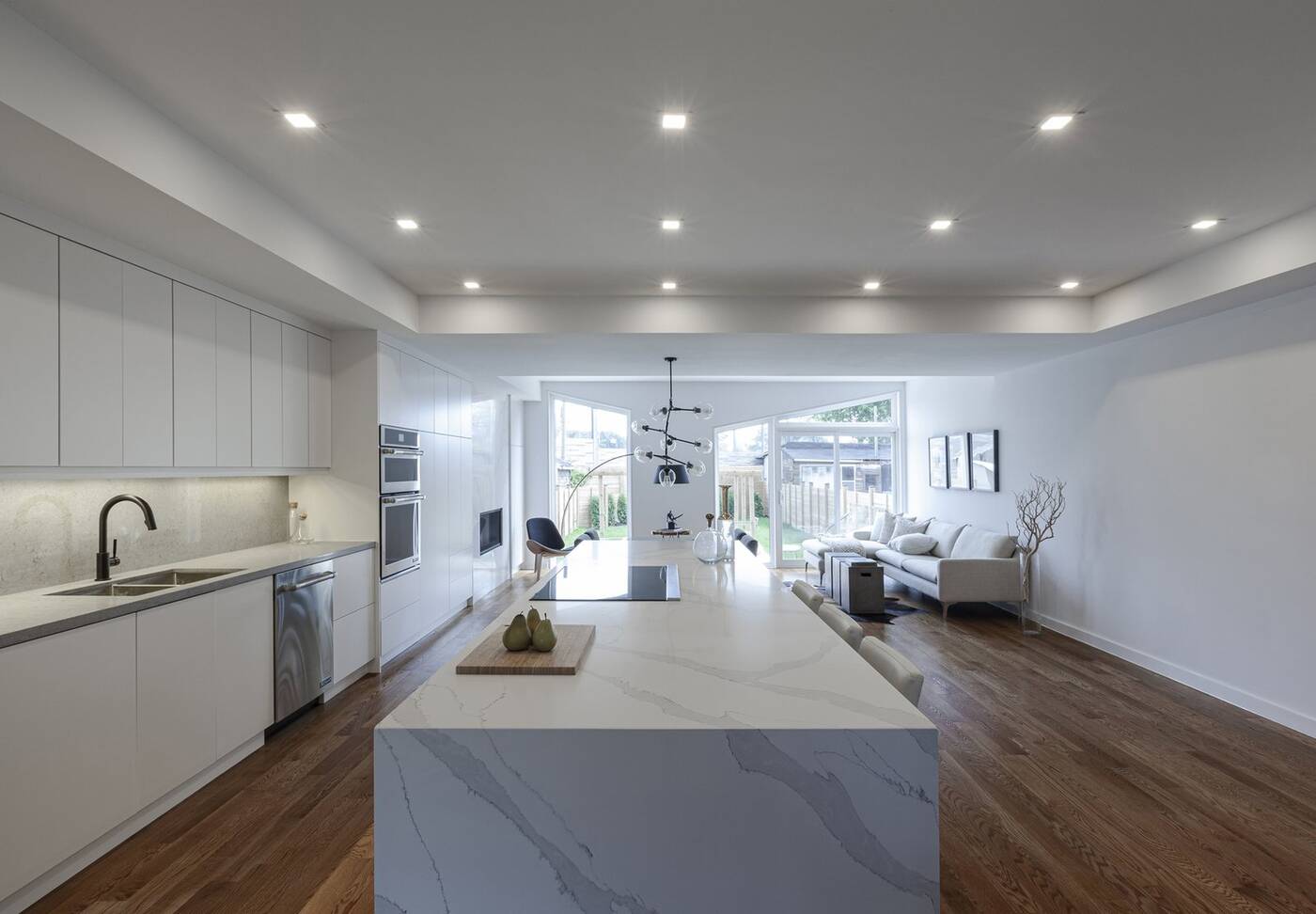 The home was completed this summer and sits on what architects call a "narrow elongated trapezoidal site" on Toronto's west side.

Working within the confines of a tight budget and strict City of Toronto zoning by-laws, Aliabadi and the RZBLD team appear to have succeeded in their stated goal of making a home that "brings vivid energy, inspires renewal, and suggests possibilities that design can offer." 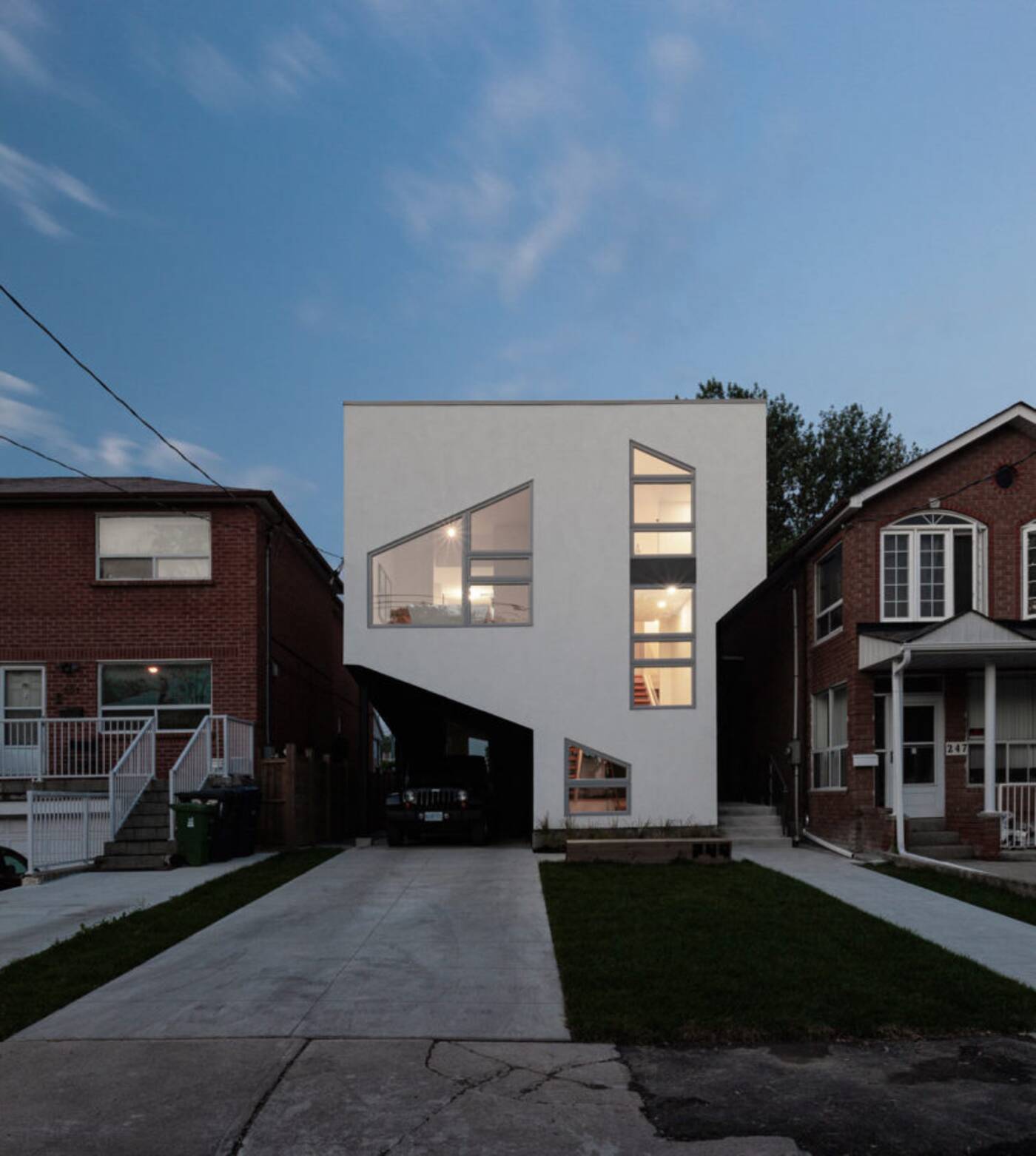 Based on the dictionary definition of mask as "a covering for all or part of the face," they also proved that people who see houses on faces aren't entirely alone.